Amanda Holden, 51, stuns in an extravagant Union Jack gown as she celebrates the Queen’s Platinum Jubilee by posing with London’s iconic landmarks ahead of BGT live show

Amanda Holden looked stunning in a Union Jack themed gown in an homage to Platinum Jubilee at the Britain’s Got Talent semi-final on Friday night.

The star, 51, flaunted her toned physique in the red, white and blue ensemble which featured a tight, crimson bodice with an exposed back.

The bespoke House of Sheldon Hall piece was brought together with a show-stopping skirt and train. 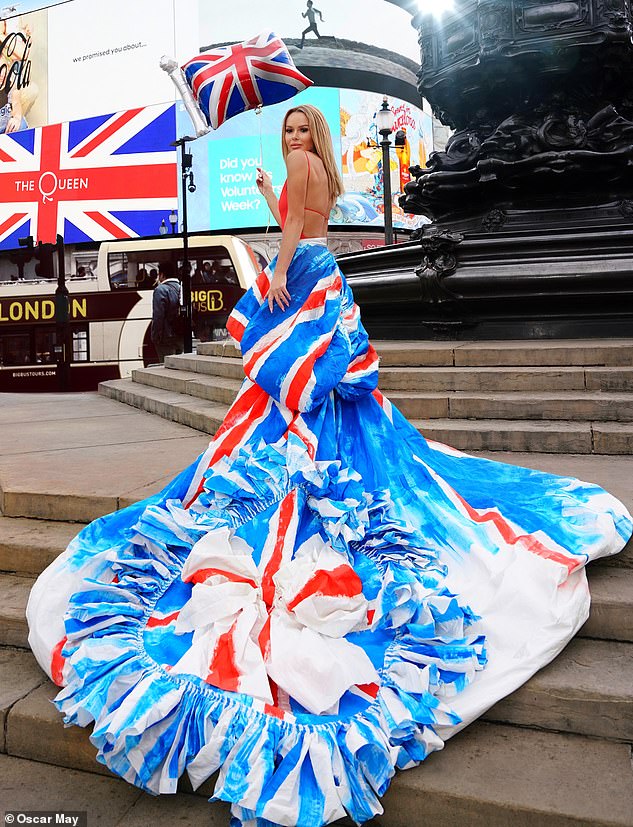 Red, white and blue: Amanda Holden, 51, looked stunning in a Union Jack themed gown in an homage to Platinum Jubilee at the Britain’s Got Talent semi-final on Friday night

It included ruffled detailing and acid-wash prints of the UK’s flag.

She posed up a storm at some London landmarks, capturing herself in the patriotic ensemble ahead of Friday’s semi-final. 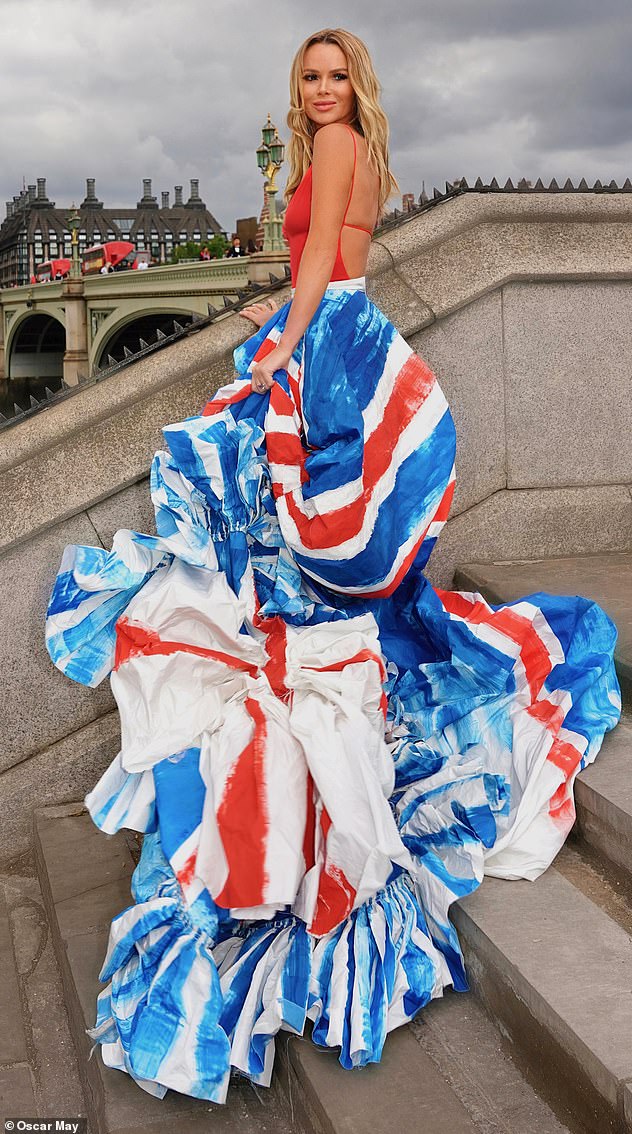 Patriotic: The star flaunted her toned arms in the red, white and blue ensemble which featured a tight, crimson bodice with an exposed back

The media personality was snapped at Westminster Bridge, Trafalgar Square and by the Houses of Parliament.

It comes as BGT judges on Thursday revealed their favourites as Simon Cowell confessed that there could be ‘two or three’ wildcard acts in Sunday’s final.

Speaking with Josie Gibson on This Morning, Simon was joined by Amanda Holden, Alesha Dixon and David Walliams as they discussed the talented hopefuls. 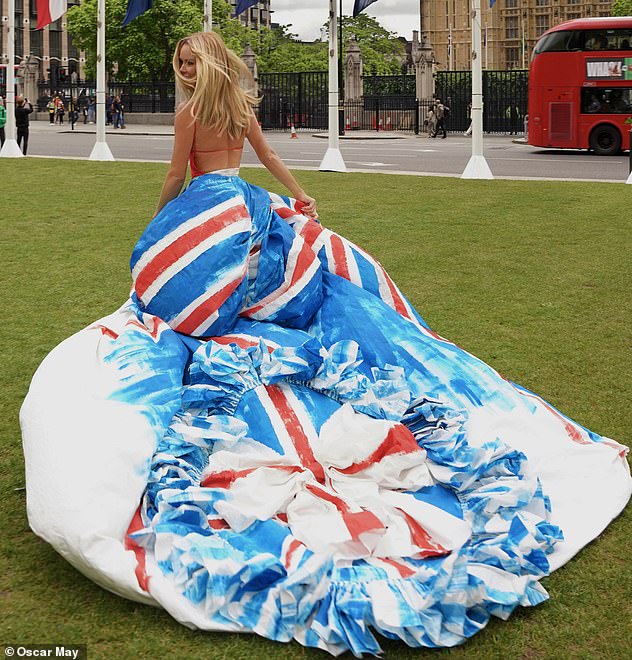 Jubilee fashion: She posed up a storm at London landmarks ahead of the final, capturing herself in the patriotic ensemble ahead of Friday’s semi-final 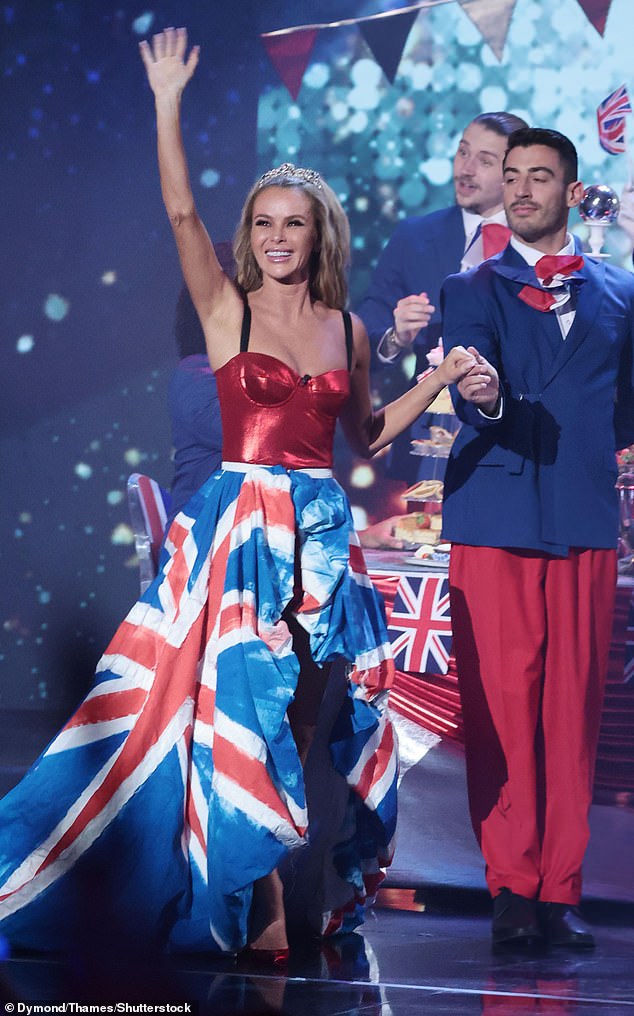 Britain’s Got Style! Amanda stunned in a flashy gown featuring the Union Jack, paired with a tiara

The music mogul, 62, divulged that his favourites to win were Maxwell [Thorpe] and Eva [Gale] whilst David, 50, joked that Simon just liked ‘making money from them.’

When asked by Josie who they thought was best, Alesha said: ‘I absolutely love Fintz and T4ylor my golden buzzer act, aside from them I think Eva is my favourite.’

Simon chimed in: ‘Maxwell and Eva are my favourites.’ 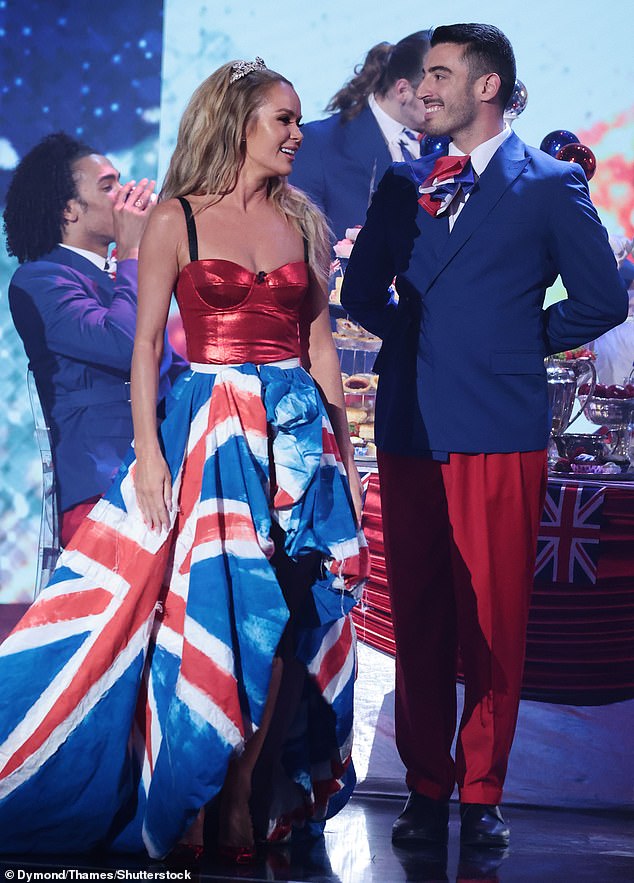 Royal: The star paid an homage to the Platinum Jubilee with the red, white and blue gown on BGT 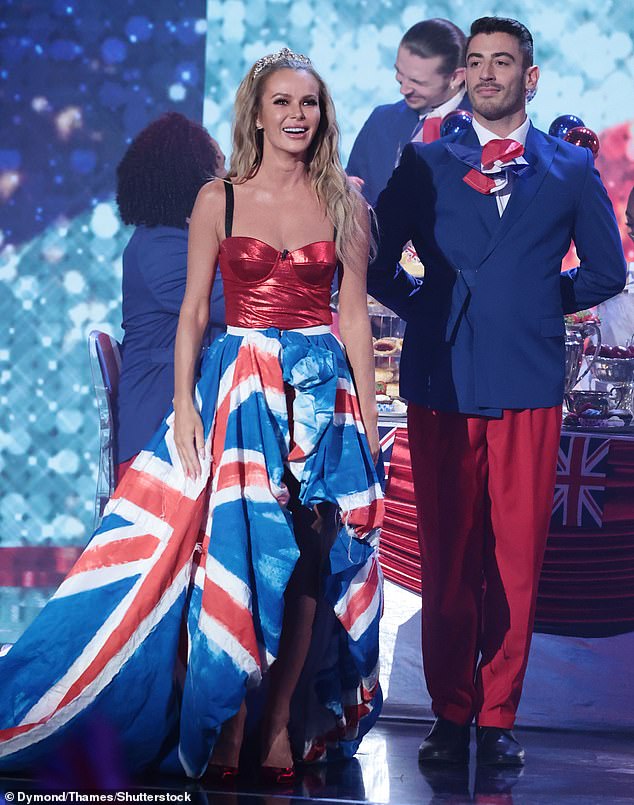 All smiles: Amanda grinned as she showed off her stunning gown, featuring a red bodice and Union Jack skirt 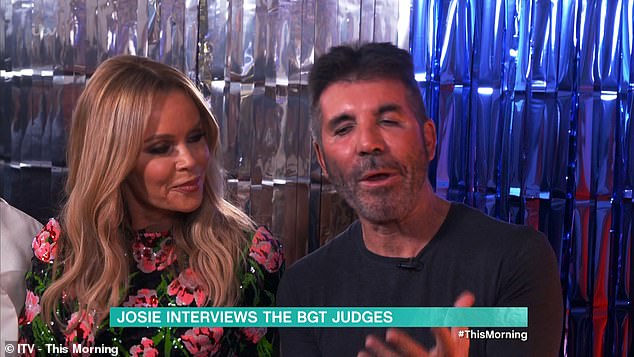 Exciting: It comes after Simon Cowell  confessed there could be ‘two or three’ wildcard acts in the Britain’s Got Talent final as the judges revealed their chosen winners on Thursday

Whilst David jokingly said: ‘Simon likes it when he makes money from them’ before he later added, ‘I like Tom Ball.’

In the interview Simon also confirmed ‘there might be two, maybe three wildcard’s’ in the final, as he mirrored what he said in Wednesday nights show where he admitted ‘I think Immi [Davis] should be standing here as well.’

On Thursday night’s semi-final Loren Allred was triumphant after winning the public vote amid claims her involvement in the show had fixed.

The singer, 32, who unveiled herself as the singer of The Greatest Showman hit Never Enough earlier in the series, sailed through to the next round.

She was followed by dancers Five Star Boys who received votes from judges David, Alesha and Amanda, as invisible illusionist The Phantom left the competition.

Elsewhere, fans of the ITV show were unhappy with the Loren’s success, noting that she is already famous and has secured a record deal prior to the show.

But having his own say on the backlash, Simon stuck by Loren as he praised her semi-final performance. 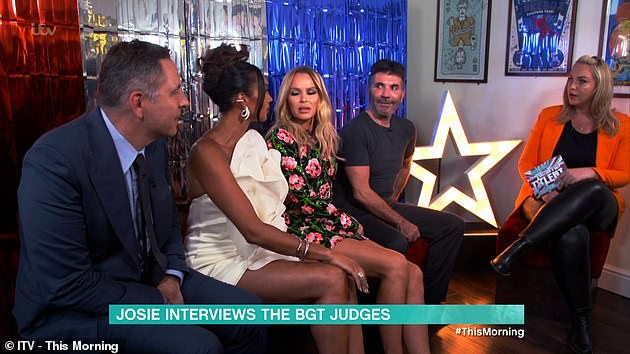 Contestants: When asked by Josie who they thought was best, Alesha said: ‘I absolutely love Fintz and T4ylor my golden buzzer act, aside from them I think Eva [Gale] is my favourite’

‘I also know you’ve got a bit of stick in the media saying ‘oh it’s a fix’ because you’ve been on another show, but that’s the whole point of show’s like this, you give people a second chance,’ detailed Simon.

Admitting he wanted her to win the semi-final and head though to the final, the judge continued: ‘We haven’t had a female winner this week so far and I hope you change that after tonight’.

And as his hope, Loren did score a place in Saturday’s final after winning the public vote later that evening. 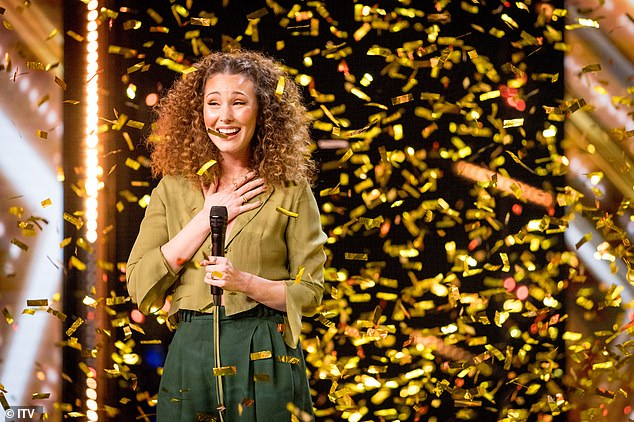 Golden buzzer: Loren wowed the Britain’s Got Talent judges in the auditions by singing Never Enough from The Greatest Showman

Alesha echoed the view, said that Loren had ‘just as much right to be on the show as anyone else’ and that she had to ‘work harder’ than other contestants to prove herself.

In 2012, the singer was a contestant on The Voice and competed under the coaching of Adam Levine – but was eliminated after the first week of live shows.

And after singing Never Enough in The Greatest Showman, the song also reached number 88 on the Hot 100. 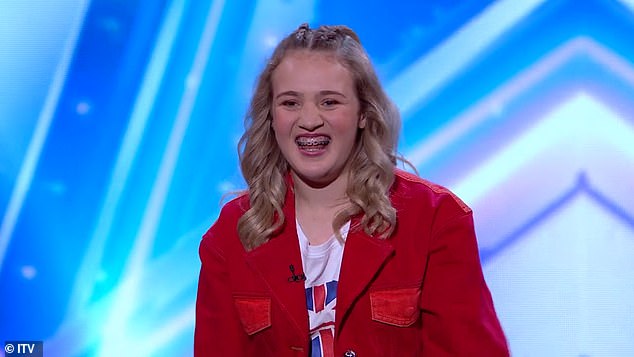 Winner? Both Simon and Alesha agreed they liked comedian Eva (pictured) the most

But after the controversy following her audition, a BGT spokesman told MailOnline at the time: ‘Whilst most people will have heard the infamous Greatest Showman track, Loren is not a household name, and she deserves her spot on the BGT stage.

‘We hope that such articles will not count against somebody who is well deserving of this opportunity.

It’s fantastic that Loren is now able to step out and stand in her own right to be the face, and not just the voice, of one of the most well-known tracks of all time.’ 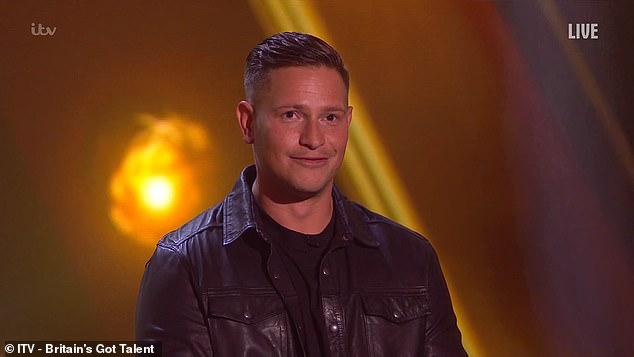 Amazing: Simon also added that another favourite of his was singer Maxwell Thorpe