She’s been back to work filming a new project after the Britain’s Got Talent live final.

And Amanda Holden knew how to get her fans’ attention as she donned a gorgeous green sequinned look for another day on set on Thursday.

The Heart Radio presenter, 49, displayed her endless pins in the revealing skirt with silver and green sequins and a sheer black bodice after gushing how grateful she was to be working as England entered a second lockdown. 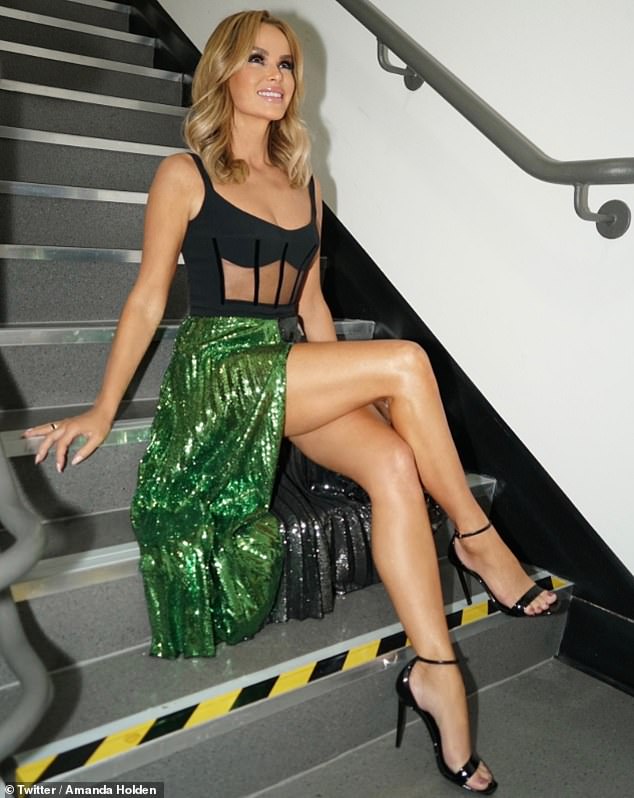 Wow! Amanda Holden, 49, dazzled in a sequinned green skirt with a sheer corset as she shared a glamorous snap during filming for her new TV show on Thursday

Amanda dazzled in the eye-catching skirt with green sequins as she perched on the stairs backstage.

The look also featured a sheer black bodice that perfectly accentuated her toned abs, along with towering black heels.

Clearly enjoying being back at work on her secret project, Amanda tweeted: ‘Grateful to be filming and cannot wait for you to be able to watch next year!

‘Appreciate being able to continue working with every bit of covid safety you could think of!!! #wecandothis.’ 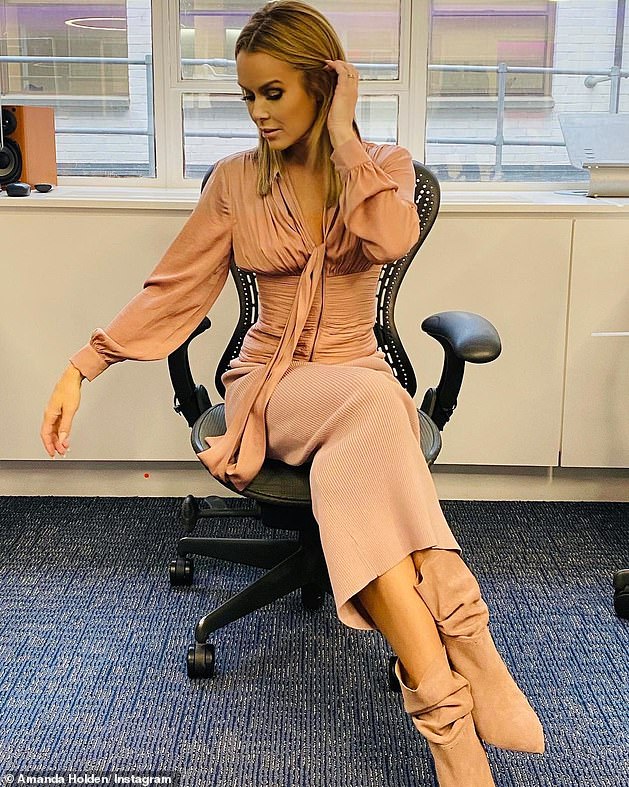 Looking good: The Heart Radio presenter gushed that she was grateful to be working in the midst of the second lockdown (pictured earlier in the day)

Last month it was reported Amanda and her BGT judge Alesha Dixon have allegedly been drawn into a gender pay gap dispute as Simon Cowell and David Walliams are paid more than double their salary.

The pair are said to be unhappy with the fact they earn so much less even though they take on the same role, with a source telling MailOnline it is ‘shocking’ that this is the case. 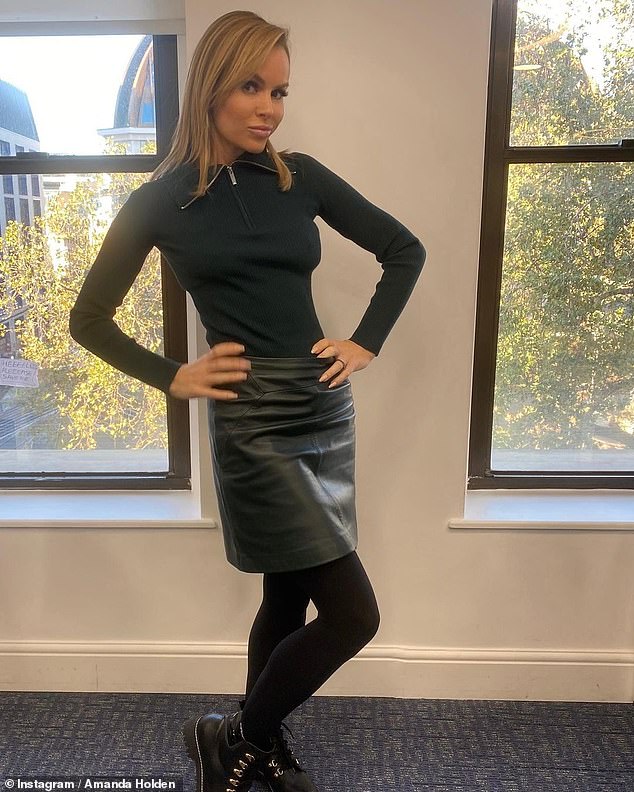 Fashion favourite: Amanda has never been shy of documenting her array of stylish looks on Instagram (pictured backstage at Heart Radio)

According to a report from The Sun, Amanda -who took on the role of Head Judge in Simon’s absence during the recent series, earns around £700,000 while Alesha is said to make £450,000.

Meanwhile, it was alleged that David re-negotiated his contract for the show and is now earning more than £1.5 million for his appearance.

Simon, who helped create the show, is reportedly being paid a staggering £2.5 million for his part on the show, though Ashley Banjo took over his seat for the most recent series following his back injury.

A source speaking to the publication claimed that Simon was unaware his wage was so much higher than his fellow judges, but that everyone feels he ‘deserves’ the fee.

MailOnline has contacted representatives for Amanda, Alesha, Simon, and David for comment, and has also approached Britain’s Got Talent spokespeople. 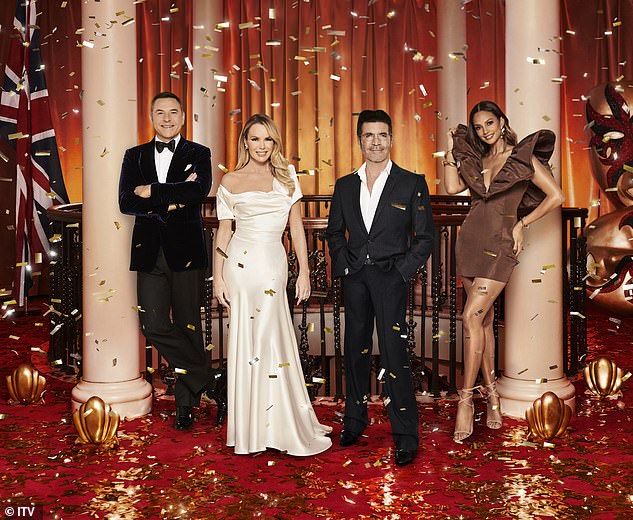 Earnings: Last month it was reported Amanda and Alesha Dixon have been drawn into a gender pay gap dispute as Simon Cowell and David Walliams are paid more than double their salary