Amanda Holden has spoken out about how a text she got about Simon Cowell left her “sick”. The Britain’s Got Talent judge and her co-star Alesha Dixon addressed the “gut-wrenching time” in a new interview today.

The 49-year-old has detailed how she found out about her 60-year-old boss’ “unexpected” health ordeal.

She was informed of what had happened “in the middle of the night” just last month.

The father-of-one broke his back after he fell off his new electric motorcycle in Malibu, California.

He was rushed to hospital, where he underwent back surgery through the night. 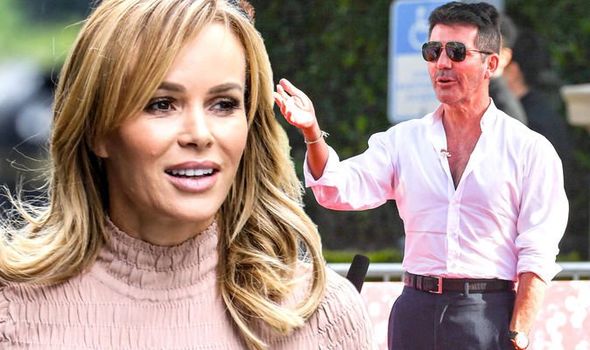 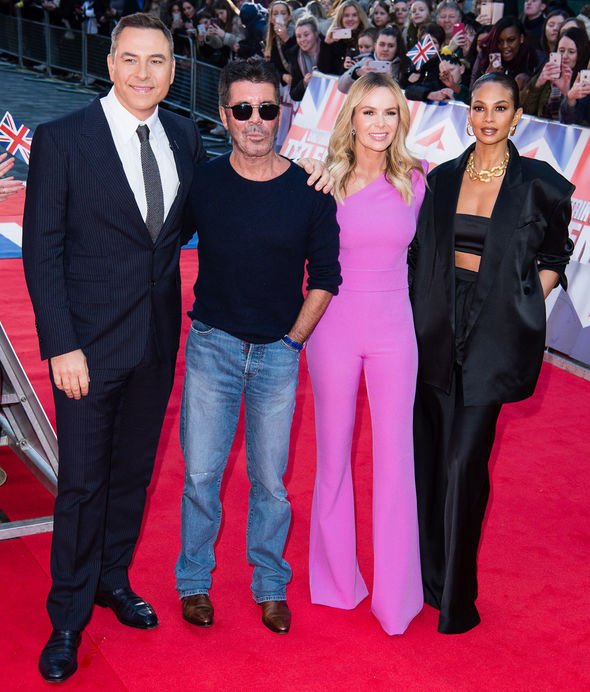 “I got a text in the middle of the night,” Amanda stated. “I just felt physically sick.

The radio host continued: “It was a gut-wrenching time. I mean, I joke about Simon being our great leader, but he is.”

Alesha, 41, went on to detail her own initial thoughts, after first working with him on BGT back in 2012. 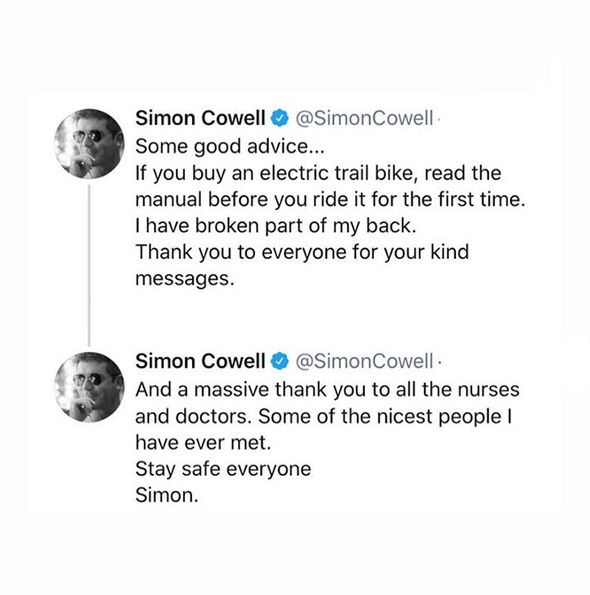 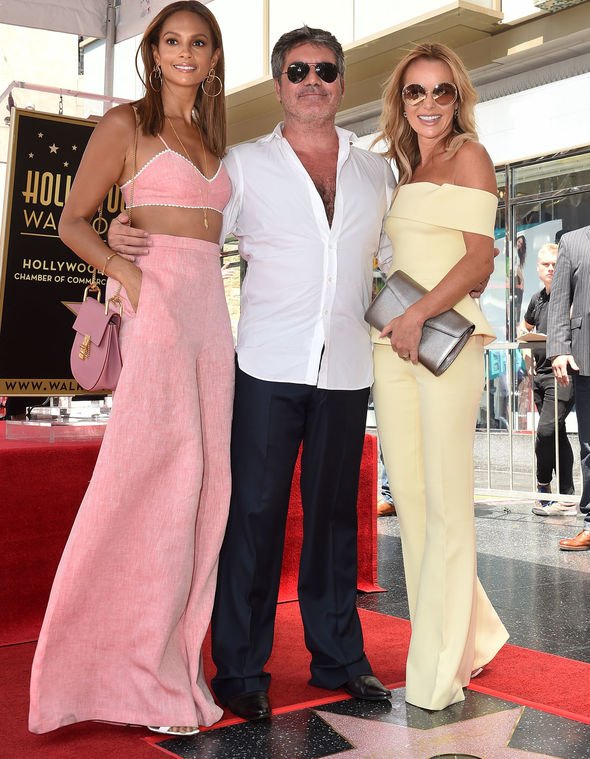 The singer said: “It was so unexpected. My heart went out to him, and Lauren and Eric. We were all texting and calling, checking in with each other.

“It was really serious and we were just so nervous.”

Explaining why, she told the Daily Mail’s Weekend: “The Lego was because I was thinking of things he could do with Eric while he’s recuperating. And I’ve broken my leg and I know how cold your feet can get.

“I’ve been joking that I’ll have to call him Mr Titanium, because he’s got the same rods in his back that I’ve got in my leg. We’ll both be sending the machines off at the airport.”

Finally, on if he’d be back on his e-bike soon, Amanda claimed his parnter Lauren Silverman won’t be letting him.

She added: “Maybe he’ll get a sidecar. He and Eric can be like Wallace and Gromit.”

Simon has been replaced by Ashley Banjo in the later stages of Britain’s Got Talent while he recovers.

He previously told his 1.7 million Instagram followers: “If you buy an electric trail bike, read the manual before you ride it for the first time.

“I have broken part of my back. Thank you to everyone for your kind messages.”

Simon went on: “And a massive thank you to all the nurses and doctors. Some of the nicest people I have ever met. Stay safe everyone Simon.”

Britain’s Got Talent airs tonight at 8pm on ITV.