‘I thought, I’m not Alison Hammond anymore’: Bubbly presenter recalls her horror after being referred to as ‘the black host’ upon joining This Morning

Alison Hammond has shared her dismay upon being referred to as the new ‘black host’ when she began presenting on ITV flagship show This Morning.

Alongside Dermot O’Leary the popular TV personality, 47, stepped in to replace  Friday’s husband and wife team Eamonn Holmes and Ruth Langsford in 2020.

But she admits feeling disillusioned after reading negative comments regarding her appointment, with some overlooking her ability to do the job while honing in on her ethnicity. 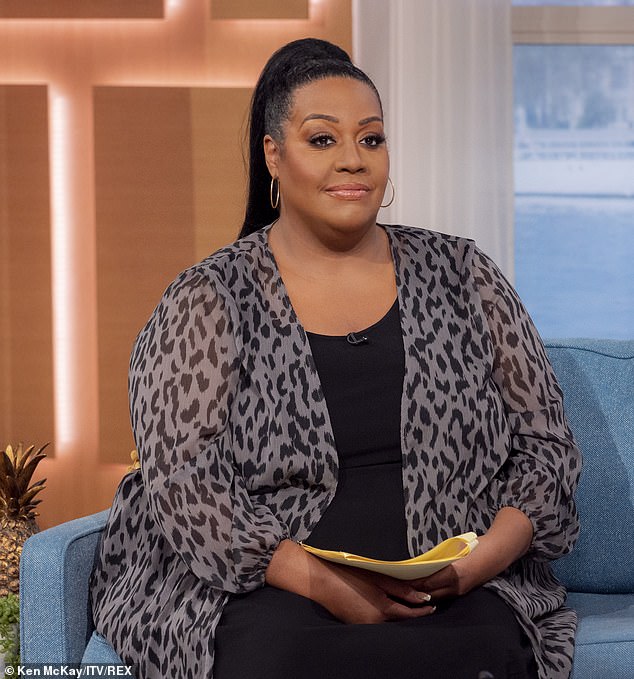 ‘I’d become just a colour’: Alison Hammond, 47, has detailed her upset as she was referred to as ‘the black host’ when she joined ITV’s This Morning

Speaking to Lorraine Kelly and daughter Rosie’s What If? podcast, Alison discussed her ‘shock’ at the awful comments.

She said: ‘I tell you what was really upsetting, like I can remember reading an article and it was the first time that I’d become like just a colour. Because it said “black host replaces Eamonn and Ruth”. And it really upset me.

‘That’s the first time I thought “oh, my gosh, I’m just a colour, I’m nothing else, I’m not Alison Hammond any more”, which I’d always been.’

She added: ‘I just became a black host, And that really was like quite shocking and quite upsetting.’ 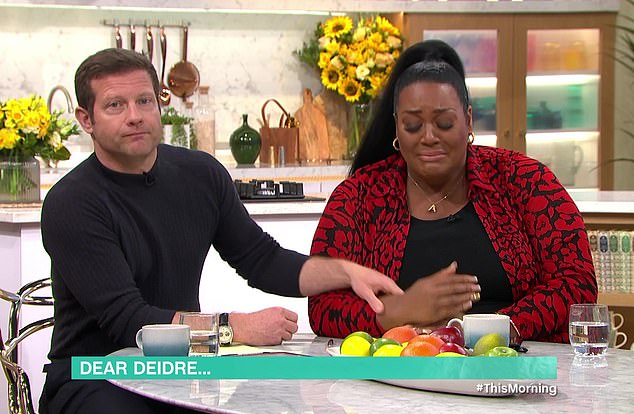 Shock: The television personality, who replaced the husband and wife duo Eamonn Holmes and Ruth Langsford, said she felt she was ‘just a colour’ (pictured with Dermot O’Leary)

Alison admitted that even though Eamonn was publicly critical about losing his place on the show, both he and Ruth gave her their full support and encouragement to go for the job.

She said: ‘I had a lot of stress before doing that first show so I was really nervous. But I overcame it and it’s been ok.

‘I don’t know if people realise, I got a lot of flak doing that job because obviously my friends were doing it beforehand, Eamonn and Ruth, so it was tough to do it, and Eamonn and Ruth told me to go for it.’ 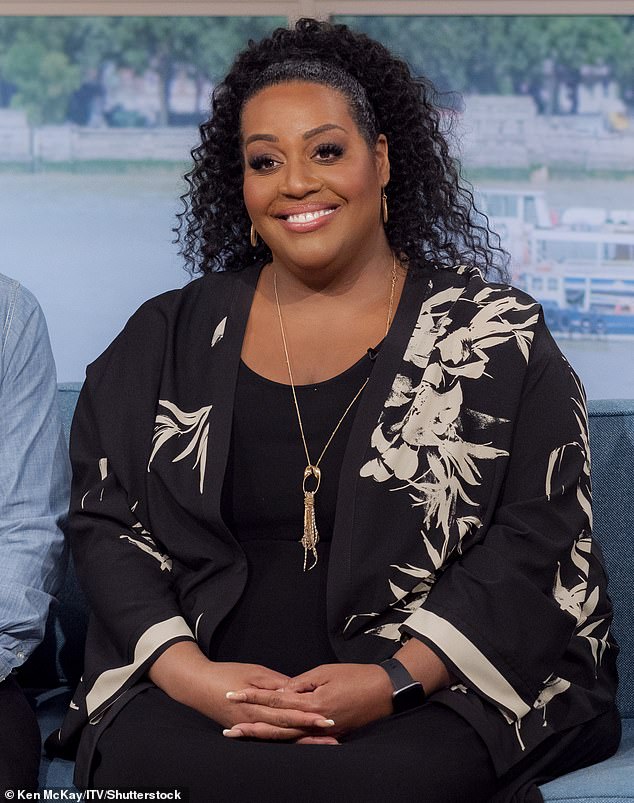 Upset: Speaking to Lorraine Kelly and daughter Rosie’s What If? podcast, Alison candidly discussed her ‘shock’ at the awful comments

Discussing her relationship with her co-star with Dermot, Alison added: ‘It’s been really authentic, and we’ve been really honest from that and to say like “we did struggle, it was difficult in the beginning, it was really hard.”‘

‘With everything that came with it as well, it was really a tough time to negotiate.

Having never worked with eachother prior to the show she said: ‘We feel that things have changed and we’re getting closer. 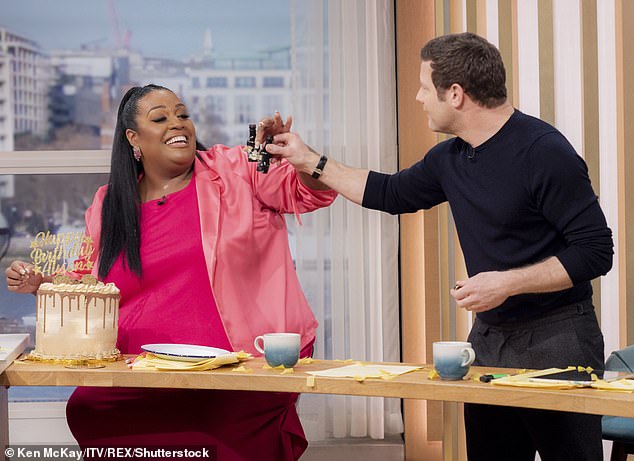 Team: Discussing her relationship with her co-star with Dermot O’Leary, Alison added: ‘It’s been really authentic, and we’ve been really honest (Pictured in February 2022)

She revealed: ‘We’re genuinely good mates now. We talk to each other each week and we’re excited to see each other.

‘Instead of being nervous, we’re now excited about seeing each other outside or out the show. It’s great. We’re in a really good place now.’

Alison and Dermot were confirmed as This Morning’s new Friday hosts in November 2020, after Ruth and Eammon were demoted to hosting the show during holidays. 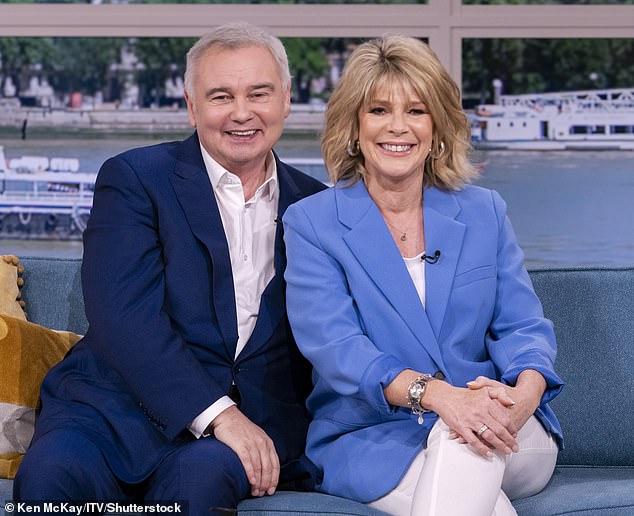 Replaced: Alison and Dermot were confirmed as This Morning’s new Friday hosts in November 2020, after Ruth and Eammon (pictured) were demoted to hosting the show during holidays

Breaking her silence on the shake-up following weeks of speculation, Alison said in a statement: ‘I never dreamt that when I first joined This Morning – initially for a few months – that I would still be there 19 years later.

‘I genuinely care about the show and the viewers who watch, so it’s a huge privilege and honour to be hosting a show I adore so much. I’m just really excited to be doing even more of what I love alongside the lovely Dermot.’ 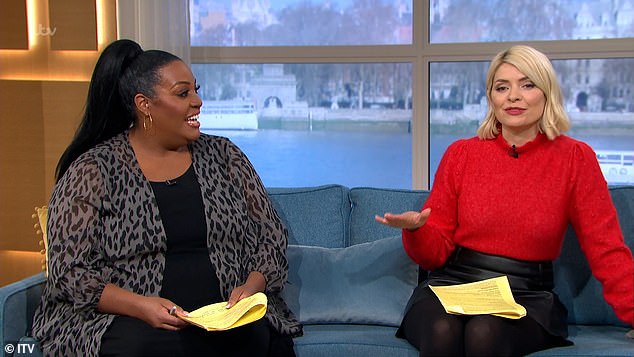