Just 16, with his pants with trousers round his ankles, Cruz Beckham poses on a magazine cover to start his career in music. But something is missing… there is no actual music to hear, writes ALISON BOSHOFF

The syrupy magazine feature suggests that Cruz Beckham is ‘coming of age’ and ‘starting his career in music’.

However, as a professional launch there’s something missing… as there is no music ready for release, and none scheduled.

Instead, like his brother Brooklyn who has started a career as a cook even though he is only just competent in the kitchen, it seems that for the new generation of Beckhams, the image comes first.

And what an image. The youngster, who was 16 at the time of the shoot, is pictured stripped to his underwear on the cover of i-D magazine and in numerous provocative pictures inside.

Bare-chested, with his jeans around his ankles, he sports pink hair, a metal grill on his teeth and a plethora of jewellery.

The shots were taken by Steven Klein, who took a similar set of pictures of Cruz’s father David Beckham for Arena Homme in 2000 in little more than white boxer shorts. At the time David was 25 years old, globally famous, a father and married. 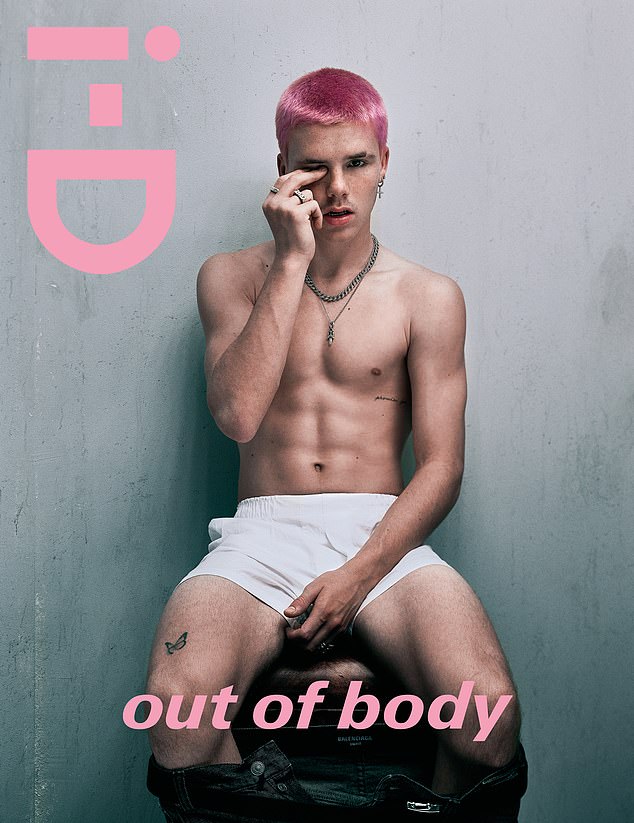 David and Victoria Beckham’s youngest son Cruz, who has just celebrated his 17th birthday, goes shirtless while exposing his underwear as he sits with his jeans pulled round his ankles

Klein’s pictures of Beckham senior are widely regarded as propelling the footballer into a new level of celebrity.

As Tony Chambers, editor of design magazine Wallpaper* said: ‘He was the first person to take photos which sexualised Beckham. And, to some people’s eyes, homosexualised him.’

Cruz meanwhile has only a charity single he made as an 11-year-old to his name. And now Klein has presented the youngest of the Beckham boys – who turned 17 at the weekend – as if he is a punk-ish sex worker touting for business in a cheap motel.

And while many would argue the provocative photographs have achieved their aim – they have become a talking point – there has been an immediate backlash on Twitter where they have been called ‘sick’ and ‘disturbing’.

David has applauded his son on social media, posting images of the shoot with the words ‘proud dad’ beside them.

But psychologist Emma Kenny has questioned the wisdom of ‘sexualising teens’ in this way. 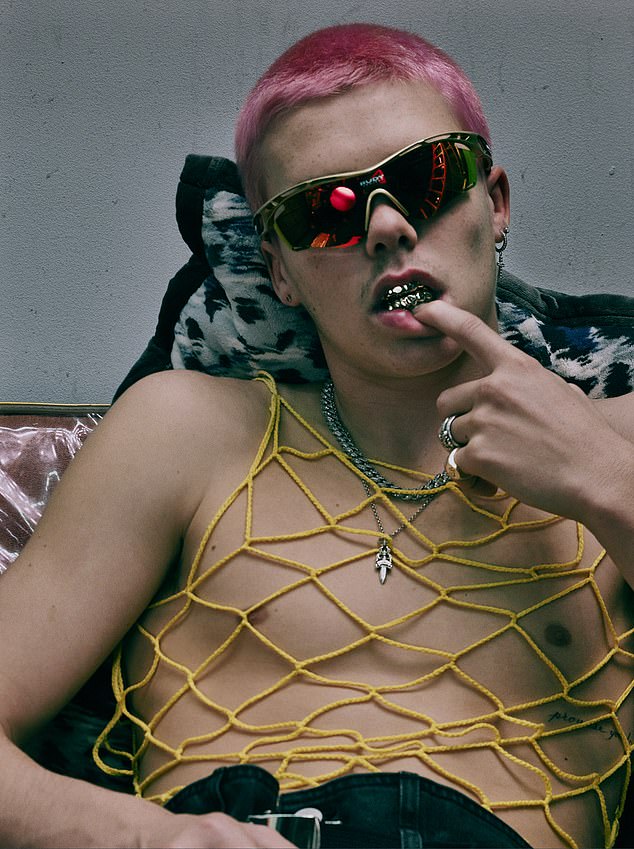 Divided: Cruz Beckham’s photoshoot has prompted a lukewarm response from fans after posing for a provocative debut cover shoot on behalf of i-D magazine shot by Steven Klein

She said: ‘He is a young teenager and he is only just emerging as far as his sexual identity is concerned.

‘These pictures though are all about provoking and having an impact. I wonder if anyone has really considered who the people are who will like these pictures.

‘Children are not able to understand the ramifications of being presented in that way.

‘He has got a very supportive family and he has very strong foundations, I don’t take that away from the Beckhams but they are in the business of creating the next generation of brand Beckham, and I don’t think they have asked if this is the best place to put a 16-year-old boy.

‘I would suggest that this shoot is a miscalculation. The Beckhams adore their children and want to do everything for them but they need to let them struggle, let them learn over years.

‘As with Brooklyn and his cooking it invites ridicule. He will gain attention but he will not gain respect.’

In the accompanying article Cruz tells readers he hopes to pursue a career in music and describes the New York shoot, one of his first, as ‘fun’.

Sporting what looks like two tattoos – even though it is against the law in the UK and many US states for under 18s to get tattooed (some states allow 14-year-olds with parental permission) – he reveals that he has been spending time in recording studios in Miami, Los Angeles and London with a producer who charges £75,000 per single.

The magazine notes that he is ‘beginning to navigate his journey as a young creative’. 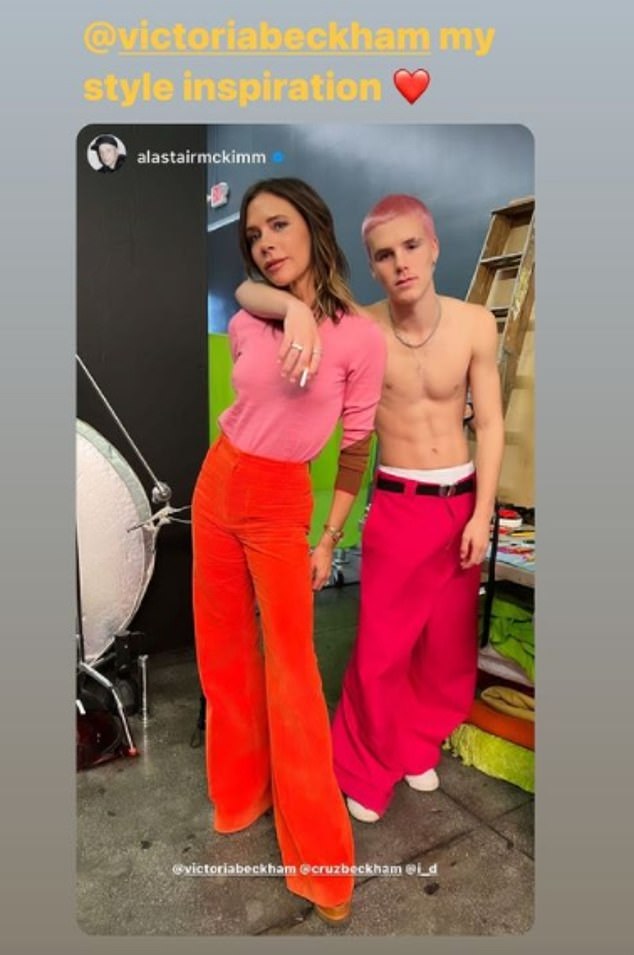 Pictured: Cruz Beckham with his mother Victoria whom he calls his style inspiration

Remarking that he finds graffiti inspirational, he tells readers that his journey in music began when he danced on stage with his mother during a 2008 Spice Girls tour.

He adds: ‘I thought I wanted to do football and did that for a bit.’

But then he released a charity Christmas single in 2016, and says: ‘At that point I just decided this is exactly what I want to do.’

He says that he is ‘learning how to play’ instruments including the piano, guitar and drums.

‘I don’t think you ever stop learning, but I’m taking my time seeing what happens,’ he says. ‘Just making music I love.’

To this end the youngster, who has 1.8million followers on Instagram, has been in the studio in Miami with producer Poo Bear who works with Justin Bieber and Usher.

Brother Brooklyn, 22, comments that he ‘lights up a room’ and other brother Romeo, who is playing football professionally in Fort Lauderdale, adds that his brother is: ‘The most gentle soul.’

How the wider world will perceive Cruz, in his pants, remains to be seen.