Gone are the days when Alex Rodriguez took to social media to publicly grieve his breakup with Jennifer Lopez, because he has a new boo in his life! Whomst, you ask? That would be model Kathryne Padgett, and apparently the pair has “great chemistry,” according to an Us Weekly source. I! Am! Intrigued!

It may or may not be worth noting that there is a biiit of a significant age gap between the pair, A-Rod is 46 and Kathryne is 25, so do with that what you will. But even though the two have been “hanging out for the last few months,” per the insider, they “haven’t put a title on their relationship yet and aren’t going around telling their friends they’re official.”

But it doesn’t even matter because apparently the “sparks are flying” between them and “they never get bored together and have a lot of fun,” said the source. Also, A-Rod is “really into her” and is “always leaving flirtatious comments on her IG.” Exhibit A: 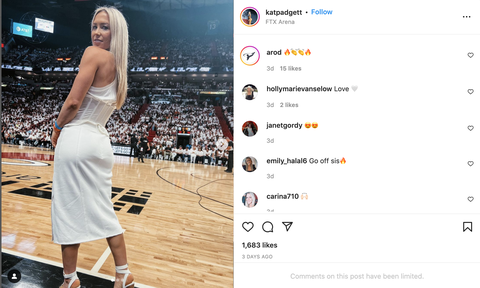 If you want more proof that A-Rod s-t-a-y-s in Kathryne’s comments, listen to this: Back in early April, A-Rod admitted to snapping this pic of Kathryne on home plate at Oakland Coliseum in the comments section. Underneath his “👏” comment on the photos someone asked, “@arod is this your photography skills,” to which he answered, “Yes.” Welp!

But TBH, news of their ’ship isn’t completely surprising since rumors of a romance budding between them started way back in January when they were spotted at an NFL game together. More recently, they were seen riding in A-Rod’s fancy candy apple red Porsche (which looks a lot like the one he gave J.Lo for her birthday, oop!), and sitting courtside at a NBA game. On Sunday, they were spotted again courtside at the 2022 NBA Eastern Conference Finals in Miami. 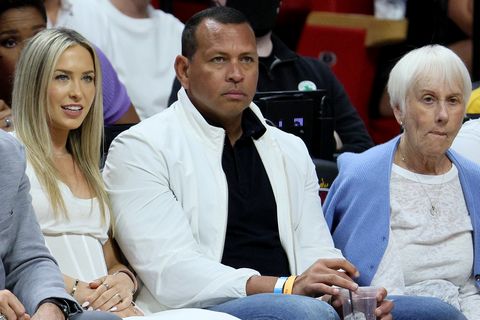 Neither A-Rod or Kathryne have commented publicly about their ’ship yet and likely won’t for a while. According to a source, he doesn’t want “to rush things.” This is A-Rod’s first relationship since his breakup with Jennifer Lopez last year.