Alessandra Ambrosio and boyfriend of several months, Richard Lee, could not keep their hands off each other during their Cabo San Lucas getaway.

The 40-year-old Victoria’s Secret stunner shared a carousel of photos to Instagram on Sunday which were full of pool-packed PDA while staying at a luxury villa.

In one snap Lee playfully bit the model’s derriere as she laid on the edgy of an infinity pool and in a second, the couple shared a tender kiss. 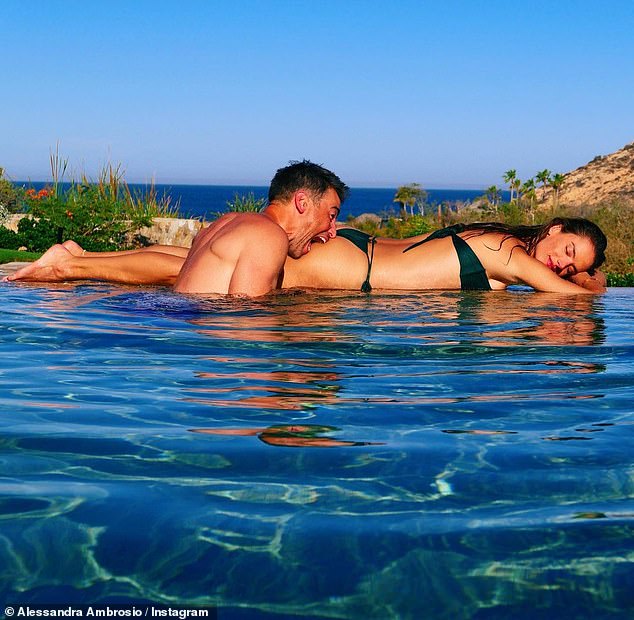 The Brazilian beauty looked at ease to be spending time with her man in paradise as she quoted a Lana Del Rey lyric in her caption.

‘Summer’s in the air and baby heaven’s in your eyes,’ Alessandra wrote accompanying a slew of images of them in a very scenic abode with sprawling ocean views.

She showed off her incredible figure in a skimpy black bikini and basked in the sun from the comfort of the pool with a margarita in hand.

Her skin was expertly bronzed and she tied her hair back in a bun while wearing sunglasses before taking a little dip. 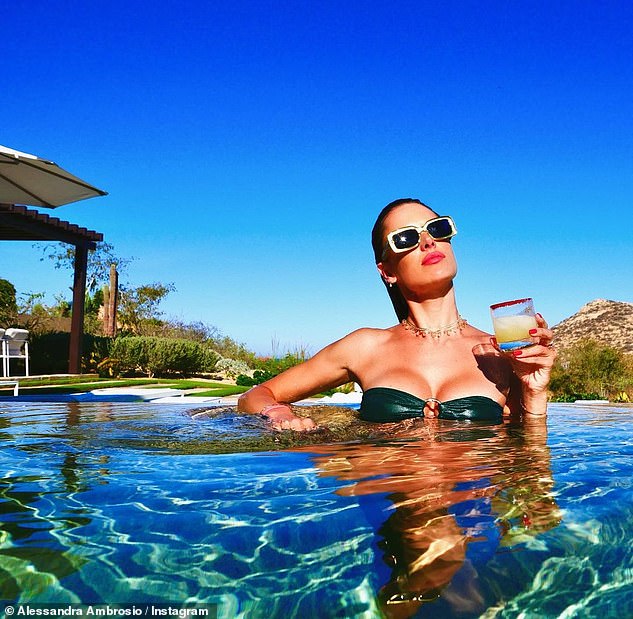 Paradise: Alessandra quoted a Lana Del Rey lyric which resonated with her bliss in paradise 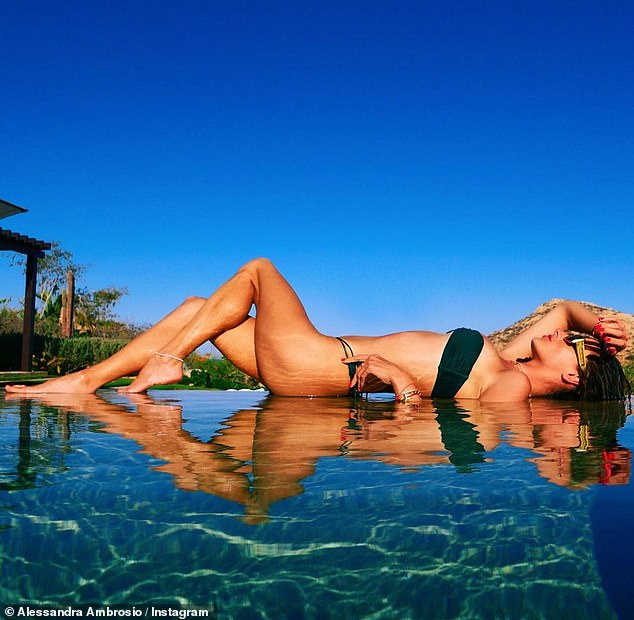 Bikini body: The Victoria’s Secret vet showed off her incredible figure in a skimpy black bikini 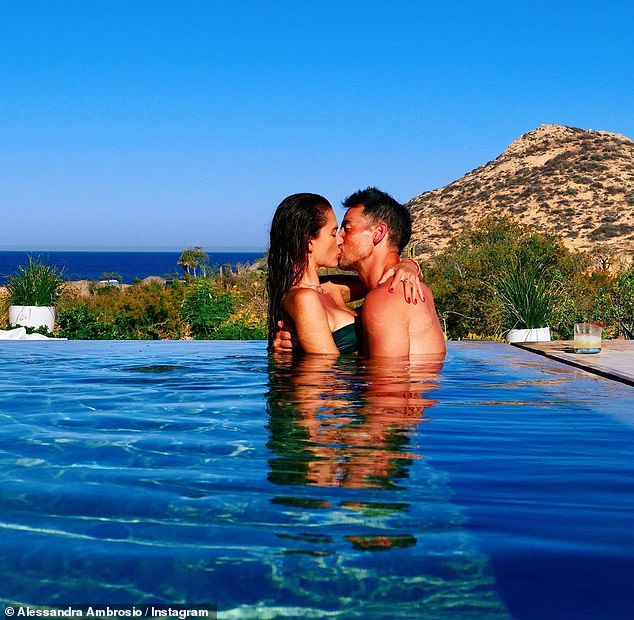 Passion in the pool: They tenderly embraced and wrapped their arms around each other in a dually affection snap

Amongst a series of shots that showed off her athletic frame, she posted one of the male model solo with artful light and, another showed the pair sneaking a kiss.

They were seen tenderly embracing and wrapping their arms around each other in a dually affection snap, and in others she showed off her backside.

Alessandra has been linked to Lee since February but they exchanged flirty messages on Instagram ahead of the new year.

She had dated Italian businessman Nicolo Oddi for two years who had joined her in Brazil back in the fall but they seemed to quietly split before she returned back to Los Angeles. 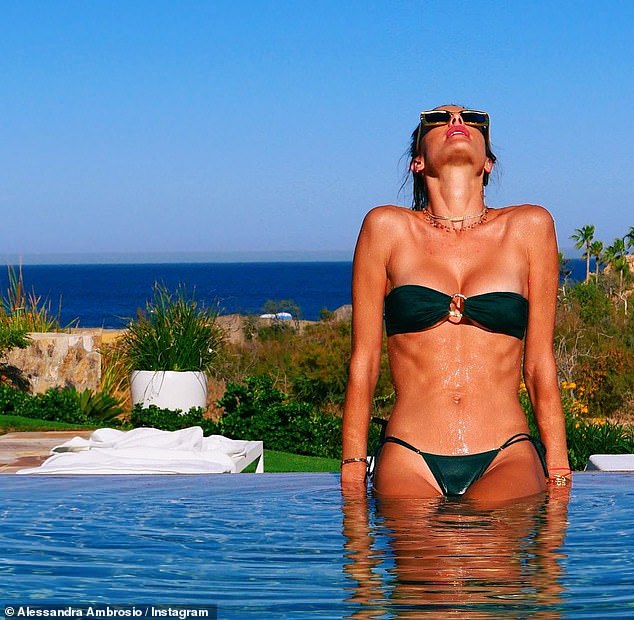 Bronzed: The model showed off her athletic figure and a nice tan 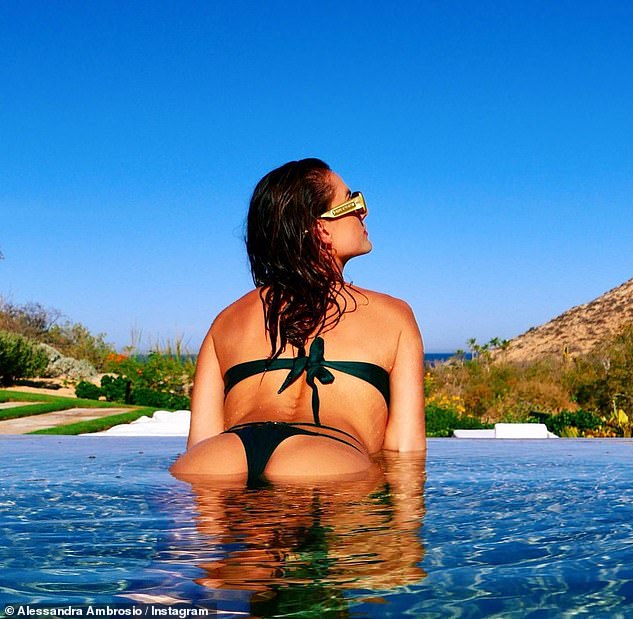 Views: The Wilhelmina repped model snapped photos of his girlfriend who flashed her backside 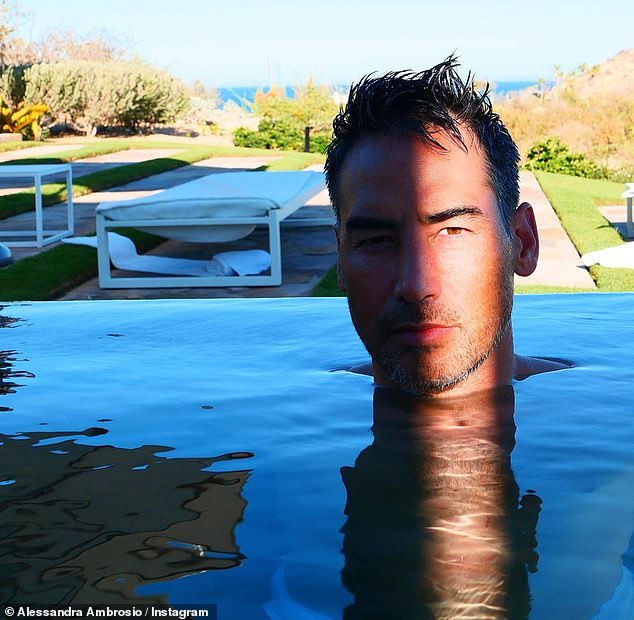 Gaze: Richard and Alessandra exchanged flirty messages on Instagram ahead of the new year but seemingly did not begin dating til the spring

And prior to Oddi she was in a relationship with Jamie Mazur with whom she shares two kids Anja, 12, and Noah, nine.

In February she and Richard were first photographed spending time together and by March they had confirmed they were dating.

And in June they took a trip to Las Vegas to ring in his birthday which included a stint at a beach club and a romantic dinner at Kassi Beach House.

She paid tribute to him in two posts where she dubbed him ‘babe’ in one, and in the second she gushed: ‘Happy birthday to my favorite person in the world @_bigasia I Love you with all my heart.’ 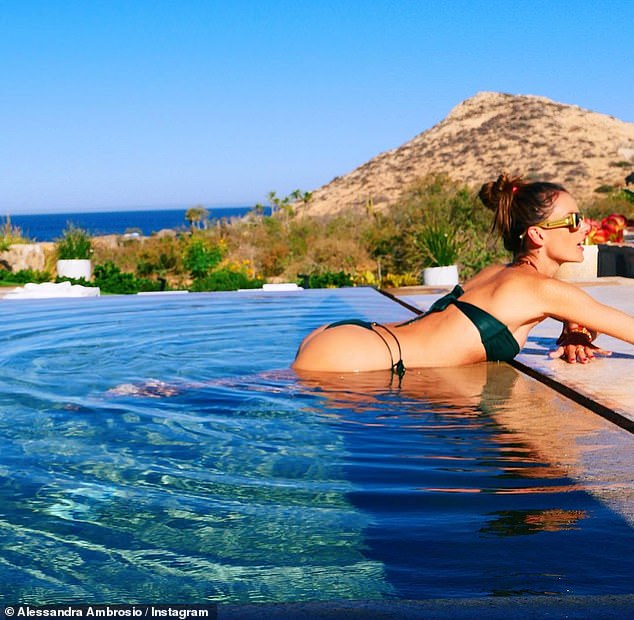 In love: On his birthday she called him her ‘favorite person’ and gushed ‘I love you with my whole heart’