Alec Baldwin shows his love for wife Hilaria by sharing gorgeous snap of the yoga instructor: ‘When this woman is happy, I am happy’

The 63-year-old actor’s spouse was seen flashing a slight smile while looking into the camera for the shot, and Alec wrote a short message in the post’s caption that read: ‘When this woman is happy, I am happy.’

The 30 Rock star and the yoga instructor, 37, have been married since 2012 and have welcomed six children together. 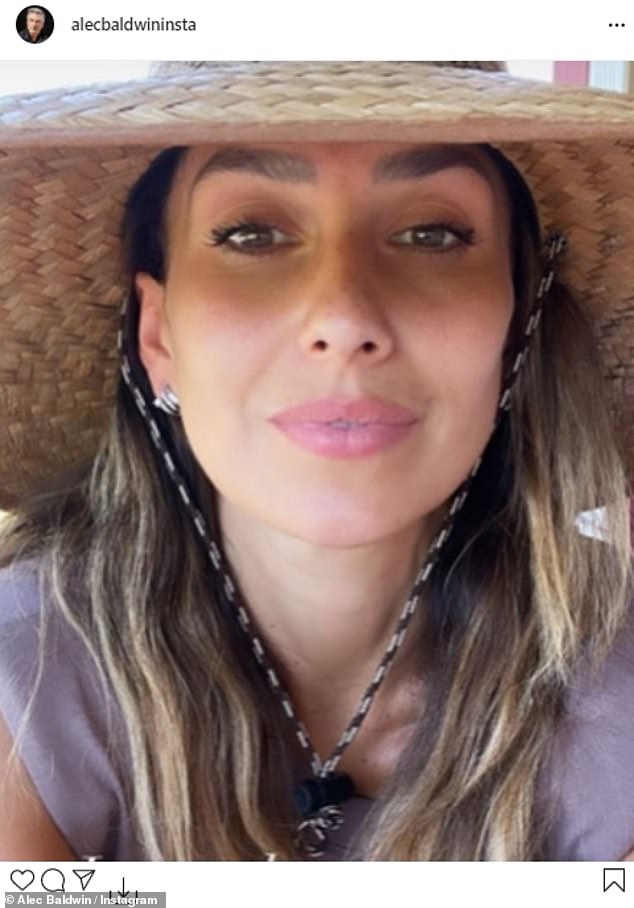 Happy husband: Alec Baldwin showed his love for his wife Hilaria by sharing one of her selfies to his Instagram account on Saturday

Hilaria was seen wearing a light purple t-shirt while she posed for the low-key selfie.

The social media personality’s beautiful brunette-to-blonde hair noticeably fell onto her chest in the shot.

She also accessorized with a single silver earring that added a bit of shine to her image.

The Instagram figure also sported a wide-brimmed straw hat that obscured the top portion of her hair. 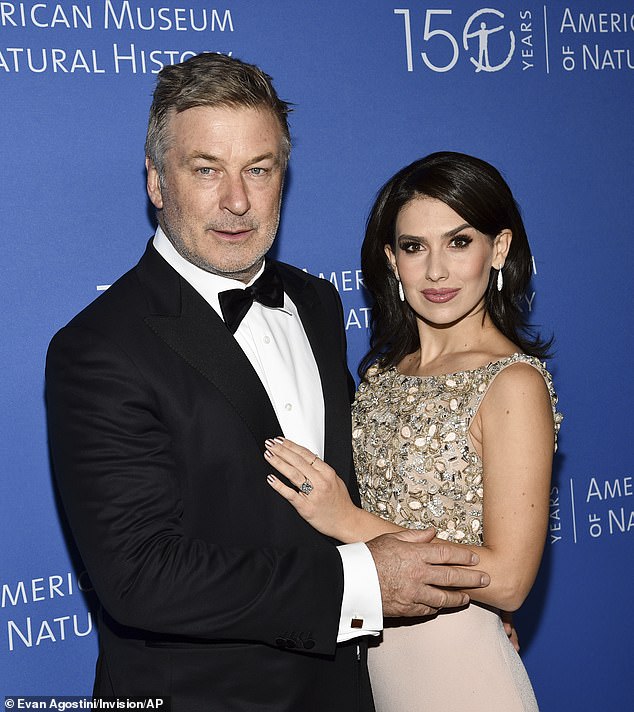 Devoted spouse: The 30 Rock star also wrote a brief message in the post’s caption that rad: ‘When this woman is happy, I am happy’; they are seen in 2019

The Baldwins initially met in 2011 when the two were shopping at the same store in New York City.

Prior to becoming involved with his current wife, the Cat In The Hat actor was married to actress Kim Basinger.

The two first met on the set of the 1991 romantic comedy feature The Marrying Man and began dating around the same time period.

The former pair went on to make their union official in 1993 and welcomed their daughter Ireland, aged 25, two years later. 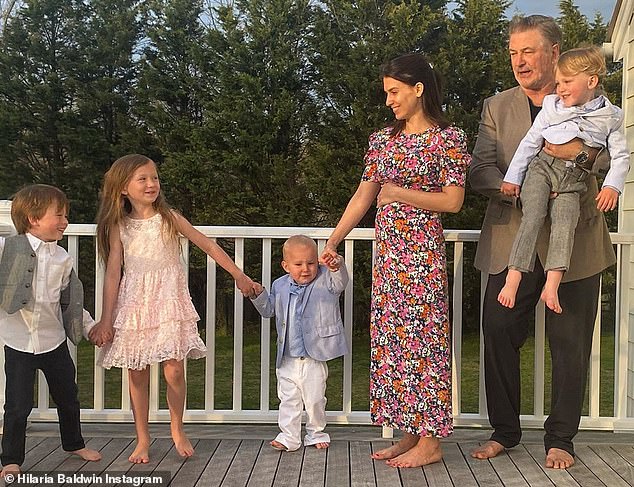 Moving fast: The Baldwins initially met in 2011 and went on to make their union official the following year

However, Baldwin and Basinger eventually separated in 2000 and ended their marriage two years later.

The actor later moved on with Hilaria, and the two announced that they had become married the year after they first met.

The pair welcomed their first daughter, whom they named Carmen, aged seven the year after they tied the knot. 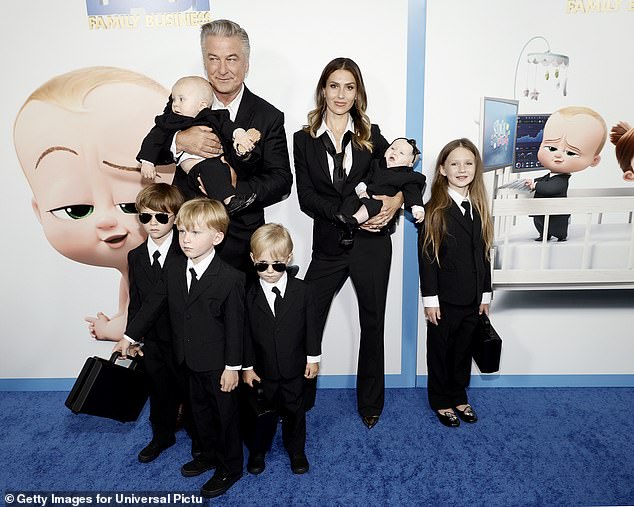 Starting a family: The pair welcomed their first child, Carmen, the year after they became married; they are seen at the June premiere of The Boss Baby: Family Business

They went on to welcome sons Rafael, Leonardo and Romeo, aged six, four and three, over the next few years.

The Baldwins’ youngest son, Eduardo, was born in 2019 and their newest daughter Maria was brought into their family this past March, reportedly via surrogate.

During an interview with Rob Lowe on his Literally! podcast, the actor noted that the 26-year-old age gap between him and his spouse meant that their parenting styles were different. 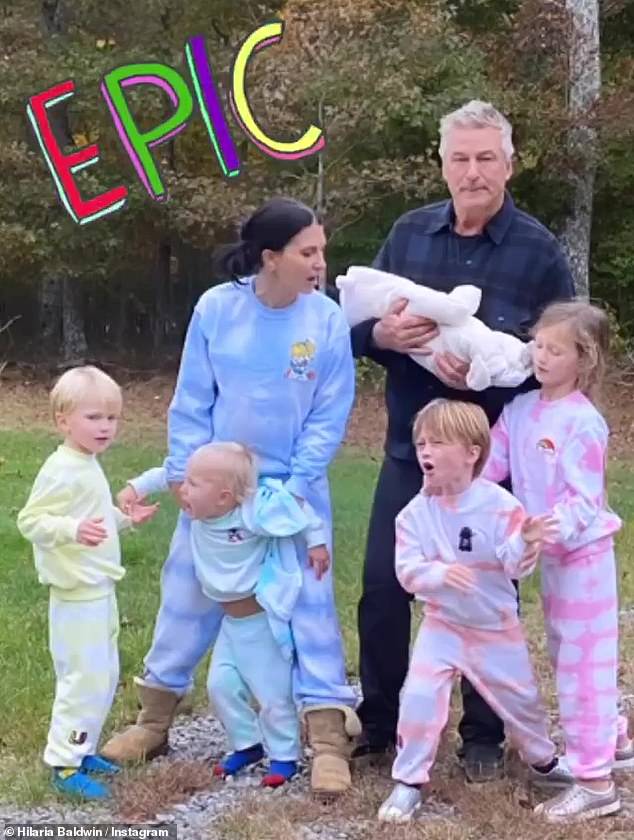 Making it work: During an interview with Rob Lowe, Baldwin expressed that he and his wife have two different parenting styles due to their age difference

However, Baldwin pointed out that his significant other was still an amazing parent, for whom he was grateful.

‘I hit the jackpot… because I wound up having a lot of kids with a woman who’s a great mom,’ he remarked. 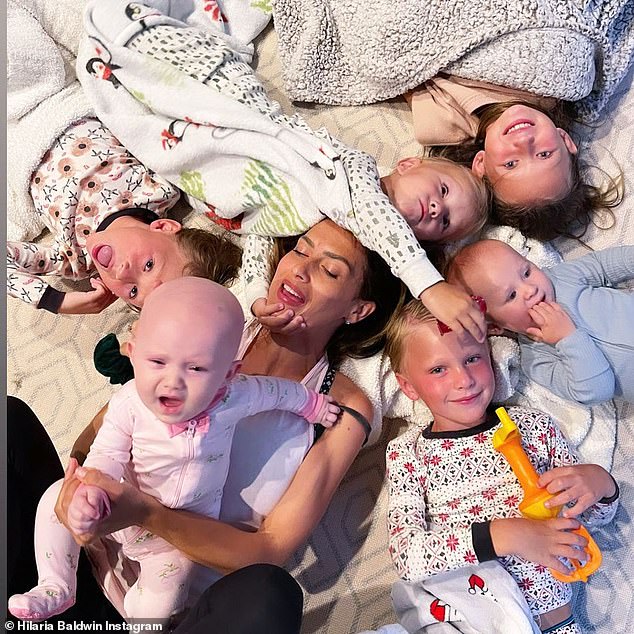 No regrets: The performer also told Lowe that he was happy about ‘having a lot of kids with a woman who’s a great mom’