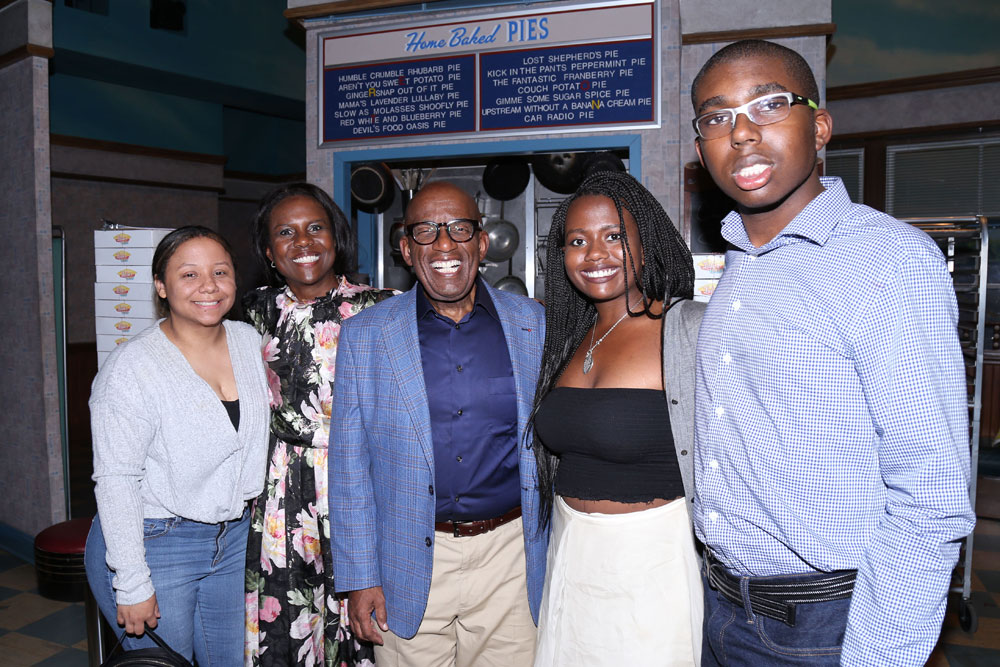 Al Roker wrote an essay for Guideposts, which a Christian magazine, about his nearly 17-year-old son, Nick, whom he had with his second and current wife, ABC News correspondent Deborah Roberts. Al and Debra also have daughter Leila, about 20, and Al has another daughter, Courtney, 31, from his first marriage. Al is an Episcopalian and he wrote about Nick being active in the church with him, and how that is Nick’s choice and he enjoys it. The main focus of the essay is the fact that Nick has special needs and is on the spectrum. Al’s essay was very matter-of-fact yet descriptive. I really enjoyed it and felt like I was getting to know his family. It focuses on how Nick’s involvement in church has helped him grow, and how Al is proud of him and tries to be a good dad. Nick has earned a black belt in tae kwon do and has even gone on a mission trip to Haiti with other teens.

We knew right from the beginning that [Nick] would be up against a whole different set of challenges. He wasn’t developing as fast as he should have, not holding our fingers as tightly, not always meeting our gaze, not as quick to crawl. At three, he hardly talked and could barely walk.

Doctors and specialists put him through a slew of tests. Was it cerebral palsy? Autism? Maybe it was a processing disorder. Now that he’s 17, I can tell you that, yes, he’s somewhere on the spectrum and maybe obsessive-compulsive. But those labels can be frustrating; they don’t begin to describe who Nick really is…

St. James does a good job of getting kids involved. There are sermons for kids, children’s choirs, Sunday school, playgroups, a Christmas pageant with parts for everybody as well as that corps of acolytes. On Sundays when I was feeling really down about Nick—wondering where our son would find his place in this world—I found it a comfort to note that some of the acolytes also had special needs. One performed his duties in a wheelchair; another had Down syndrome…

Ever since he’s become an acolyte, Nick has the clearest focus, Sunday after Sunday. Those qualities that you might think would hold him back are exactly the ones that drive him forward. If I thought tae kwon do was all about form and purpose, so is this. Lighting the candles, carrying a torch, holding up the Bible for the lesson to be read and marching down the center aisle with the cross, concentrating on that altar. On Sundays he serves the Lord.

Nick is a hard worker; he’s got a great sense of humor; he’s outgoing and a good swimmer; he’s developing a pretty good top-of-the-key basketball shot. He takes chess lessons a couple times a week, and he does okay. He’s also very affectionate—like his grandfather—and full of love to share.

Do I get frustrated with my son sometimes? You bet. But then I remember my dad, how understanding he was. And Deborah reminds me that I have to show my son not only that I love him but that I like him as well. More than that, I admire him.

If you’re interested in this story I would recommend you read it at the source as there’s more and it’s not too long. We don’t go to church but I found it moving how going to services has helped bring his family together. I also liked his description of how Nick’s perseverance and attention to order has helped him thrive with church duties and in tae kwon do. This whole story touched me, honestly, and it’s among the best celebrity essays I’ve read.

Guideposts has a video with Al too. He got me even more choked up when he said that his mom has passed and she would have loved that her grandson is active in church. He also said that you have to advocate for your child with special needs and accept their limitations but also not put limits on them. He said Nick is “Somebody God smiled on in a different way.” Then he admitted his kids bug the sh-t out of him. He said that “Some days he drives me nuts” but that “my other two kids drive me nuts in other ways.”

Then he joked, “No matter who they are they’re your children. On an given day they’re trying to suck the life out of you. Just leave you a dry husk. There are other days where you can’t believe you can love somebody this much. If you average it out, it’s pretty good.” I like him even more now! 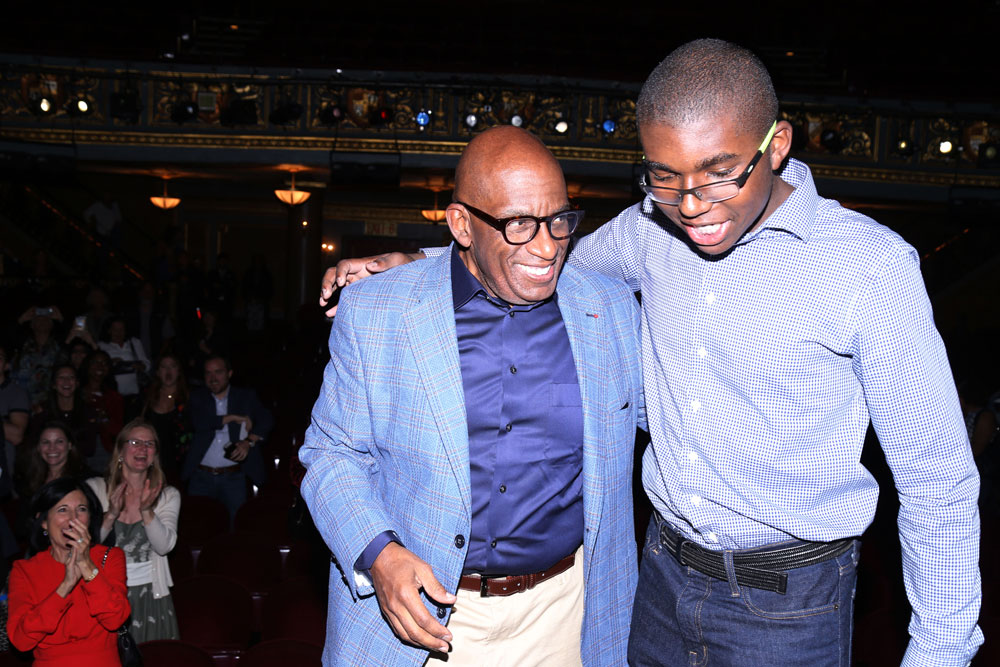 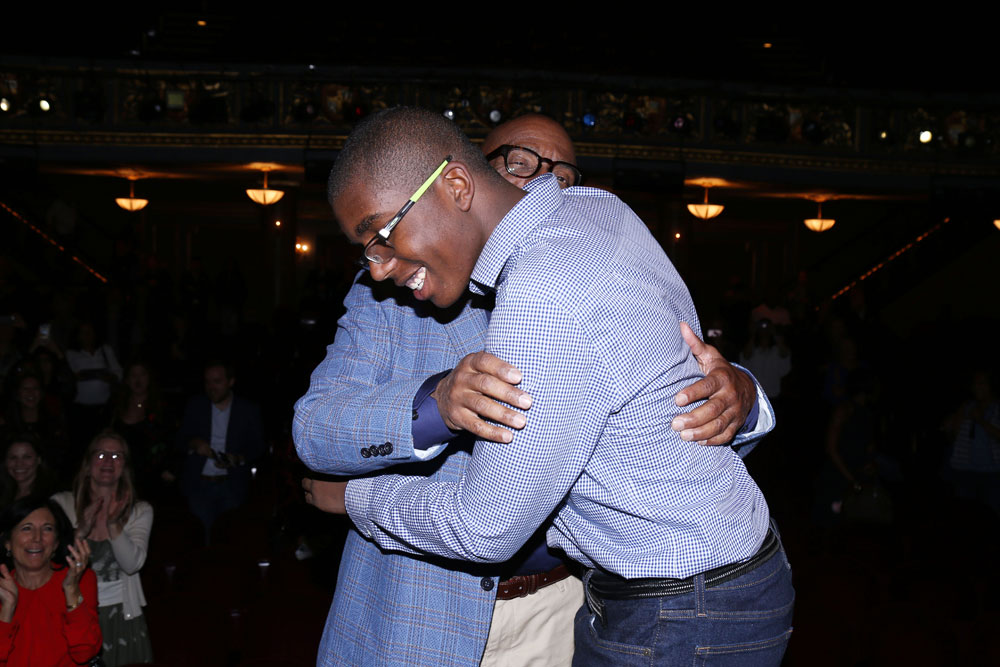 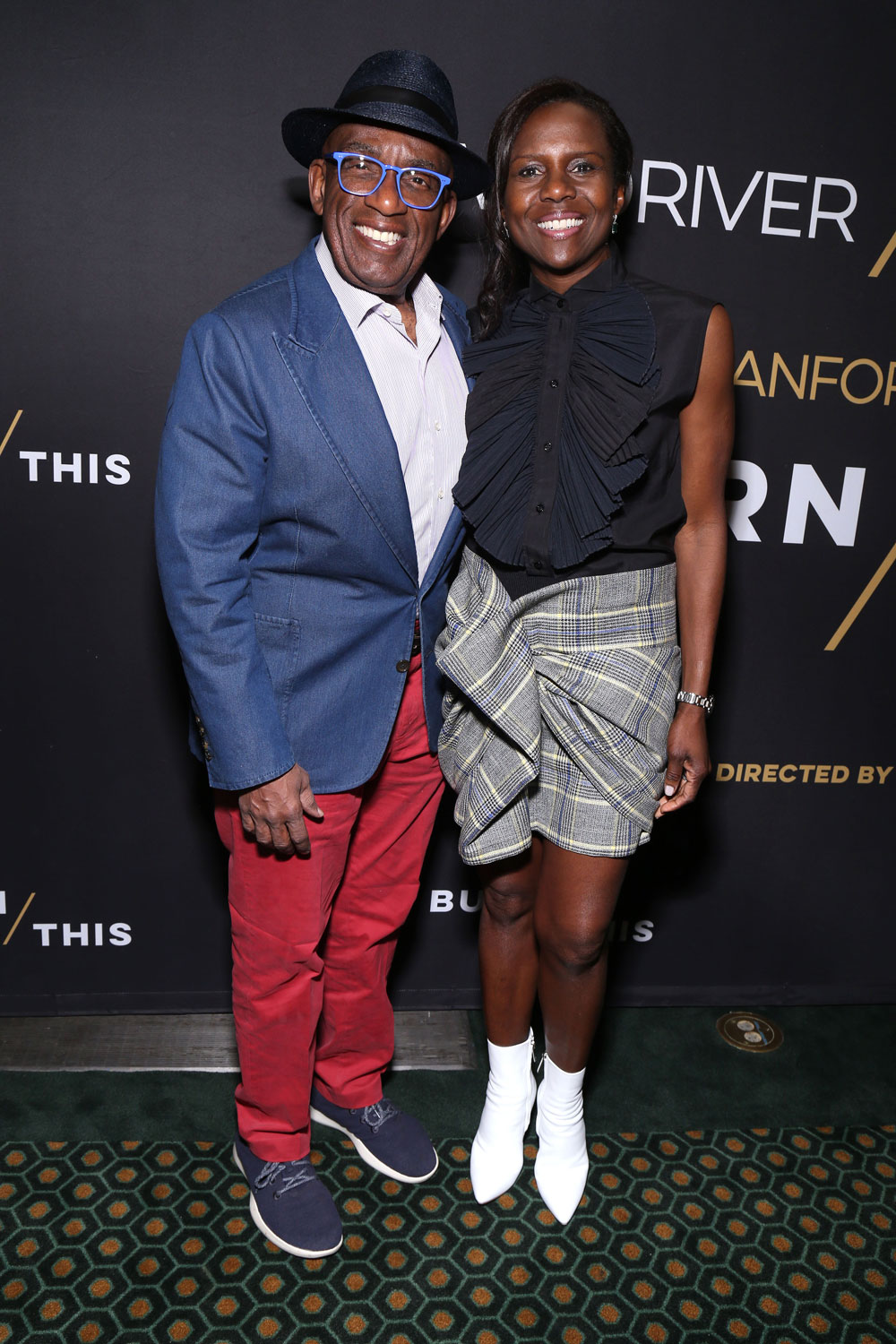