AJ Pritchard’s girlfriend Abbie Quinnen has opened up about the terrifying orde which saw a hitmfered £20,000 to kill her.  life was on the line earlier this year when she appeared in pantomime alongside revealing that the hitman had been given a complete list of where she  be performing and when.

The 23-year-old was even more taken aback when police told her to increase her own personal security.

Abbie has told The Sun that the venues she had performed at were also told to be alert, however the hitman was never tracked down by officials.

Since sparking up a romance with AJ last year, Abbie has since received multiple death threats.

She told the publication: “It was the scariest thing that has ever happened to me. 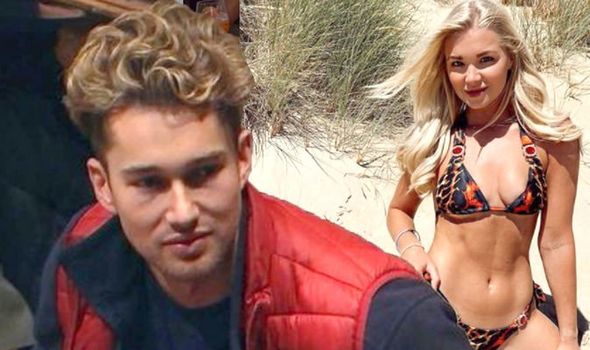 “I didn’t know what to do. I told AJ. He was like, ‘I can’t believe this is happening’. My heart literally dropped and I remember my legs were shaking.”

Abbie says she never expected something like this to ever happen to her, prompting her to go to the police for help.

She says she told her parents the downplayed version of the truth in a desperate bid not to make them worry.

Abbie’s pal told her back in January that someone tried to hire a hitman on the dark web to go after her.

At the time, Abbie and AJ were appearing together in Peter Pan in Dunstable, Bedfordshire, however officials were unable to track down the hitman in the end.

With beefed up security, it’s only fair that AJ’s brother Curtis Pritchard, 24, was also alarmed for his safety, having been on the tour in March.

He said: “It was a scary situation and I know when we went onto the AJ Live tour we had to let every single venue that we went to know that this had taken place.

“We had to make them aware of the situation that your life had been threatened and you could possibly be in extreme danger and we had to bring in extra support and security.”

Though a terrifying few months amid all the worry, Abbie is now finally over the ordeal.

Meanwhile AJ is currently taking part in I’m A Celebrity, as this year’s hit ITV series was relocated to Wales.

ITV landed on abandoned Gwrych Castle in the wilds of North Wales as restrictions made filming the show Down Under impossible.

With a lot of aspects of the series looking very different from what we know, it’s safe to say this year’s series has some surprises in store for us all.

Alongside AJ, celebs such as Vernon Kay, Corrie’s Beverly Callard, Sir Mo Farah, and journalist Victoria Derbyshire are just some of the names appearing on our screens.

I’m A Celebrity… Get Me Out Of Here! returns tonight at 9pm on ITV.