‘I left my marriage to go forwards, not backwards’: Adele reveals she struggled with the idea of dating and casual sex following her divorce – and claims her 30 album will ‘save lives’

She’s gearing up to release her fourth studio album, 30, on Friday.

And Adele has now spoken about her belief that 30 could help save people’s lives in a new interview.

In a conversation with Zane Lowe of Apple Music 1, the singer, 33, talked about the emotional journey behind the album which centres around her divorce and how she coped with the fallout of her split from Simon Konecki.

The songstress also touched on her struggles with dating, noting that while all her friends were out having casual sex, she didn’t want to ‘move backwards’ following her divorce. 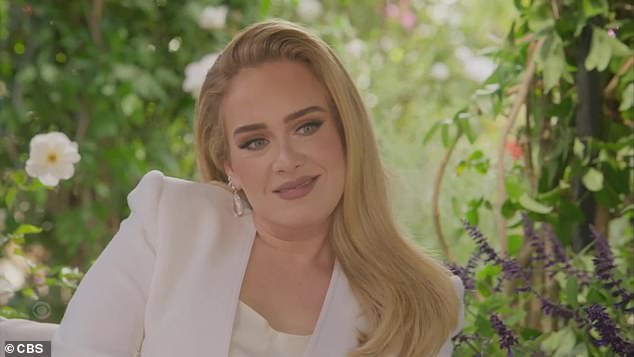 ‘I left my marriage to go forwards, not backwards’: Adele revealed she struggled with the idea of dating and casual sex following her divorce – and claimed her 30 album will ‘save lives’

Adele, who is in a relationship with sports agent Rich Paul, described the minefield of dating while famous, pointing out: ‘I’ve never been this well-known and been single’.

‘LA is not the f***ing place to go dating when you’re Adele,’ the songstress added.

She explained all her friends were engaging in casual sex, something she decided was not for her, explaining: ‘And I was like, I’m not doing that. I’m not, I’m not, that’s not… I’ve left my marriage to go forward, not to f***ing go backwards.’

Adele also expressed her hopes that 30 will help other people struggling to adjust to life after divorce. 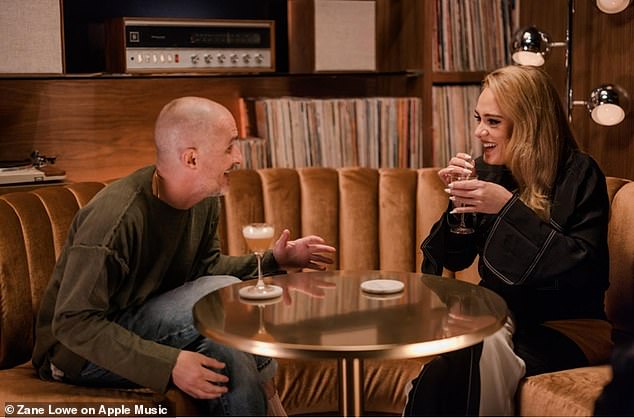 Candid: In a conversation with Zane Lowe of Apple Music 1, the singer, 33, talked about the emotional journey behind the album which centres around her divorce

She said: ‘It was like it really helped me, this album. It really, really did. And I truly do believe, like when we started the interview where I was like, “There’s not an occasion or a scenario or a feeling where there is not the perfect song for it somewhere.”

‘I really do believe, and I’m not being arrogant or anything like that here, it’s just like, it was my hell, but I really went to hell and back. And I realised, I actually didn’t like who I was.

‘And I really think that some of the songs on this album could really help people, really change people’s lives. And I think a song like Hold On could actually save a few lives. I really, really do.’ 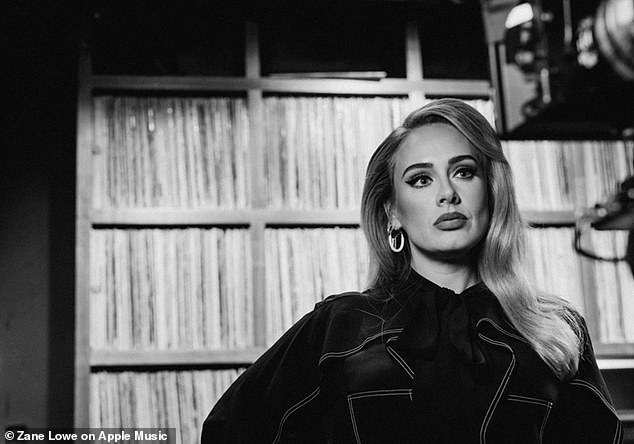 New love: Adele also described the minefield of dating while famous, pointing out: ‘I’ve never been this well-known and been single’

Adele candidly revealed how it felt watching her nine-year-old son Angelo go through her divorce to his father, Simon Konecki and how it inspired her upcoming track from the album, My Little Love.

She said: I was present in real life, but I just wasn’t really there. I was just so consumed… by so many things, to be honest with you, so many different feelings.

‘And he [Angelo] plucked up the courage to very articulately say to me, “You’re basically a ghost. You might as well not be here.” When he said, “I can’t see you.” And I’m like, what kind of poet is that?

‘For him to be little and say, “I can’t see you,” to my face broke my heart. And I just… that was definitely one of the things I was most scared of when I left our… I didn’t leave our family, but left that structure, was just, what if he hates me forever? 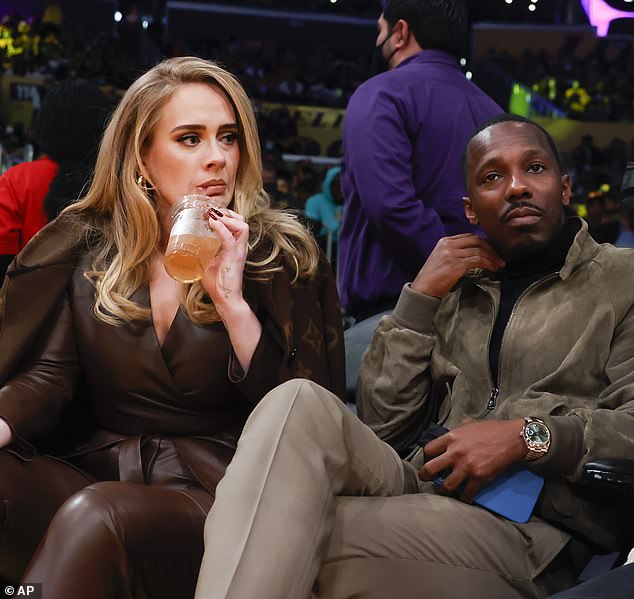 Coupled up: Adele, who is in a relationship with sports agent Rich Paul, noted that while all her friends were out having casual sex, she didn’t want to ‘move backwards’ (pictured in October)

On writing the song, she said: ‘And while I was writing it, I just remember thinking of any child that’s been through divorce or any person that has been through a divorce themselves or anyone that wants to leave a relationship and never will.

‘I thought about all of them, because my divorce really humanised my parents for me. And that song, writing it, made me just kind of get over things that my own parents did or didn’t do for me.

‘And we all have our own expectations of our parents. Once we become a parent ourselves, I feel like we tend to be like, “Oh they did a s**t job.” But in reality it’s f***ing hard.

She confessed: ‘I feel like it was important for me to tell Angelo’s story and be like, it was hard and I wasn’t doing a very good job at the most wild moment of his life probably.’

Doting dad: Adele dedicated 30 to the son Angelo – who she shares with ex-husband Simon Konecki (picture with Simon in 2013)

It was recently revealed the song includes audio recordings from conversations with Angelo in which he attempts to stop her crying.

In more heart wrenching notes she says ‘Tell me you love me’, to which Angelo replies, ‘I love you, one million per cent. I feel like you like me too.’

Adele continues in the tearful voice notes: ‘You know Mummy doesn’t like anyone else like I like you, right? Mummy’s been having a lot of big feelings lately, I’m confused and I don’t know what I’m doing.’

In more voice notes to her son she says: ‘I love your dad because he gave you to me…  I’ve had a bad day, I’m very anxious…

‘I feel very paranoid, stressed, and I’m hungover which never helps. I feel like today is the first day since I left him that I actually feel lonely — and I never do. I just feel really lonely and frightened, and I’m worried I might feel like this a lot.’

1. Strangers by Nature – The opening track is laden with funeral chords and sets the tone for the imminent heartache fans prepare to witness.

2. Easy on Me – The lead track from the album is already a classic on the album

3. My Little Love – The appearance of Angelo on this song makes it the most candid and details the intricacies of  her pain.

4. Cry Your Heart Out – In a bid to avoid an excess of ballads, this track is wholly more upbeat.

5. Oh My God – A mid-tempo R&B number about the arrival of new love.

6. Can I Get It – The album’s Rolling In The Deep moment sees her team up with Swedish producer Max Martin and his sidekick Shellback.

7. I Drink Wine – Having a song centered around wine harks directly back to Adele’s recent chatter about her relationship with alcohol during the split and how she kicked booze to shed her ‘hangxiety’.

9. Woman Like Me – The most blatant references to Simon are made in the comments about ‘laziness and complacency’ here.

10. Hold On – This track has ‘Adele’s Crazy Friends’ listed as the choir and she told Oprah she could see the song being ‘a national anthem’

11. To Be Loved – Adele revealed this track is about her estranged father Mark Evans and the steps she has taken to allow herself to be loved despite his absence.

12. Love Is a Game – Adele ends on a high-note with the track where she sings ‘Love is a fame for fools to play and I ain’t fooling’

15. Easy on Me (with Chris Stapleton)