Adele has sparked speculation that she is engaged after being spotted wearing a huge diamond ring on the appropriate finger at the Brit Awards.

Tonight’s awards show marks the singer’s first public appearance since tearfully cancelling her Las Vegas residency at the last minute, explaining that Covid and production delays were the cause of the announcement.

The 33-year-old stunned on the red carpet at London’s O2 arena, donning a velvet black gown with a sweetheart plunging neckline and sheer netting and having her hair styled in an elegantly.

However, one aspect of her ensemble that has set tongues wagging is her jewellery, as the Easy On Me musician was seen wearing a large rock on the fourth finger of her left hand – the finger typically reserved for an engagement ring.

Adele is currently in a relationship with American sports agent Rich Paul, revealing in an interview in December that she kept their relationship secret from friends for a significant amount of time.

It’s believed they were first linked around May 2021, before being seen at an NBA match a couple of months later. 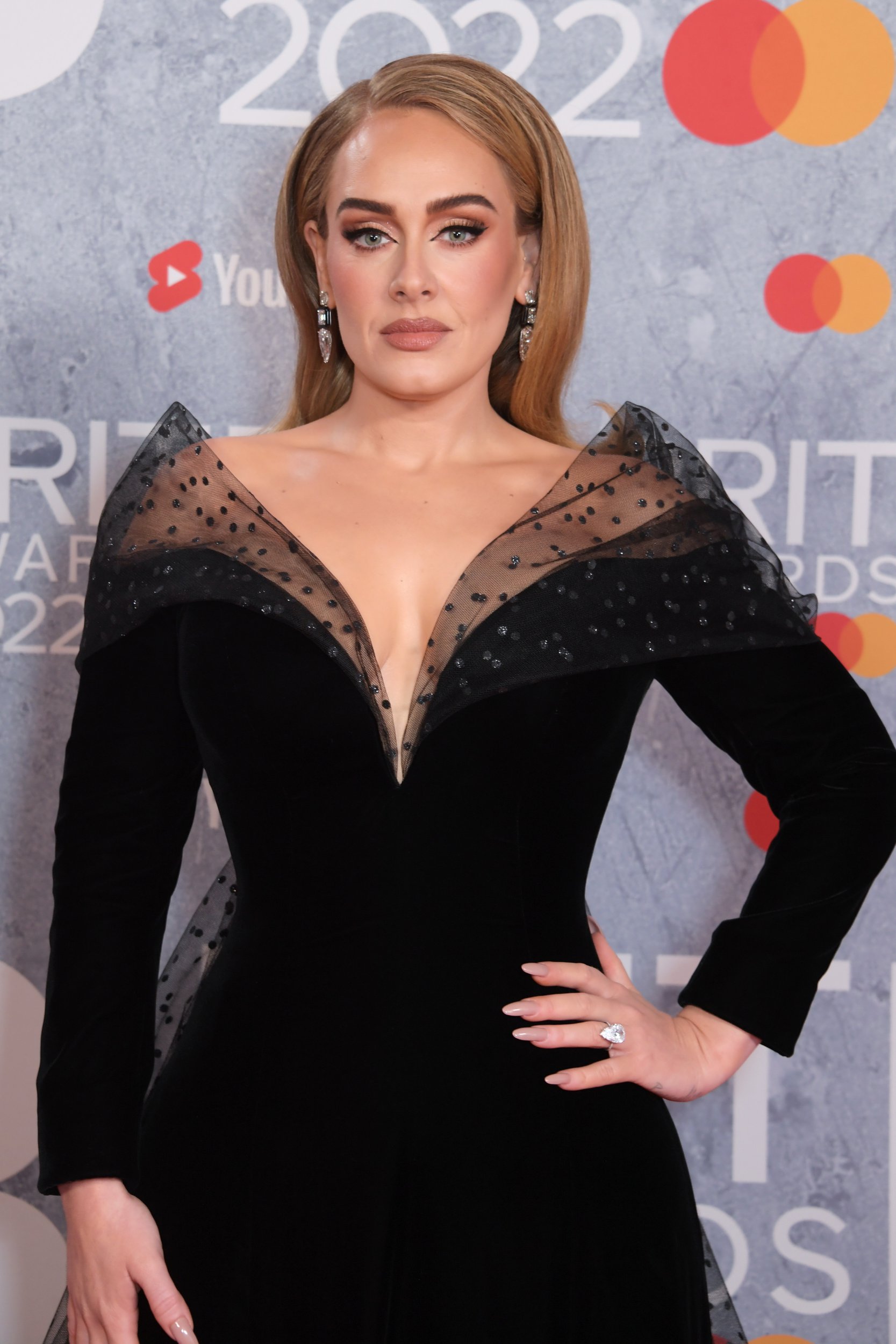 So could it be that the couple are preparing to tie the knot?

Adele was previously married to charity entrepreneur Simon Konecki, with the pair first becoming romantically involved in 2011 and welcoming their son, Angelo James, a year later.

They were married in 2018, with their separation confirmed in 2019.

When it was announced that Adele would be performing at the Brits, she used the opportunity to shut down rumours concerning her relationship with Rich.

Following reports that their romance could be on the rocks, she stated coolly: ‘Oh, and Rich sends his love.’

During tonight’s awards ceremony, Adele won the first accolade of the night, taking home the prize for Song of the Year for her track Easy On Me.

As she accepted the award, she said: ‘First of all I didn’t know that many songs were nominated for song of the year. I can’t believe that a piano ballad won up against that many bangers.

‘But thank you so much. It is always a pleasure to be here. I always love coming home and the Brits is such a big part of my career since way back when I was a little foetus.’

In the video she shared on social media in January announcing the Las Vegas shows had been cancelled, she broke down in tears as she explained that the performance wasn’t ‘ready’.

‘We’ve tried absolutely everything we can to pull it together in time and for it to be good enough for you but we’ve been absolutely destroyed by delivery delays and Covid,’ she said at the time.

‘Half my crew, half my team have come down with Covid – they still are – and it’s been impossible to finish the show.

‘And I can’t give you what I have right now and I’m gutted. I’m gutted and I’m sorry it’s so last minute.’