Adam Sandler takes aim at the Academy Awards after he was snubbed: ‘Let all those douchebag motherf*****s get their Oscar’

The 53-year-old actor took home the trophy at the awards ceremony, which was held on the beach in Santa Monica, for his work in Uncut Gems.

And the star used his acceptance speech to poke fun at his snub in the category at the Academy Awards, which will take place on Sunday. 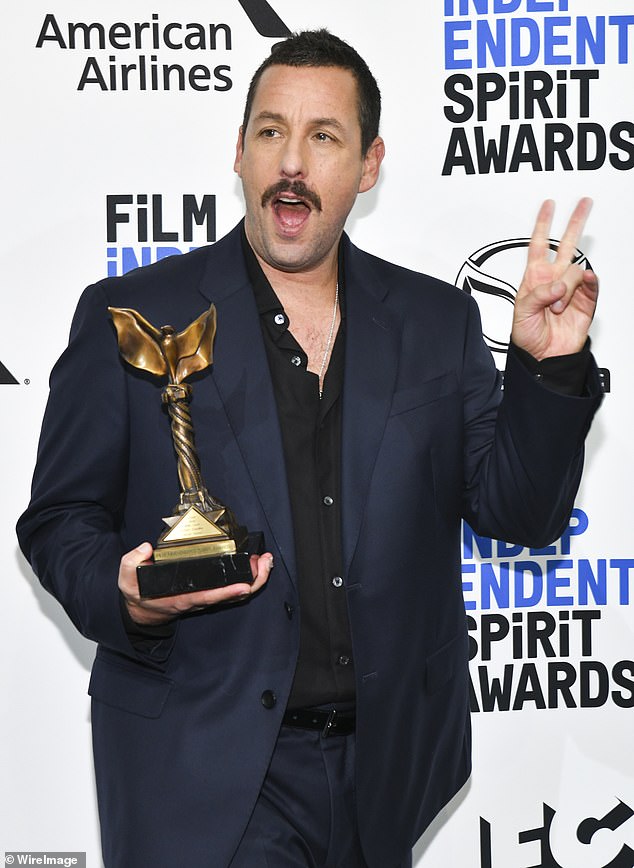 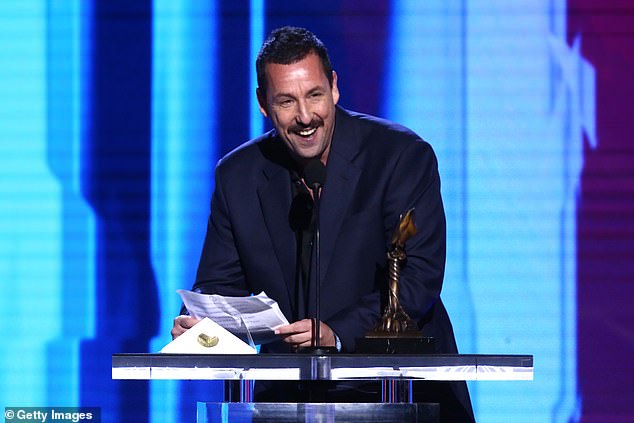 He got it! The 53-year-old actor took home the trophy at the awards ceremony, which was held on the beach in Santa Monica, for his work in Uncut Gems

‘A few weeks back when I got quote-on-quote snubbed by the Oscars, it reminded me when I briefly attended highly and was overlooked for the coveted yearbook superlative Best Looking,’ he joked.

‘That accolade was given to a jean jacket wearing douche bag by the name of Skipper Jenkins, but my classmates did honour me with the allegedly less prestigious ‘Best Personality’.

‘Let all those douchebag motherf*****s get their Oscar tomorrow night. Their handsome, good looks will fade in time, but our indent personalities will shine on forever!’ 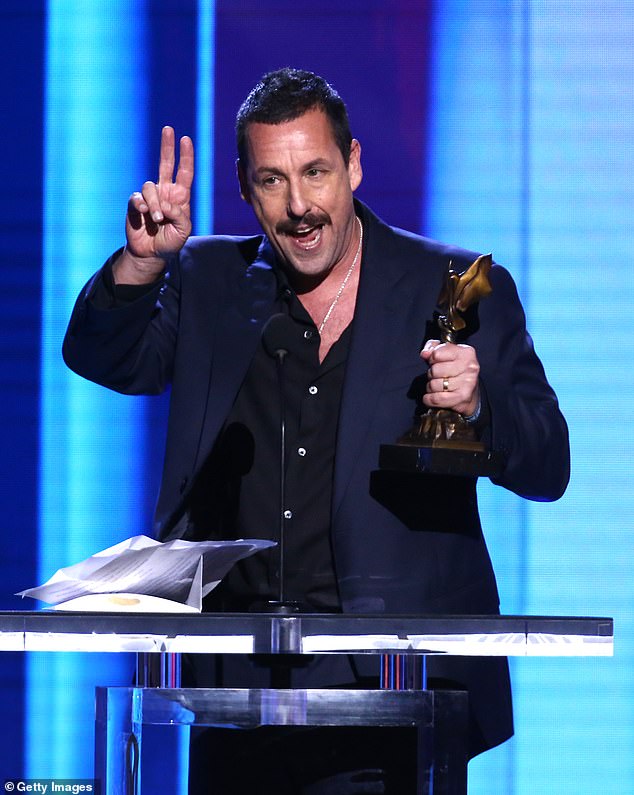 Dig: And the star used his acceptance speech to poke fun at his snub in the category at the Academy Awards, which will take place on Sunday 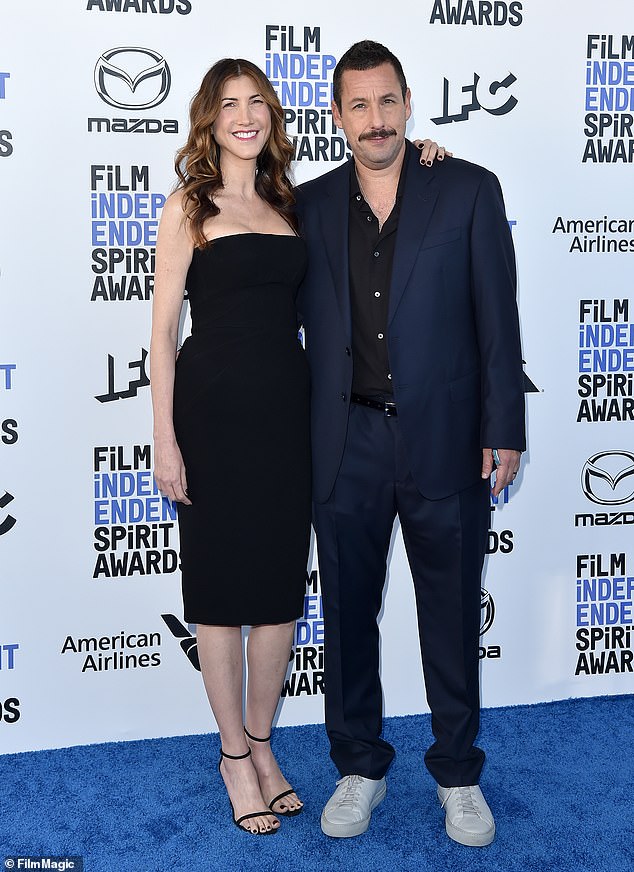 He sure has a pretty better half: Sandler with his longtime wife Jackie with whom he has two daughters 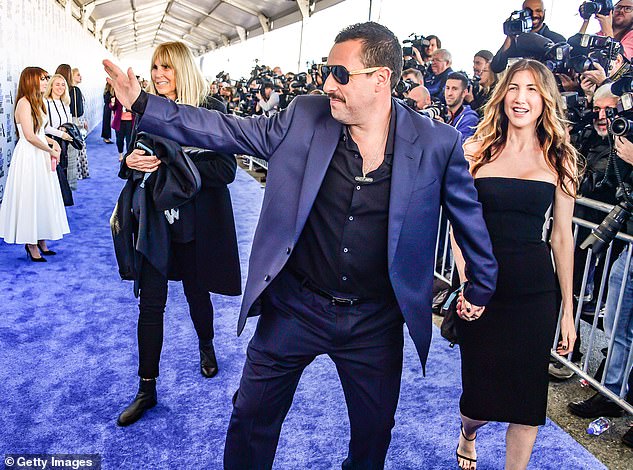 Life of the party: He was in a great mood as he walked the purple carpet with wife and his pr 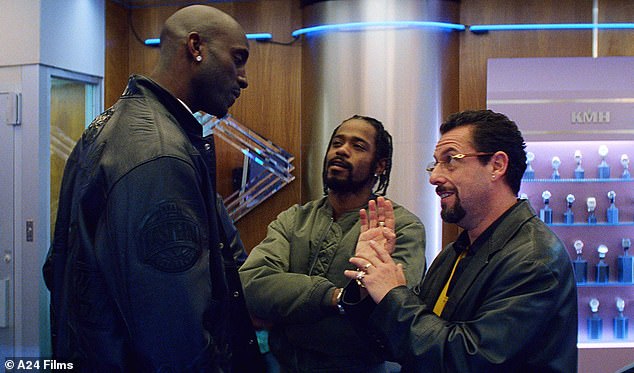 His big role: Here Sandler is seen in Uncut Gems. He plays a charismatic New York City jeweler always on the lookout for the next big score

Uncut Gems was a big winner on the night, as it also won a Best Director accolade for Safdie brothers Benny and Josh, and the Best Editing award for Ronald Bronstein and Benny Safdie.

Elsewhere in the evening, Renée Zellweger bagged the gong for Best Female Lead for her starring role in Judy Garland biopic Judy while the coveted Best Feature award went to The Farewell.

Marriage Story picked up the Robert Altman Award – which is given to one film’s director, casting director, and ensemble cast – whilst the movie’s helmer Noah Baumbach also bagged the Best Screenplay trophy. 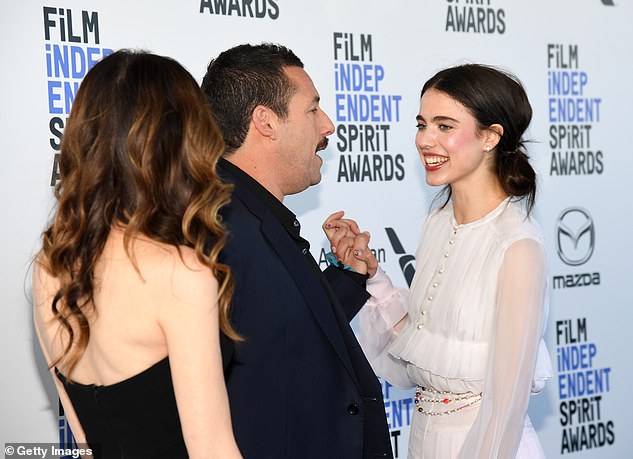 A pal: Here the star is seen standing with his wife Jackie as he spoke to Margaret Qualley

Chris Galust – Give Me Liberty

Lauren “lolo” Spencer – Give Me Liberty

Kirill Mikhanovsky – Give Me Liberty

Give Me Liberty – WINNER

Island Of The Hungry Ghosts

Portrait Of A Lady On Fire, France

Someone To Watch Award