Abbey Clancy was putting her own spin on autumn fashion when she headed out shopping in Knightsbridge, London on Sunday.

The mother-of-four, 34, looked incredible as she went braless under a form-fitting nude jumpsuit which she teamed with white heeled cream boots.

Keeping warm, Abbey wore a matching shearling coat over the top as she prepared to hit the shops. 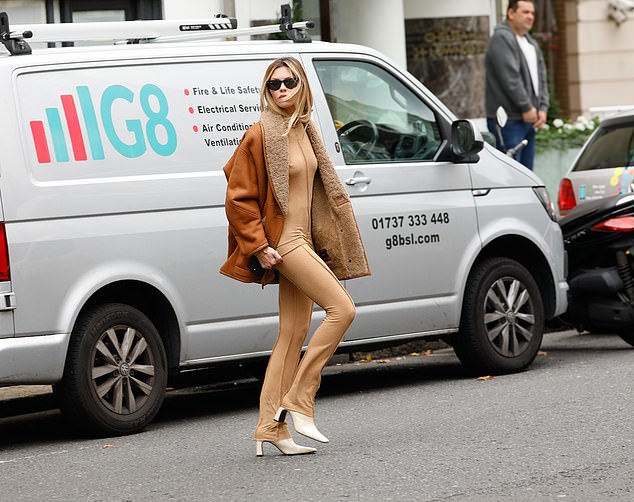 Just an illusion: Abbey Clancy went braless under a very racy nude all-in-one as she went shopping in Knightsbridge on Sunday 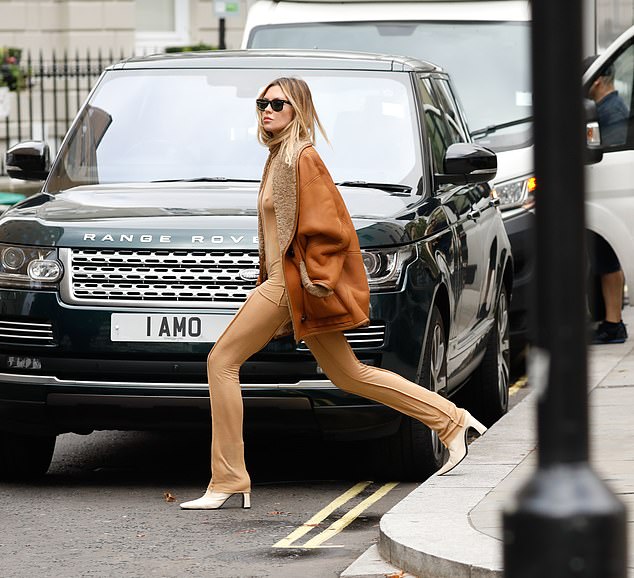 Snug: Keeping warm, Abbey wore a matching shearling coat over the top as she prepared to hit the shops

Abbey was solo for her outing but looked every inch the superstar in a pair of designer shades.

Earlier in the week, Abbey took a night off from parenting duties as she enjoyed a date night with her footballer husband, Peter Crouch.

Peter showed off his new moustache as he enjoyed a romantic date night with Abbey Clancy on Wednesday. 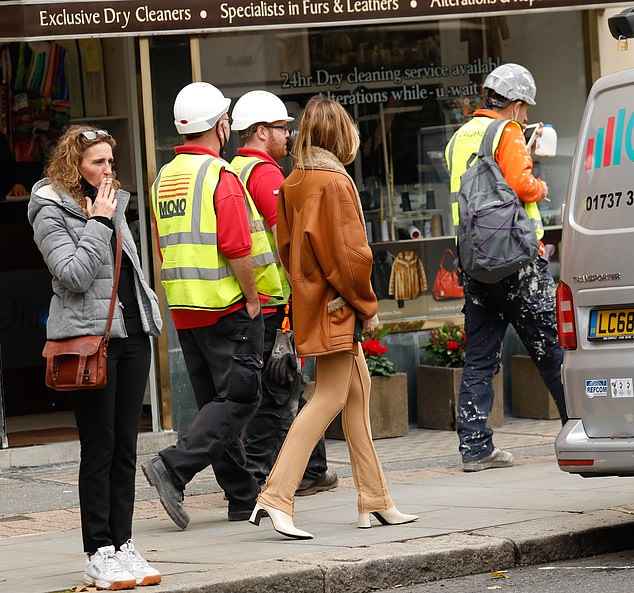 Stopping traffic: She was surrounded by workmen as she made her way to the shops

Fashion, dahling: Abbey looked like she had stepped straight out of the pages of a magazine

The former footballer, 39, posed for a clip taken by Abbey as they went for a meal in a restaurant where he displayed his new look.

Posting the snap to her Instagram Stories, the model captioned it: ‘The tree #ifyouknowyouknow’.

In the clip, Abbey said she disliked the tree in the background while Peter joked he was ‘into trees in restaurants first’. 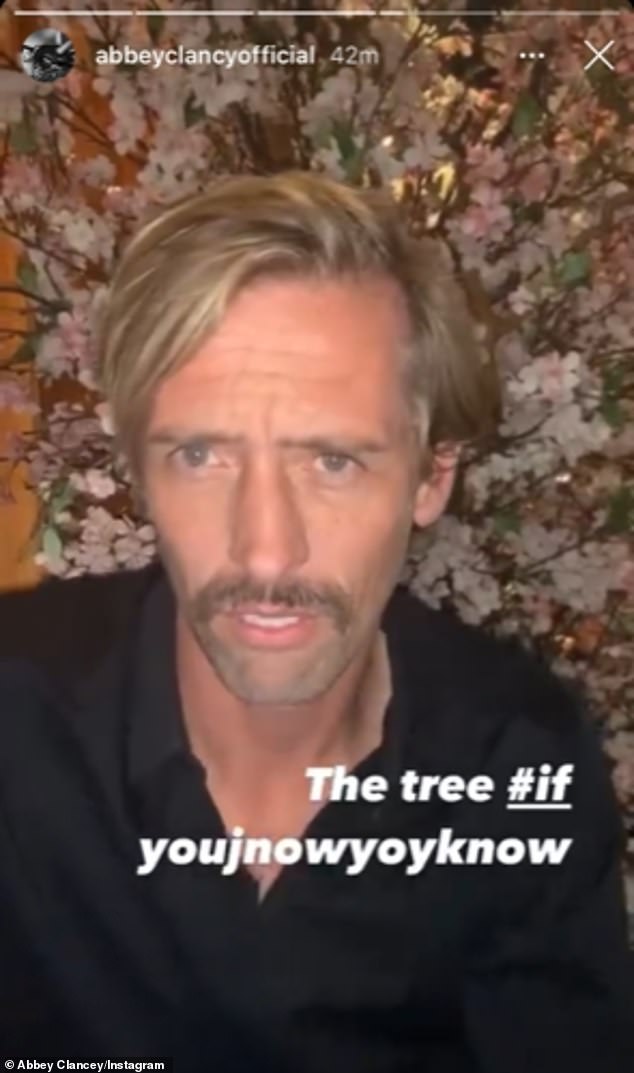 Date: Peter Crouch, 39, showed off his new moustache as he enjoyed a romantic date night with Abbey on Wednesday

Abbey occasionally shares glimpses into the couple’s married life on her social media and marked their ninth wedding anniversary in June with a loved-up post.

‘9 years married and counting ❤️❤️❤️I adore you always and forever,’ she wrote alongside an old photo of the couple sharing a passionate kiss.

It comes after Abbey recently shared an Instagram Vs Reality post on her Stories, with the first snap featuring the beauty modelling a sizzling dress, before the shoot was crashed by her children.

The model looked sensational as she posed in her plush home, wearing a tight black dress with a daring split in the first photo.

Flashing her long legs, she paired the dress with thigh-high boots as she posed and pouted for the selfie.

But the reality of the glam session was revealed in the model’s second shot as she struck another pose while her four children played around her. 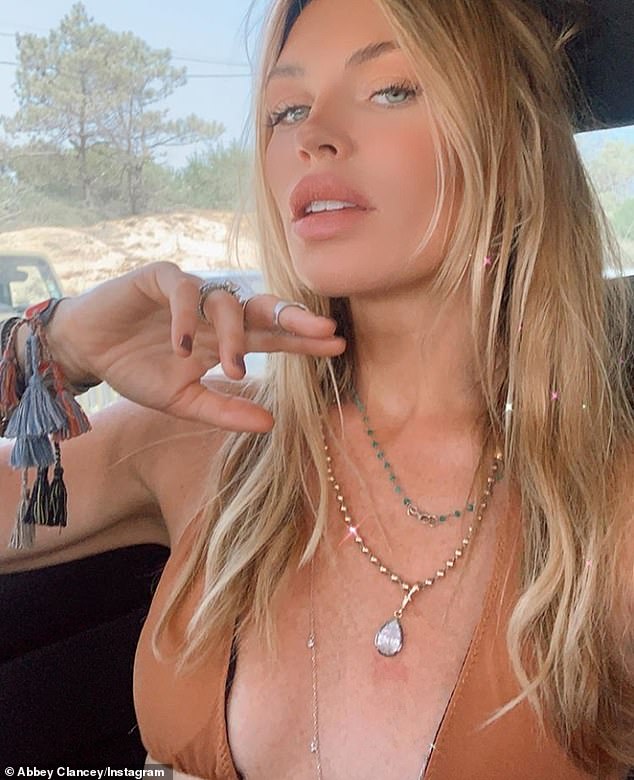 Couple: The former footballer posed for a clip taken by Abbey, 34, as they went for a meal in a restaurant where he displayed his new look