Showing off her new man! 90 Day Fiancé’s Larissa Dos Santos Lima let loose with her boyfriend on Saturday, March 2, at a divorce party in her honor at the Crazy Horse 3 in Las Vegas following her split from estranged husband Colt Johnson.

“Everything by your side is magic,” the reality star, 32, captioned an Instagram picture of herself and her beau matching in gray and black outfits. “Luv u.” Dos Santos Lima later added a second post with the lyrics to “Paris” by The Chainsmokers.

It’s safe to say the Brazil native enjoyed her night out with the 26-year-old. Dos Santos Lima went Live on Instagram at one point in the night, showing the two getting a lap dance before exchanging a passionate kiss.

Dos Santos Lima announced she had a new man on February 17. The reveal came just a little over one month after Johnson, 33, filed for divorce after she was arrested for the third time following an alleged incident that took place in their Las Vegas home. (Charges were dropped on her other two arrests.)

Since their breakup, Johnson told Us Weekly that he is “attempting” to cancel Dos Santos Lima’s green card. However, he explained that he isn’t sure whether she used him to obtain the green card or not. “I’ll never know. I don’t know, honestly,” he told Us earlier this month. “I can tell you, though. I don’t know if she used me … But right now, how she’s acting, showing no love or affection toward me whatsoever, so that’s all I can base my feelings on right now. To be honest with you, I feel very used right now.”

Dos Santos Lima — who appeared on season 6 of the hit TLC show with Johnson, whom she wed in June 2018 — later opened up to Us about her regrets. “I think the show accelerated all the drama, especially with his mother too,” she said. “Five days before the wedding, I got arrested. I do regret the show. If I could go back in time, I would never do the show.”

Scroll down to see pictures from Dos Santos Lima’s date night with her new boyfriend. 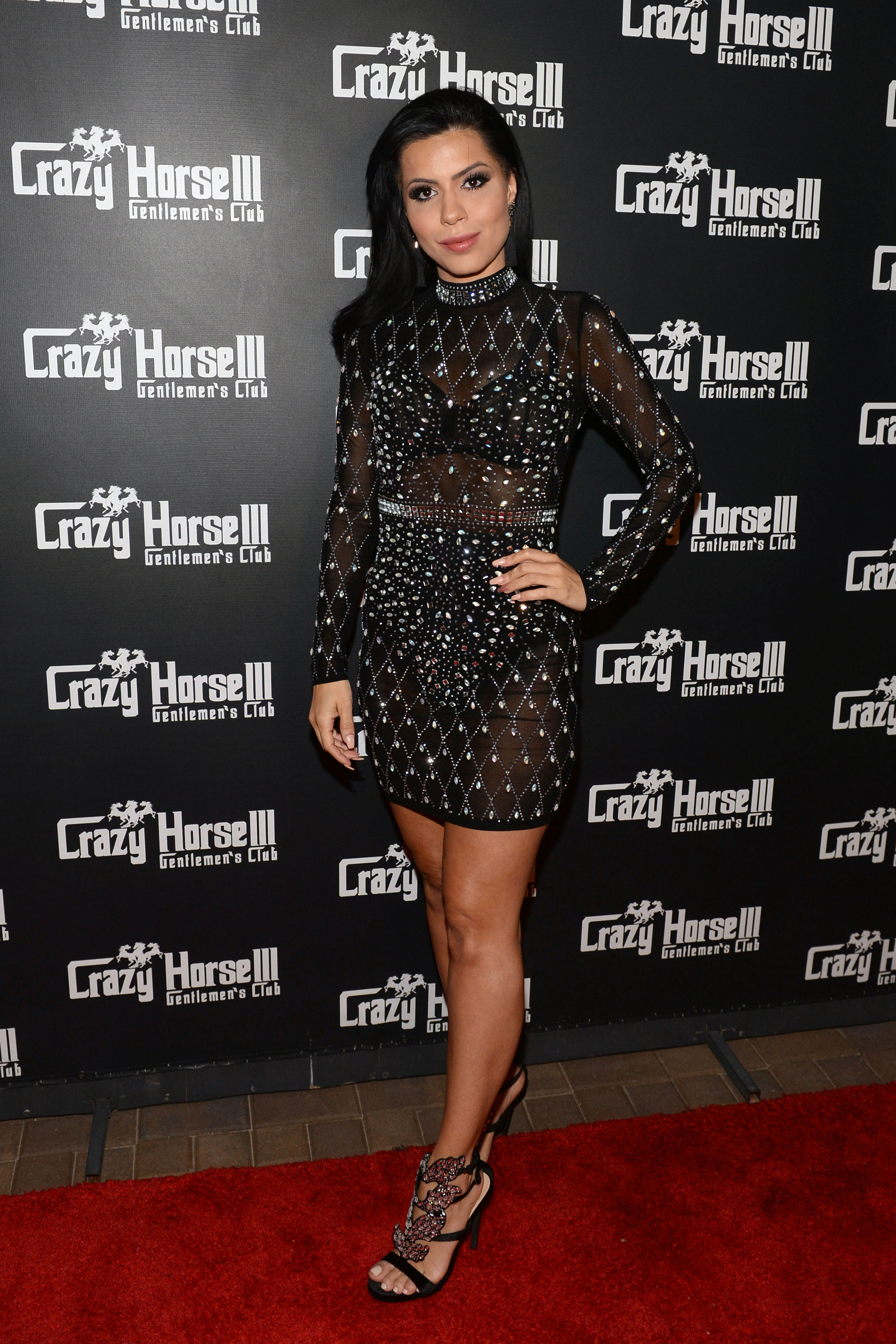 Dos Santos Lima showed off her legs in a short black, long-sleeve dress and open-toe high heels at the event. 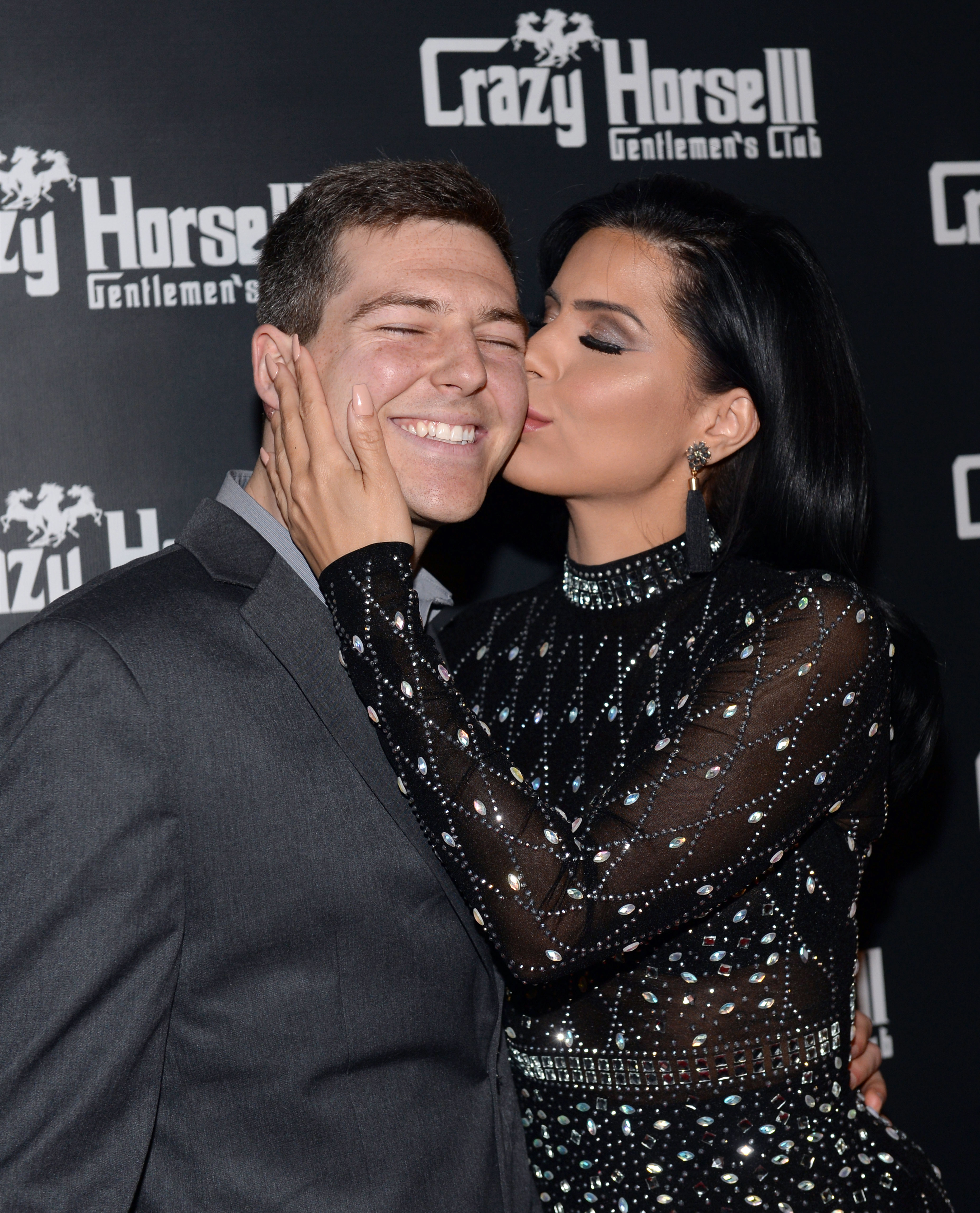 The guest of honor planted a sweet kiss on her boyfriend’s cheek as they walked the red carpet. 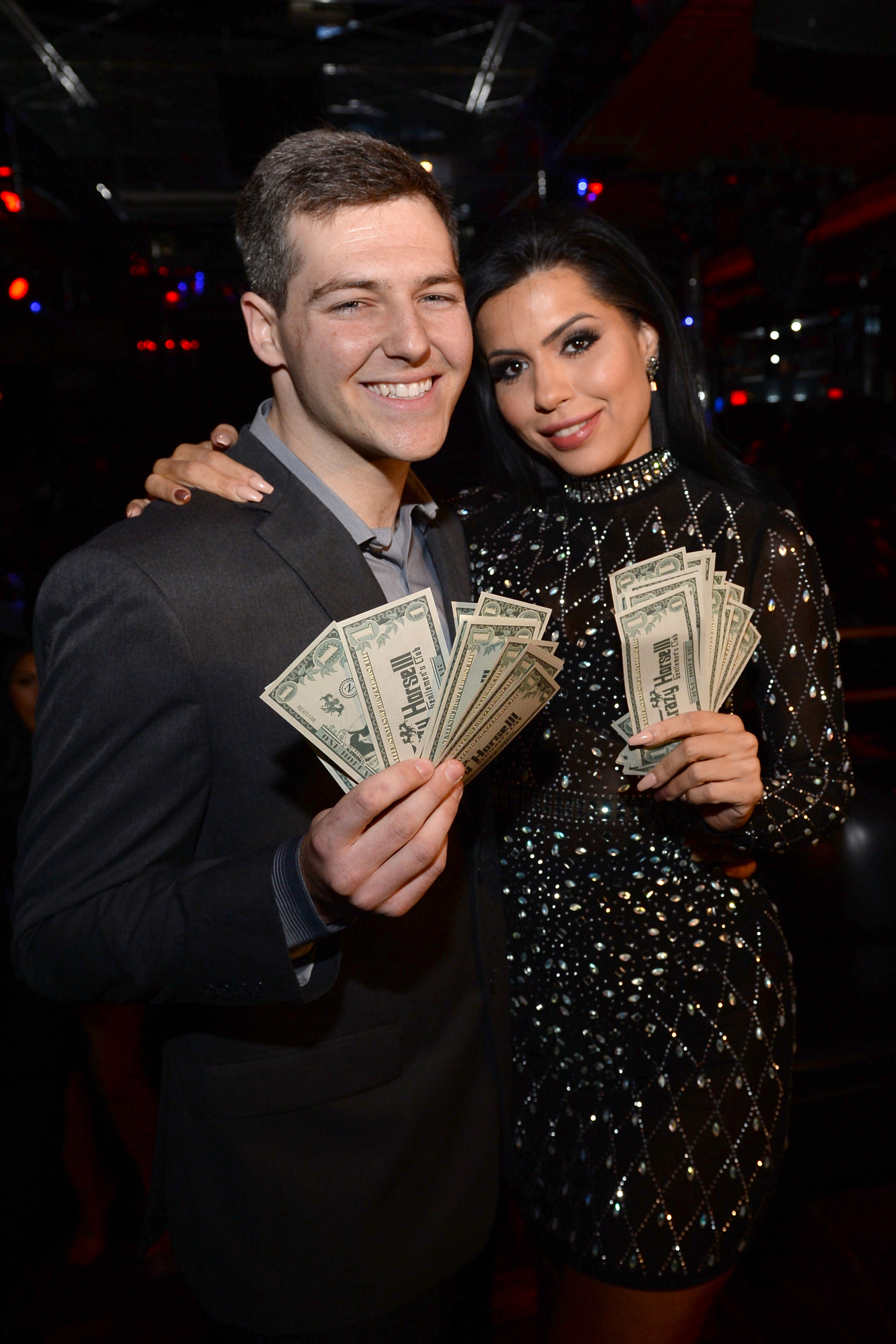 Dos Santos Lima and her new beau posed with Crazy Horse dollar bills ahead of their action-packed night. 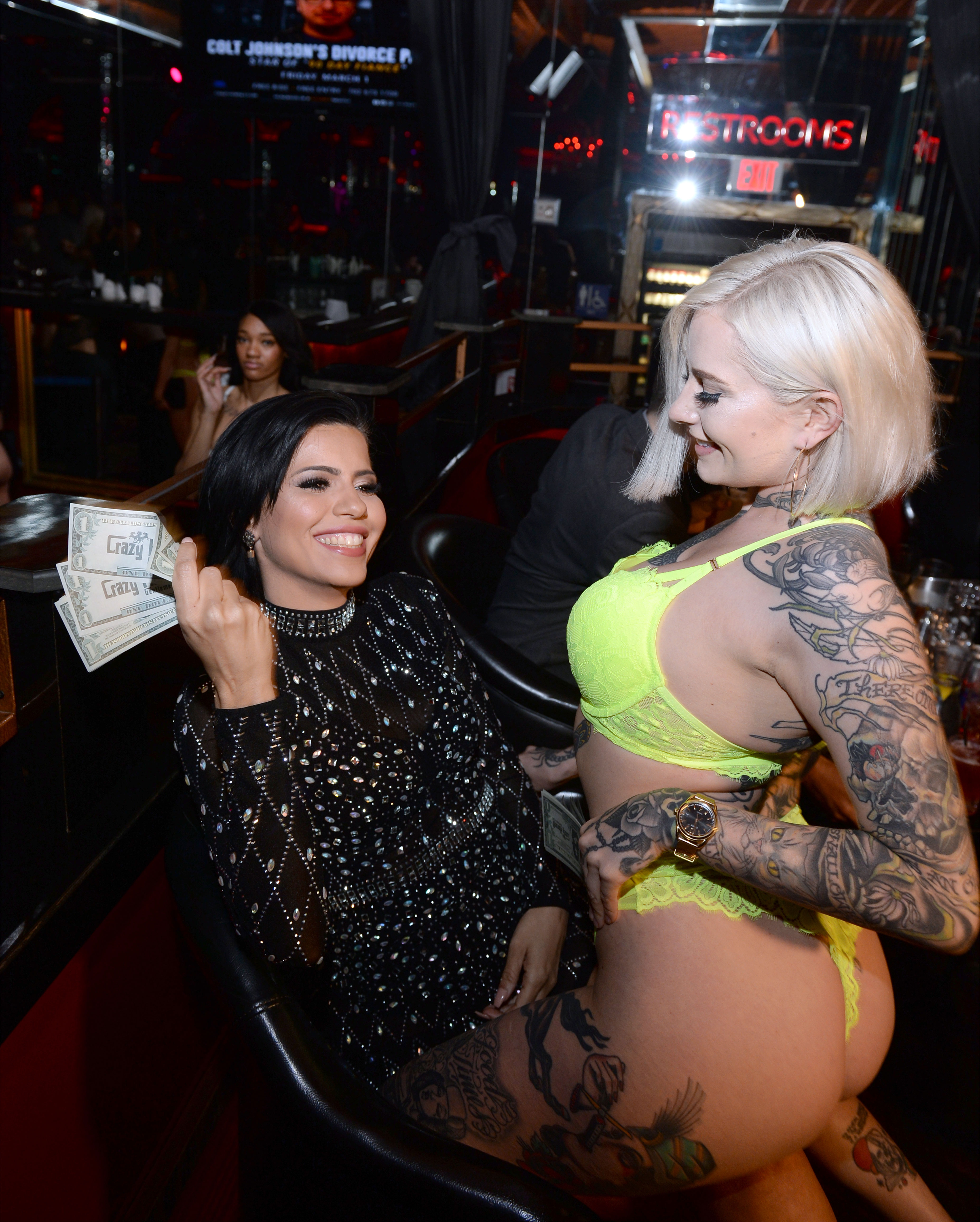 The reality star appeared to giggle as she received a lap dance from a Crazy Horse 3 worker. 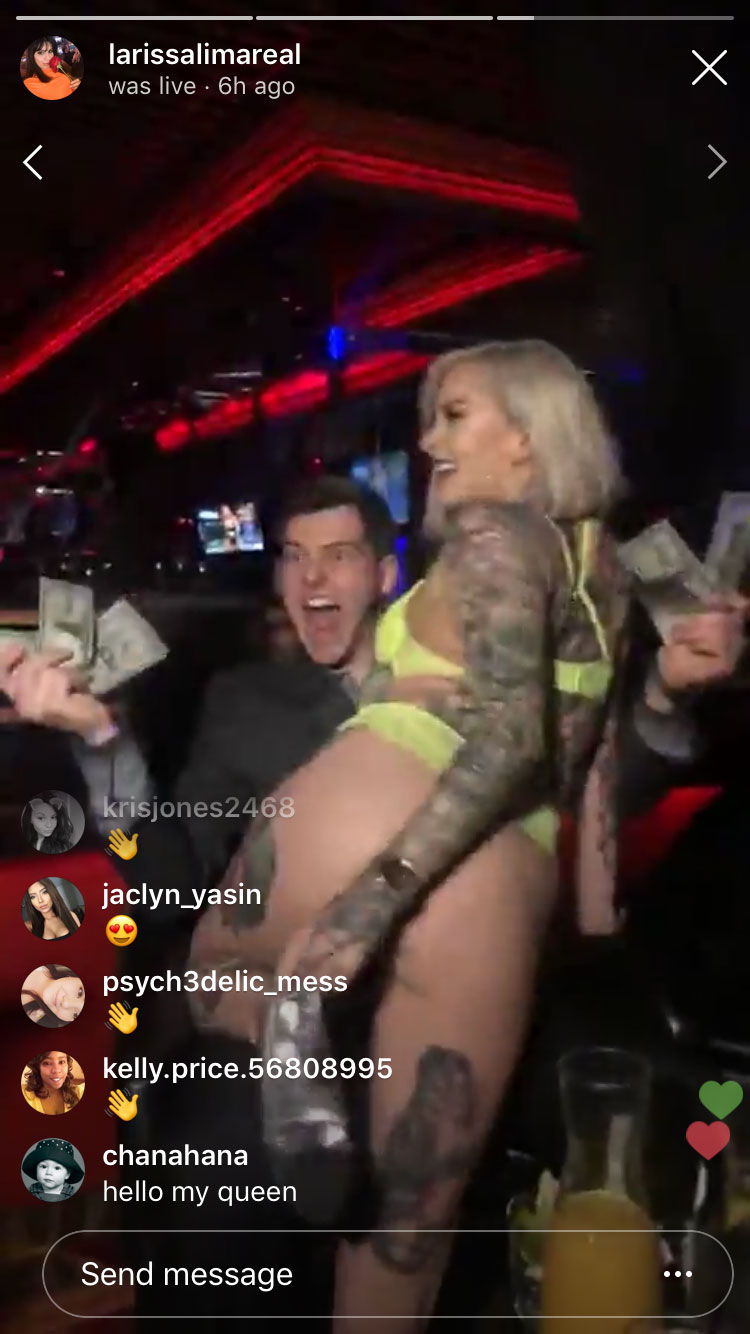 Her beau joked around as the same stripper gave him a dance.