After Wall Street and investors soured on adtech, the sector is hot again.

Even as advertisers slashed their spending in the economic downturn, the rise of streaming TV and online shopping have benefitted adtech companies that help advertisers and marketers buy and sell ads.

Adtech stock gains by companies like The Trade Desk, Magnite, LiveRamp, and Criteo and the rise of special-purpose acquisition companies (or SPACs) have given rise to more adtech IPOs like PubMatic and fueled rumors of DoubleVerify IPOing early next year. And the death of third-party cookies has advertisers scrambling to prepare for a world where ad targeting and measurement will get harder.

Read more: A rush of media and advertising companies are going public via SPACs. Here's why Playboy, CuriosityStream, and Digital Media Solutions are betting on blank-check deals.

While M&A slowed down this year, deals like Comcast's acquisition of adtech startup Beeswax, Experian's acquisition of Tapad, and S4 Capital's acquisition of Amazon ad agency Orca Pacific shows that there are still plenty of deals happening in an industry that experts have said is ripe for consolidation for years.

Business Insider asked investors, consultants, and bankers which adtech companies could be hot acquisition targets in 2021. They named eight companies that are focusing on shaking up TV ad buying and identity products. To be clear, these people did not suggest that any of the companies are actually in talks.

"Any company that has decent methodology in a post-cookie world with some liquidity around having a stable of buyers or sellers will be in high demand," said Matt Prohaska, CEO and principal of Prohaska Consulting.

As for sellers, sources saw big opportunities for private equity firms to gobble up adtech companies.

"These companies are seeing for the first time that there are options out there for them," said one longtime adtech entrepreneur and advisor. "Two or three years ago, you either got acquired if you were good or you fumbled along — there are a plethora of options for sellers now."

Below are the eight companies. Where available, we included funding information for private companies. 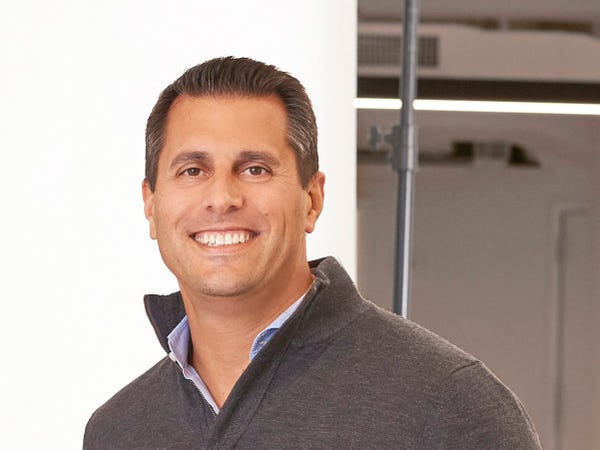 Why it's an acquisition target: It helps with targeted TV ads

Cadent is one of a handful of tech firms that specializes in addressable advertising, which targets specific TV ads at audiences.

The firm's clients include advertisers and video publishers, grouping data across smart TVs, mobile devices, linear TV ads, and household data that is used to buy and sell ad space.

Speculation about a sale of Cadent have long swirled. In 2018, Comcast was rumored to be interested in acquiring the firm. One investor source said that Cadent "is doing remarkably well in terms of revenue and EBITA." Cadent declined to comment for this story. 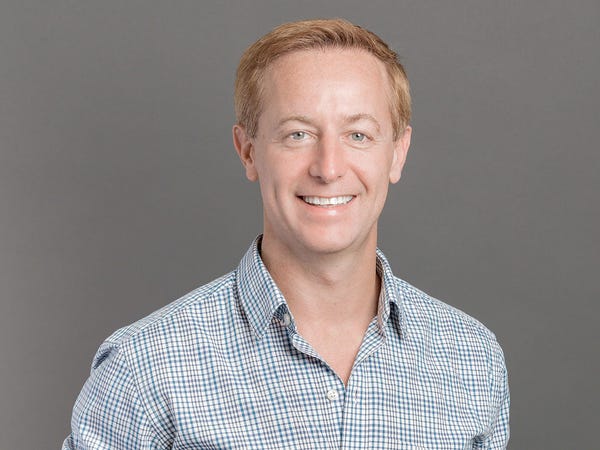 Total funding to date: $57.8 million, according to Crunchbase

Why it's an acquisition target: It wants to measure TV ads like digital

ISpot.TV pulls together TV viewing data to measure what commercials and programs people watch in real-time and licenses the data to advertisers and TV networks like NBCUniversal.

The firm claims that it can use such data to see if TV ads led consumers to take an action. The firm has notable deals with smart TV manufacturer Vizio and data firm Neustar.

One investment banker noted that while TV-tech firms are hot acquisition targets, iSpot.TV's reliance on a small handful of sources of data could be a concern for a buyer. Vizio is also building out a business selling ads within its properties and some ad-supported streaming apps. ISpot.TV declined to comment for this story. 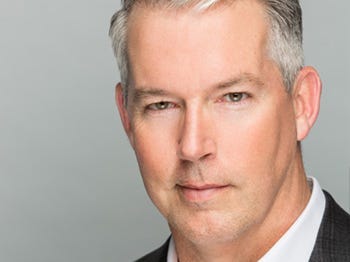 Why it's an acquisition target: Wants to expand TV measurement beyond ads

Kinetiq.tv formed in 2019 from the combination of 4C and iQ Media.

The company is aiming to solve measurement challenges by tracking TV ads in more than 85 countries.

It also tracks advertisers' earned media and sponsorships on TV in addition to ads and measures whether ads led to an action.

Kinetiq has partnerships with companies like LiveRamp that help marketers plan and measure TV ads. Clients include Mercedes-Benz, Fox Broadcasting Company, and Google.

Sources suggested that a data firm like Neustar, Kantar or Ipsos looking to build out TV practices could be likely buyers.

Kinetiq did not respond to a request for comment. 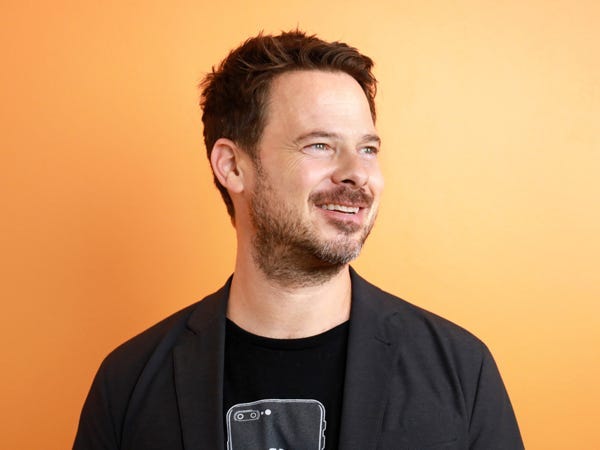 Total funding to date: $65.1 million, according to Crunchbase

Why it's an acquisition target: It's trying to solve the death of third-party cookies with email

Lots of adtech companies are working on solutions to Google and Apple's plans to kill third-party cookies that are a mainstay of ad targeting.

LiveIntent is betting big on email — the firm sells ads in email newsletters from publishers like The New York Times and Washington Post. The firm also has an ID product that matches up customers' data with LiveIntent's data that advertisers and publishers use to buy and sell ads.

One view in the industry is that LiveIntent could be acquired by a company that's looking to build out identity products at a lower price than LiveRamp, which is one of the big identity players.

"LiveIntent is seeing significant interest from the market because of its differentiated approach to the shifting identity landscape," said a source close to the company. LiveIntent declined to comment for this story. 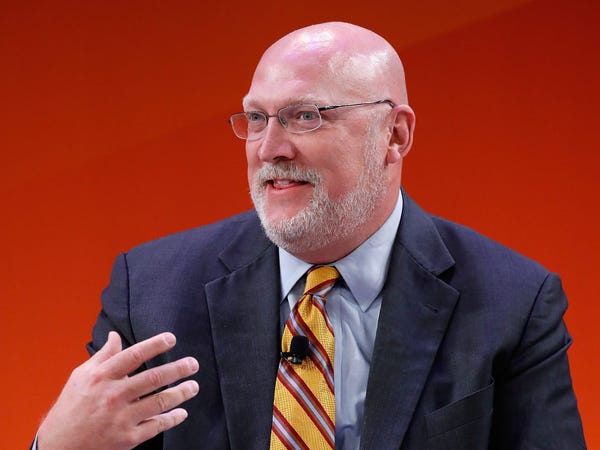 Why it's an acquisition target: It's one of the biggest identity players

With third-party cookies on the way out, LiveRamp's clout has grown. The firm sells ID technology that advertisers and publishers use to target ads without cookies, and gotten companies like The Trade Desk to back its efforts.

LiveRamp is a public company and has benefitted from this year's boom in adtech stocks.

But rumors are swirling about how long LiveRamp will stay a public company and whether a private equity group will take a look.

"It would surprise me if some company doesn't figure out a better home for them — whether it's a strategic acquisition or combined with another company," said one longtime adtech investor and advisor. "They're doing really well and they've had great progress, but it does feel like there might be a better incarnation for them." 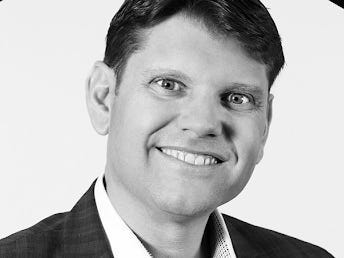 Why it's an acquisition target: It has deep inroads with ad agencies

Mediaocean sells software that big ad agencies use to buy and bill for TV advertising. Private equity group Vista Equity Partners acquired a majority of Mediaocean in 2015, valuing the company at $720 million.

Multiple sources said that Vista Equity Partners has been shopping Mediaocean around this year. Publication PE Hub reported in October 2020 that Vista was working with investment banks Morgan Stanley and Macquarie to advise on a sale, targeting a $1.4 billion valuation. The publication reported that Mediaocean's annual revenue is $135 million.

The firm's relationships with big ad agencies could be appealing to a buyer as marketers look for new ways to buy and sell TV ads. In July 2020, Mediaocean acquired marketing tech firm 4C Insights to move deeper into tools that help marketers use platforms like streaming TV. Mediaocean has also hinted that it's interested in making other acquisitions — like a programmatic advertising firm.

Mediaocean CEO Bill Wise declined to comment about acquisition rumors but said that interest in M&A has broadly grown this year.

"I think there's just an excitement around adtech and martech because of identity and how much advertising helped companies through the pandemic," he said. "There's not a ton of independent adtech companies with scale and tentacles into the entire industry." 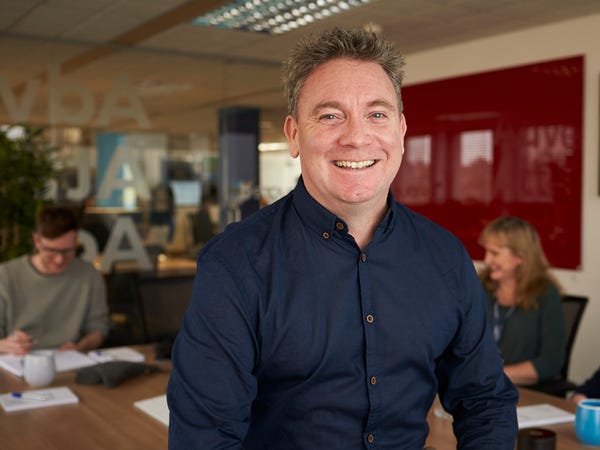 Total funding to date: $26.6 million, according to Crunchbase

Why it's an acquisition target: It's helping performance marketers measure TV

TVSquared sells software that advertisers and broadcasters use to measure TV advertising across devices. Clients use the data to track whether people take actions after seeing a TV ad, like going to a website, downloading an app, or buying a product.

The race for so-called TV tech has grown over the past year as direct-response marketers do more TV advertising and want to measure their return on spending.

TVSquared has deals with companies like MediaMath, NBCUniversal and Comcast's EffectTv.

"There has never been a better time to offer marketers, programmers and publishers with always-on measurement and outcomes, and we look forward to continuing our momentum and driving global adoption in 2021," said Calum Smeaton, CEO and founder of TVSquared. 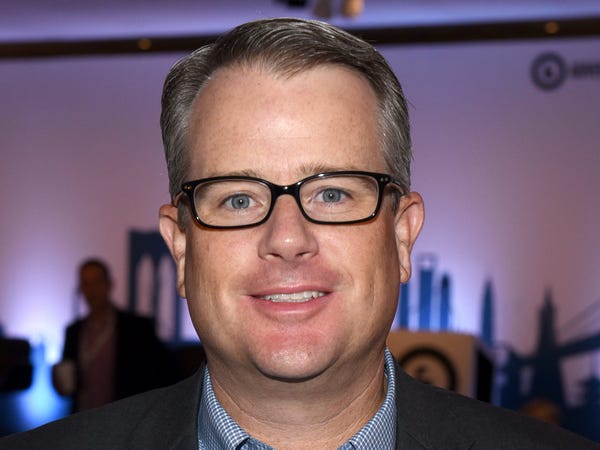 Why it's an acquisition target: AT&T is pulling back on its media ambitions

A couple years ago, AT&T had big ambitions to build an advertising business that competes with giants like Facebook and Google, acquiring WarnerMedia and adtech firm AppNexus (now called Xandr).

Rumors have swirled that AT&T is looking to spin off adtech arm Xandr that powers ad sales for DirecTV and other publishers' ad inventory as part of a plan to shed less profitable divisions compared to AT&T's cash cow of telecom services. Xandr's big bet is to shake up how TV ads are sold, but some media buyers have expressed concern that Xandr will become a walled garden that limits the amount of publishers and data that advertisers have access to.

Xandr has also had leadership turnover in 2020 with executives like Brian Lesser and Kirk McDonald leaving as Xandr combined with the WarnerMedia team. Longtime AT&T exec Mike Welch began leading Xandr in August 2020.

Several bankers and investors said that there is interest from private equity groups in acquiring DirecTV and potentially Xandr.

AT&T did not respond to a request for comment.