50 Cent has definitely got it in for Wendy Williams.

On Friday, the 44-year-old rapper reposted a selfie taken by actress-comedian Tiffany Haddish, 39, alongside the 55-year-old daytime TV host on Instagram and he dissed Wendy in the caption.

‘Tiffany wait, there’s a monster on your shoulder don’t move. What ever you do don’t look to your left. LOL Ugly motherf*****, #lecheminduroi #TheKing #bransoncognac.’ he wrote. 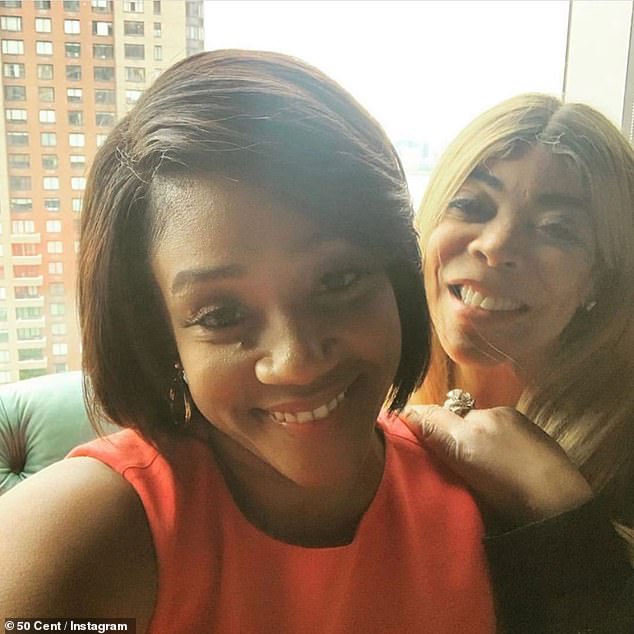 The selfie that started the rant: 50 Cent threw serious shade on Wendy Williams when he reported this snap of the talk show host with actress-comedian Tiffany Haddish on Friday

This is how he saw it: The 44-year-old rapper couldn’t resist continuing his feud with the  55-year-old daytime TV host

Then he went on to comment on the snap after some fans supported her, saying, mockingly: ‘Aww leave her alone 50 her husband left her and she a crack head. get the f*** out of here.’

Last Sunday, 50, whose real name is Curtis Jackson III, tried to block her from his Tycoon Pool Party at BarCode in Elizabeth, New Jersey. 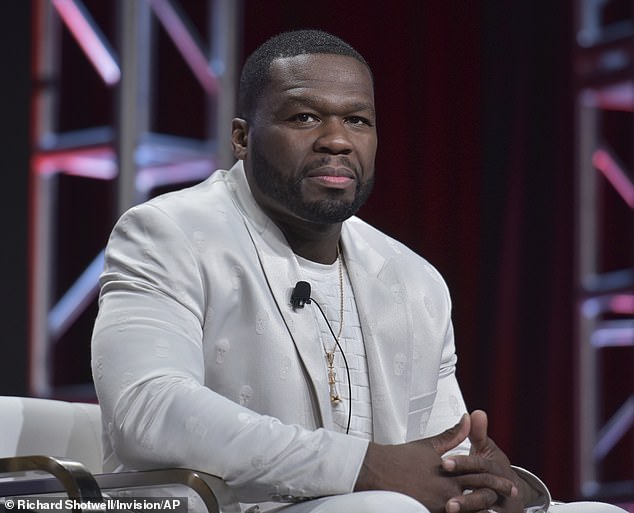 He even posted an Instagram video of her being refused entry by one of his guards, captioned: ‘You can’t just show up to my PARTY if you been talking about me. B**** wait outside.’

Wendy did eventually make it in with her son, Kevin Hunter Jr. And she posted a snap of them with Snoop Dogg, captioned: ‘Nothing like Uncle @snoopdogg on your 19th birthday!!’

Meanwhile, 50 Cent revealed why he feuds with Wendy in an interview with Hollywood Life at a July 28 event for his Stars show Power. 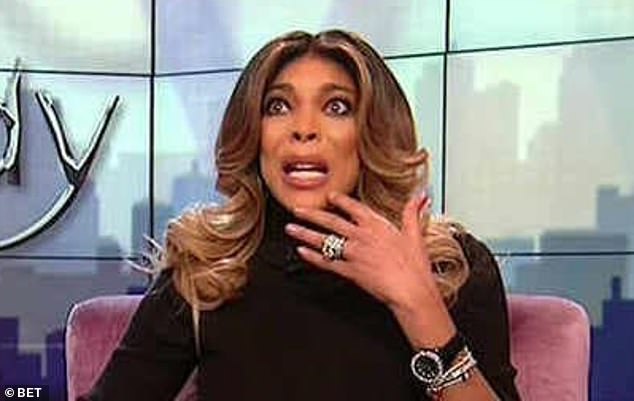 ‘I don’t like her’: 50 Cent explained why he and the host of her own show don’t get on saying she has said things about him at points in his life when he didn’t have the power to take her on

‘I don’t like her. You know why? She said things about me consistently over the years and it was at points that I was not necessarily in control of the things that she was talking about and you’ll find it’s really not…

‘When you’re sensitive to certain things that people are really not just using it for their personal content and gain.

A source told the site: ’50 Cent has felt incredibly disrespected by Wendy Williams for years, so he has zero plans of ever stopping from making fun of her on social media. He has no regrets and doesn’t feel badly at all. He feels Wendy has come at him for years and years.

‘In 50’s eyes, this feud isn’t ending anytime soon until she issues a very public apology to him,’ the insider added.

Wendy went in on the rapper back in 2017 after he celebrated no longer having to pay child support to ex Shaniqua Tompkins for their son Marquise.

He posted a countdown clock and joked about throwing a ‘child support release party’ and Wendy didn’t see the funny side.

On the Hot Topic segment of the The Wendy Williams Show she let rip and told him to ‘Get a life’. 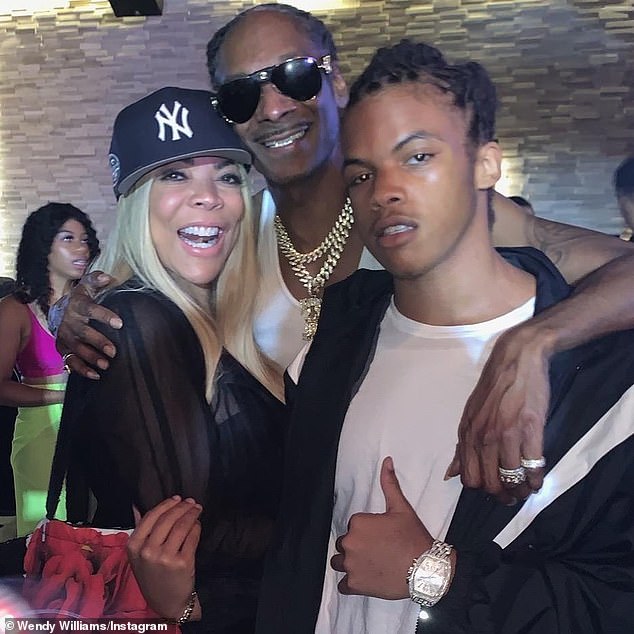 Party time: 50 Cent tried to block Wendy from his Tycoon Pool Party at BarCode in Elizabeth, New Jersey, last Sunday. But she got in and hung out with Snoop Dogg to celebrate her son Kevin’s 19th birthday sharing this snap on Instagram