Summertime is almost here, and Sophie Turner has a new hairstyle to go with it. She dyed her hair back to red and showed it off on Instagram.

Sophie Turner is a red head once again! After nearly two full years of sporting blonde locks, the actress dyed her hair back to her Game of Thrones color. She showed off the look in an Instagram selfie on June 6, where she proudly rocked a crop top from Olivia Rodrigo’s merchandise collection for her album Sour.

Although Sophie’s face was covered in the photo, her hair was visible above her iPhone camera. The look is definitely reminiscent of what fans were used to seeing on Sophie when she was on Game of Thrones and in the movie Dark Phoenix in 2019. Since then, though, she’s been back to blonde, so this is definitely a big change!

Sophie also attended the Atlanta Braves and Los Angeles Dodgers baseball game with her husband, Joe Jonas, in Atlanta on June 6. As she sat in the stands, her bright red hair was on display, as well, with the locks pulled back into a bun. Her bangs framed her face an she wore sunglasses to try and go incognito as she cheered from the her seat. 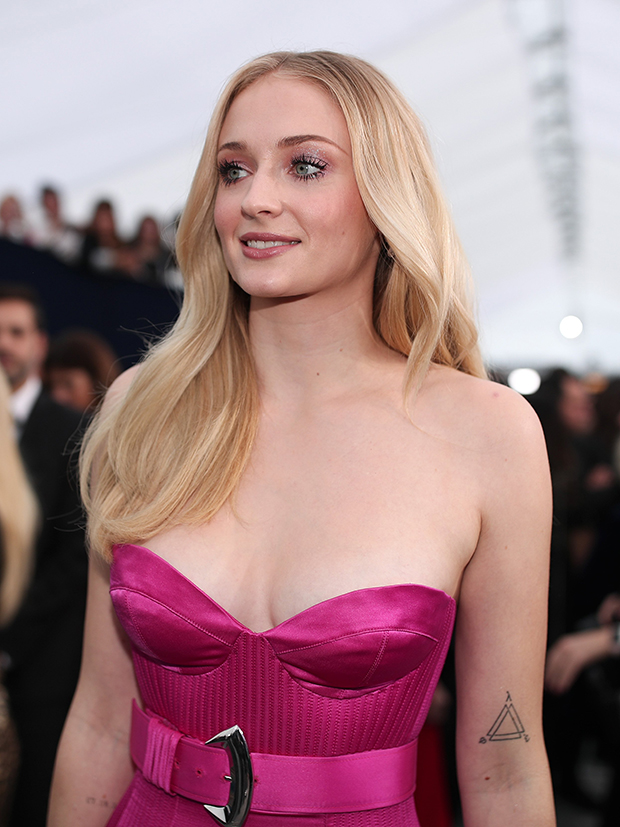 Sophie gave birth to her and Joe’s daughter, Willa, in July 2020, and took a good amount of time away from the spotlight to privately raise the newborn. However, she’s recently been out and about much more often, and is even ready to get back to work. On June 1, it was confirmed that she was cast in the new HBO Max series The Staircase, alongside Toni Collette, Colin Firth and more.

The show will feature eight episodes and is about Michael Peterson, who was accused of murdering his wife in 2001. Sophie’s role in the series is as one of Peterson’s adopted daughters. Colin will be playing the role of Peterson, whole Toni is portraying his wife, Kathleen, in the limited series.