I had just turned 20 when someone who loved me deeply told me I had a big nose. It was said with affection, but it still hit hard, even though nose jobs were common (and nothing to be ashamed about) in our Lebanese community.

I spent every day of the next few years analysing my nose from every angle every time I passed a mirror. But when I first saw plastic surgeons about my nose five years later, I couldn’t commit to the surgery: their suggested digital imaging modifications showed a flawless, petite-ish nose that felt at odds with my face. I wanted to correct a deviated septum and improve my breathing, but I didn’t want it to lose too much of its length and downward point in case I stopped looking ethnic, a motivation the doctors couldn’t understand. 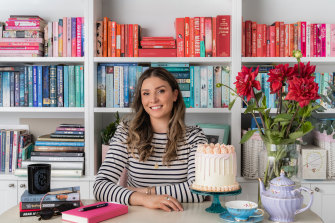 Years after, still insecure, I caved in. Today, my nose is smaller, slightly straighter and easier to breathe through, but ironically, still somewhat lopsided. My big dorsal hump, I now realise, balanced out the rest of my non-symmetrical face, but it was also the physical similarity I shared most with my father, which I feel guilty about every time I see his face.

Turns out, I spent 15 years wanting a procedure I’m not sure was worth it. And I am not the only one. 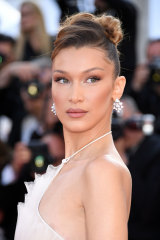 Earlier this week, in an interview with Vogue, Palestinian-American supermodel Bella Hadid finally admitted to the rhinoplasty the internet long-suspected she’d had done. But the revelation that people’s collective suspicions were correct was more tragic than triumphant – Hadid had had the procedure at just 14 years old, telling the magazine, “I wish I had kept the nose of my ancestors. I think I would have grown into it.”

Concerns about who exactly is performing life-altering surgery on a 14-year-old aside, Hadid’s admission is a testament to the pervasiveness of Eurocentric beauty ideals.

Monash University’s Dr Michelle Smith, author of Consuming Beauty, says that women who don’t naturally embody European beauty ideals have been under immense pressure to conform for longer than we realise.

“When modern cosmetic surgery first began in the US in the late nineteenth century, nose jobs were most commonly sought out so that people with ‘ethnic’ features might pass as white, often to aid in finding employment,” she explains. “European standards of beauty not only inform who our culture deems attractive, but who is seen to be ‘like us’.”

People who have been paying attention to the world around them – to everything from the murder of Ahmaud Arbery to the fraudulent ruse of Elizabeth Holmes – are well aware of the cost of, and benefits to, people who don’t or do look “like us”.

Dr Yumiko Kadota, facial aesthetics specialist and author of Emotional Female, says we should be approaching discussions of Hadid’s revelations with care, given “women already feel so much criticism for changing their appearance”. However, she does stress that there’s a huge difference between reconstructing a defect or rectifying asymmetry and seeking a cosmetic ideal as a result of self-esteem issues where we tie what we look like to our intrinsic value.

Growing up Japanese meant that she can relate to the sentiments of young women – famous or otherwise – who find fault with their “diverse” appearance.

“It’s already hard enough [being] treated as a foreigner,” she says. “We know from social studies that people who are white and who are beautiful tend to succeed more, but it’s also about the racist stereotypes – like slanty eyes making you seem unfriendly – or the unconscious biases that affect us every day. Seeking a ‘white-passing’ face is about gaining privilege through a proximity to whiteness.”

Changing the conversation on a societal level, she points out, can only do so much, given the academy’s lack of diversity.

“We all have to appreciate that a lot of surgical textbooks and journal articles are written by white men, so that’s who we’re learning from,” she says. “Even a woman or a person of colour, would have learnt from white men, because you learn ideal proportions based on a white face. And even when I read journal articles about Asian rhinoplasty, often it’s about how you fix an Asian nose to make it look [‘whiter’].”

I too think I would have grown into the nose of my ancestors. But my realisation came well into my thirties. By this age, most ethnic girls are tired of waiting for life to look different. Often othered from birth due to the patriarchal nature of some communities, and then again more powerfully in a society that sees white and European as default, it is no wonder that they take whatever means necessary to “better fit in”, whether that’s changing names on resumes, using whitening creams, or having (often) irreversible surgery.

Hadid should be applauded for her honesty about the cost of surgery on her sense of identity. It demonstrates that far from being a superficial, merely “cosmetic” aspect of our lives, beauty standards are reflective of how far white supremacy has permeated our lives.

Sarah Ayoub is a journalist, author and an academic with a PhD in the representations of migrant girls in Australian teen literature.