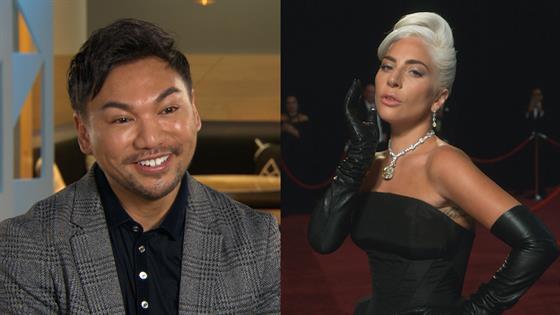 Hands down, Lady Gaga was the star of the 2019 Oscars.

From her Oscars win to her massive Tiffany diamond to her overall beauty and fashion, she was truly a vision. The 32-year-old singer was having her Cinderella moment, and soaking it all up at Hollywood’s biggest night.

Along with her dramatic, yet classic Alexander McQueen ball gown and long leather gloves, the “Shallow” singer’s beauty look was oozing with glamour. It was very Gaga to say the least!

“The inspiration behind the Oscars look was a classic, modern updo that was inspired by Audrey Hepburn,” celebrity hairstylist Frederic Aspiras told E! News.

Many fans went wild over the 32-year-old star’s Breakfast at Tiffany‘s ‘do. Movie buffs know the iconic opening scene where Hepburn eats a danish and stands in front of the jewelry store wearing an elegant black gown with a French twist updo.

While Lady Gaga didn’t have a pastry on hand, she did emulate the Golden Age of Hollywood actress.

Aspiras revealed the “Shallow” singer’s beauty inspiration isn’t always planned far in advance. “Her vision normally comes from within what she feels in that moment,” he said. 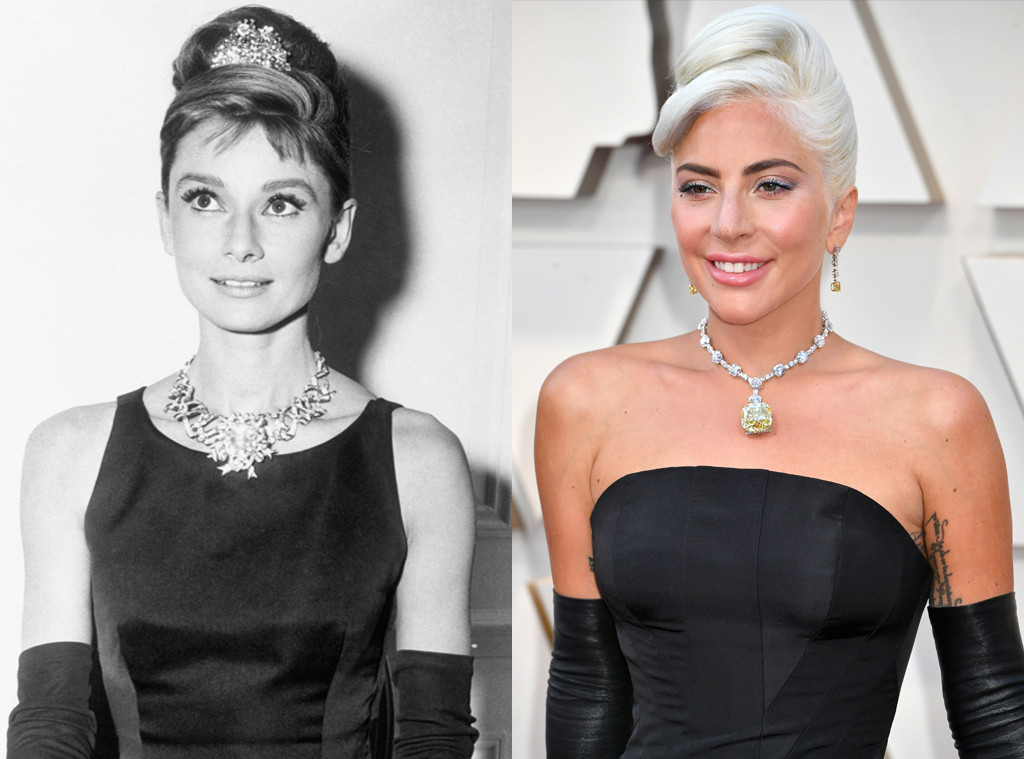 Gaga’s hair wasn’t the only tribute she paid to Hepburn. The yellow Tiffany diamond the A Star Is Born actress donned at the awards ceremony was last worn by the Funny Face beauty.

Hepburn “last wore the Tiffany diamond in a necklace for the Breakfast at Tiffany‘s publicity photo shoot,” a press release sent to E! News stated. 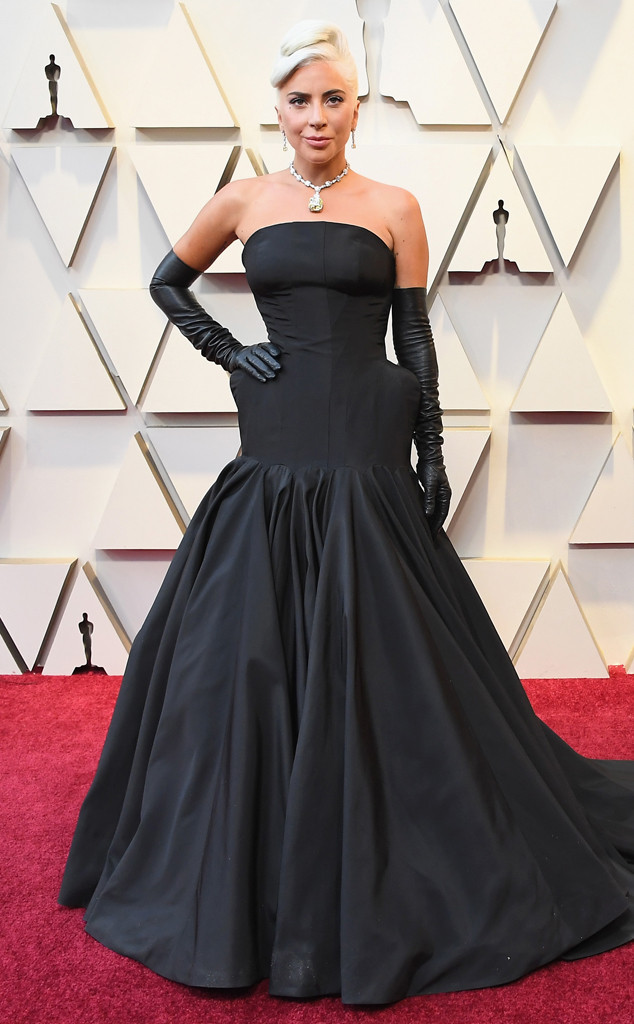 Luckily for fans of both Lady Gaga and the Breakfast at Tiffany‘s actress, Aspiras revealed his tips and tricks on how to achieve the classic updo.

“What it takes to create an updo, is that I have to create it as a sculpture,” the wig maker and Haus of Gaga stylist shared. “I start with making sure the hair is smooth and shiny.” He continued, “She has to wear that all day long, so lots of hair pins.”

On his Instagram, he posted a step-by-step that shockingly required only a handful of products.

He prepped Gaga’s hair with shampoo and a hair masque. After towel drying it, he sectioned it “into small sections” and used the GHD Air Blow Dryer and a bristle brush to blow dry the hair away from the face.

In order to give her the famous French twists, Aspiras curled her tresses from “mid-shaft to ends, creating a loose soft curl.” Explaining further, he wrote, “Gather hair up into two ponytails (one large and one small). Larger ponytail at the crown and the small one in the back of head. Back comb and shape into wavy bun.”

To give it maximum hold, he sprayed the updo with “Joico’s JoiShape Shaping Spray and Joico’s Power Spray Finishing Spray.”

For the celeb stylist, he loves working with the 32-year-old singer. “She understands art, what it takes to create a beautiful image and that’s really a beautiful collaboration,” he said.

Along with Lady Gaga’s hair and cushion-cut diamond, her Oscars win and performance stole the show.

Aside from the fact that she took home the award for Best Original Song for “Shallow,” she and Bradley Cooper gave an Oscar-worthy performance at the ceremony. Their off-the-charts chemistry sparked a frenzy online, and audience members gave the singing duo an standing ovation.

A star was most certainly born on Sunday night.