A woman in California was in serious condition after her vehicle plunged off a cliff onto a beach on Christmas morning. 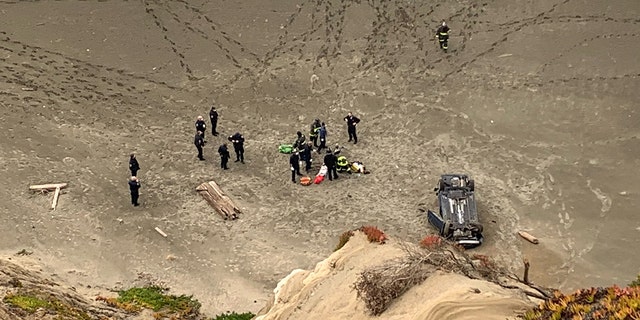 Officials said the woman was "miraculously in stable condition" when they arrived and was transported to a nearby trauma center, The Mercury News reported. 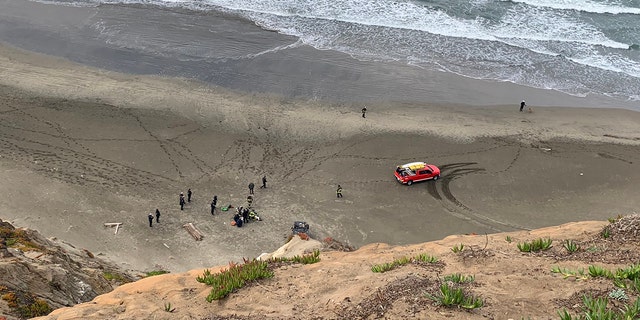 Videos and photos from the scene showed the car upside-down on the beach.

The tide was out, allowing first responders to reach the woman and place her on a stretcher. It was not immediately clear what caused the woman's car to veer off the road.

The cliffs at Fort Funston, a former harbor defense installation in San Francisco, are a popular spot for hikers and hang-gliders, the Mercury News reported.