Theresa May has been urged to delay the ‘meaningful vote’ on her Brexit deal for a second time.

Former Brexit secretary David Davis has speculated the vote could be put off if Mrs May looks likely to lose it.

He also thinks a deal will be reached with the EU ‘in the eleventh hour’ because the EU is worried about losing the £39 billion ‘divorce payment’ that would come with a no deal Brexit. 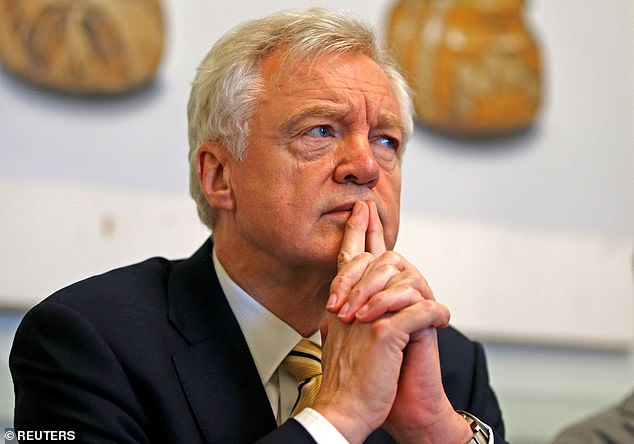 His comments come as the Prime Minister prepares to meet EU leaders this week to seek further ‘clarifications’ in a bid to persuade sceptical MPs to back her deal.

Mrs May has been engaged in another frantic round of diplomacy over the Christmas period as she tries to wring more concessions out of Brussels that could help her get the deal through Parliament.

Mrs May has already rang German Chancellor Angela Merkel for the second time in nine days and has also spoken to Spain PM Pedro Sanchez, as reported by The Sun.

But the EU has previously dismissed the idea of reopening the Withdrawal Agreement painstakingly put together over two years of negotiations. 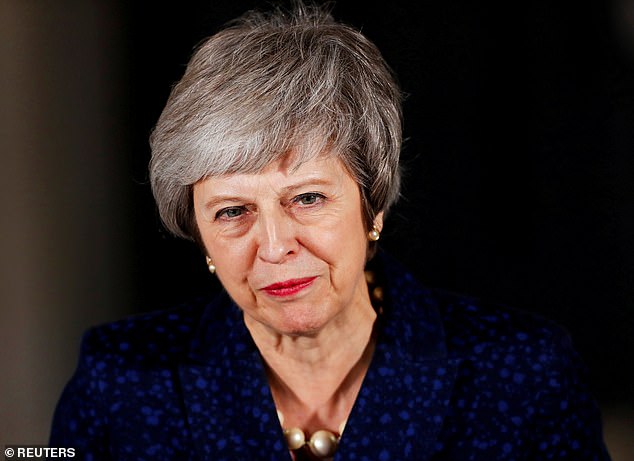 Theresa May will continue speaking to EU leaders this week including German chancellor Angela Merkel, Dutch prime minister Mark Rutte and European Council president Donald Tusk in an attempt to break the deadlock

The bloc also insists there cannot be a time limit on the controversial Irish backstop – although both sides say it should be temporary and fall away once a wider trade pact is sealed.

Mrs May will continue speaking to EU leaders including German chancellor Angela Merkel, Dutch prime minister Mark Rutte and European Council president Donald Tusk in an attempt to break the deadlock, the Financial Times has reported.

The vote, which was delayed at the last minute in December, is currently scheduled for the week beginning January 14.

But MPs will return to Westminster on Monday January 7 and a debate on her deal is expected to start mid-way through the week, most likely on Wednesday.

Mr Davis, in a column for the Daily Telegraph, said: ‘The Withdrawal Agreement does not respect the referendum result. 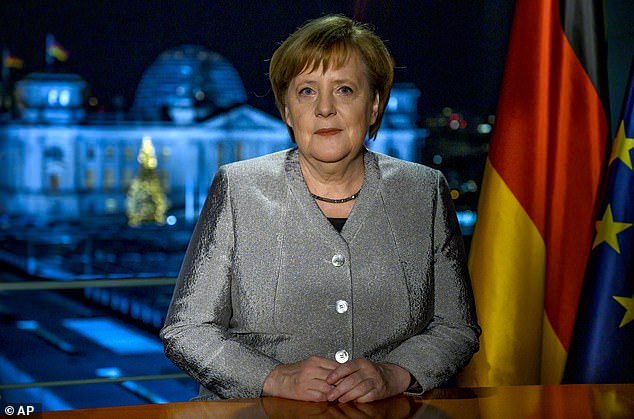 ‘That is why the meaningful vote had to be delayed and one wonders if even the January vote will go ahead.

‘Attempts to frighten MPs into supporting it are unlikely to work, because voting down this substandard deal will not result in no Brexit.’

Urging Mrs May to take her time to get a better deal, he adds: ‘We know that the EU is worried about the loss of the £39 billion ‘divorce’ payment if there is no deal… so this is the moment to be hard-nosed about these issues.

‘The more we prepare to leave the EU without a deal, the more likely a good deal becomes.

‘Tory MPs must remain committed to delivering the referendum result, as repeated in our manifesto, which pledged to leave the Customs Union and the Single Market and which said that no deal is better than a bad deal.

‘To do otherwise would frankly throw our democracy’s credibility into chaos.’ 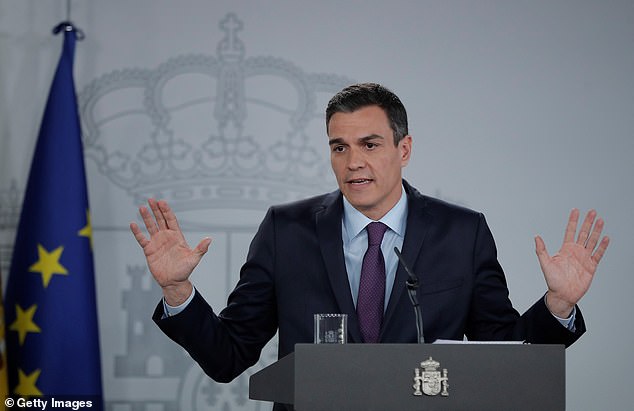 Meanwhile the current Brexit Secretary Steve Barclay is reported to be convening a meeting on Thursday of ministers to discuss the latest preparations for a no-deal Brexit.

Foreign Secretary Jeremy Hunt, speaking in Singapore, said cancelling Brexit through a second EU referendum would have ‘devastating’ social consequences, while a no-deal exit would cause economic disruption.

He predicted the Government would ‘find a way’ of getting the 585-page withdrawal agreement approved by Parliament.