Emma Davies, 41, was left with rotting flesh covering her arms and legs after she claims she accidentally injected herself with what has been dubbed the world's deadliest drug. 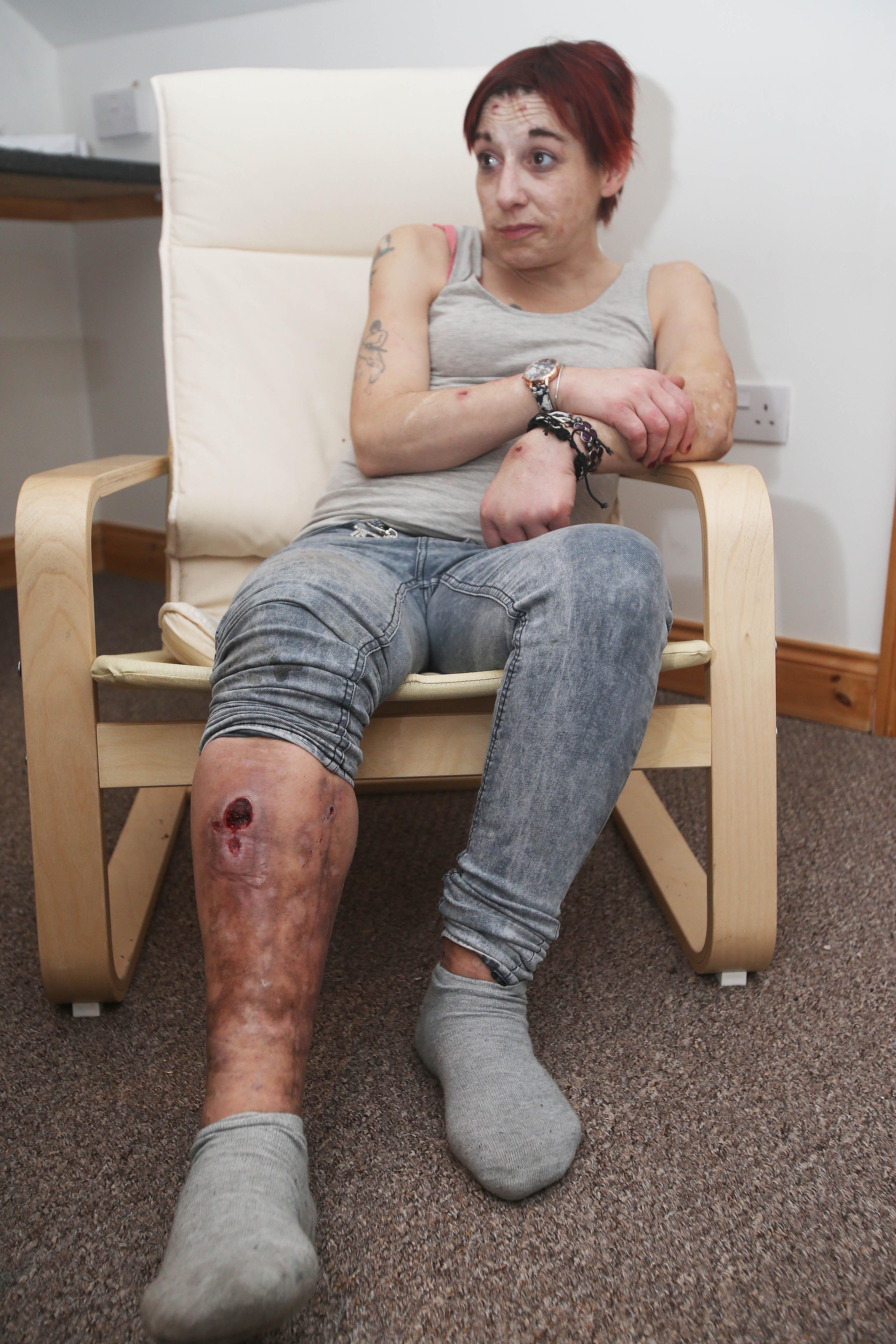 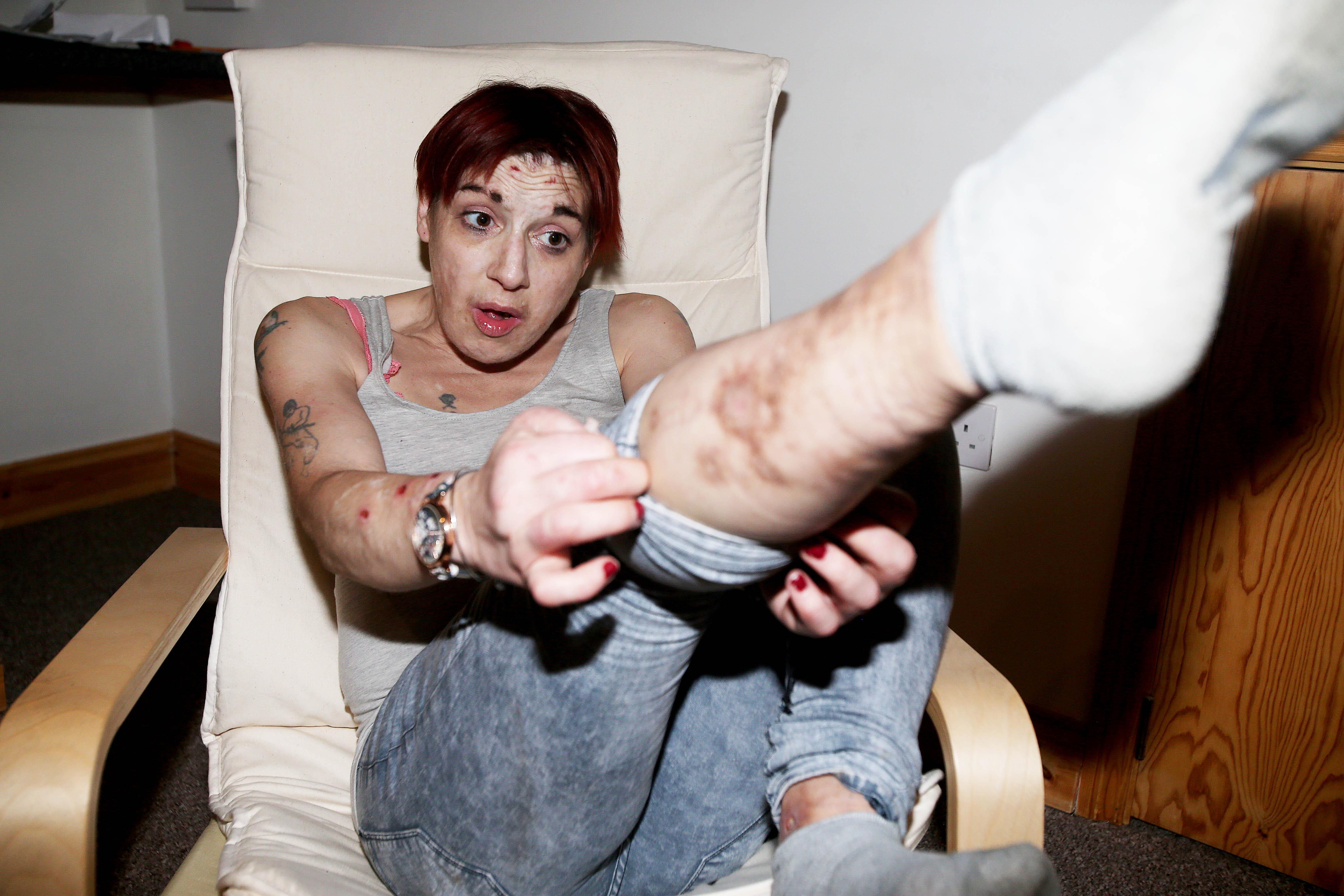 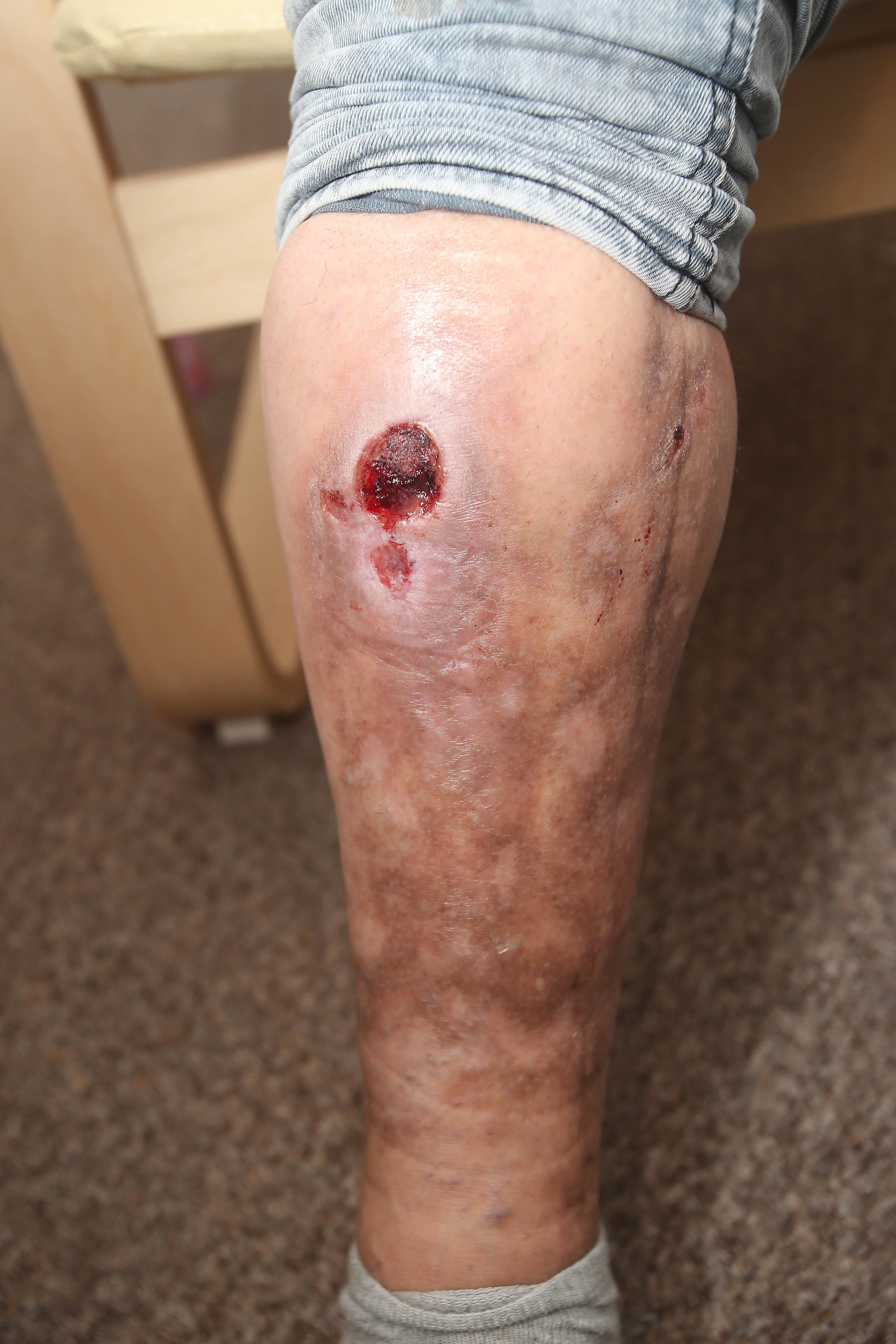 The mum-of-three today spoke out to the Sun Online in a desperate attempt to stop others from taking the drug – a substance ten times stronger than heroin and cut with GASOLINE.

Krokodil, which goes under the chemical name desomorphine, has already killed hundreds in Russia and Ukraine but there have been few cases reported in the UK.

Emma's case first came to light when it was revealed she couldn't attend court on shop lifting charges last August because of the effects of Krokodil.

She revealed to The Sun Online Gloucestershire Royal Hospital doctors were left baffled at first as they tried to treat her, with the sickening symptoms including mottled, rotting flesh, rarely seen in the area.

The mother, who has battled with drug addiction for a decade, said: “In the end I had to tell them that I might have come into contact with Krokodil.

"The drug is so new here they didn’t know what it was or how to treat it.

"I had one arm in a sling above my head to help drain it and one leg out of bed because it felt like it was on fire.”

Emma has now warned others to stay clear of the drug as she described how it gripped her body, causing horrific, bleeding ulcers on her arms and legs.

Ulcers also broke out along her hairline, with one sore on her shin turning into an abscess.

Emma said: “Krokodil is killing people in Russia where it got its name.

I was covered in burn marks, I hadn’t burned myself, they were coming from inside me

The main ingredient of “cannibal drug” Krokodil is codeine but it is cut with gasoline, paint stripper and other toxic substances.

Emma said: “If you ask me it’s the gasoline that eats into your flesh.

“I was covered in burn marks, I hadn’t burned myself, they were coming from inside me.”

Emma was given 900mg of a painkiller which has a recommended maximum dosage of 600mg.

She is now waiting to be treated with the drug Pregabalin which is used in neurosurgery to treat damaged nerves.

She has been an addict for more than 10 years but claims she is hooked on drugs that come from natural sources.

She said: "The only way it can be taken is by injecting. If someone offers you a drug that can only be taken that way stay well away. 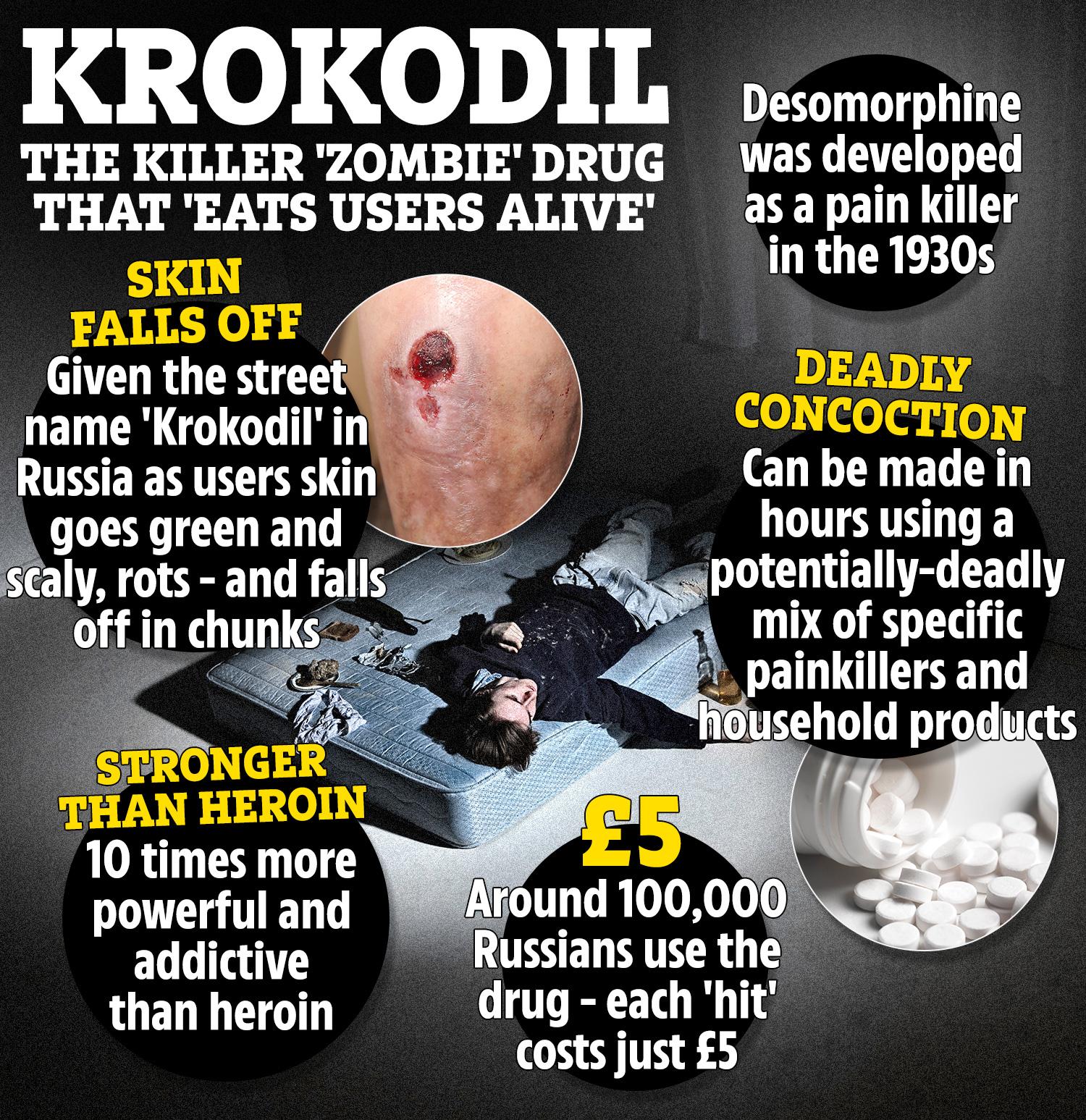 Emma, from Gloucester, is making a slow recovery and was well enough to appear in court this week where she was was given a 12-month community order after admitting theft.

The mum revealed she was in her teens when she went off the rails after a rift in the family meant she wasn’t informed that her dad had died.

She turned to sex work as a teenager and contracted HIV from a Polish punter who she believes knew he had the Aids virus.

Emma takes two antiviral drugs every day to keep her HIV at bay while battling a catalogue of other health problems including deep vein thrombosis.

Her biggest regret in life was putting her three children into care because her life was “so chaotic”.

Emma, who relies on benefits to get by, said: “I still love them and I’m proud of them. I know they don’t think that way of me but I’m trying to beat my problems.

“I don’t like being called a junky, I used to be a junky but now I’m a drug user. I’ve still got all my teeth bar one and most heroin have a mouth like Stone Henge.

“I’ve not been to jail for three years and I’m doing alright. I’ve just bought a laptop and a Samsung mobile phone.

“I bought a TV and DVD player but someone broke into my flat and nicked them.”

A pal who lives in the same block of flats said: “Krokodil almost killed her and she’s still not through it.

“The ulcers and accesses on her skin were much bigger last year but they are shrinking so she must be getting better.

“I was on heroin but I’m clean now. I wouldn’t touch Krokodil, it will kill you.”

A Home Office spokesperson said: "Drugs can devastate lives, ruin families and damage communities. This Government’s approach to them remains clear – we must prevent drug use in our communities and support people through treatment and recovery.” 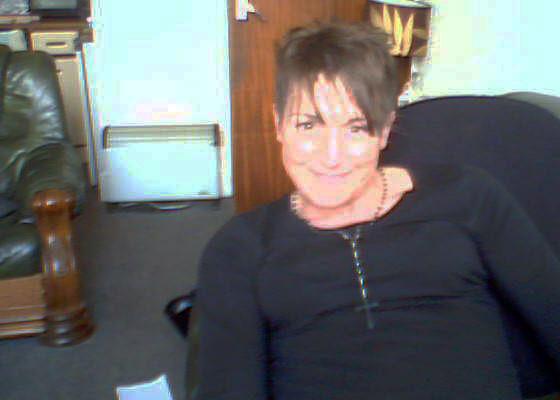 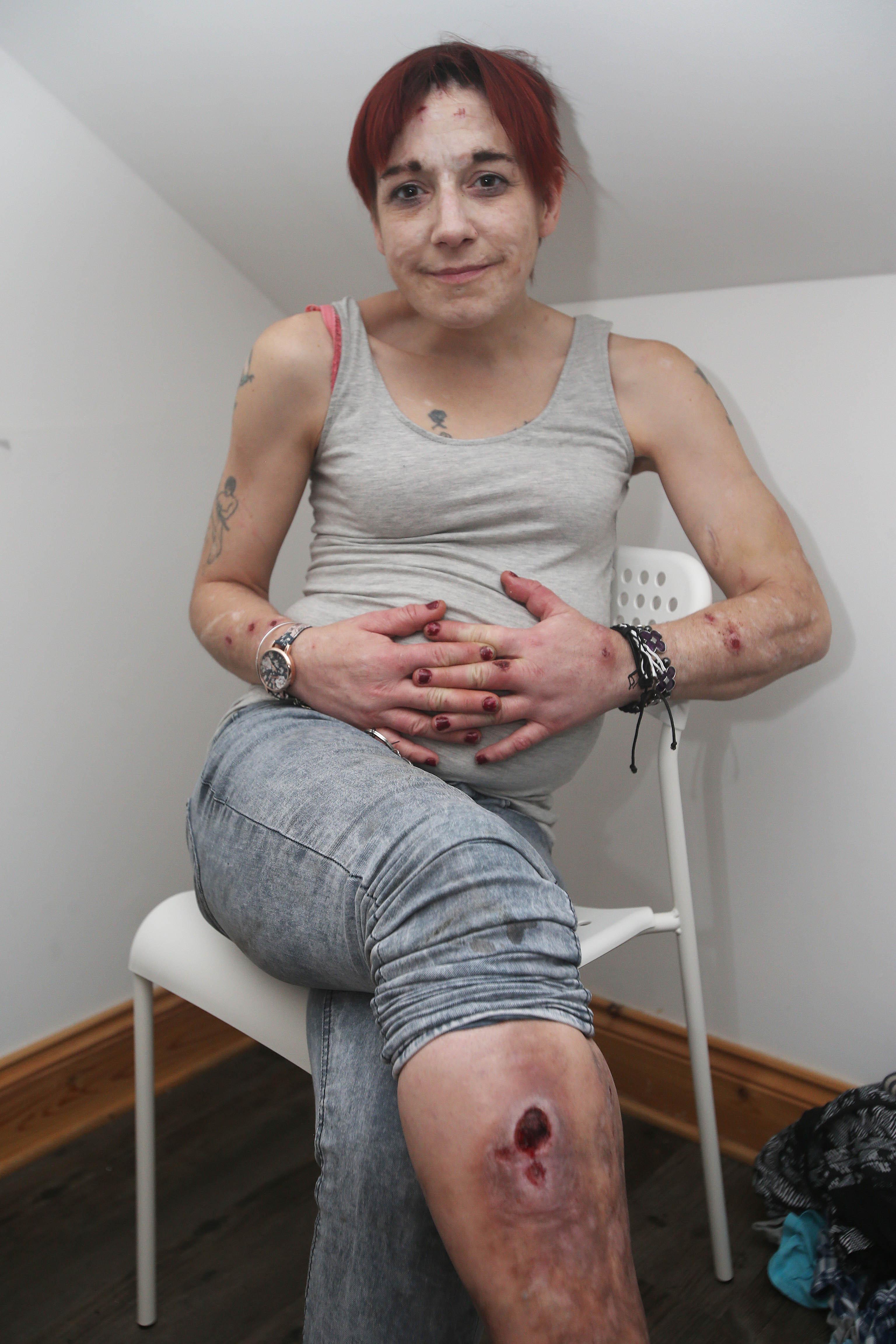 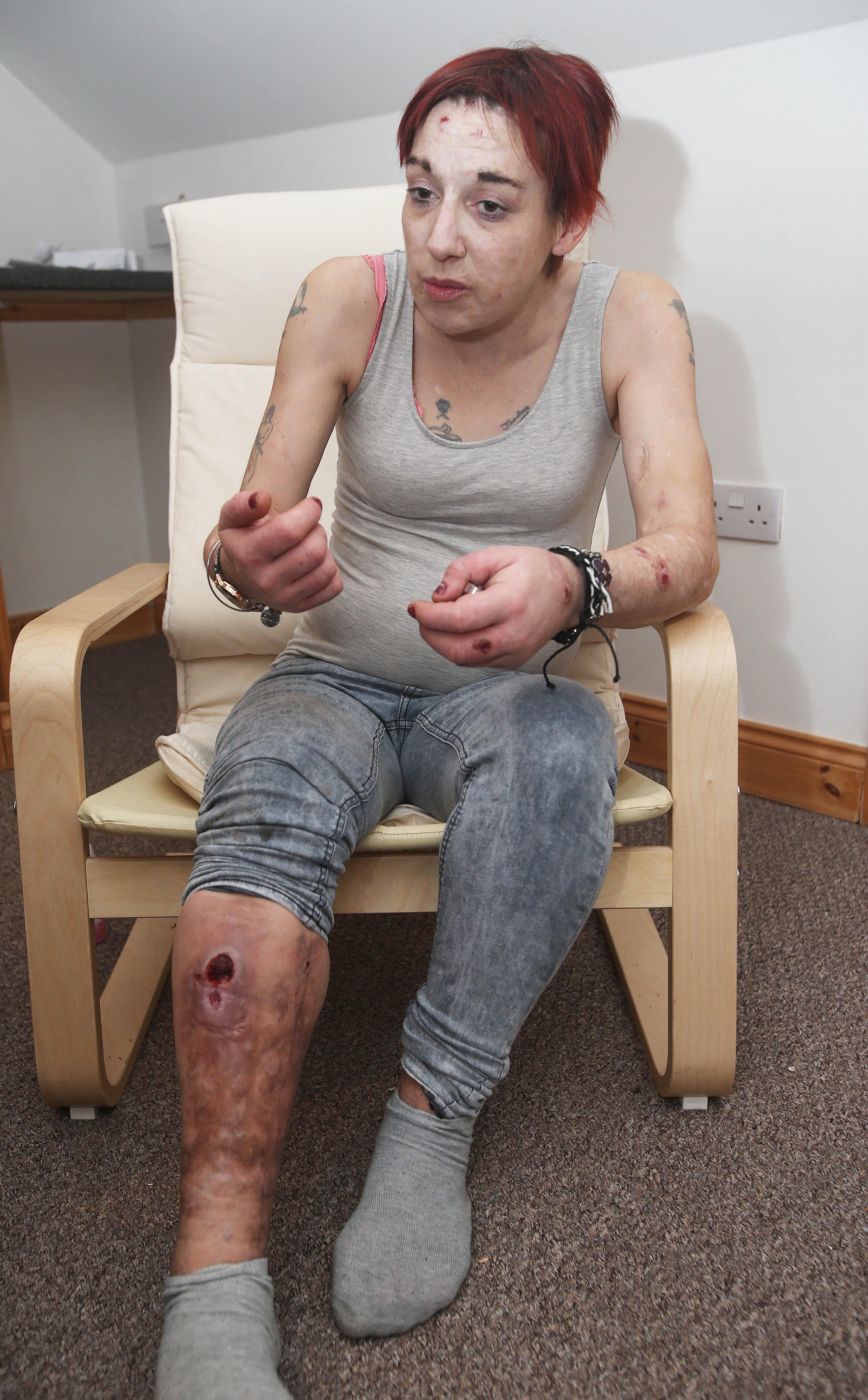 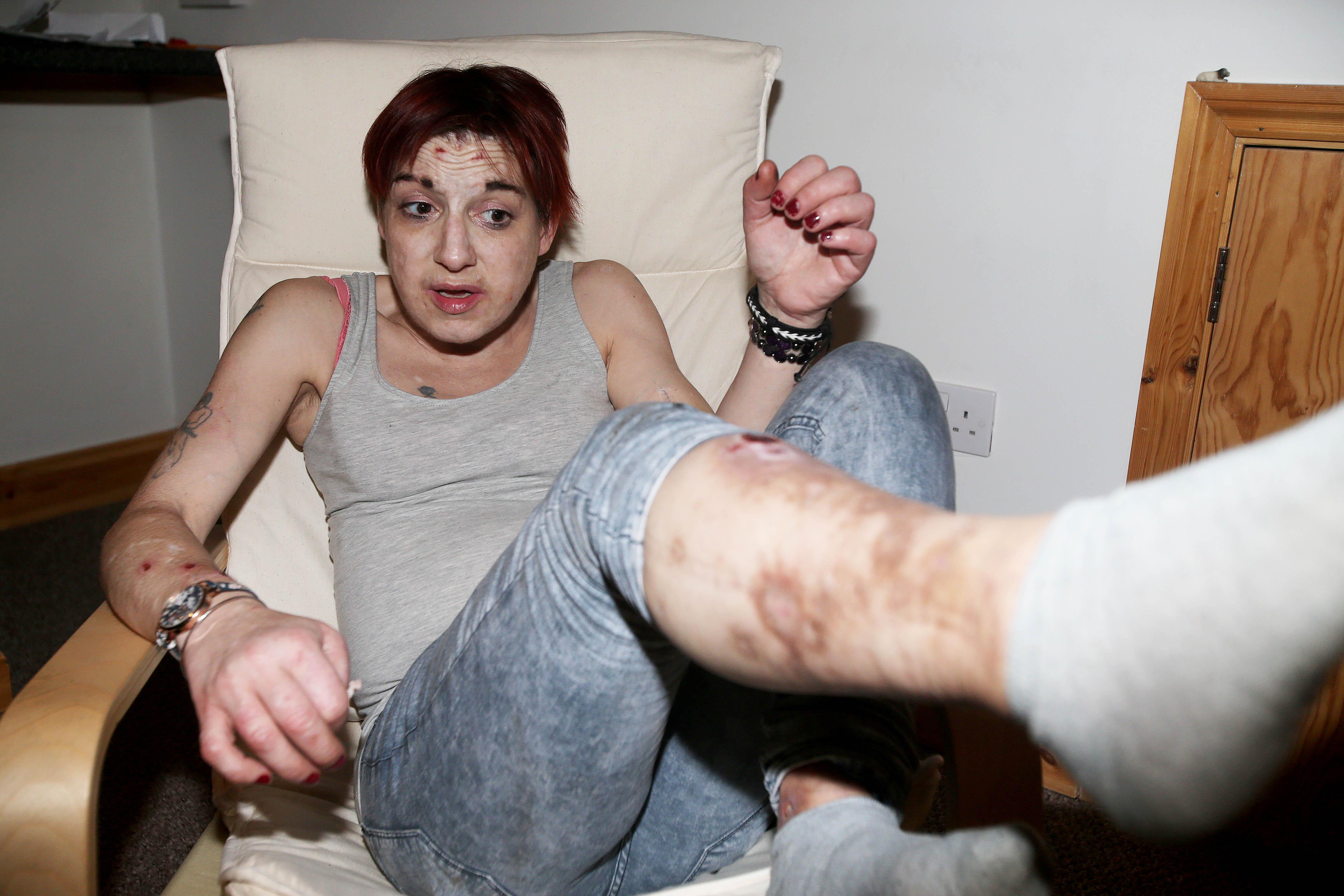 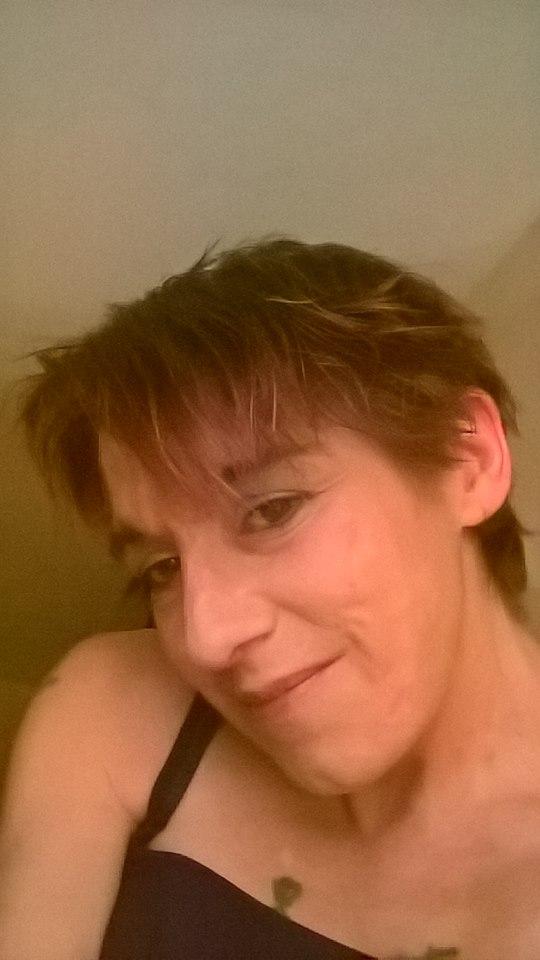 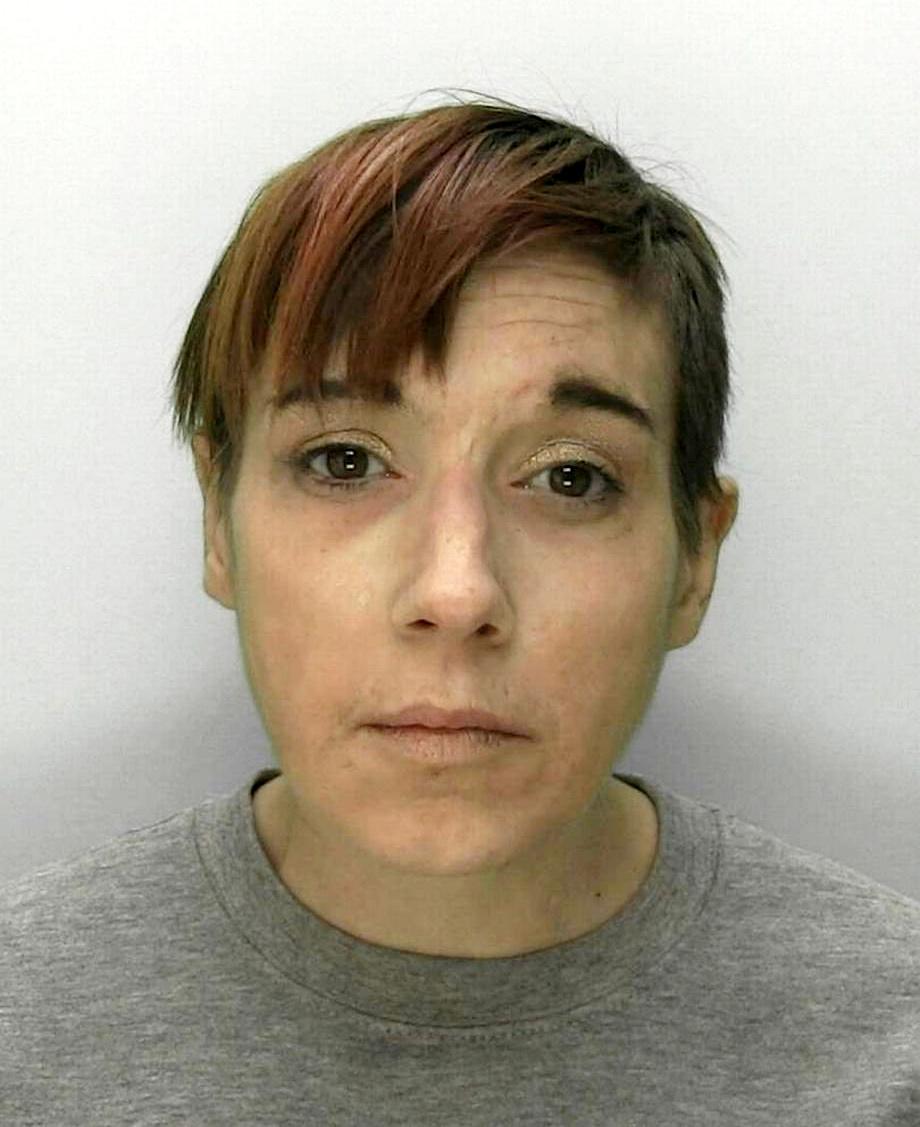 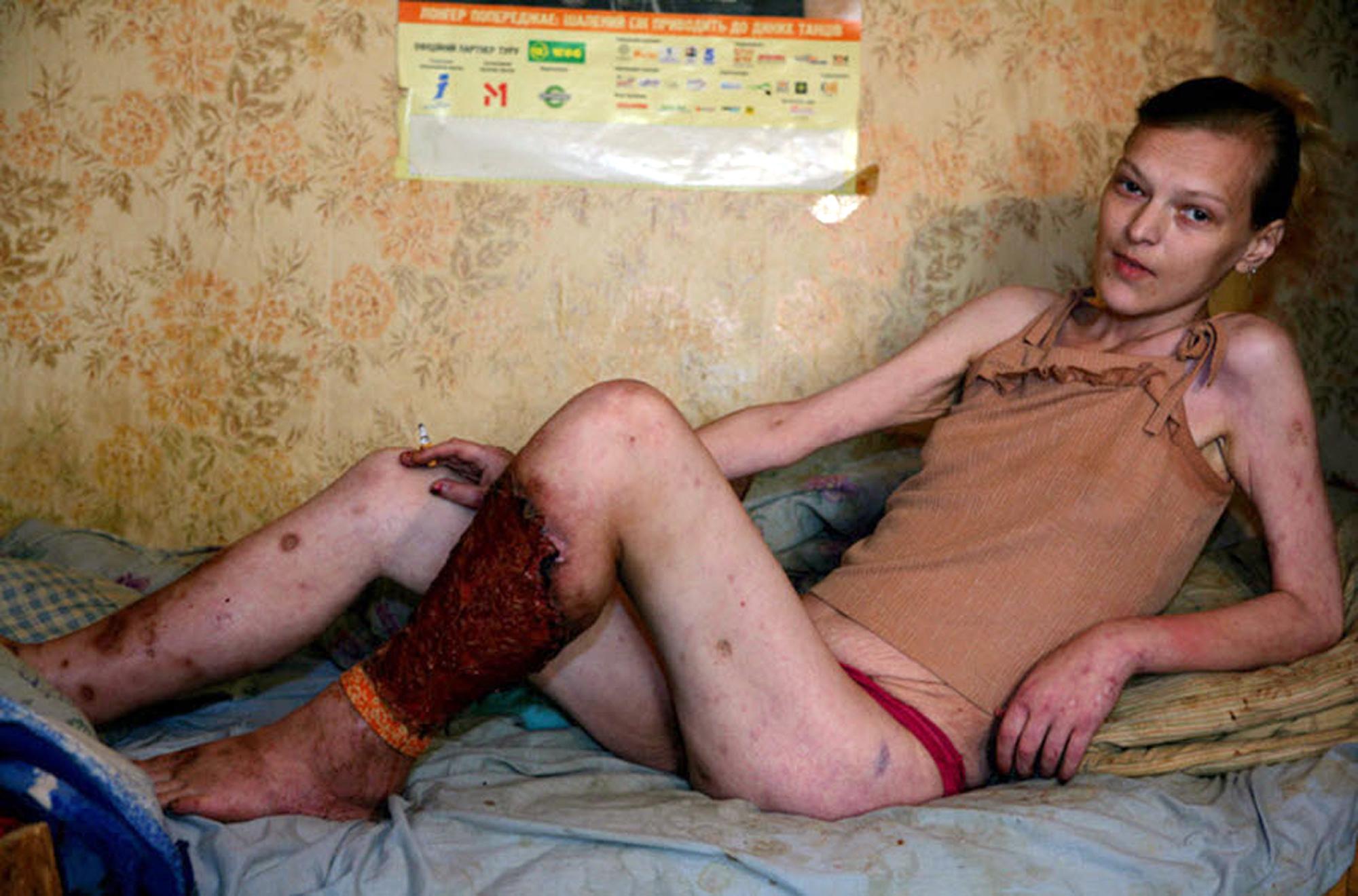 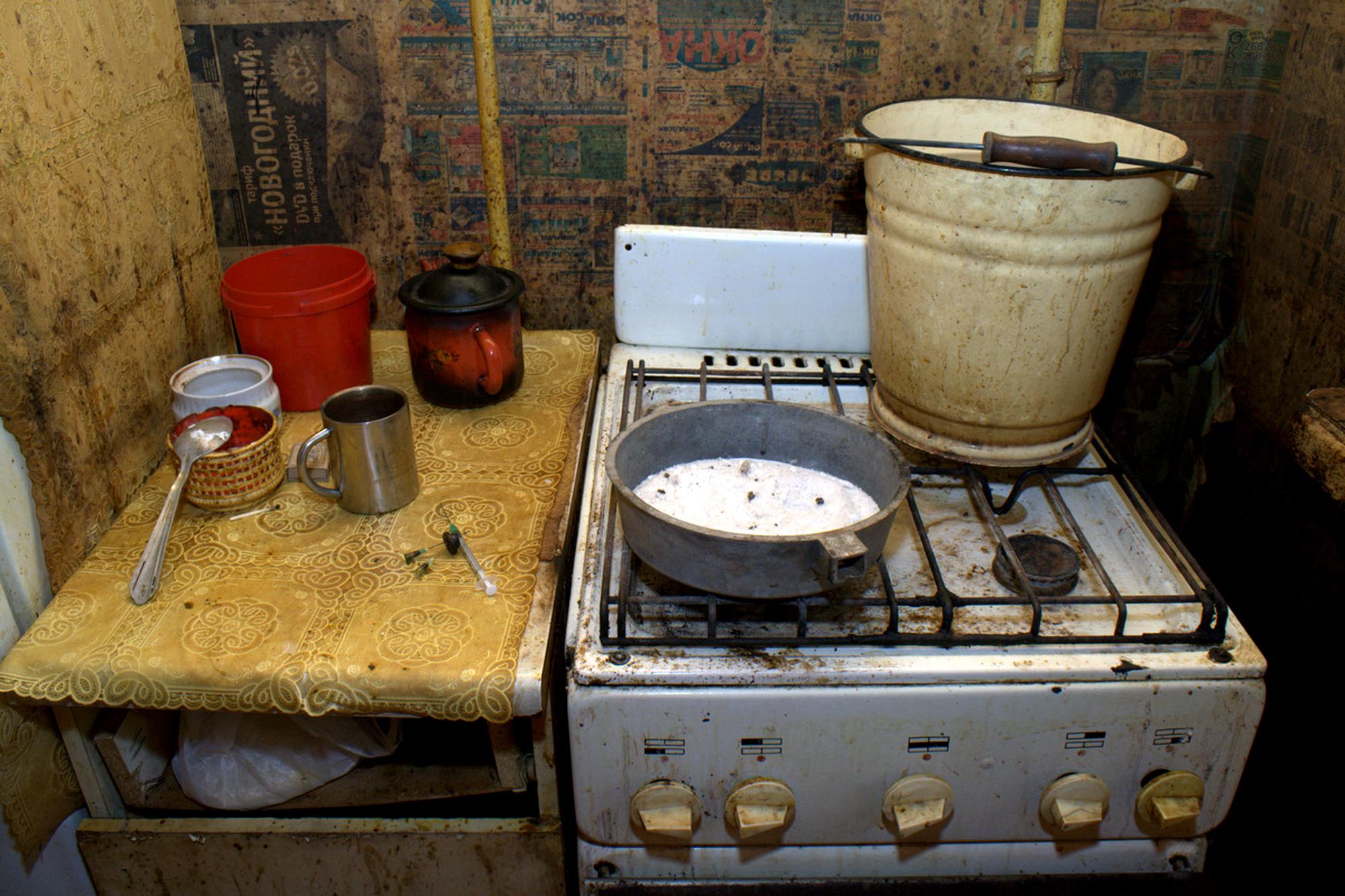 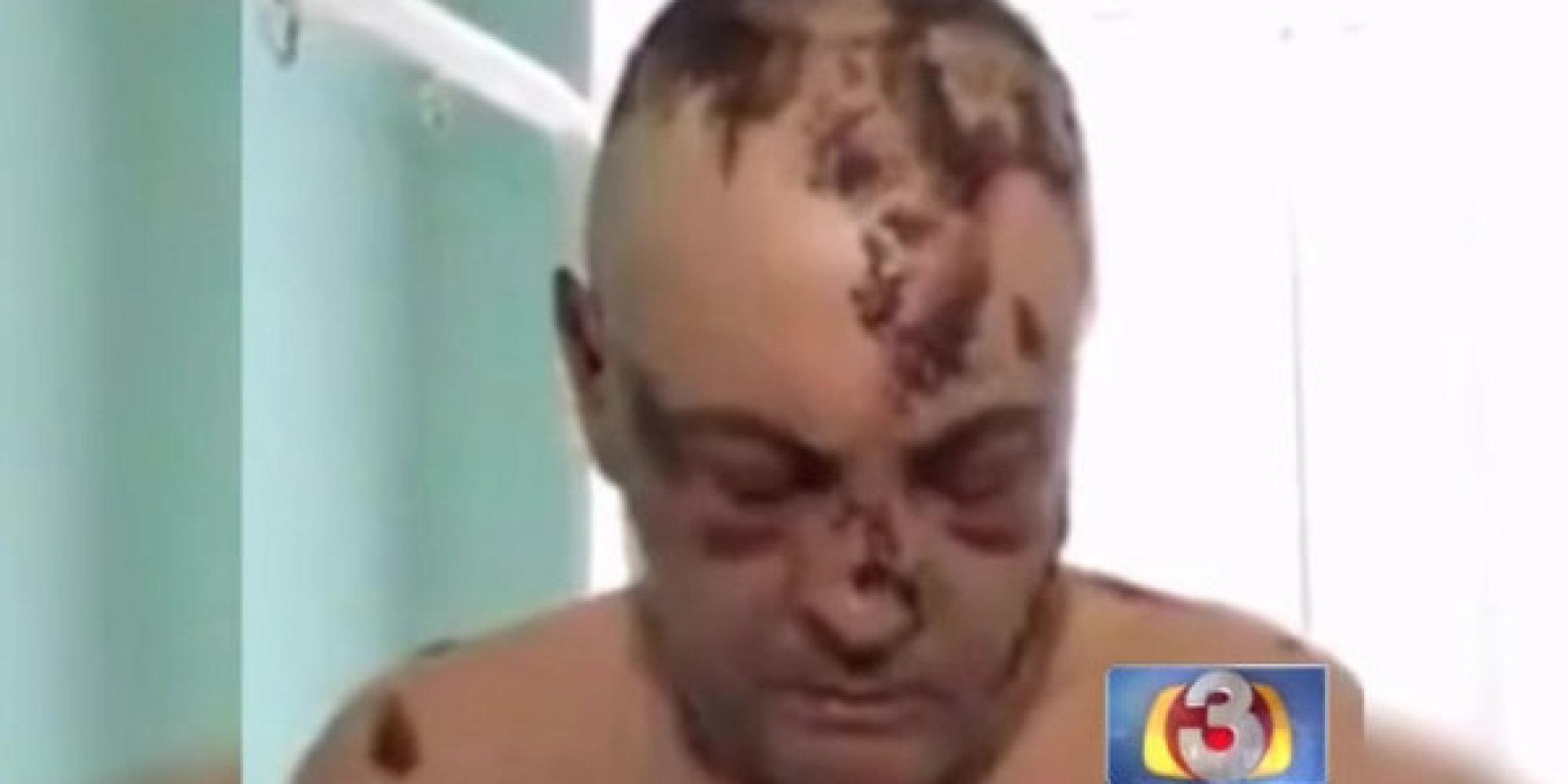