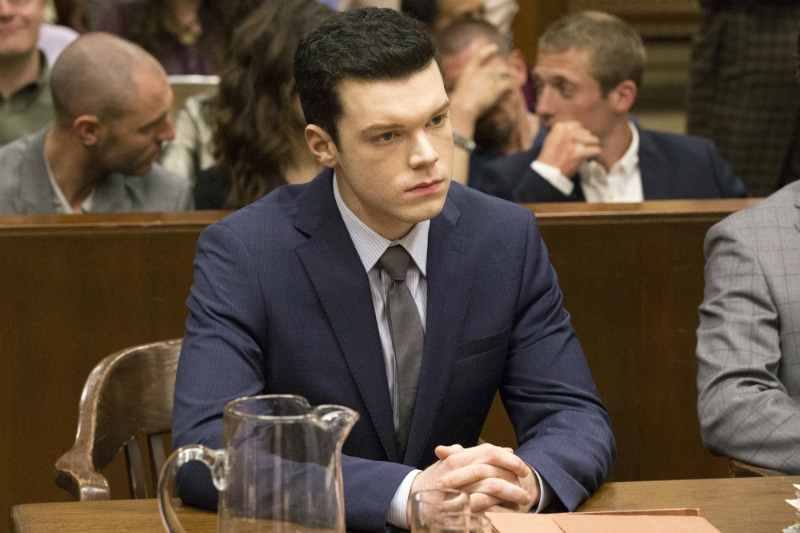 First, it was Fiona, and now we’re learning that Ian Gallagher will be checking out of Shameless too. Cameron Monaghan announced his exit from the Showtime hit via Instagram in a thoughtful post.

That’s not all Monaghan revealed either. He also shared with fans that his last episode of Shameless will actually be the next one, not giving Ian Gallagher fans much time to prepare for the exit of the fan favorite.

I have been a series regular on this show for roughly ten years. I was the tender age of fifteen when we shot the pilot, and I came of age in so many ways, both legally and personally. I was very lucky to mature and grow with this show. Experiencing so many firsts, maturing as an actor, a professional, and a human. In the process gaining friends, family, and the best coworkers a very lucky actor could ask for, and for this I can be nothing but gracious. All good things come to an end. An old cliche, but one that rings true with a sincerity and clarity especially in moments like these. Everything ends. The next episode will be my last. I have known since last year, but I didn’t want to give it away too early as I wanted this season to be a surprise for the audience, allowing them to experience Ian’s unsure journey with his character. This role has been a joy to inhabit, a wild and special ride, and I’d like to thank #Shameless as well as you, the viewers, for being there with him. Goodbye, Ian Clayton Gallagher. We’ll meet again?

Monaghan revealed that he’s known about Ian Gallagher’s exit from Shameless for over a year but didn’t want to share the news with fans too soon. It’s not clear if his departure is voluntary or if he was written off the Showtime series as part of the Season 9 storyline.

What we do know is that Ian Gallagher may not be gone forever. Cameron Monaghan hinted that there might be a return to Shameless in the future when he wrote, “We’ll meet again?” at the end of his goodbye note, making it look like Ian will be back at some point, just not as a series regular.

The most recent episode, Black-Haired Ginger, hints that Ian might be going on the run. He debuted new, black hair in the courtroom, teasing that he might have to run from the law and change up his looks in order to do it. So, will we be missing Ian because he’s in jail or because he’s gone AWOL again?

Monaghan is the second major character from Shameless to announce their exit this season. Emmy Rossum also announced that Season 9 would be her last, leaving viewers to wonder how the show would even go on without Fiona Gallagher.

Now, without both Fiona and Ian, two of the most chaotic characters on the show, we have to wonder what the future of Shameless will look like.

Those who want to see more of Cameron Monaghan have nothing to worry about. It seems that he’s been very busy even while filming Shameless. Many already know that he also plays Jerome Valeska on Gotham among his many other projects.

Shameless airs on Sundays at 9/8c on Showtime.