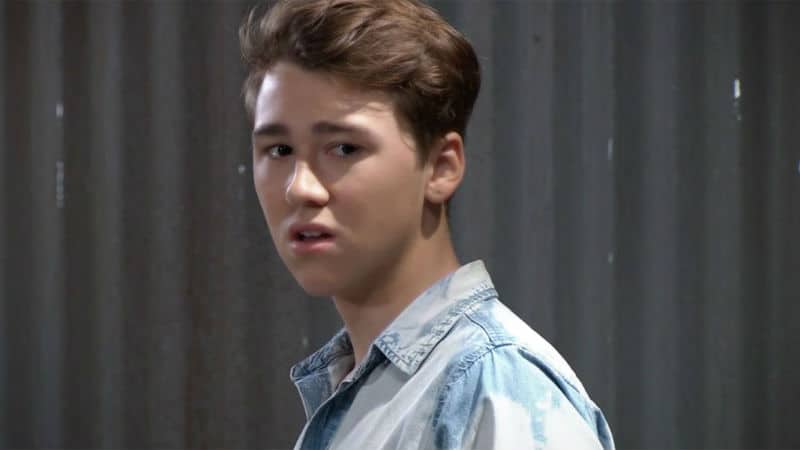 Soap fans will be wondering today why General Hospital is not on, and it is because the show is being preempted due to the hearing involving the nomination of Brett Kavanaugh to the U.S. Supreme Court.

Supreme Court nominee Brett Kavanaugh and Christine Blasey Ford are testifying in front of the Senate Judiciary Committee on alleged sex assault allegations brought against Kavanaugh by Ford. Ford claims that Kavanaugh sexually assaulted her in the early 1980s when both were in high school.

The preemption is not sitting well with viewers who are accustomed to watching their favorite daytime drama instead of real-life drama.

Social media is lit up with comments regarding the trial proceedings as well as fans’ complaints about the lack of their favorite sudser.

Indeed, things are heating to an amazing crescendo on General Hospital at the moment, with several sizzling plotlines on the front burner.

For starters, fans have seen JaSam spending more time together, something that has been a long time coming. There’s also the huge reveal this week about Oscar’s (Garren Stitt) cancerous brain tumor.

No one was more shocked than Oscar to hear the stunning news, particularly the part about his imminent death! But, he has one hope, in the form of Dr. Terry Randolph (Cassandra James) a pediatric oncologist who may be able to save the day. Or not.

Then there’s Sonny’s (Maurice Benard) dilemma. Not only did the body he tried to hide come out of the woodwork so to speak, the dead man’s daughter just happens to be the Port Charles District Attorney! Things are looking bleak for the Corinthos family, but there’s one glimmer of hope on the horizon.

Will Michael (Chad Duell) finally put two and two together to figure out that his son is actually alive and well and living in Port Charles? It’s starting to look that way!

Myka Stauffer, a YouTube influencer with over 717,000 subscribers, made a startling admission this week. And she’s now facing extreme backlash for what she and…