Too Close: Emily Watson stars in gripping trailer for drama

Too Close is coming to ITV this week and the mini-series centres around a dangerous relationship. Forensic psychiatrist Emma Robertson is tasked with helping Connie Mortensen – a woman accused of a despicable crime. The cast of Too Close spoke exclusively to Express.co.uk and other media about their roles.

Who is in the cast of Too Close?

When viewers are first introduced to Connie, they see her battered and bruised and isolated in a psychiatric unit.

Through flashbacks, they see a different side to her – a confident, yet emotionally vulnerable woman.

She is married to her husband Karl and has two children, but she lost everything in horrific circumstances.

Connie is played by Denise Gough – a 41-year-old Irish actress who is known for her roles in theatre.

She has won two Olivier Awards throughout her career and is proud of her latest TV venture. 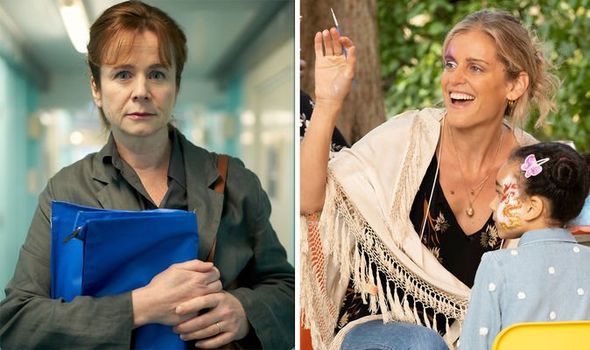 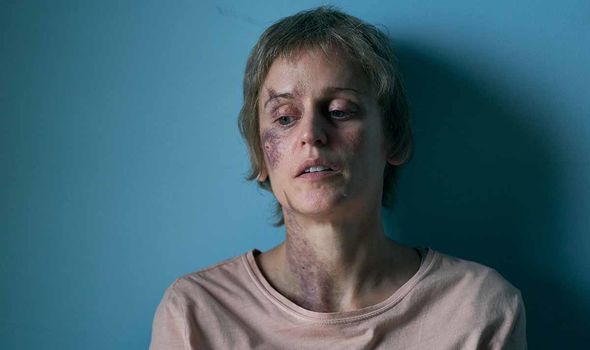 Speaking to Express.co.uk and other media, she explained how the series deliberately blurs the line between protagonist and antagonist.

She said: “That’s far more interesting to work on and to watch. So for me, when you think of the goody and baddy, it’s oversimplifying everything.

“So that’s what was most interesting to me about the script as I didn’t quite know, certainly until I had read it until the end, what the whole story was.

“It’s my job to have compassion and empathy myself for whoever I’m playing, I don’t necessarily have to like them.”

Her character’s story does include some huge twists and she was keen to be involved in plot development.

She said: “I think it’s like treats, you don’t want to give everything away at once. You miss out on the joy of the journey.

“You are given these treats through each episode so by the end it is very satisfying.” 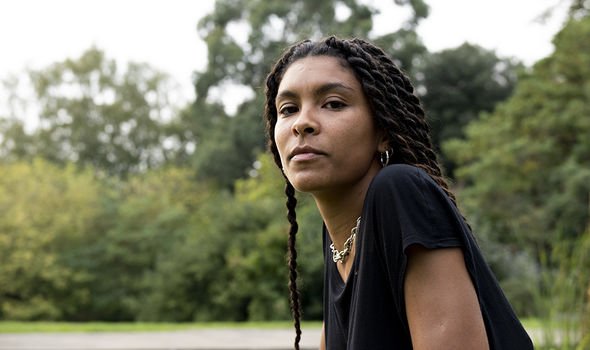 Emma is an esteemed forensic psychiatrist who is handed the task of managing Connie’s case.

She is married to barrister Si, but their relationship is strained by a huge secret neither of them is willing to talk about.

Emma is wholly dedicated to her work, but she is just as emotionally vulnerable as her client.

Throughout the series, fans will discover how Emma and Connie have more in common than they think.

Emma is played by Emily Watson – a 54-year-old actress known for her roles in Chernobyl and The Book Thief. 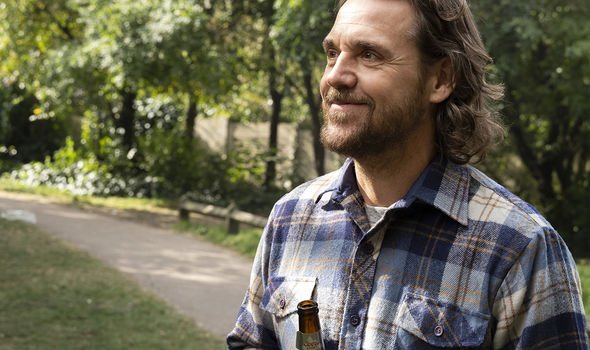 Speaking about the secrets between both characters, she said: “For my character, the heart of it is that when she encounters this woman who is at the start very aggressive and hostile, it soon becomes apparent that in another life these women would be friends.

“Connie senses straight away that Emma has a secret. In the same way that Emma is trying to open Connie up, Connie is digging away at Emma.

“It’s a mutual process of discovering each other. I’m doing it professionally, I’m being paid to do it – but she is just seeing me as a human being.”

She was equally as excited by the fact viewers will not know who the ‘good guy’ is.

Ness is a new neighbour in town and she is clever, confident and curious as a character.

She is in a same-sex marriage and she has a daughter who was born using a sperm donor.

She and Connie develop a unique friendship, but she remains fiercely independent.

Her character is played by Thalissa Teixeira – an actor and director known for Two Weeks to Live, Trigonometry and Baghdad Central.

Si is Emma’s husband who means well, but he is unable to sustain the fun in their relationship.

Like his wife, he too is struggling to cope with the dark secrets of his past.

Si is played by Risteárd Cooper – an Irish actor, comedian and writer who forms part of the comedy trio Après Match.

Karl is Connie’s husband and he wants to be in everyone’s good books. In public, he is the life and soul of the party.

But behind closed doors, he shows an alternate, immature side and he is described as a “man child”.

His character is played by Jamie Sives – a Scottish actor known for his roles in Guilt and Mister Foe.

He had jobs as a scaffolder, postman and doorman before turning to acting as a career.