Sam and Dean take on the case of several deaths attributed to repeat mountain lion attacks, but when they discover werewolf brothers are behind the killings, the story isn’t as simple as it seems.

Three girls are on their annual camping trip celebrating their college graduation when they are systematically attacked by an unknown assailant. There is one survivor.

This attack and several others in the area are attributed to a mountain lion, but something else is clearly at work here. Sam and Dean pick up the case, but not before a humorous scene where Dean tries ghost pepper jerky and fails to handle the heat.

There has been something awkward in the rhythm and timing of some of these scenes this season, almost like they’re unnatural or forced. I don’t know whether its a product of Chuck’s bad writing or maybe I’m just reading too much into the beats.

Sam is still having bad dreams about him and Dean killing each other. Dean offers to “Freud him” but he doesn’t want to talk about it. The boys arrive in Colorado disguised as agents Hamill and Ford from Fish and Wildlife (Sam: “Wow, that is a deep cut”).

Sam and Dean visit the survivor, Ashley Monroe, in the hospital and she reluctantly tells them her attacker was a man with fangs and claws. So a werewolf. Dean gives her the classic speech  — monsters are all real, me and my brother hunt them, etc — but it feels scripted.

It’s weird how quickly Dean and Ashley bond, that she conveniently knew her attacker’s name, and that there wasn’t even a full moon on the night of the attack. Something doesn’t add up.

Sam and Dean visit the man who attacked Ashley. His name is Andy and he lives in a cabin in the woods with his brother Josh. Josh is the gruff older brother and Andy is the sweet, empathetic one.

Sounds familiar. They are obviously werewolves and Dean pretty much wants to shoot them immediately, but Ashley calls him, so he and Sam head back to town.

Turns out that Andy is against hunting humans but Josh talked him into it. Josh killed the girls and Andy was the one who threatened Ashley to keep her quiet, but now they’re in danger as long as she’s alive. Josh promises to stop hunting, but they need to eliminate Ashley first.

Ashley has been released from the hospital, so Sam and Dean take her back to their motel to keep her safe. Sam goes out for food while Dean sits with Ashley until she falls asleep.

They bond some more and Ashley laments that since she graduated college she has no idea what she’s going to do with her life. Wouldn’t it be great if it were all just planned out? Dean obviously disagrees.

Sometime later, Sam comes back and wakes Dean up. He fell asleep and Ashley is gone. It’s impossible that anyone could sneak in and take her without Dean knowing, asleep or not.

They go to the werewolves’ cabin to search for Ashely, both thinking it’s too obvious, but there they are with Ashley tied up in their kitchen.

There is a struggle and a standoff, but in the end, Andy kills Josh and then kills himself. “He was my brother, and he promised,” says Andy. “But he was never going to stop. Then he turned into a monster. And I’m a monster too.”

It’s like Chuck is trying to write a poignant commentary on the Winchesters, but the results are stilted and simplistic. Even the Winchesters know something isn’t quite right, which is emphasized when Ashley trips and impales herself on an antler rack. 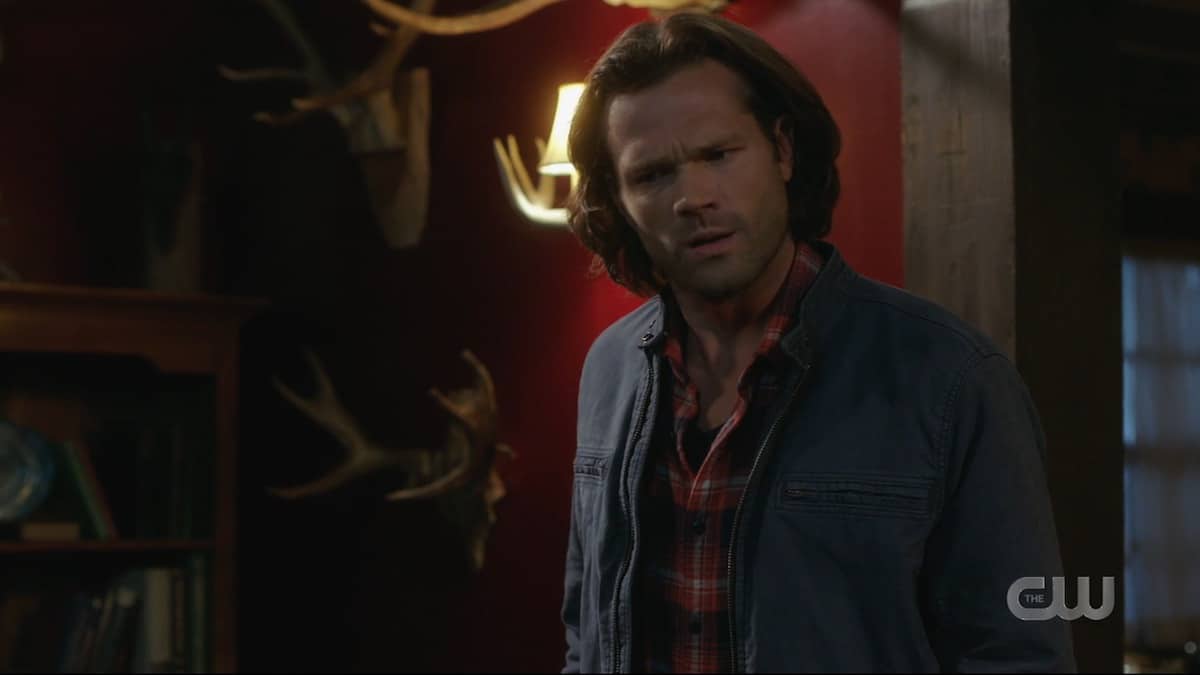 My favorite part of this episode is Sam and Dean’s reaction to this outrageous comedy death. Dean is shocked, but Sam is downright confused. He looks at her as if he’s trying to figure out the joke.

It turns out that Ashley is actually Lilith, returned from the Empty by God and sent on a mission to retrieve the Equalizer and mess with Sam and Dean. Chuck’s script is a little on the nose — “Easy? Stupid?” — but it was her job to play it out. 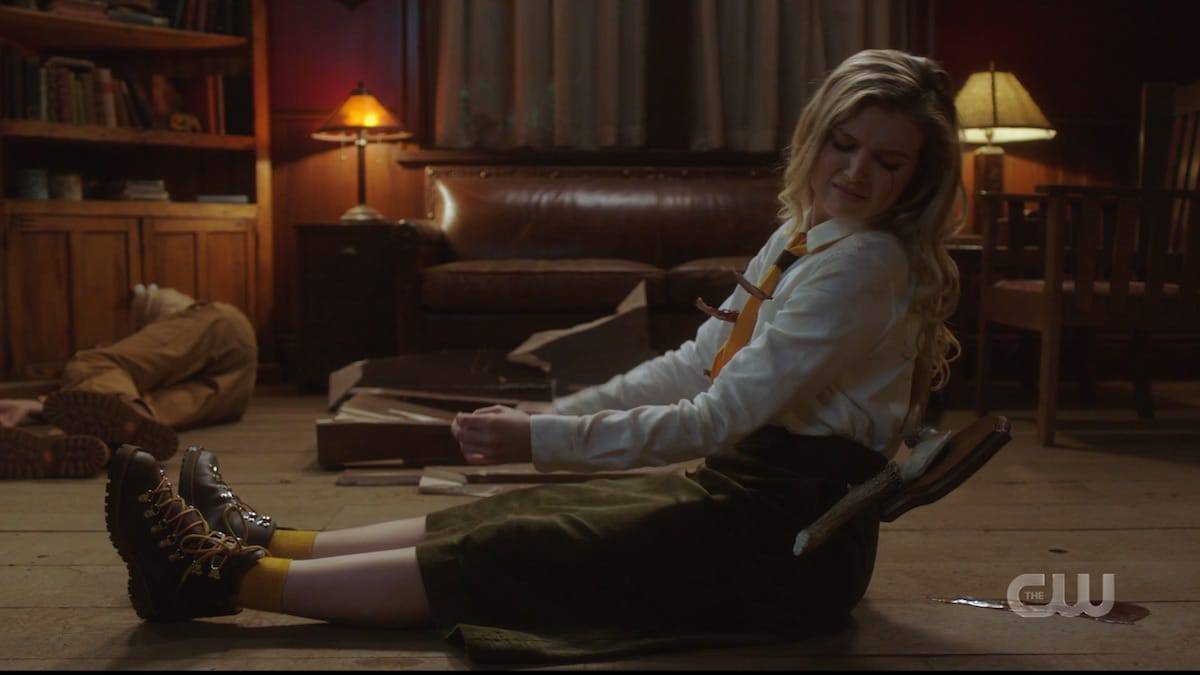 After a futile attempt to kill Lilith and keep the Equalizer from her, she finds the gun, destroys it, and disappears. She can’t kill them, of course, because Chuck’s favorite ending to the story is that the Winchesters kill each other.

Sam realizes that this connects to the dreams he’s been having, that he must be connected to Chuck because of the Equalizer. Chuck’s return leaves the Winchesters both devastated and hopeless. Sam says they’ll still fight, but how do you fight God?

It’s interesting that Supernatural is going meta this season. Of course, it makes sense to bring back the “greatest hits” for the final season, especially to end a show with such a long history. But going meta also allows Supernatural to openly celebrate and examine the series.

The show can deconstruct its formula, parody itself, take ownership of what worked and the things that didn’t. One of the reasons Supernatural has such a strong following is that the people who make it are so clearly fans too.

The episode ends with a perfectly fitting shot, framing Sam and Dean — the actors in God’s drama — between two red velvet curtains, as if their world is merely a stage.