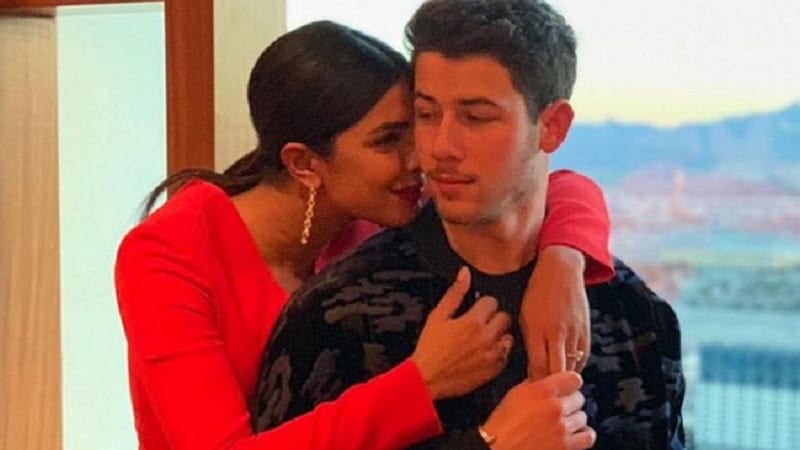 Priyanka Chopra welcomed her fiance Nick Jonas to India to begin puja, which is the beginning of their wedding celebrations at the actress’ Mumbai home. Jonas’s brother Joe, and his fiance Sophie Turner accompanied Nick.

They will not be spending too much time in Mumbai, as the couple will be heading to Jodhpur any day now to begin the lengthy process of preparing for their December 2 wedding.

Chopra and her fiance will likely remain in her Mumbai home, with only the closest family members, such as her cousin Parineeti Chopra having access to them, for no more than another day.

They are expected to be in Jodhpur on the 30th, as the couple will busy approving certain arrangements, having final fittings, private rehearsals, and ensuring everything will be done to their exacting details. Their traditional Hindu wedding will take place in the Umaid Bhawan Palace per NDTV.

It’s not all parties

While Nick has all the time in the world to take off for a long honeymoon after their nuptials, Chopra’s schedule is not quite as open.

The star of Bollywood and Hollywood still has a filming schedule to maintain, and she is rumored to be booked for her usual busy schedule of personal appearances, modeling jobs, and work as a brand ambassador.

Still, the couple will have a fair amount of time to spend with one another before getting back to the daily grind.

While there has never been a doubt that Priyanka was going to have a traditional Hindu wedding, not everyone was sure that the Jonas family and their accompanying dates would dress and partake in the traditional Indian garb and festivities. So far, Sophie and Joe have done just that, turning many doubters into believers.

Best wishes to the bride and groom on a wonderful succession of events to their wedding, and a long, happy and healthy life together.