Elly (played by Jodi Anasta) has been desperate for her marriage to Mark Brennan (Scott McGregor) to work after she slept with his sister Chloe Brennan (April Rose Pengilly) before their wedding earlier this year on Neighbours.

Believing her marriage was over after revealing the truth, Elly had a one night stand with a stranger who was later to be revealed as arch nemesis Finn Kelly’s (Rob Mills) brother Shaun Watkins (Brad Moller).

It’s when the pair have a heart-to-heart next week, Elly realises she needs to be straight with Mark and goes on to tell him he is not the father of her baby.

Although she is hoping for some slither of a chance their marriage can survive the bombshell, Elly will be left reeling by the heartbreaking consequences of her actions.

Teasing the fallout of the revelation, Elly Conway star Jodi Anasta, 34, exclusively revealed to Express.co.uk the extent of the truly emotional scenes set to play out in the coming weeks.

“It’s pretty devastating. They were brutal but I loved Elly’s honesty and owns everything she did wrong,” Jodi explained.

“She completely owns every single one of the lies she told. She didn’t hold back, and she gave him the truth he deserved finally.

“I was really proud of her in that moment.”

The repercussions of her revelation will see Mark turf Elly out their house, with Jodi adding: “It was really nice to play that and then there’s this amazing scene, I’m scared to watch it where Mark runs out of the house and Elly chases him down the street screaming. It’s so intense.” 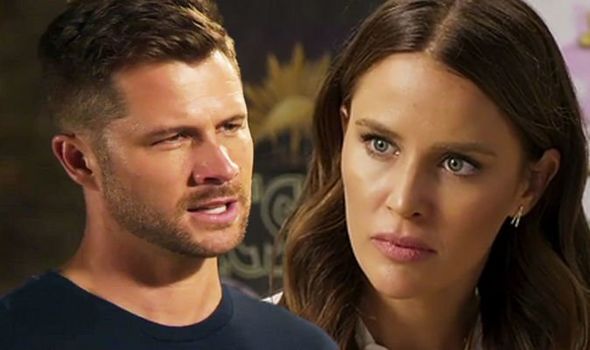 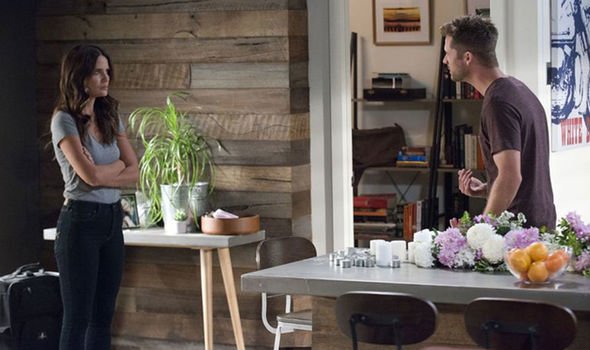 It’s fair to say Elly hasn’t made the best decisions of late and speaking of her character’s desperate state of mind, the actress said: “It’s a combination of keeping the baby safe and trying to keep her marriage going.

“It’s quite devastating to read and play this part of Elly.

“I’ve never seen her in a place like this before, but I know no matter how far she falls, she’s a strong character and she will always kind of rebuild again.”

As Elly’s baby plot finally unravels, Mark’s sister Chloe will be rocked by the return of a former lover next week. 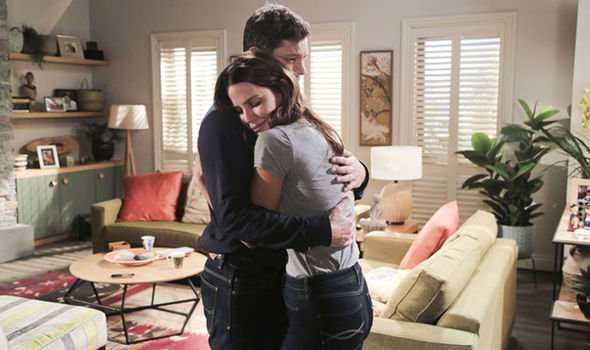 Having proposed to Chloe last November, Pierce Grayson (Tim Robards) was left heartbroken by the troublemaker’s reaction, leading to his departure from Erinsborough.

However, Pierce is going to be sticking around on Ramsay Street for the foreseeable future for his second stint on the Australian soap and he could have revenge on the mind.

After bumping into Chloe initially and giving her the cold shoulder, Pierce comforts his ex-girlfriend as she reels from the news about Elly and Mark.

Pierce offers a shoulder to cry on and this leads Chloe to believe he has come back for her with hopes to reignite their romance.

When Pierce fails to make contact again, Chloe is left contemplating why her former lover has really returned, but is she in danger?