MRS. America is a new American drama hinged on historical events – and it's coming to BBC Two TONIGHT (July 8).

Cate Blanchett plays Phyllis Schlafly, who was a real woman active throughout the 1970s American fight for women's rights… except she was against them. 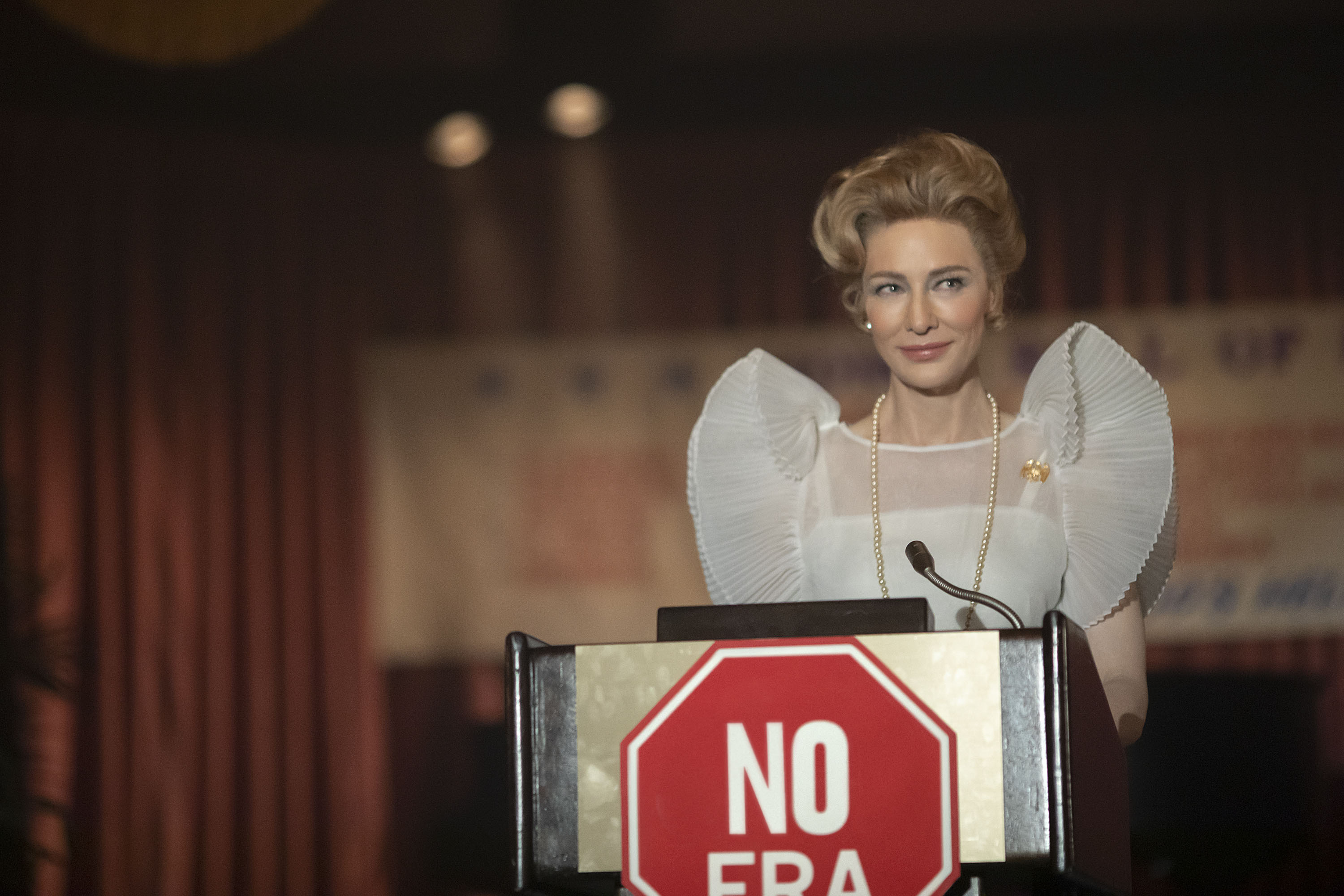 What is the real-life story behind Mrs. America?

Mrs. America is a drama based on the political fight for the ratification of the Equal Rights Amendment (which you can find out more about below).

The show received critical acclaim from US audiences after premiering.

In the 1970s second wave feminists were pushing for equal rights between the sexes – Phyllis meanwhile was campaigning against this.

Mrs. America looks at the events from both perspectives and has been praised for humanising Phyllis, in spite of her conservative views. 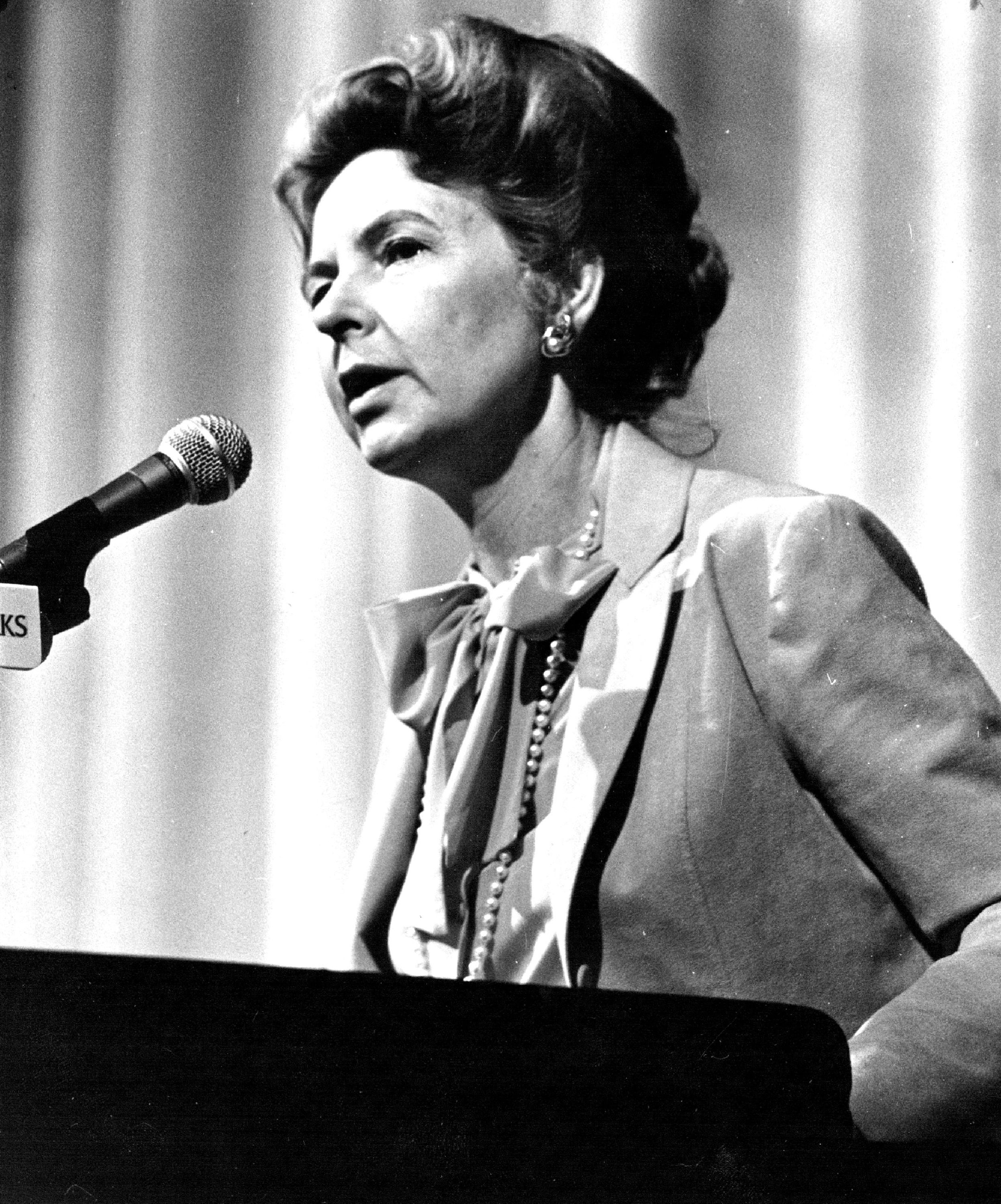 Who was Phyllis Schlafly?

The late Phyllis Schlafly passed away in 2016.

She had been an author and held conservative social views, being anti-feminism, same-sex marriage and abortion, though pro-death penalty. She was a lobbyist.

Her book, A Choice Not An Echo, sold three million copies after publication in 1964.

But what she's most remembered for is fronting STOP ERA (Stop Talking Our Privileges – Equal Rights Amendment) – a campaign that was so successful it halted the progress of the ERA movement. 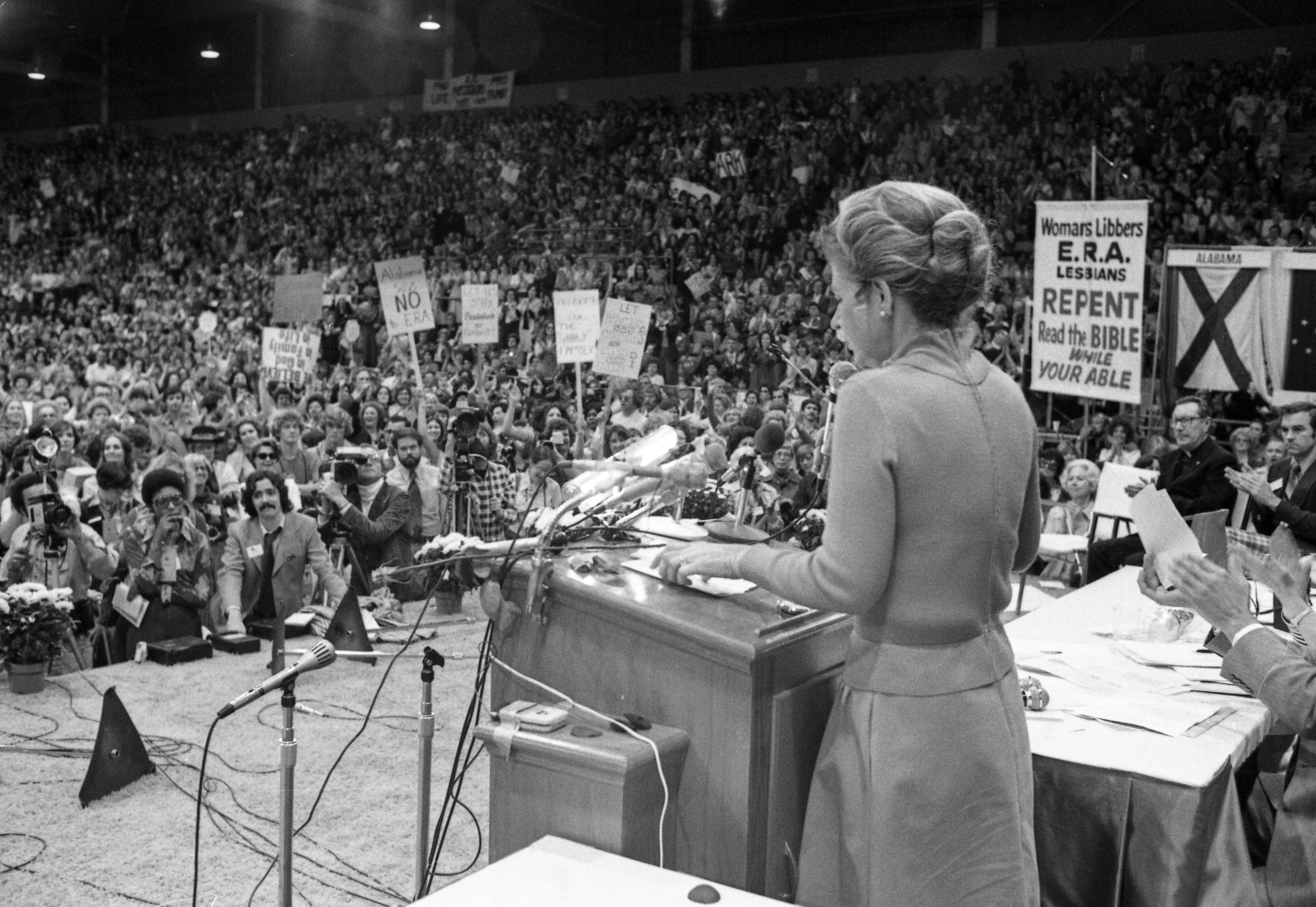 The reasoning used by STOP ERA was that, if ratified, the ERA would remove some advantages women in society had – particularly with work matters.

For example, women at the time were except from the military draft and Phyllis feared this would go, along with everyday things like separate restrooms for men and women.

She also believed the end of traditional gender roles would stop 'dependent wife' benefits which were granted under Social Security.

Phyllis remained engaged in conservative politics throughout her life. 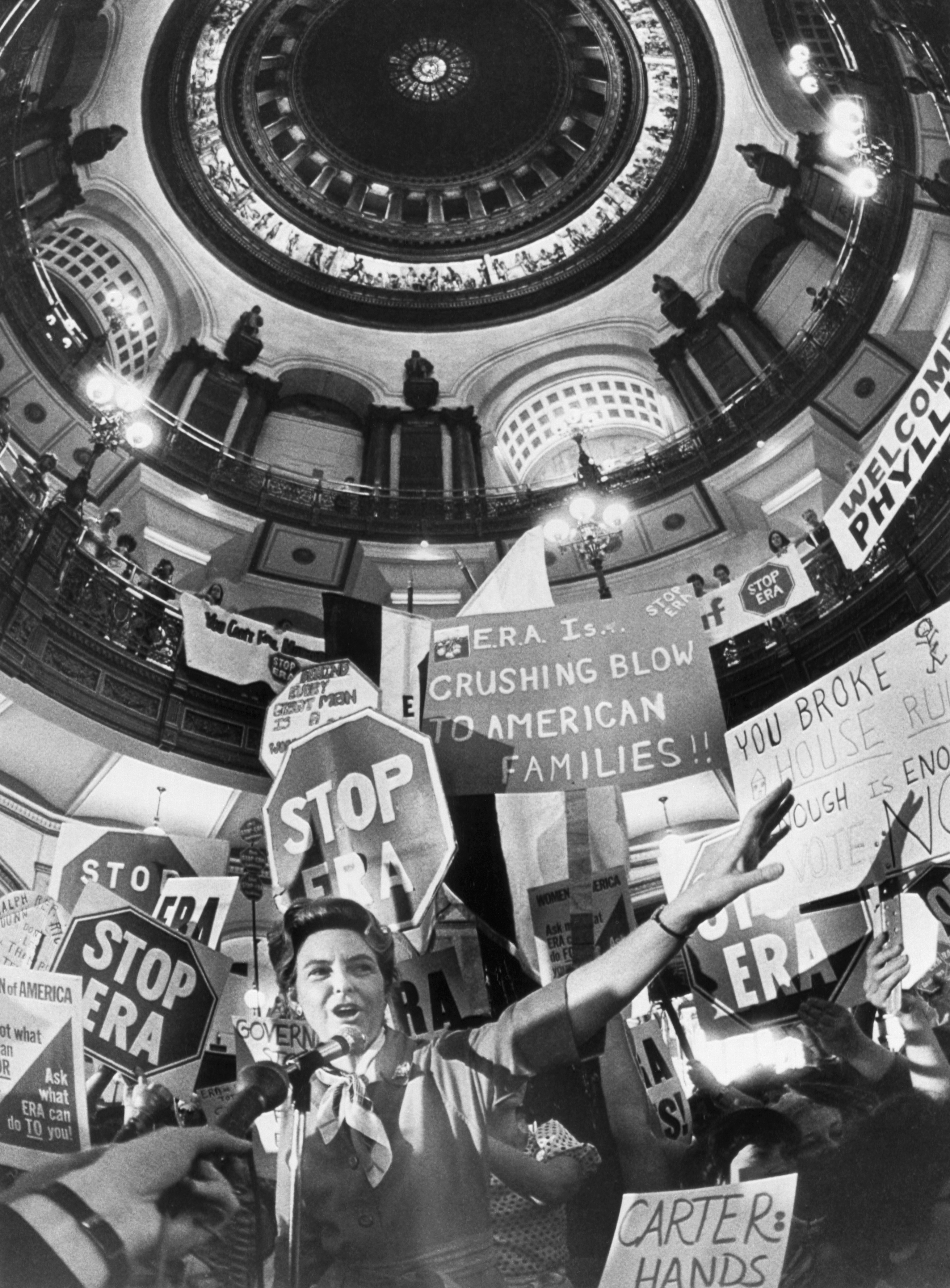 What is the ERA and was it passed?

The ERA is the Equal Rights Amendment – the very thing Mrs. America is based around.

It set out to secure equal rights, regardless of sex, in the eyes of the American law.

It aimed to rid society of different rules for men and women over employment, property, divorce and elsewhere. It set out to protect women legally.

Initially it was backed mostly by middle-class feminists, while working-class women were not looking to change some of the advantages the lack of equality ironically gave them (such as working hours and some of Phyllis' points).

Overall, the ERA had support until Phyllis came into play and led a strong opposition movement.

Unfortunately, the opposition was so forceful that the ERA wasn't ratified – the Constitution needed 38 states to pass the ERA, but only 35 did.

However, those last three states required for ratification are no longer needed as Nevada passed it in 2017, followed by Illinois in 2018 and finally Virginia in 2020.

Due to having 38 states pass the ERA, the debate on ratification and having the ERA join the Constitution as the 28th Amendment has sparked up again.