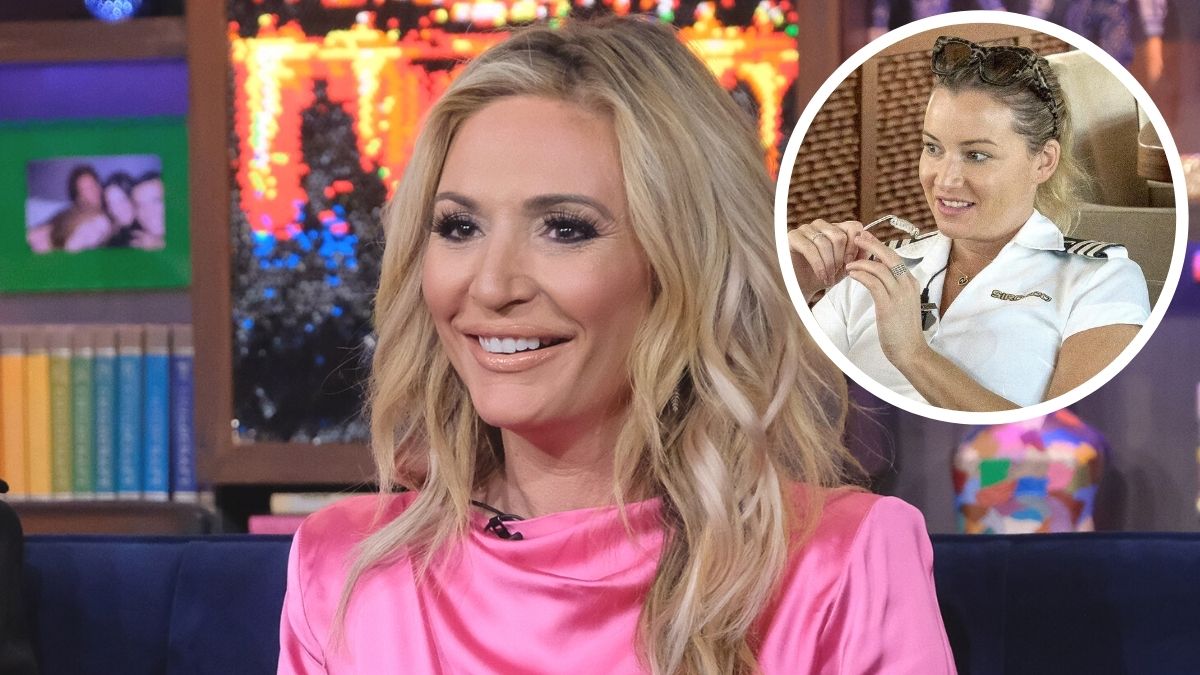 Everyone is talking about Hannah Ferrier’s recent firing on Below Deck Mediterranean.

And one of the most famous chief stew’s on the franchise is also sharing her two cents.

The always vocal Kate Chastain knows a thing or two about yachting and reality TV.

After a rough season, she shared the news that she would be stepping away from her chief stew position on Below Deck.

Of course, Chastain has been following all the drama on the show this season and did not hold back when giving her opinion about former friend Hannah Ferrier.

During a recent podcast, Kate dished on the drama that everyone else has been discussing.

She noted that with this type of job, you could get fired because people don’t like you, and she also made it clear that the issue with Hannah not logging her prescription was indeed a big deal.

She explained, “All drugs on board have to be reported on an official log…because otherwise we’d just be going from country to country with a bunch of drugs onboard. That’s called the 80s.”

However, Kate has another reason for why the soon-to-be-mom lost her job. She said it’s because the Aussie native was not doing a good job. Ouch!

“If Hannah was a fantastic chief stew,” says Kate. “Hard-working, good team player, I think they would have been like, ‘Okay, you have a prescription and you’re such a valuable asset. You did forget to tell us to put it on the ship’s roster of drugs. But now we will. Thank God we didn’t get caught. Let’s move forward.’”

However, the Bravo alum was very blunt about Hannah’s firing, saying, “I think she wasn’t good at her job.”

“Even when she was sober, she still wasn’t that good at her job. She wasn’t good for morale. To go around telling people ‘Kiko was my best friend and now I’m all alone.’ Be an adult. You’re basically separating yourself from the rest of the crew, which is not cool.”

Kate continued her explanation, “I think if she had presented a prescription, which she did not, and she had been a team player, good at her job, I think she would still be on board. But it’s just like too many things that were negative.”

Kate and Hannah are no longer friends

In case you’re wondering why Kate is so hard on Hannah, it seems their feud has something to do with it.

The two were once friends until last year when Kate says she found out the Below Deck Med chief stew had been talking behind her back.

Of course, Kate confronted her via text message, but the 33-year-old ghosted her, and they haven’t spoken since.

Below Deck Mediterranean airs Mondays at 9/8c on Bravo.