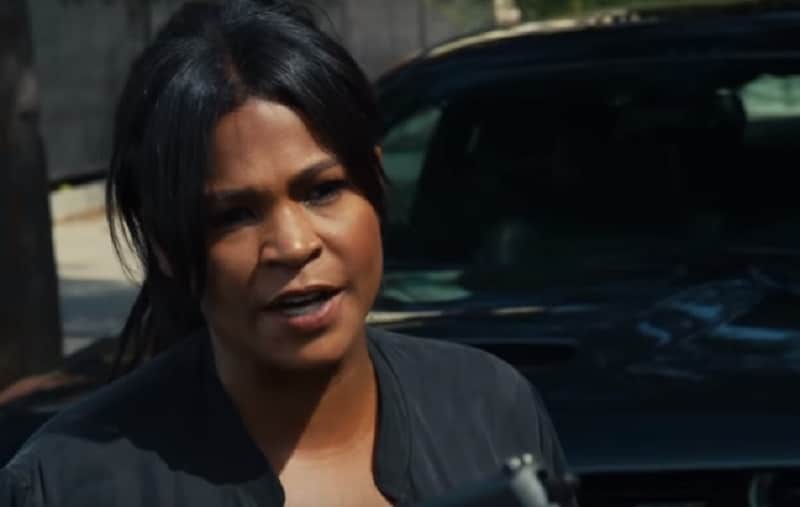 Nia Long plays Assistant Director Shay Mosley on NCIS: Los Angeles. Her character has been in a bit of hot water for most of Season 10, stemming from a mission down to Mexico to rescue her son. With the way the new episodes have been progressing, there have been quite a few questions about whether or not Nia Long is leaving the series.

During the November 4 episode of the show, titled Asesinos, the NCIS team tries to locate Mosley after a hit man tries to kill her. Mosley gets the upper hand, though, killing the man before he can take her out. She goes off the grid, again, but the team is too good to lose track of her.

At the end of that episode, where Callen and the team suspect Mosley is trying to sell information about them for the safety of her son, he comes face to face with his boss in the woods. She convinces him that she is still on their side, slipping away during a gunfight with rival cartels.

The character of Shay Mosley is in the wind. Callen and the rest of the NCIS: Los Angeles team have no idea where she or her son have gone.

For the character, that’s a great thing, because it may mean that the family is safe now, despite everything that took place down in Mexico. For the show, the verdict is still out.

Two supervisors of the team are missing. The other one is Hetty Lange, who is played by Linda Hunt. Lange has been on the show for years, often doing things by her own rules.

Hunt was thought to be dealing with some health issues that stemmed from a car accident she was in. No announcement was made by the show, but the long-term expectation is that she will return.

So where are Shay Mosley and Hetty Lange? It’s a mystery!

Maybe they will both show up for the wedding between Kensi and Deeks? Or maybe this will just open the show up to even more storylines. As for Nia Long leaving NCIS: Los Angeles, no official announcement has been made, but she may be off-screen for a while.