But she was no star-struck fan. She is the Iron Maiden front-man’s love child from a fling he had in the Eighties and Brittany, then 23, was meeting her dad for the first time. 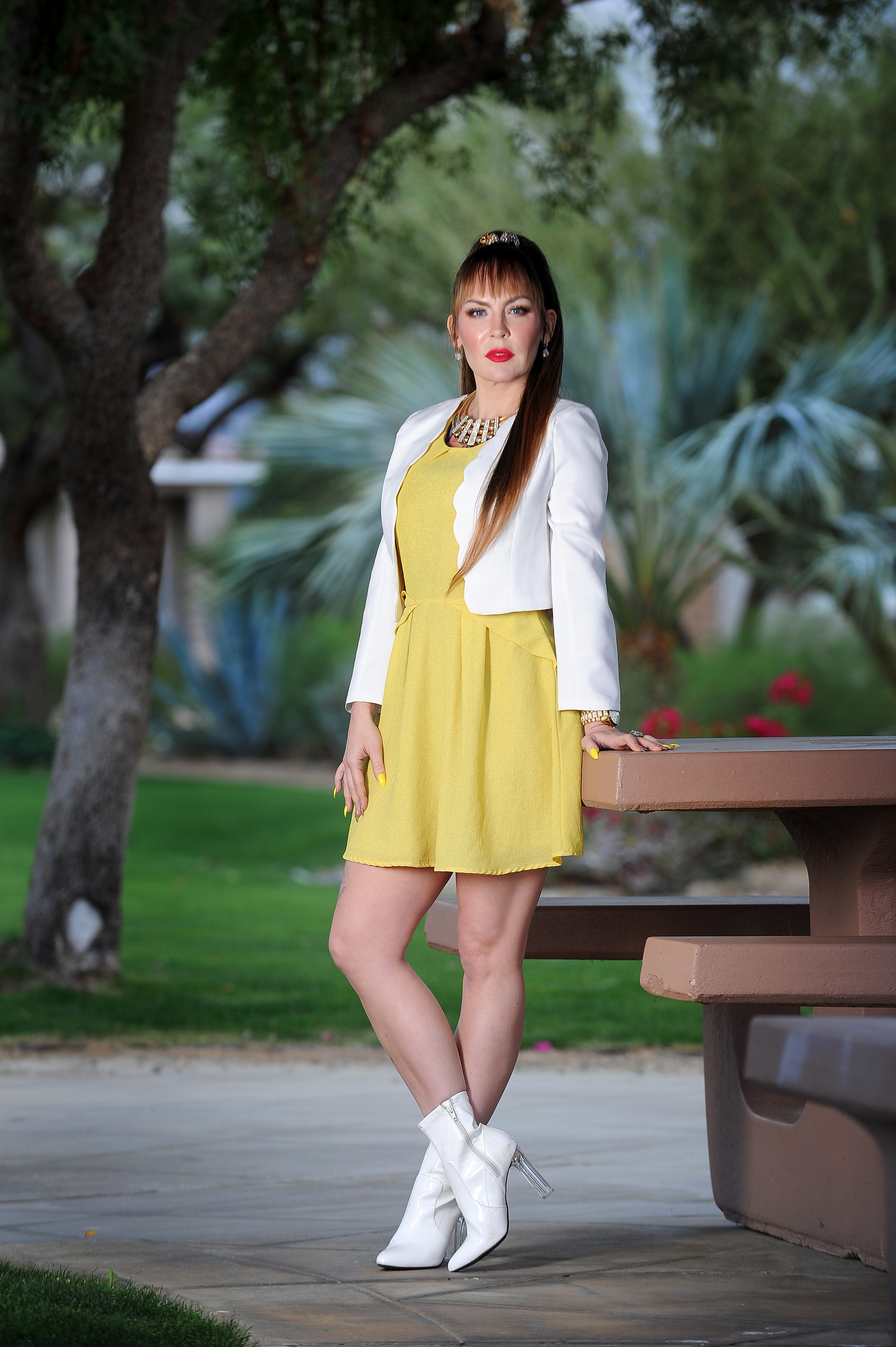 Her fears turned to delight when the Run To The Hills singer hugged her and, the next day, he was overjoyed when she returned with her two sons — meaning he was a grandad.

But today, for the first time, Brittany, now 33, tells how she exchanged warm farewells with Bruce that day in 2010 then kept in touch by email for two years — then he mysteriously and cruelly froze her out of his gilded life.

She says: “I sent lots of emails to Bruce but he just wouldn’t respond. I started getting really angry and would call and leave messages.

“All I wanted was for him to talk to me and he never did. He never gave me an explanation why.

“I have felt shame because I was born as the result of an affair, he made me feel I’m something to hide.  I’m angry because I still have questions he never answered when I met him.”

‘I’ve always felt like an outcast and black sheep’

Brittany, mum to sons David, 17, and Gabriel, 14, adds: “The part of it that bothered me the most was that I was a mother in my teens then twenties and trying to juggle multiple jobs.

“Him being famous made it harder because I would see and hear things — like that he was writing a book and I’m not mentioned in it. I don’t exist. It made me feel very, very unwanted.
“After he cut me off, he made me feel like I’m not good enough. Now he’s got a chance — it’s kind of his last chance now.” 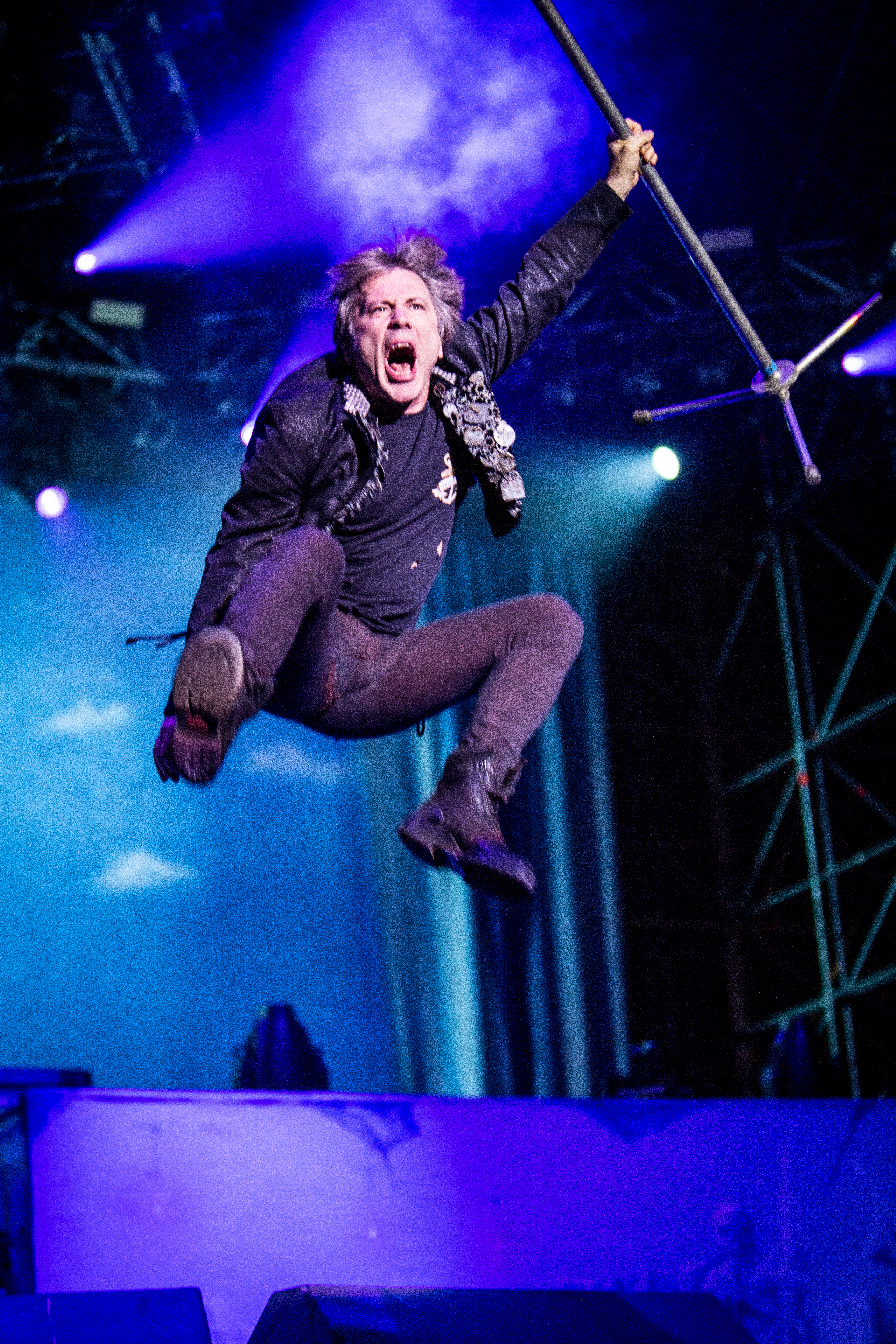 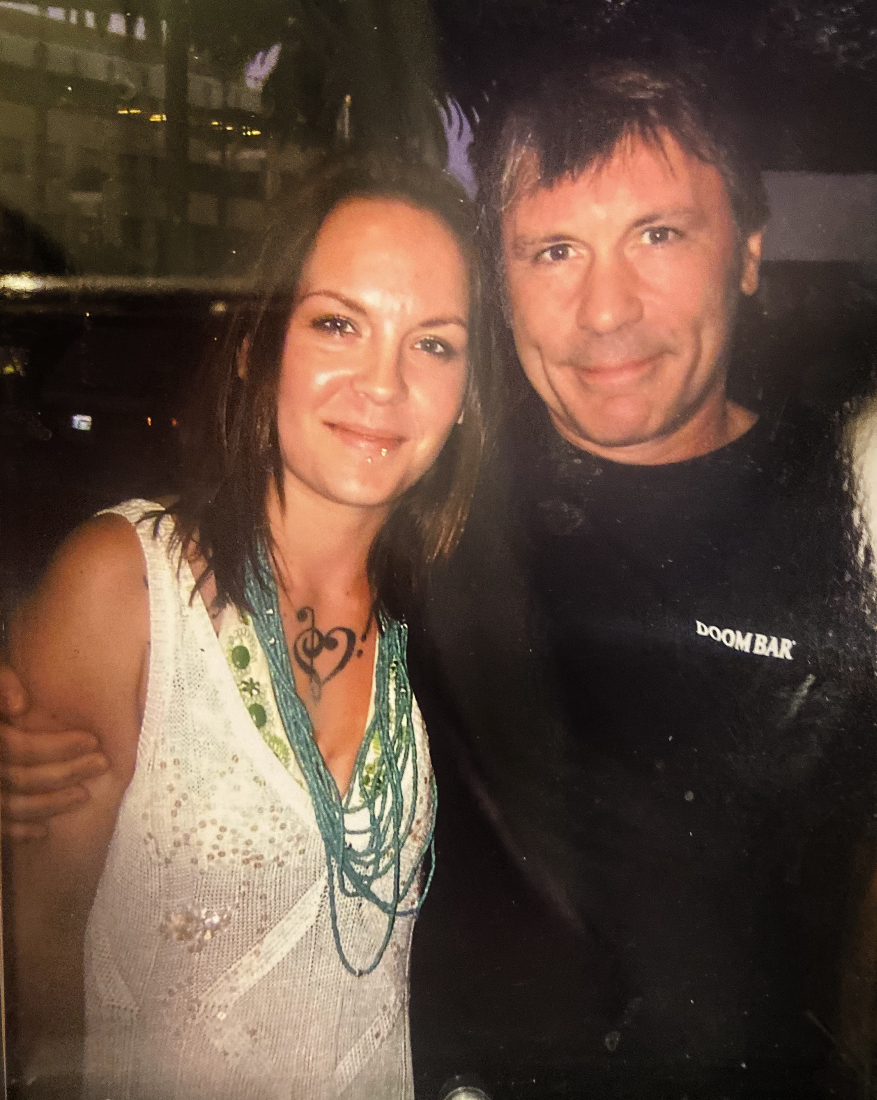 Angela in 1986 between the breakdown of his first marriage, to Jane, and getting together with second wife Paddy.

Angela was just 17 when she met Bruce, who was in his late twenties, in Frankfurt, Germany, and they partied in bars and hotels. American Brittany says: “They hung out several times and they were dating for about two weeks.

Then a friend told Bruce that Mum was pregnant and apparently Bruce threw a TV into a hotel wall and screamed, ‘She lied about the birth control’.”

Brittany was born in Lexington, Kentucky, in 1987, just before her mum turned 18. They later moved to California.

Brittany says Bruce was served with a blood-test request in the Hyatt Hotel, on Los Angeles’ Sunset Boulevard, in the early Nineties, and adds: “It showed I’m his daughter.

‘The will means I’m now recognised as his daughter’

“After about six months my mother started getting child-support cheques. It was $1,500 a month (about £1,100) plus extras such as medical, private schooling, dance lessons five times a week.

“My mother never hid anything from me, she always told me who my dad was and provided me with pictures of him.”

After finally meeting her dad in 2010, only then to be left out in the cold, Brittany now wonders if that was because Bruce’s estranged wife Paddy told him not to have anything to do with her.

Paddy died last May, with all of her £1.7million left in a will to Bruce. Brittany says it included specific instructions that none of the money should go to her or her children.

Paddy was found dead, aged 58, at her and Bruce’s £3million former marital home in London.  He later said: “This is a terrible tragedy which appears to be a tragic accident.” 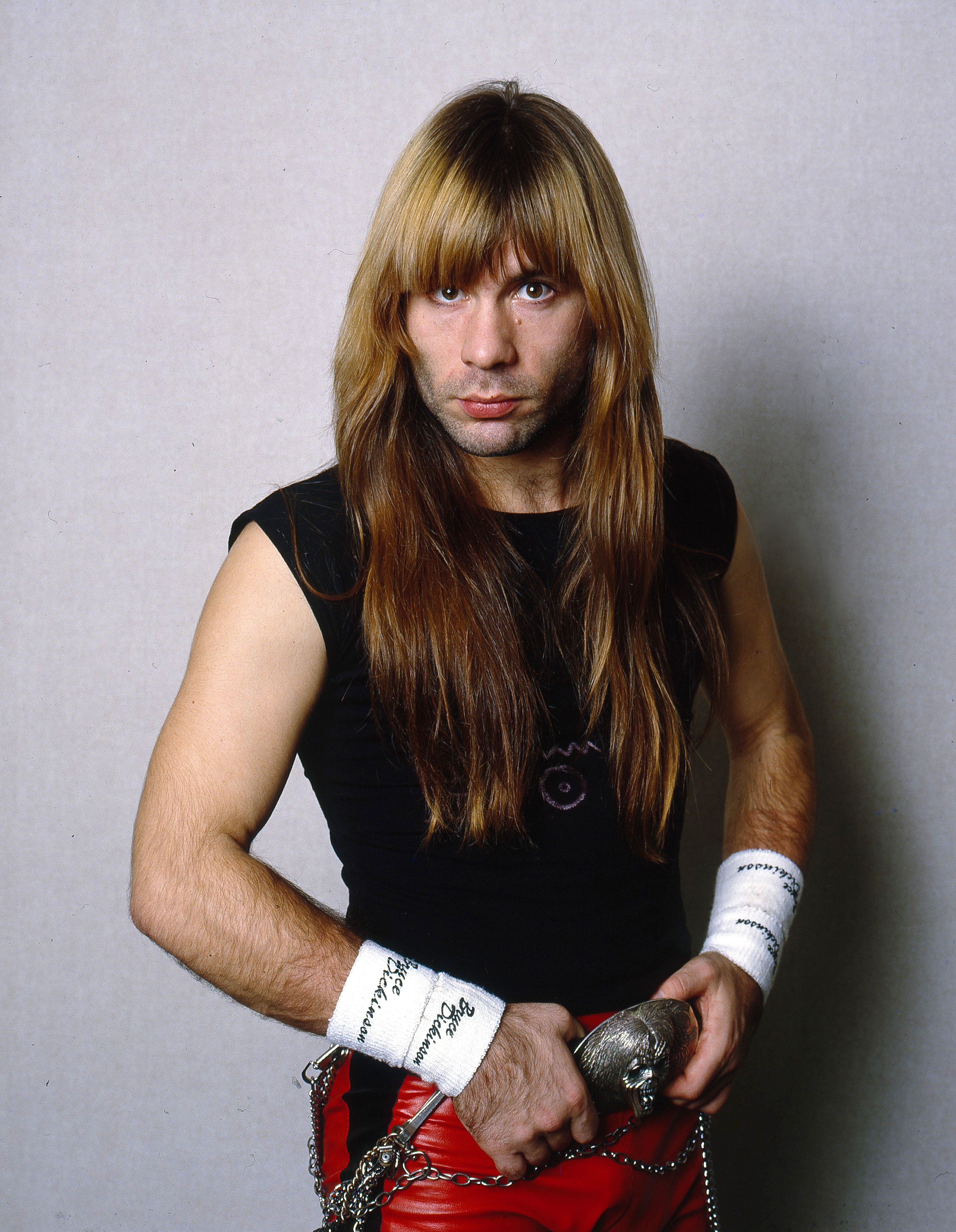 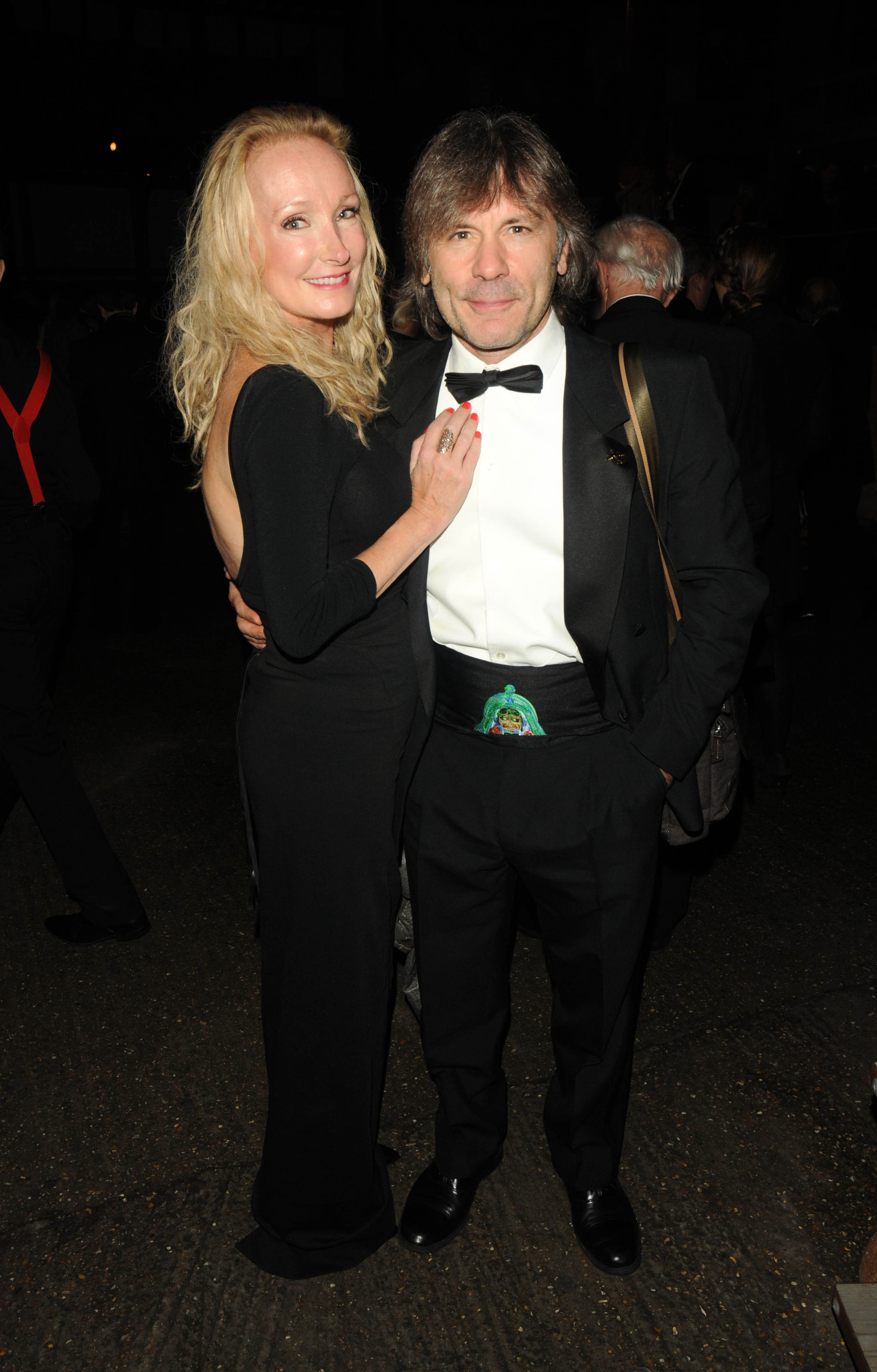 The money went to Bruce despite him ditching their 29-year marriage for superfan Leana Dolci, 46.

It is claimed Paddy’s will stated: “I have intentionally and with full knowledge made no provision for Brittany Nicole Potts or her children.”

It is understood Bruce was still negotiating his divorce from Paddy when she died. Brittany says she has been left shocked and confused — and is calling for Bruce to break his silence.

She says: “If Paddy had something against me which led her to mention me and my children in her will, it would be karma if that is the thing that leads the world to know that I am Bruce’s daughter.

“She has achieved the opposite of what she wanted. I would like to ask Bruce, ‘Was it because of Paddy that you cut me off?’

‘I just want to know if Bruce is cold-hearted’

"I felt confused by the will but it means I am now recognised as his daughter. By putting me in the will she has confirmed that.

“I just want to know if Bruce is really cold-hearted, or was it about Paddy and protecting her?”

Meanwhile, Brittany can only puzzle over that day in 2010 when she met Bruce, and also Paddy, when Iron Maiden played in San Bernardino, California.

She says she got to meet her father after telling security she was his daughter. She adds: “Bruce’s eyes lit up and the first thing he told me was ‘You’re so beautiful’.

"I didn’t know how to feel about that and I was like, ‘No I’m not, I look like you’. He told me to come in and he gave me a huge hug and it felt like I was hugging myself but a man version, it was odd. 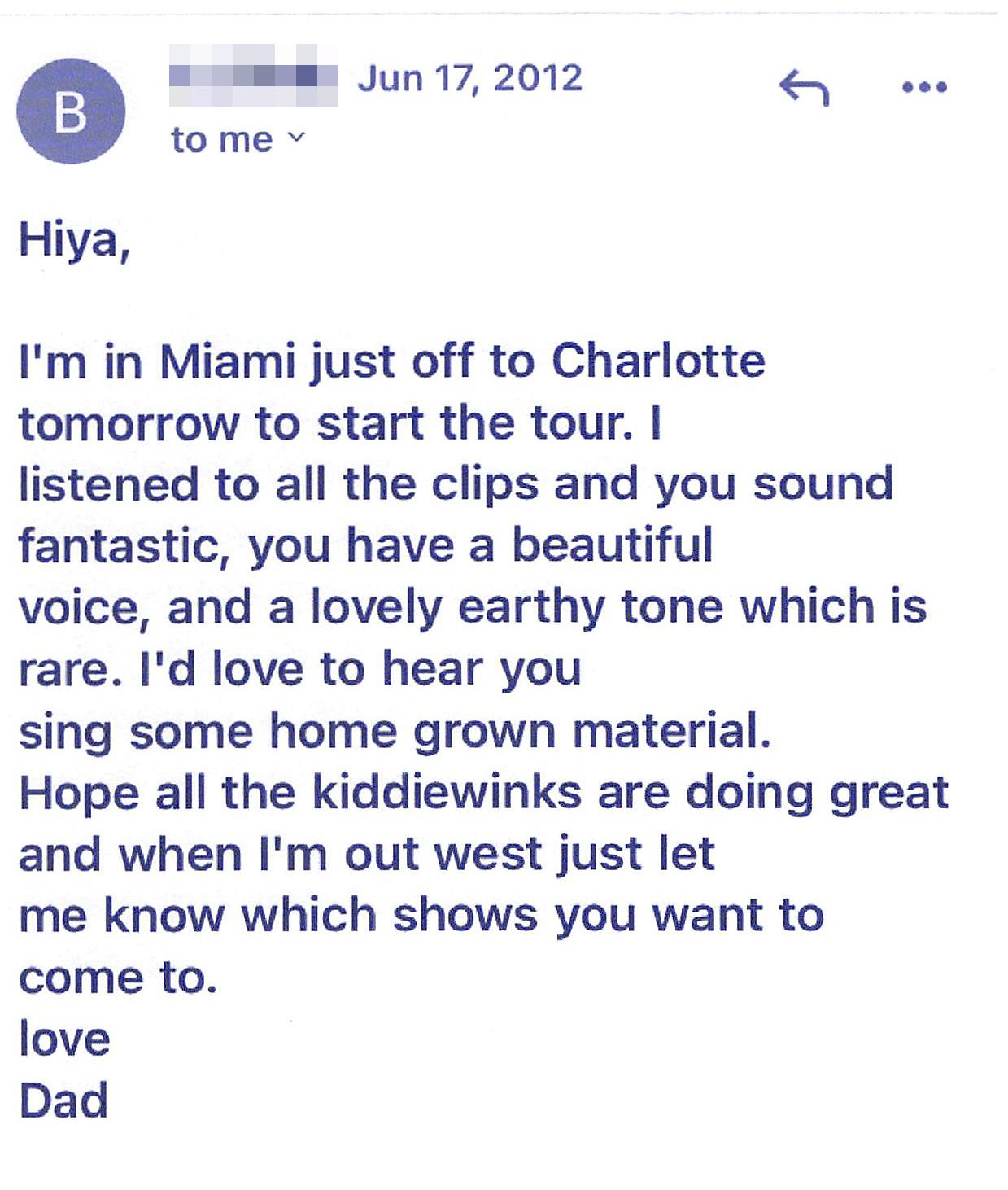 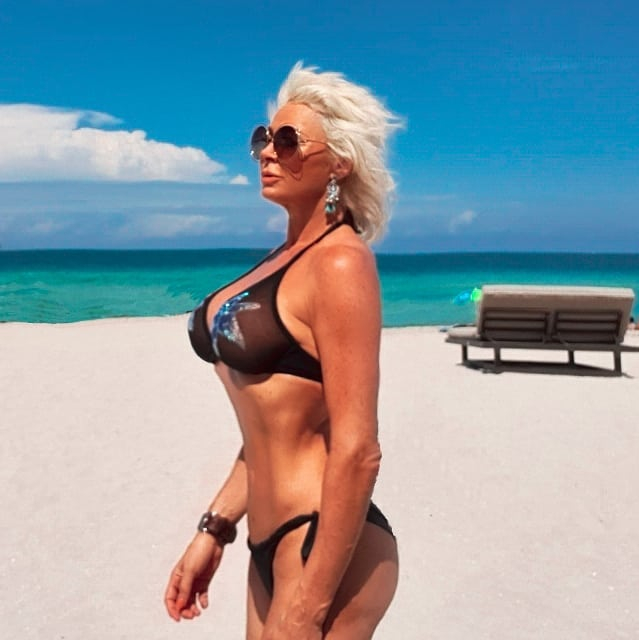 We sat down and I was trying to ask him important questions, like whether there’s anything I needed to know about health problems in the family.

“He avoided everything like that and just wanted to talk about my mum.  Minutes later there was a knock on the door and his wife Paddy came in. She said, ‘It’s so great to meet you’.

“She was speaking very slow and sweet, like a fairy godmother.” The day after that “fairytale” meeting Brittany says she took her sons to meet Bruce and he exclaimed: “Oh my God, I’m a grandfather.”

Brittany says: “He picked them up and was excited, embraced them and was genuinely happy. We took a picture. When we said our goodbyes, he led me to believe that we would be in touch.”

She claims stayed in email contact and aspiring singer Brittany even sent Bruce recordings of her singing, which she says he praised warmly.

But it all came to an end two years later after she met Bruce and Paddy’s son, Austin. He is one of three now grown-up children they had together — the others being son Griffin and daughter Kia.

Brittany says: “After that night, I texted Austin but he never replied.” It was then she claims Bruce also cut off contact.

Brittany has now started the process to legally change her name from Potts to Dickinson, and reckons she has her biological father’s genetic ability to sing. Bruce has so far declined to comment. 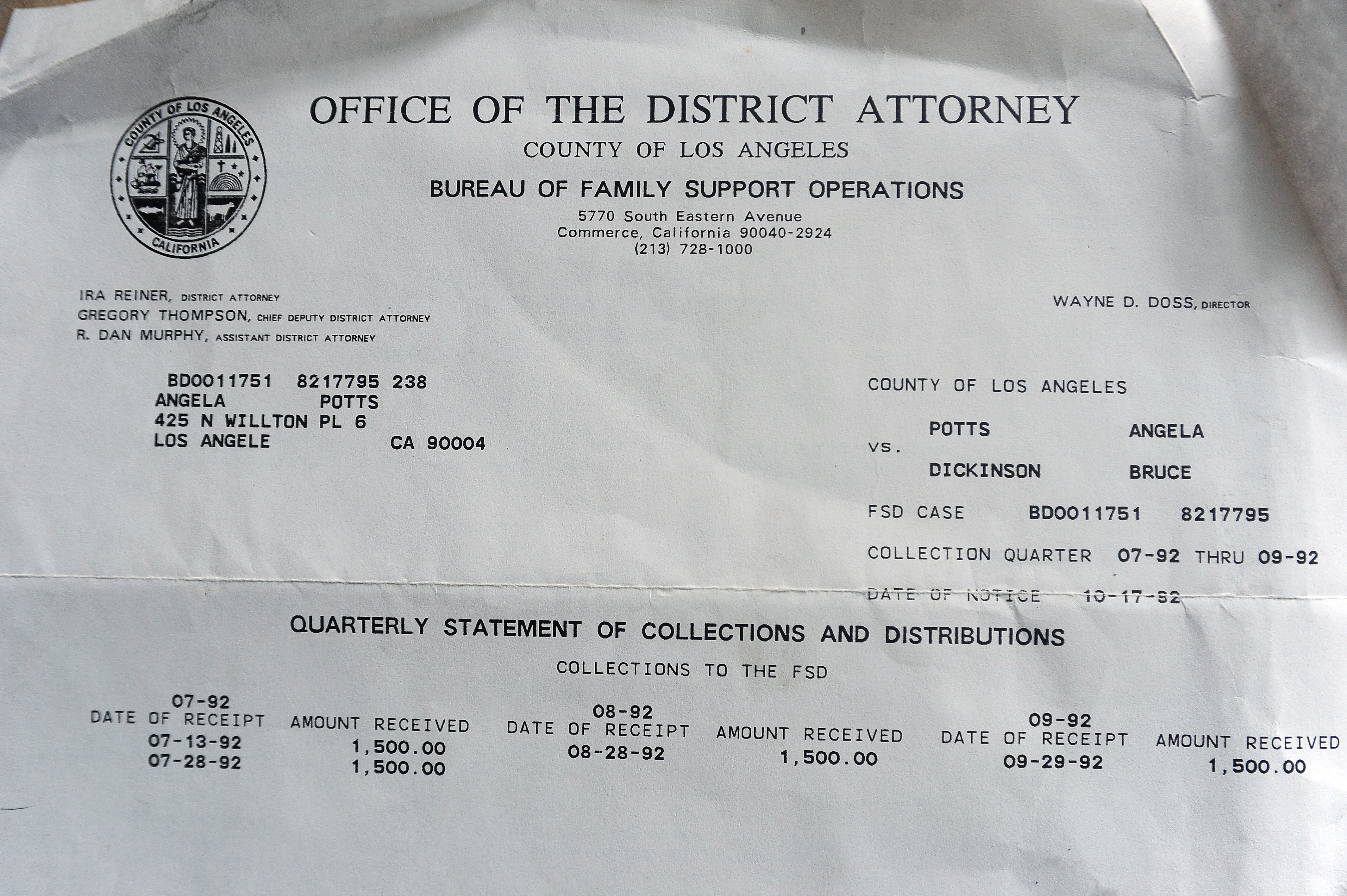