Welcome to the recap for Episode 5 of History Channel’s Knightfall Season 2. But, make sure you strap yourself in because King Philip (Ed Stoppard) is no longer the only crazy person in Medieval France! The recap also comes now, with a new and improved Sin-O-Meter.

After a grueling training regime that has mostly involved Landry (Tom Cullen) telling the initiates to obey orders and then promptly not obeying said orders himself, he is welcomed back into the fold. First off, though, he has to beat one of his brothers senseless. Which, to be honest probably felt pretty good after he was branded in an earlier episode of Knightfall.

So, now that Landry has his robe and sword returned to him and he and Talus (Mark Hamill) are besties, it’s time to concentrate on more pressing issues: namely the “Kill the Templar” agenda that is already unfolding via King Philip (Ed Stoppard). 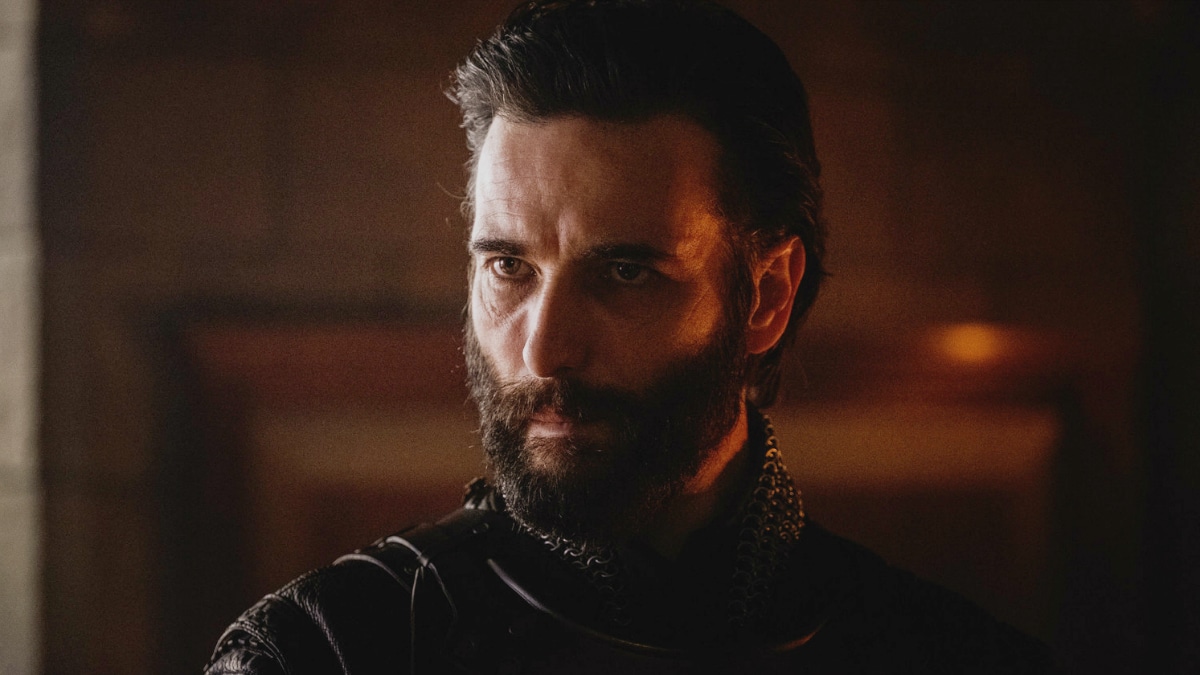 The Templars are not very knight-like

Right after Rhone (Dean Ridge) goes completely out of character and starts dissing the lepers for killing his sister, a new group is introduced: the Lapinites of Saint Lazarus.

One guy from this group turns up at the Temple of Chartres and announces that the Pope is dead. And, he has no qualms on insisting that Pope Boniface (Jim Carter) was murdered.

However, the Templars are all a bit hesitant to get stuck in a full-blown battle over it and decide to wait it out until a new Pope has been appointed.

Gabriel (Sam Hoare), the member of the Lapinites of Saint Lazarus calls the Templars the Medieval equivalent of pu**ies for not going to war immediately.

However, Gabriel is thankful the Templars are there when they return to his home the next day because they are immediately under attack.

Of course, it comes as no surprise that this new religious group is actually lepers under their masks and Rhone learns a valuable lesson about how he should help everyone in the name of God. 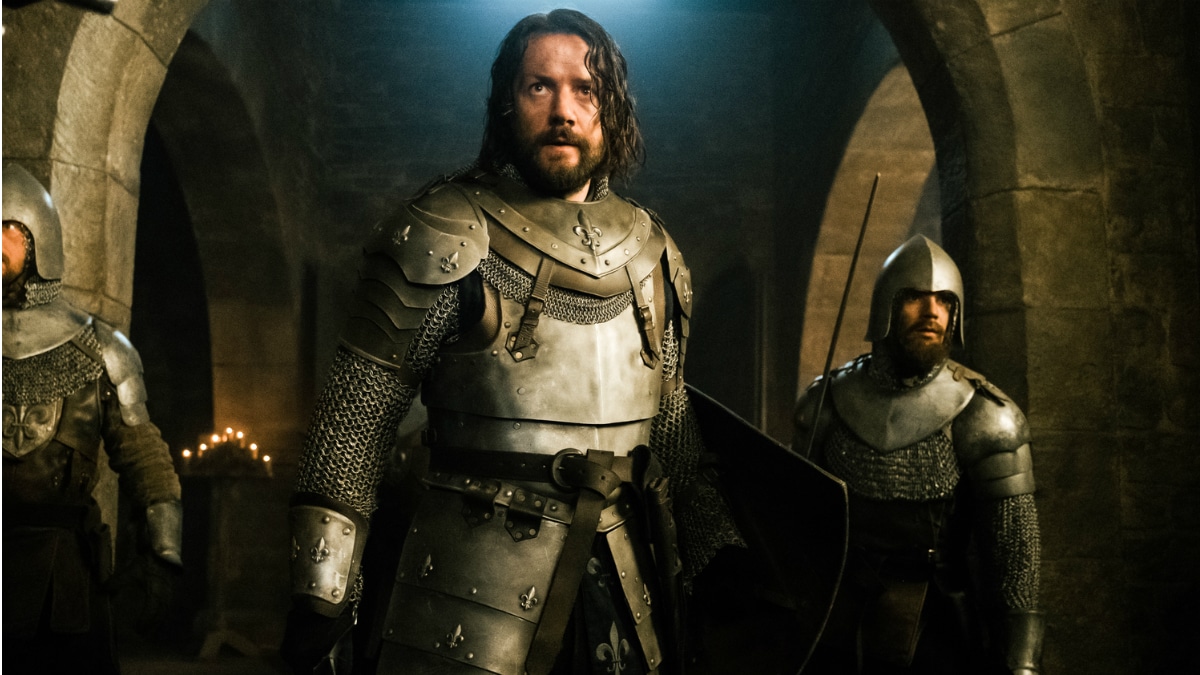 Once Landry and Talus realize that fallen Templar, Gawain (Pádraic Delaney), is heading the attack, they decide it is probably a good idea to retaliate and the group splits up.

In the middle of all this, Talus also gives Landry a pep talk about how children should be with their parents and Landry is sent on a side mission to retrieve his daughter, Eve.

For the first time ever in Season 2 of Knightfall, King Philip is not the craziest royal in the court. No, that honor goes to his son, Prince Louis (Tom Forbes), who is kinda losing his s**t at having to kill children while under the pump to produce a child himself.

While not able to get it up, his wife, Princess Margaret of Burgundy (Clementine Nicholson), is using all methods available — which is, mostly, just praying.

However, her sis-in-law, Princess Isabella (Genevieve Gaunt) takes her on a hunting trip and they get really drunk. As a result of this, I am pretty sure Margaret had to sign a disclaimer stating that “What Happened in the Forest, Stays in the Forest.” 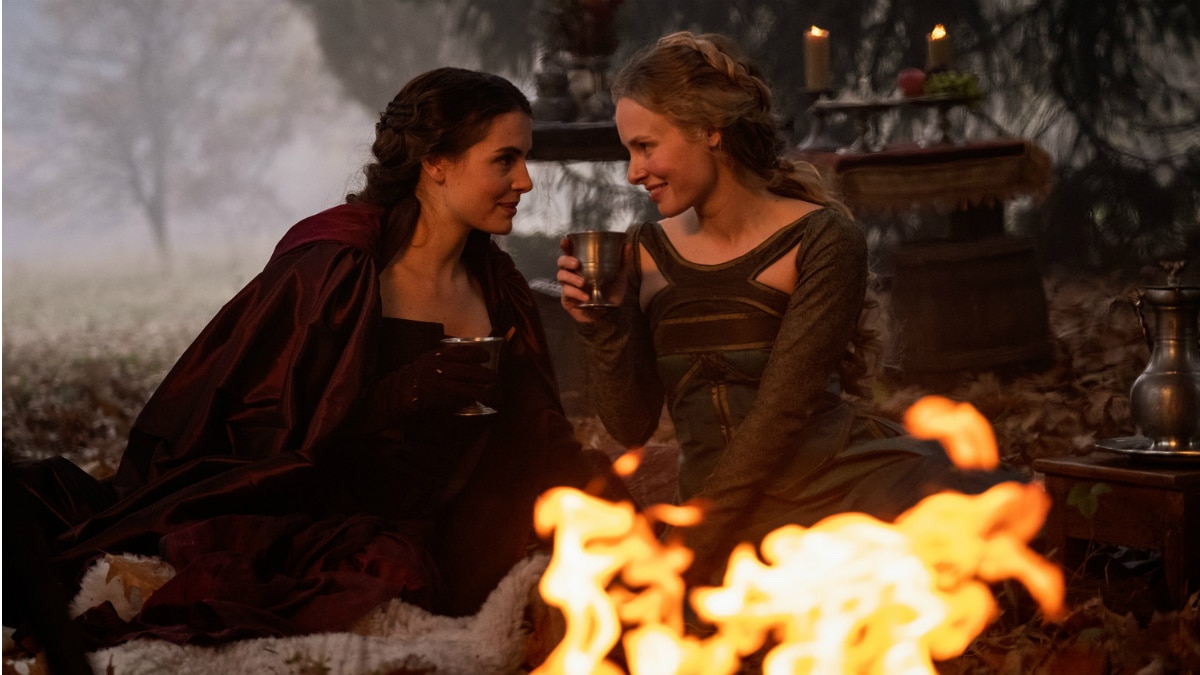 King Philip creates a slur campaign against the Templars

William DeNogaret (Julian Ovenden) reveals that rumors are circulating about who is really killing the newborns. The king, who has turned his crazy up considerably in the new season of Knightfall, according to TV Insider, endeavors to rectify the situation.

Using a busy day in the royal court, he calls in the poor woman who had her family slaughtered by Prince Louis is Episode 3 of Knightfall Season 2.

When the woman loudly claims it was the Knights Templar that killed her husband and child, King Philip offers restitution. Everyone cheers.

However, he fails to factor in her having seen Prince Louis and everything starts to go to the crapper.

Prince Louis jumps in and saves the day by smothering the poor woman and calling her hysterical before leading her away. 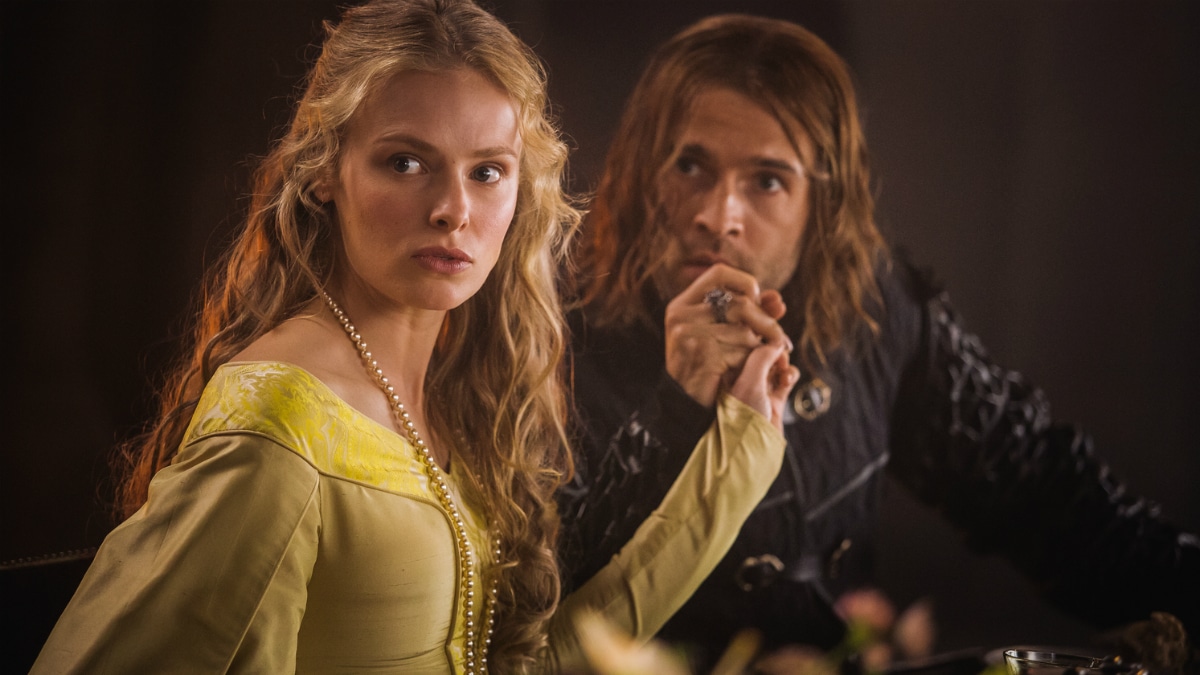 Later on, Prince Louis is seen talking to himself and for a moment I totally thought he had gone all Norman Bates on us.

However, it’s not his dead mother that he is talking to. Instead, he has the poor woman from earlier as a captive audience and I am pretty sure she will either get a wicked case of Stockholm by Proxy Syndrome or kill Prince Louis later on in Season 2 of Knightfall.

But, for the time being, she is a pretty good way for Louis to vent about the awful things his father makes him do.

Unburdened, the prince is now able to bed his wife and she is probably glad since I am pretty sure she had drunken sex with not only Princess Isabella but the two men Isabella dragged off into the forest earlier in the episode. 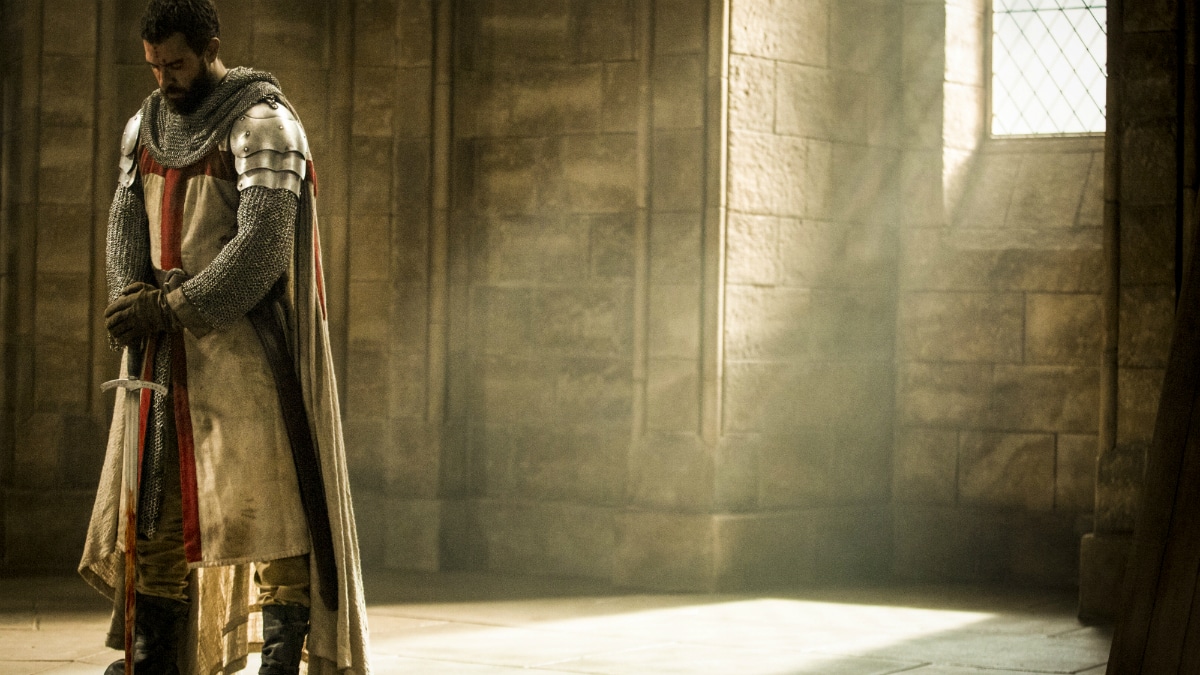 Every week in Knightfall, Landry seems to have his faith questioned. The new Sin-O-Meter is a great way to gauge just how well Landry does at upholding the Templar values.

If Landry is completely pious, he gets a rating of one. However, if he sins against God and the Knights Templar, the rating goes up, all the way to a total of five if he manages to break all of the rules.

On a scale of Talus to DeNogaret, let’s see how Landry went this week!

1 out of 5. With Landry getting accepted back into the Knights Templar, he appears to be turning over a new leaf regarding backchat and questioning everything his elders tell him to do.

I totally believe this is a temporary measure and Landry will return to his normal ways in Episode 5 of Knightfall.

Knightfall returns to the History Channel with Episode 4 (titled “Equal Before God”) on Monday, April 15 at 10 p.m. History Channel lists the following synopsis for this episode.

“Landry reunites with his daughter, only to be separated once again. Growing impatient with DeNogaret’s legal strategy, King Philip prepares his army for war. Margaret discovers one of Prince Louis’ dark secrets.”