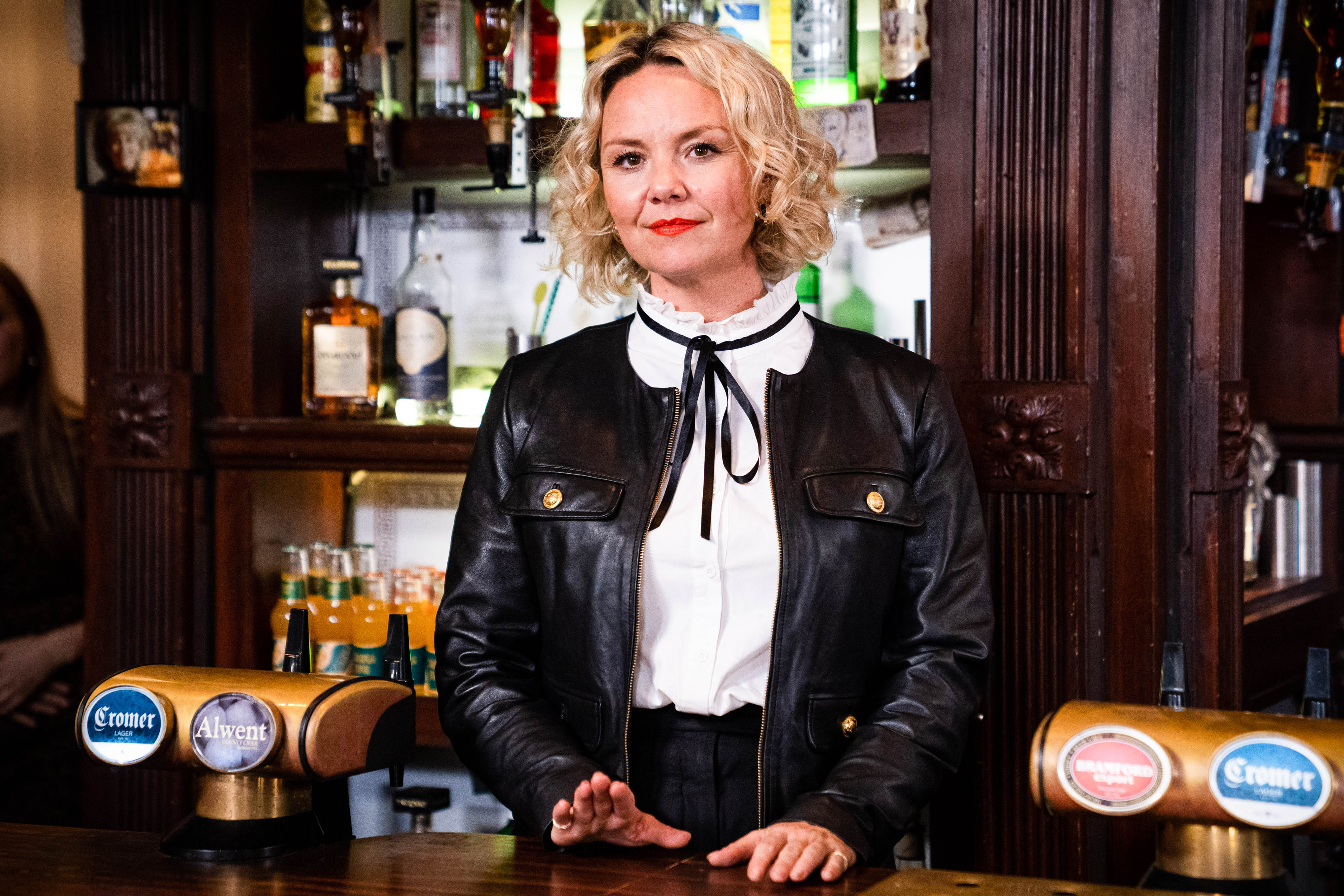 Gray Atkins (Toby-Alexander Smith) is a man who loves to be in control in EastEnders, so when Whitney Dean (Shona McGarty) could be set to leave for a huge opportunity, he prepares to take callous action.

Elsewhere, Patrick Trueman (Rudolph Walker) faces pressure from all sides as he contemplates a decision. Is he set to leave Walford for good?

Scarlett is alarmed to find Zack in the living room after he spent the night with Janine, leaving Kat fuming. Janine talks with Billy – she needs to overhaul her life to get Scarlett back. Meanwhile, Shirley tries again to contact Tina while Nancy and Frankie continue to argue. Later, Frankie is struggling to handle the pub crowd when Janine notices an opportunity. She helps Frankie out and Frankie agrees to give her a trial shift. Sharon is shocked to see her there but Janine loves being back behind the bar.

Bobby tells Peter he’s going to surprise Dana but Peter is annoyed as Dana and Bobby are taking time off work after what happened. Harvey tries to convince Dana to break up with Bobby, but she won’t listen. As Bobby and Dana have breakfast, Iqra reveals that new mosque application has gone through to the next stage. Bobby gives Dana a gift and tells her he loves her. Meanwhile, Harvey finds a letter in Dana’s dressing gown and is not happy with what he sees. Later he confronts Dana about deferring university but she defends her choice. Harvey appeals to Bobby to try and get him to convince Dana to go to university. Bobby reluctantly agrees but it backfires horribly. C/H

Whitney appeals to Jen but is told she had her chance. Upset she blew it, Whitney bumps into Gray who asks her for dinner but Whitney says no, she still thinks about Kush all the time. Posing as Whitney’s manager, Gray tries to get Jen to put Whitney on the line-up for her entertainment industry showcase. Later, Whitney tells Gray that Jen changed her mind, knowing that he is the reason for it. As Whitney softens towards Gray, he convinces her to give them a go but to take it slow.

Sheree asks Patrick if he’ll still go to Trinidad. Lola and Isaac struggle to secure a flat with proof of income due to Isaac’s time off work. Against Isaac’s wishes, Lola tells Patrick and he offers to be their guarantor. Kim pitches her new business idea ‘The Kimfluencer’ to a bewildered Denise and Isaac.

Gray supports Whitney at rehearsals but when Chelsea appears, working behind the bar, things are awkward between herself and Gray. After rehearsal Jen offers Whitney an opportunity on a cruise ship, leaving Gray worried he’ll lose her. He tries to talk Whitney out of it to no avail so he takes matters into his own hands.

Janine tells Scarlett about her new job as Jean heads off to appear in court on drug charges relating to Ruby.

Later, Harvey begs Kat for more work to raise some money so Dana can have the best start at university. Dana watches on, touched that he’s making an effort but later tells him she’s officially deferred Uni and she wants him to accept her decision. Elsewhere, Zack bumps into a gloomy Martin and convinces him to go for a drink, he insists Martin move in with him and Sharon.

Bernie sees Rainie and alarm bells ring after Mick’s accusations that she’s using. Bernie is wary of Rainie but Keegan vows to help his sister get the truth. Keegan confronts Rainie and Stuart but things take a turn and Tiffany has to step in to diffuse the situation. Realising he went too far, Keegan later apologises and Rainie agrees to take a drugs test. Bernie comments that Tiff and Keegan make a good team. Tiff admits to Keegan that her and Vinny pretended to be together as a wind-up.

When Isaac tells Sheree that the school says he can start work again and that he knows she was trying to do what was best for him, she’s left torn. The family plan a housewarming party for Isaac and Lola, leaving Sheree feeling isolated.

Tiffany and Keegan agree to be friends but she gets a letter that he’s frozen their joint account and is fuming. Feeling foolish, she later grabs a drink with Whitney and a bottle of champagne arrives at their table.

After getting advice from his parents, Keegan realises he doesn’t want to let his marriage go. Keegan calls round to see Tiff.

Honey needs someone to take Janet to an important audition but Billy is too busy with work. Wary that Suki has been giving her a hard time at work, Honey asks for time off but Suki gives her the cold shoulder. Digging deep, Honey confronts Suki and blasts her for bullying her just because she didn’t reciprocate the kiss. Suki pretends not to know what she’s talking about. Honey is taken aback.

Sharon knows a solicitor that can help Martin with the divorce. In The Vic, Martin gets a shock when the lawyer badmouths a client’s idiotic ex-husband