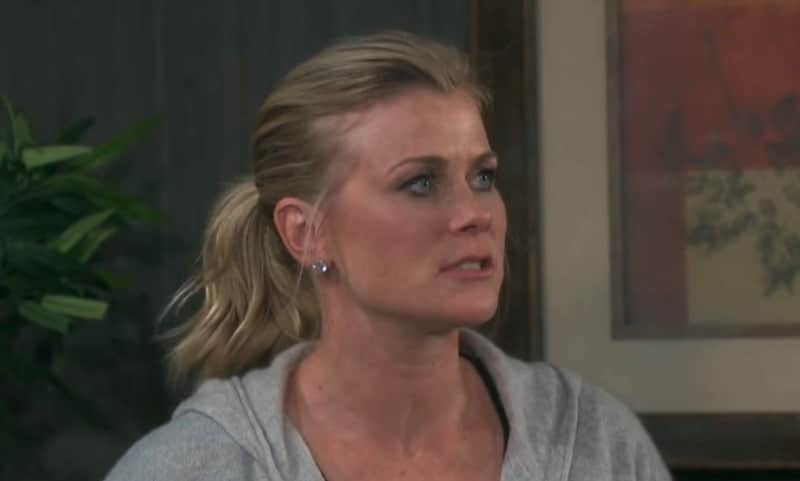 Days of our Lives spoilers for the Monday October 22, 2018 episode of the NBC sudser promise a boatload of action and drama is headed Salem’s way!

The fun train keeps on a rolling as Salem residents confront realities that are beyond belief and their wildest dreams. How will your favorite characters react to the explosive news and shocking reveals? Let’s find out!

Lucas (Bryan Dattilo) is in for a terrible, not good, very bad day when Mimi (Farah Fath) has an attack of conscience about Baby Bon Bon. All this time Lucas has been bonding with the adorable baby that Bonnie (Judi Evans) told him was their love child. In fact, a paternity test proved it.

Oh wait, it was a soapy paternity test! And we all know how accurate those turn out to be!

In fact, Kayla (Mary Beth Evan) said up front that the test was pretty accurate, but still a budget job, when she delivered the results. Well, know we now why you shouldn’t cut corners when it comes to matters of DNA!

Apparently Lucas isn’t the father. Who is? Be sure to tune in and find out!

Elsewhere Sami (Alison Sweeney) has to pick her jaw up off the floor when she finds the hidden mystery patient! Could it be E.J.? Hmm, let’s see. The wheelchair-bound person is behind a door labeled E.D., for Elvis DiMera we assume. And, Kristen (Stacy Haiduk) kept saying “Sami” to the person in an attempt to wake him up. So, yes, let’s assume it is actually Elvis Junior behind door number one!

But in a sick twist of fate, something goes horribly wrong at the warehouse/makeshift hospital wing. Several Salem residents are caught up in an explosive turn of events that will leave lives forever altered. Those lives that remain, that is!

You do not want to miss the riveting events that flow fast and furious after Kristen and Xander’s (Paul Telfer) sicko revenge plan goes horribly wrong next week.

Nicole (Arianne Zucker) is also caught up in the bombshell event, leaving Eric (Greg Vaughan) a blithering mess. Explosive show spoilers reveal that these two may never get the happily ever after they so richly deserve!

Inside Love Island’s boozy afterparty: Laura Whitmore lets her hair down with giddy winners Paige Turley and Finley Tapp before toasting to her debut series…