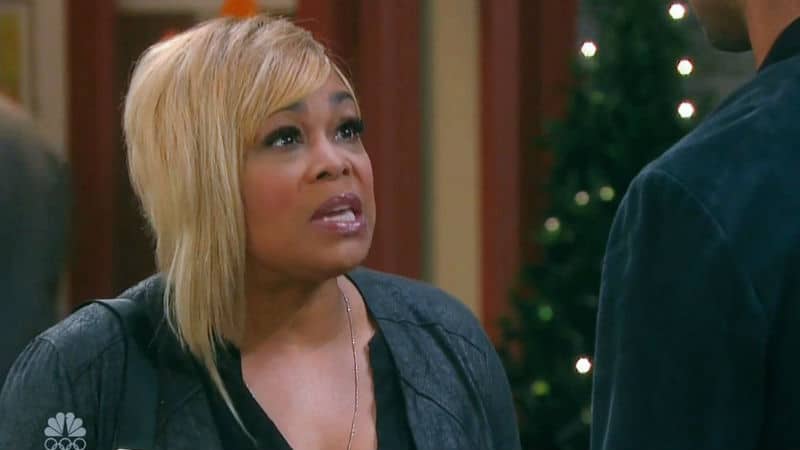 Is the most shocking daytime hookup to ever hit soaps going down on Days of our Lives? It is if a couple of heated meet-ups, plus some juicy speculation, turns out to be the real deal.

Who exactly are we talking about? Sit down, because this couple has the potential to set Salem on fire!

If the soapy writing on the wall means anything, not to mention the sizzle they bring when they’re together, Abe (James Reynolds) is about to meet his match in feisty Sheila (Tionne T-Boz Watkins).

Think about it, today was not the first time these two tangled, but it was just as hot as the first time! Today, for the second time in just a few days, Abe and Sheila had a confrontation. Tell me you didn’t see sparks, and that you don’t see the potential!

Abe was once married to Lexie (Renee Jones), who like Sheila was a younger woman with a colorful past. Sure, Lexie eventually became a respected doctor, but she was the daughter of mobster extraordinaire Stefano DiMera and a notorious psychic. Not exactly the kind of upstanding history that you would associate with the chief of police.

Yet, Abe loved Lexie with all his heart before her tragic death in 2012. Yes, he’s involved with Valerie (Vanessa Williams) but is she really the right woman for him?

Who is to say that he could not be attracted to the sparks and sparkle that Sheila has in bushels? Sure, she’s a petty thug criminal, but she has potential!

For starters, she has a heart of gold. Okay, maybe gold-plated. But, she is a good person deep down, otherwise, Eli (Lamon Archey) would not have been involved with her in the past.

Today, Sheila parked in Abe’s space at the police station where she went to talk to detective Eli. Enraged, the chief had her car towed, and these two got into a hilarious verbal battle before she demanded that he pay to release the car.

Prior to this, these two had a steamy encounter at the pub where he accused the ex-con of stealing his wallet. In her defense, she said she “found” it! Both times, Eli was there to diffuse the situation.

So, it could be that the writers are setting up the exes for another go-round? But, wouldn’t it be much more fun if we had a soaptastic My Fair Lady storyline to root for?

Think about it, kind-hearted and patient Abe would be the perfect man to help wayward, but lovable, Sheila find her way in the world of Salem. And she would certainly keep him on his toes, not to mention make him laugh again, just like Lexie used to do!