Clare Crawley is back home in Sacramento now after filming wrapped on her season of The Bachelorette.

She wrapped up her season after just 12 days as she decided to shut down production. She knew what she wanted- she wanted Dale Moss, the man who had received her first impression rose.

When all of this made headlines in the media, Clare was criticized for not following the rules and labeled “stubborn.” Some fans felt that her decision was disrespectful of the other guys’ time and efforts.

But now, a rumor has surfaced that suggests Clare’s early departure may not have been a surprise. Did production know that she was planning on ditching the show for Dale all along?

Clare Crawley may have told production about Dale Moss early on

Yesterday, stories about Clare started to surface online, especially on Instagram. Reality Steve seemingly confirmed that production knew before they even began the season that Clare would be replaced by Tayshia at some point. 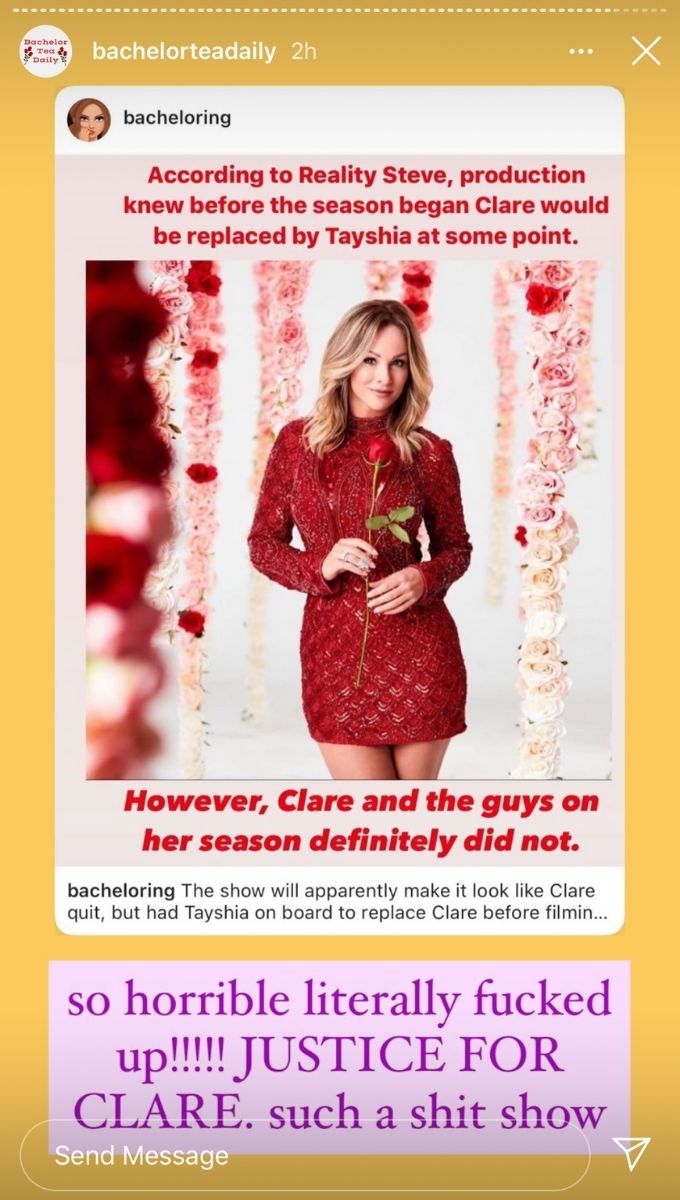 @bachelorteadaily shared this rumor and added that it was dishonest for production to bring on Tayshia without telling Clare about their plans. According to Reality Steve, Clare had no idea that this would be happening.

“Based on the timing of when we heard Tayshia was headed to La Quinta to begin quarantine then film (it was 9 days after Clare’s first night), I can report to you that this was in productions plan before Clare’s season started. They knew Clare would be removed at some point during this season and replaced as the “Bachelorette” by Tayshia,” Reality Steve wrote on his website yesterday.

“Did Clare know? No. Did the guys know? No. But production sure as hell did. So Clare falling for Dale early, something production had a sense would happen due to conversation with Clare pre-show and them knowing she was into him, this was gonna be their ‘twist’ from this season.”

He also added that he can’t prove this theory and the producers would never admit to having Tayshia ready to fill in for Clare when she pulled the plug to be with Dale. 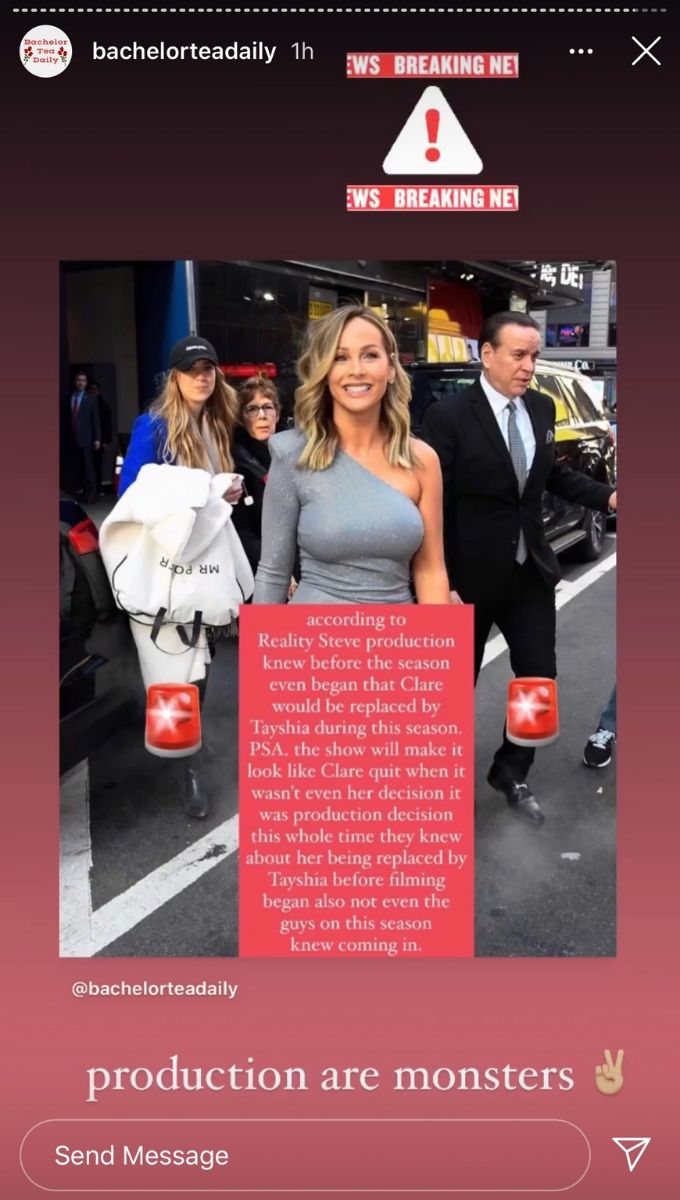 He also added that production will set the stage to make it look like Clare quit the show when she realized that she wanted to be with Dale. Prior to filming, Clare had been vocal about scoping out the guys on Instagram, but no one has been able to prove whether she and Dale talked before the show.

If this is true, did Clare Crawley and Dale meet before the show?

Dale and Clare haven’t addressed rumors that they spoke prior to the show.

Clare’s guys were announced in the early spring and she was excited to film with them and meet them. Before the show, Clare explained that she was ready to get engaged and find a husband.

Dale’s sister spoke about this their supposed romance back in mid-August, explaining that Dale and Clare did not speak prior to the show. Michelle Money, Clare’s close friends, said the same thing, sharing that while Clare had scoped out his Instagram, she had not talked to him prior to the show.

“There was no pre-show relationship, talking, texting, etc between Clare and Dale. Again, I know people will choose to believe what they want to, but that’s what I was told and I believe it to be true,” Reality Steve wrote yesterday on his website.

Hopefully, Clare and Dale will answer all questions on the upcoming After The Final Rose special.

The Bachelorette premieres Tuesday, October 13 at 8/7c on ABC.