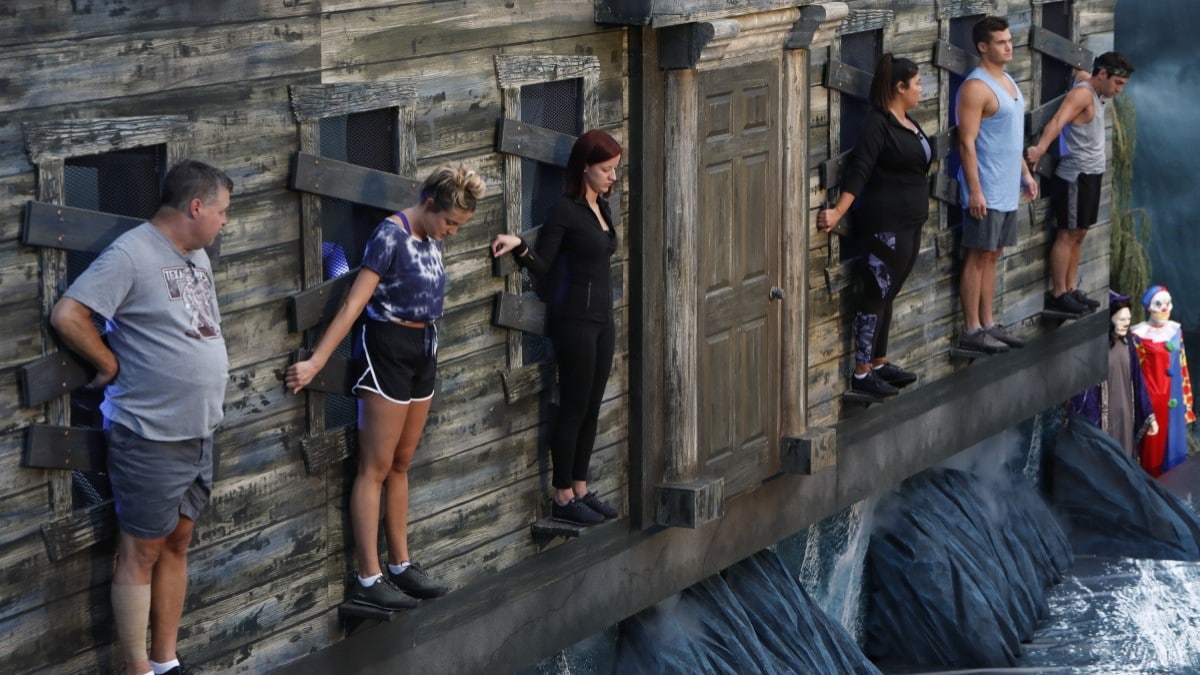 Big Brother spoilers from the live feeds reveal the HOHs plans and who they are targeting for eviction. It may surprise some readers and CBS viewers that one BB21 cast member is about to avoid the block.

Late Thursday night, six houseguests took part in another Endurance Challenge. This one decided who would be the Head of Household for the final seven. They perched on the side of a wall in a familiar competition.

It was Jackson Michie who ended up winning the HOH. This decision is the second time in three weeks that he won the power and it follows Holly Allen being in charge of the game last week. That’s one powerful showmance.

Almost immediately, Jackson was sharing his plans for the upcoming week. However, he told some of the houseguests a different version of the story. It looks like Jackson is playing the long game now.

Big Brother spoilers: Who is Jackson going to nominate?

Jackson and Holly met with Cliff Hogg and Nicole Anthony after the Endurance Challenge came to an end. They basically confirmed that their final four deal is still in place.

That’s great news for Cliff and Nicole, as they don’t hold a lot of power outside of their ability to vote in eviction ceremonies.

This point is where the eviction plan started to formulate. Jackson indicated that he wants to get Christie Murphy out of the house this week.

It’s part of a two-week plan that Holly began sharing last week. To do it, Jessica Milagros would go on the block next to Christie.

When he spoke with Christie, he shared with her the idea of her being a pawn this week. She didn’t like it, again, despite giving her word to Holly and Jackson last week that she would be willing to do it every week.

Another important conversation was between Jackson and Holly, where he stated that if Jessica were the one to get evicted, they could float to the power next week and team up with either Christie and Tommy or Cliff and Nicole. He appears to be trying to play all the angles.

These are pretty important Big Brother spoilers from Thursday evening, but not the end of it. Cliff also volunteered to replace Jessica on the block if she wins the Power of Veto.

He said that he wouldn’t mind being a pawn. It’s dangerous at this point of the summer 2019 season to just volunteer for that role, though.

The Nomination Ceremony will take place at some point on Friday (August 30), where we will all learn what Jackson Michie officially decided to do with his HOH power.

That will lead to more Big Brother spoilers popping up on the live feeds.