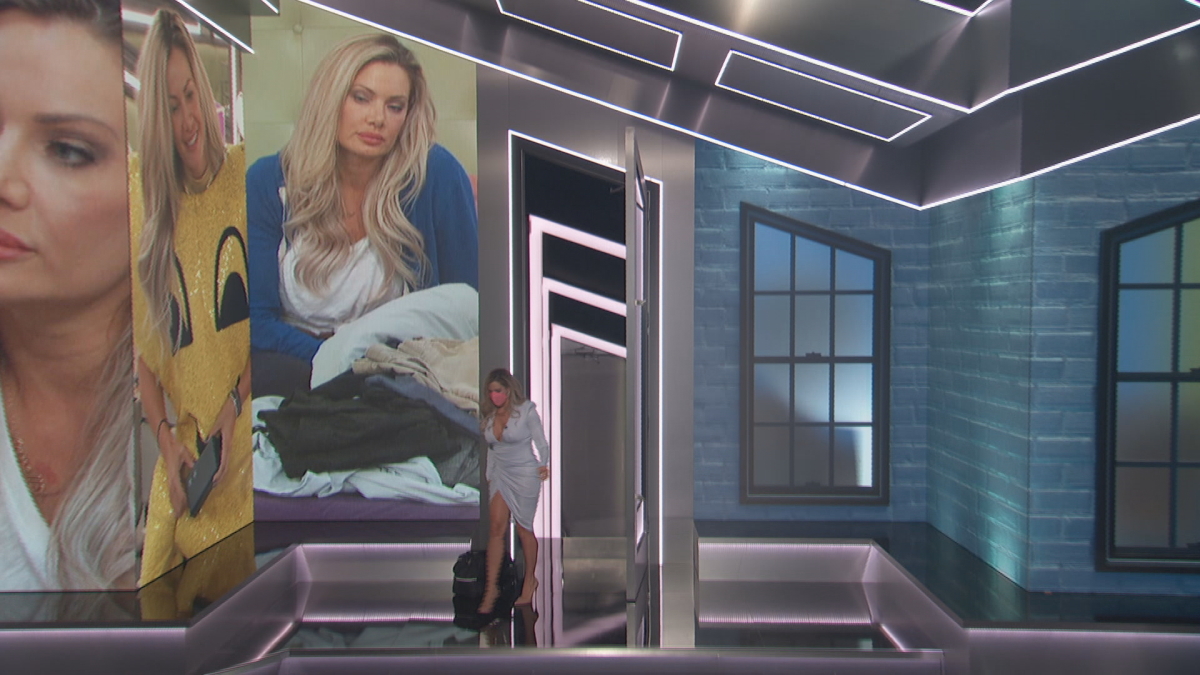 Big Brother news from the past week includes action from inside of the house with the BB22 cast and from social media, where former houseguests continue to talk about the All-Stars.

Inside the house, we have a new Head of Household, new Have-Nots, and even a Power of Veto winner for Week 4. Quite a few B22 spoilers are revealed below about all of that.

Outside of the house, Nicole Anthony is asking for help, Janelle Pierzina is doing interviews, and Evel Dick Donato is finding hard to root for his daughter (Daniele Donato) this season.

The August 27 episode of the show came to an end without the HOH Competition getting finished. On the live feeds, it was later revealed that Enzo Palumbo won.

During the episode, Janelle Pierzina was evicted by a vote of 9-2 and she became the third person to be sent home from the cast.

Janelle met with host Julie Chen Moonves and that exit interview is shared below:

Following the Eviction Ceremony, there were a lot of questions on social media about why Enzo and Dani voted to evict Kaysar Ridha. Through most of Friday, they tried to shift the blame from those votes. As Dani lied about it, she was confronted by a houseguest who had figured her out.

After the HOH was decided, the Have-Nots were named. They are Dani, Tyler Crispen, and Da’Vonne Rogers this week.

At the Nomination Ceremony, Enzo put Kaysar and Kevin Campbell on the block. Kevin was told that he was just a pawn and Enzo told all of his alliance(s) members that the target for the week was Kaysar.

Kaysar, Kevin, and Enzo were joined by David Alexander, Bayleigh Dayton, and Tyler Crispen in the Veto Competition. It was another late-night battle for the Power of Veto, with Kevin emerging as the winner.

Kevin is going to use the POV to save himself from the block on Monday, forcing Enzo to come up with a replacement nominee. He still wants Kaysar out and now he has a volunteer to be a pawn on the block.

Big Brother news from outside of the house

Starting with the negative stuff, Big Brother 20 cast members Chris Williams (Swaggy C) and Bayleigh Dayton were the victims of racial attacks on social media. Luckily, a number of fans and former houseguests came to their defense.

Big Brother 8 winner Evel Dick Donato wrote about how he has having a tough time rooting for his daughter this summer. He had previously stated that he didn’t understand the gameplay that she was using that involved constantly lying to everyone in the house despite not needing to make up stories.

Natalie Negrotti from Big Brother 18 also took to social media and said that she regretted voting for Nicole Franzel as the winner. Had she voted for Paul Abrahamian instead, Paul would have been the BB18 winner.

After her time in the game, Nicole Anthony has been pretty active outside of the house. She even took the time to address fans of the show and asked for their feedback about her time on BB22.

And then there is Janelle Pierzina. She was just voted out of the game but she is as popular as ever on social media. She addressed Nicole F. talking about her wedding in that goodbye message and also said that she would like to be on Survivor.

In a mixture of inside the house and outside of the house news, Christmas Abbott tweeted a teaser about BB22. She said that there is a twist coming and it could be fun to see what she was hinting at in the social media post.