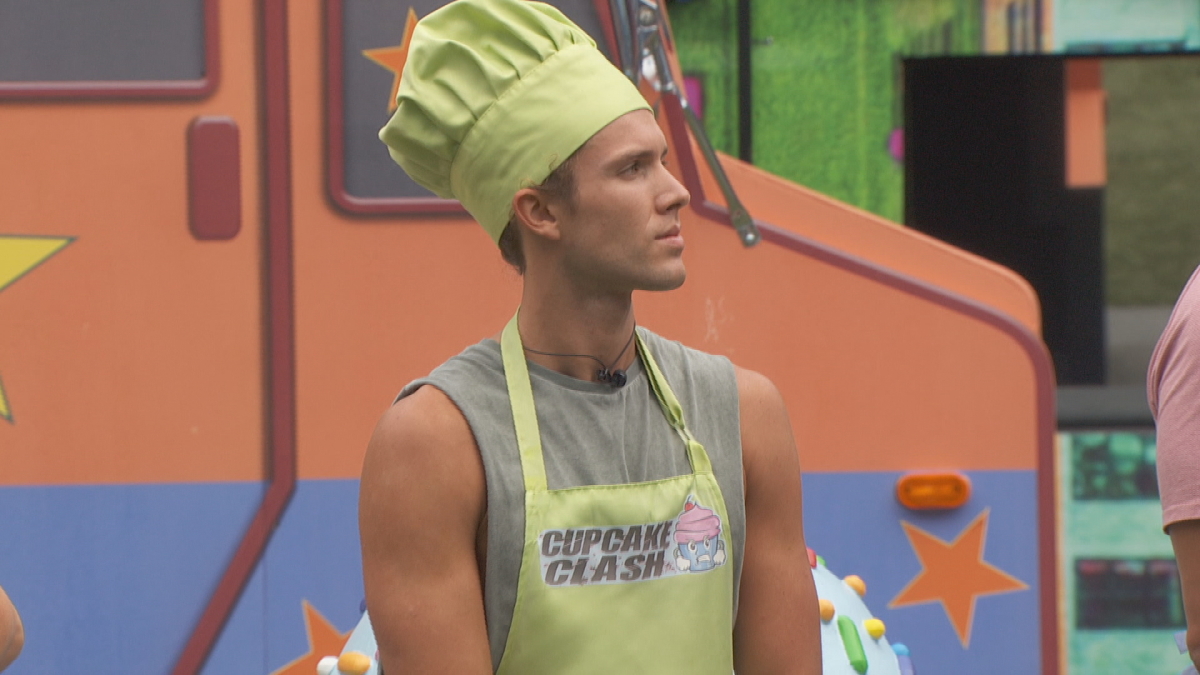 Big Brother 22 spoilers point to Tyler Crispen having some huge hurdles ahead. It was a rough night in the house for Tyler, made even worse by David Alexander revealing that he had spilled secrets to Da’Vonne Rogers and Bayleigh Dayton.

Da’Vonne and Bayleigh had been working on David for a while, but late Tuesday night they finally got him to open up about what has been going down this summer.

David told Bayleigh and Da’Vonne a bunch of secrets. David first told them that Janelle Pierzina said Da’Vonne tried to flip the vote on him last week. The problem with his story, though, was that Janelle didn’t say that. He heard it second-hand.

Then, David said that he confirmed the story with Cody Calafiore and Tyler Crispen. David was basically telling the women that his source of information was Cody and Tyler. Oops.

The conversation continued, but it ended with David and Da’Vonne going to other houseguests to spread the story like a wildfire as they tried to get pieces of it confirmed by other people. Double oops.

Later, David returned to tell Da’Vonne that it was Kaysar who was spreading the information and not Janelle. That lie may have cost David any trust that Da’Vonne had in him.

David tells Tyler that he outed him

Where these Big Brother 22 spoilers from the overnight hours got really interesting was when David went to the HOH Room to tell Tyler that he had divulged the classified information.

Tyler knew exactly what it meant right away – he had lost Da’Vonne’s trust and it might be impossible to regain it anytime soon.

Meanwhile, Kevin Campbell lied and said Kaysar Ridha made up the whole story about flipping the vote. Da’Vonne approached Janelle about possibly revealing that secret meeting to save Nicole Anthony. Of course, Janelle wasn’t the one who did it and she told Da’Vonne that.

Back up in the HOH Room, Tyler expressed his disappointment in David for what he had done, with the pair commiserating for a while.

Tyler speaks to the Big Brother cameras about regrets

Once he was alone in the HOH Room, Tyler had a lot to say about what had just taken place. He took shots at the BB All-Stars cast that the producers had put together, he stated that he might get evicted before the BB22 jury even forms, and he also partially formulated a plan to blame everything on Kaysar next week.

Tyler also noted that he needed to target Da’Vonne and get her evicted before she could do too much damage to him in the game. That’s definitely something that would work for the Nicole Franzel and Dani Donato plan where they want to get three more women out of the house in successive weeks.

Take a look at the video below where Tyler pines for Angela Rummans and shares his bitterness about what David did.

One of the most notable things that Tyler talked to himself about in the HOH Room was the regret of making sure that Janelle gets evicted this week.

Tyler said, “It’s okay, I didn’t want to go to jury anyway. I’m playing an absolutely atrocious game right now. Get Janelle out? What!? She’s a huge target to keep with me in the house.”

He’s right. He didn’t need to target Janelle and Kaysar this week. Tyler could have gone after a bigger target and not just someone sitting outside of the primary alliances. It may be too late to backtrack now, though.

Did David just ruin Tyler’s game? It’s going to be interesting to see the fallout from all of this when the Big Brother house is hoping again in the morning. What happens when Cody and the rest of the Week 3 Have-Not crew learns the news?

Earlier in the night, Christmas came to Tyler to talk about becoming the “new Janelle” and didn’t get the answer she was looking for from him. Could a story like this one getting out weaken their alliance if Bayleigh and Da’Vonne actually do work to flip the house soon?