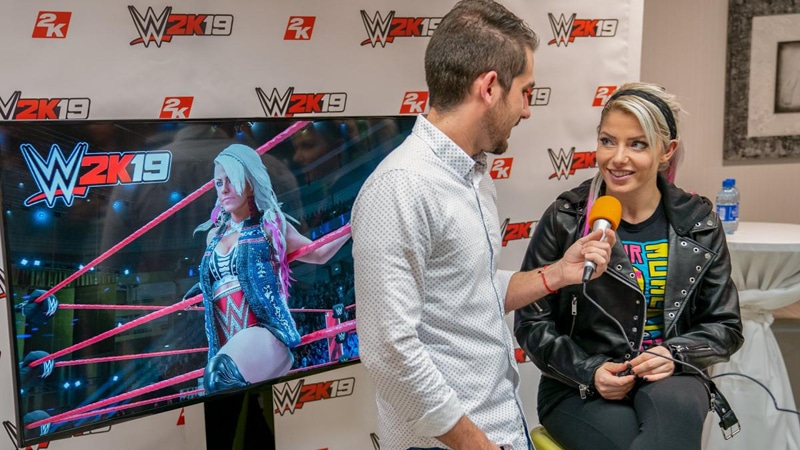 Alexa Bliss was supposed to compete in a tag team match with Mickie James against Trish Stratus and Lita at WWE Evolution but pulled out due to an injury.

The injury occurred in a match at a live house show where she was kicked in the head and suffered a concussion.

However, Bliss has not returned yet weeks later and won’t be back at the Survivor Series pay-per-view, where she will instead serve as the team captain of the Monday Night Raw team in a managerial type role.

Now, Dave Meltzer announced on Wrestling Observer Radio that the missed time is due to more than just the one concussion.

Meltzer said that Bliss had suffered multiple concussions in a small period of time. The multiple head injuries are why the WWE has not cleared her to return to action yet.

Remember, the WWE forced Daniel Bryan to retire after he suffered numerous concussions and incurred brain damage as a result. Bryan then underwent alternative medical treatment that succeeded in healing his brain and he has since returned.

It is not thought that Bliss has anywhere near the level of brain injury that Daniel Bryan had but concussions are very serious and the WWE will not risk the future of the former women’s champion.

There have been rumors of Alexa Bliss retiring due to the concussions but she made it clear yesterday that will not happen.

With that said, Alexa Bliss is remaining on camera and working WWE events but not as an active wrestler at this time. There is no timeline set for her return to the ring.