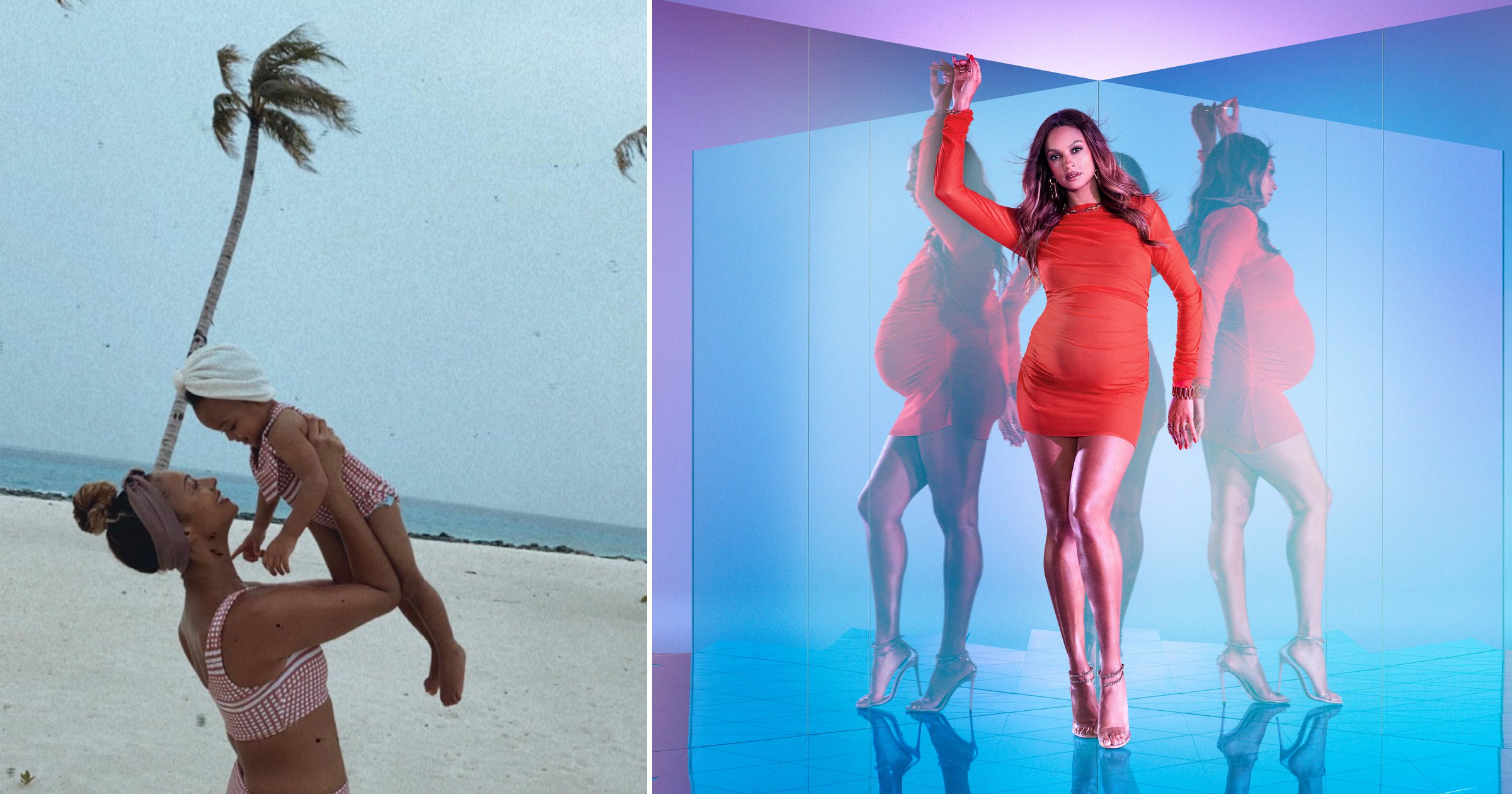 Alesha Dixon has revealed she was left in tears while filming The Greatest Dancer after struggling with her mental health.

The singer, 42, went into filming while pregnant and admitted she found it ‘overwhelming’ trying to juggle everything while waiting to give birth to her second child Anaya, now two.

She told The Sun: ‘I was filming The Greatest Dancer in high heels right up until I was eight months pregnant.

‘I was working hard and looking after another child at the same time. It was overwhelming and I would have moments when I felt really down and was really struggling but didn’t really know why.

‘I think a lot of women can relate to locking themselves in the bathroom and having a little cry.’

The Greatest Dancer had also featured Cheryl and Oti Mabuse but was cancelled after just two series.

Alesha, who also shares Azura, seven, with husband Azuka Ononye, revealed that she struggled with her emotions while pregnant.

She explained: ‘It can be really confusing being pregnant, because on the one hand you are joyful, excited and happy to be having a baby, but then your hormones and your emotions are saying the opposite.

‘It’s like you don’t have control of your emotions and feelings, which can be scary.’

She believes ‘only women in that situation will really understand’ what that is like, but hopes that by speaking out about her own mental health battles, it will help to end the stigma others might feel about talking about it.

Alesha addresses her feelings in her new song War, adding: ‘There is so much talk about regarding mental health at the moment and so many people are being transparent about what they are going through, it just felt like the perfect time to put out this song.

‘We need to end the stigma because we are all connected to mental health issues and we can all relate.

If you’ve got a celebrity story, video or pictures get in touch with the Metro.co.uk entertainment team by emailing us [email protected]metro.co.uk, calling 020 3615 2145 or by visiting our Submit Stuff page – we’d love to hear from you.