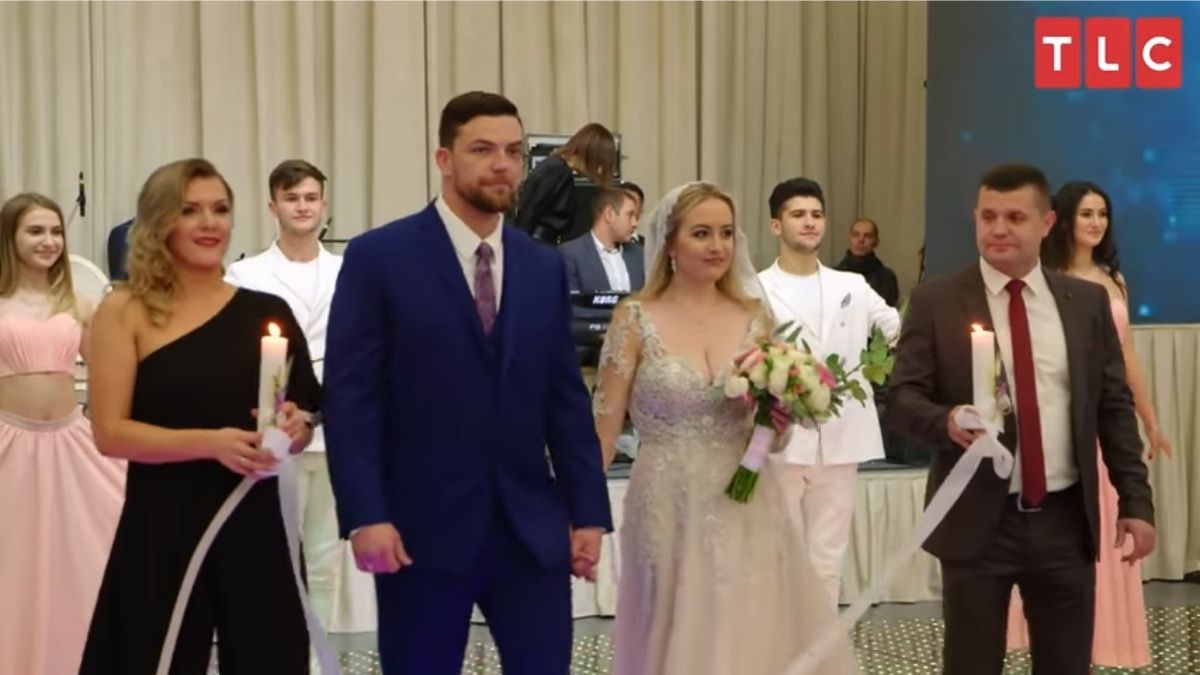 Elizabeth “Libby” Potthast Castravet and her husband, Andrei Castravet, have had a tough road to their second wedding on the latest season of 90 Day Fiance: Happily Ever After? And while the event was glamourous, it certainly didn’t go down without its fair share of drama.

The couple first tied the knot in Florida back in 2017. At the time, Andrei’s family was unable to make it to the celebration. Shortly after, it was decided that when the time was right, the couple would host a second wedding in Andrei’s home country of Moldova.

There has been ongoing drama between Andrei and Elizabeth’s family for the majority of the couple’s time with the 90 Day Fiance franchise, and this most recent season is no exception.

Elizabeth’s family had a hard time coming to terms with all the aspects of the couple’s second wedding. It started with Andrei’s announcement that the wedding was going to be held in Moldova within a few short months. This sent waves through the family as a few of the couples within Elizabeth’s family had small children who they weren’t willing to travel with, which truly upset her.

To make matters worse, Elizabeth’s family then found out that she and Andrei had approached her father, Chuck, to pay for the upcoming wedding as well, to which he agreed.

Needless to say, the families were on different pages going into the Moldovan trip.

During a celebration dinner shortly after their arrival in Moldova, Elizabeth’s brother, Charlie, and dad, Chuck, seized the opportunity to interrogate Andrei’s family and friends about his past. They questioned why he had decided to leave Moldova and accused him of having ulterior motives for marrying Elizabeth.

The dinner quickly escalated into a near-physical altercation between Andrei and Charlie that ended with Andrei telling both Charlie and Chuck to pack their bags and go home.

The next day, after having a chance to sleep it off, Elizabeth told Andrei that if he wanted to make this wedding happen he would have to apologize and make amends with her family.

Andrei later met with both Chuck and Charlie in an attempt to smooth the waters. And while it was clear that the apologies were insincere, especially the apology Andrei made to Charlie, they all walked away in agreement that they would start fresh.

It became clear throughout the Moldovan trip that Charlie’s grudge against Andrei was about more than his secretive past.

After the couple’s church ceremony, the guests made their way over to the reception hall. This is where Elizabeth’s family got their first glimpse at just how much money their dad had invested.

During his confessional with producers, and after downing a few alcoholic beverages, Charlie finally expressed his true frustrations with the situation.

“I think the wedding was expensive. And it’s like, my dad has like seven kids,” he shared. “Did you do this for every other kid? No, you didn’t.”

Charlie then goes on to question why his father would do this for Andrei of all people.

As the night and celebration continued, Charlie got drunker and refused to eat any of the food prepared for the wedding. When it was finally time to give speeches to Andrei and Elizabeth, Charlier didn’t miss his opportunity to take drunken jabs at Andrei.

Chuck had just finished his kind toast to the couple when Charlie interrupted, took the microphone, and began to slam Andrei in front of all the wedding guests. He starts by telling Andrei that he needs to get his “s**t together” and that Andrei can’t come to America and try to live off of his dad.

He closes his toast by boldly stating, “Don’t ask my dad for s**t, ok? Come to America and earn your s**t.”

Finally, Chuck manages to take the microphone away from his son and tells him, “It’s over.”

Fans were shocked by Charlie’s outburst

When Charlie took to Instagram to post a family snap, 90 Day Fiance fans flooded the comments with their opinions on the situation.

“I might come off as an ass on the show but I love my family. All families have drama and nobody is perfect. we had a great time celebrating my dad today,” he captioned the post.

Fans were polarized in the comments with some coming to Charlie’s defense.

“You said the right thing,” said one user. “They need to get out of your father’s wallet.”

Others, however, are sick of the family’s drama and found Charlie’s behavior to be rude, saying, “You should be ashamed of yourself! Your behavior at (the) wedding was beyond disrespectful!”

Thankfully, much of Andrei’s family, including his parents, doesn’t speak English and weren’t able to understand what Charlie was saying. However, it’s clear this fight is far from over.