Android is officially the most popular operating in the world and it’s not hard to see why. With a vast number of manufacturers making Android-powered phones there’s a device to suit all tastes and budgets. Then there’s the fact that’s it’s way more customisable due to its more open platform and, for some, that makes it far more attractive than Apple’s locked down iOS software.

However, despite Android’s popularity, there has always been a glaring problem as so many users are often left unable to get the very latest version of this software.

With so many different firm’s making hundreds of smartphones – along with adding their own twist to Android itself – it can often take months for updates to be pushed out. That’s if they ever arrive at all.

This issue has left Android hugely fragmented with millions of devices across the world running ageing and out of date software.

Luckily, it seems Google might finally be getting a grip of the situation with the firm’s latest update revealing Android 10 (the latest version of its software) seeing the highest ever adoption rate. 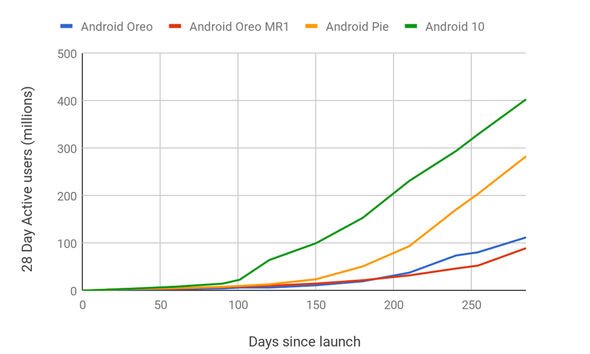 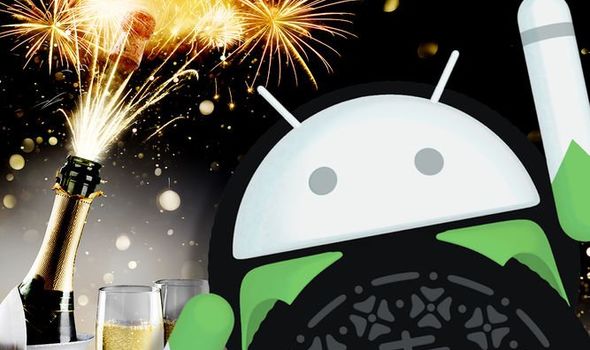 Explaining more in a post on its blog, Google said: “Over the past few years we’ve introduced new capabilities that enable us to deliver updates more uniformly, quickly, and efficiently to Android devices.

“Thanks to these efforts, the adoption of Android 10 has been faster than any previous versions of Android. Android 10 was running on 100 million devices 5 months post launch – 28% faster than Android Pie.”

“We’re excited by the increased adoption of Android and are grateful for the close collaborations with our chipset and OEM partners to deploy updates earlier. We continue to work on a number of enhancements in the platform and infrastructure to make it easier for developers and users to benefit from the latest versions of Android.”

Android 10’s adoption rate looks even better when you compare it to Android Oreo which was first released in 2017.

That OS was running on around 10 million devices five months after launch and only just crept over the 100 million mark around a year after it was released.

A chart released by Google shows Android 10 is now installed on 400 million devices which eclipses every previous version of the software.

Before Android fans get too excited it’s worth checking out Apple’s latest stats.

Latest stats confirm that over 80 percent of Apple iPhones are now running iOS 13 – the firm’s most recent OS. In fact, Apple says that figure rises to over 90 percent for all devices under two years old.