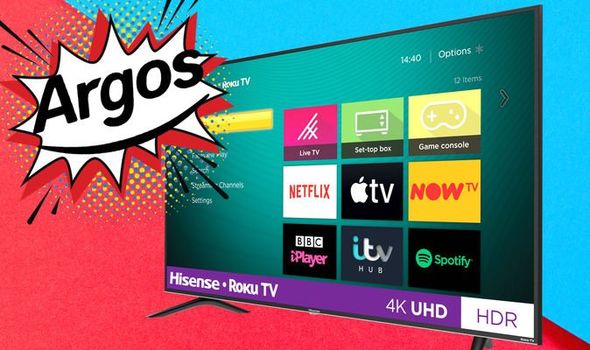 As millions of people stay home to work, study and relax, it’s the perfect time to upgrade the gogglebox. And thankfully, Roku has launched a series of Smart TV deals that could provide the perfect answer.

Argos has slashed up to £200 off the Roku-powered 4K TV range, which ship in 43-inch to 65-inch screen sizes. Designed and built by popular Chinese brand Hisense, Roku – better known for its streaming dongles that rival the likes of the Chromecast and Amazon Fire TV Stick – provides all of the software that powers the 4K TV.

That brings a number of advantages. Roku has one of the biggest libraries of streaming services and video on-demand apps. Disney+, Netflix, Amazon Prime Video, Apple TV+, YouTube are a handful of the more than 8,000 apps – known as “Channels” in Roku speak – available directly within the Smart TV software.

Unlike some rival sets, there will be no need to buy a separate set-top box or HDMI streaming dongle to get access to your favourite boxset to binge. 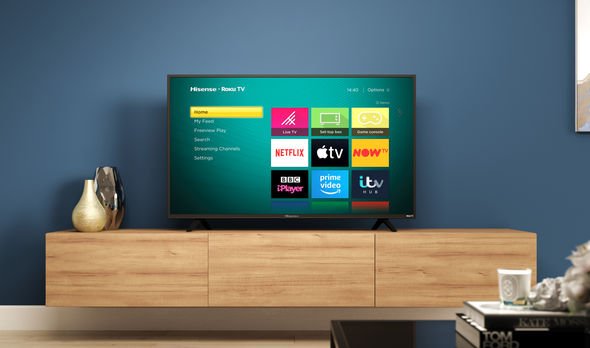 And that’s not even the best part. The recently-launched Roku Channel will be available in the Smart TV software. Unlike rival streaming services, Roku Channel sets itself apart by being completely free. Yes, that means you’ll be able to start streaming Hollywood blockbusters and television series without paying a penny. Better yet, Roku won’t even force you to sign-up with an account to get access to the hours of entertainment available on the Roku Channel.

Roku is using advertising to fund the channel and make sure there’s a constant rotating library of content for viewers to binge.

At launch, Roku Channel includes more than 10,000 free movies, documentaries, and television episodes. The movies will be available for a limited time, with Roku refreshing the selection regularly. TV shows will be available for longer than movies – to give viewers a chance to catch every episode before the title leaves the service.

A number of rival services, including Netflix and Amazon, use the same approach to keep the content library feeling fresh. Apple TV+ is different since it only includes shows commissioned by Apple itself – there are no licensed shows or movies.

Roku Channel will include the likes of shows such as Homes Under the Hammer, The Commander, Ultimate Force, Fifth Gear, Skins and Britain’s Best Bakery, alongside Hollywood hits such as Get Carter, The Wicker Man and Les Miserables.

The Hisense Roku Smart TVs not only boast an Ultra HD resolution, but also supports High Dynamic Range (HDR) content. The current deal, which is available from June 17 and June 30, can be bought from Argos stores across the UK.