SACRED answered William Haggas’s prayers in the Hungerford Stakes as the trainer banged in a Group race treble in the space of forty minutes.

His lightning quick filly stole the show at Newbury while Cloudy Dawn and Dubai Honour swooped across the Channel in France. 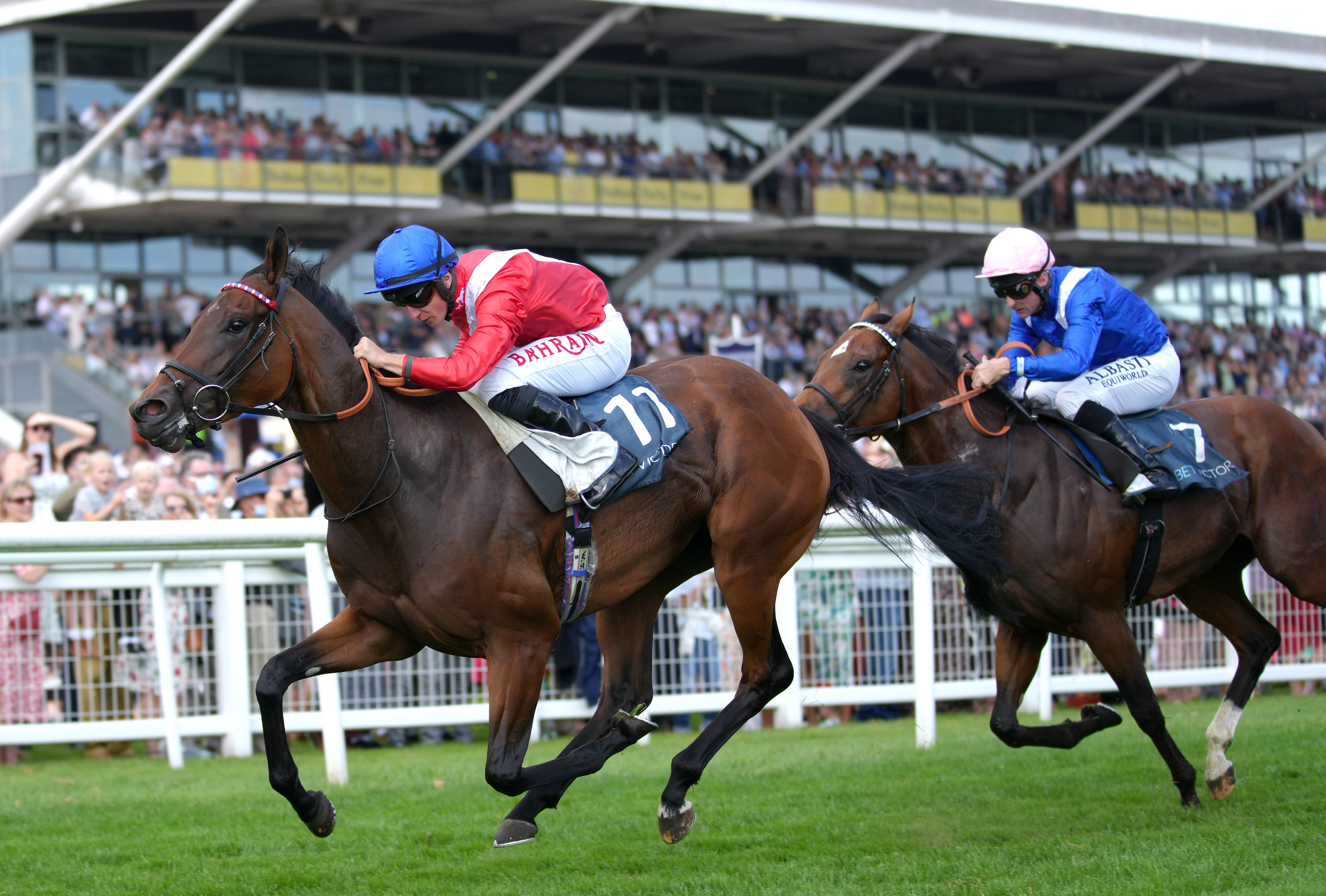 And with Haggas’s favourite Festival around the corner in York, the Newmarket handler could not be in better form.

Cloudy Dawn got the team on the board in the Group 3 Prix de Lieurey before Dubai Honour brought up number two in the feature.

Just ten minutes later headline act Sacred brought up the hat-trick as she poured it on at Newbury.

Maureen Haggas, wife and assistant to William, said: “It’s been some afternoon hasn’t it! We had one at Doncaster too!

“I’m so glad for the team at home, days like this are what it’s all about.

“William loves York too and we’ll have loads going there so it’s great to be going there in this form.”

After a heavy defeat in the 1000 Guineas in May, Sacred has been tucked away at home without a run.

However she returned in tip-top shape as she scooted clear from Laneqash by a cosy length at 6-1.

Haggis added: “I’m so pleased she’s done that as she’s been showing us at home just how good she is.

“The Guineas was a bit of a non-event so to get her to do that is what we’d hoped.

“She needs good ground and there aren’t heaps of races that jump out at you but something like the Breeders’ Cup makes sense.

“But it’s not up to me but I know there are talks about bringing her back next season too.”

Trainer Owen Burrows was forced to rule Danyah out of the Hungerford but star stayer Hukum quickly put a smile back on his face.

His four-year-old hardly broke sweat as he won the Group 3 Geoffrey Freer for the second year on the spin.

Burrows has his passport packed with eyes on trips to France at the end of the month before a possible tilt at the Breeders’ Cup or even Hong Kong.