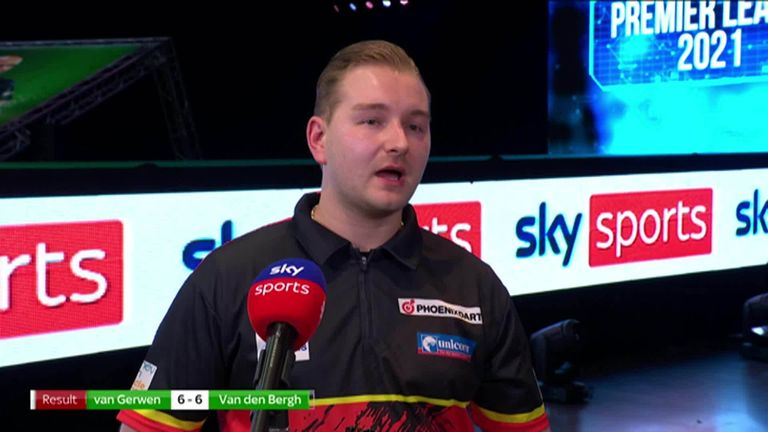 Premier League debutant Dimitri Van den Bergh says he is out to make the most of his opportunity in this year’s event after holding five-time winner Michael Van Gerwen to a draw on opening night.

World Matchplay champion Van den Bergh came close to claiming the scalp of Van Gerwen, but had to settle with a point after the Dutchman hit a 101 checkout to end the contest 6-6.

Van den Bergh, who appeared as a Premier League Contender in Rotterdam in 2019, landed an eye-catching 164 checkout in the third leg. 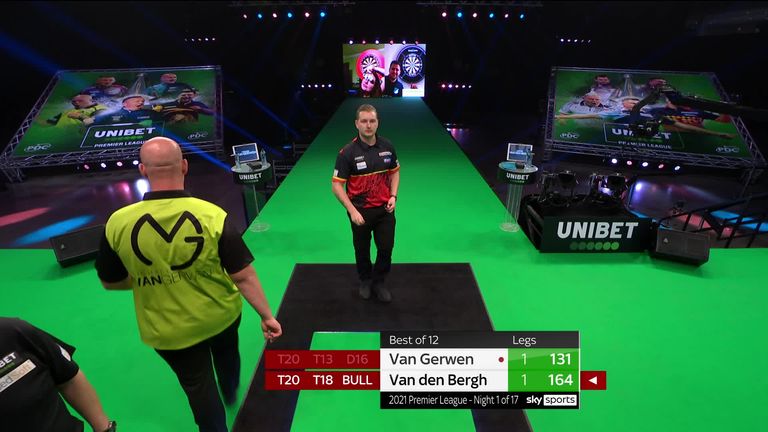 The confident young Belgian took the game to three-time world champion Van Gerwen, but the world No 2 showed he was up to the task with his only ton-plus checkout of the match with his final three darts.

“I’m happy with a point against Michael, his record in this competition speaks for itself,” said Van den Bergh.

“My preparation for this even hasn’t been the smoothest with recovering from my knee operation and relocating to England, but I’m a battler, I never give up.

“It is a privilege to be playing in the Premier League. It is something I have dreamed of for years and I want to make the most of this opportunity.”

The opening nine nights will see the 10 players face each other once in the round-robin phase. The bottom two players will be eliminated on Judgement Night.

The second phase will see the remaining eight players play each other once.

The top four in the table will face off in semi-finals and a final on the last night to decide a winner. 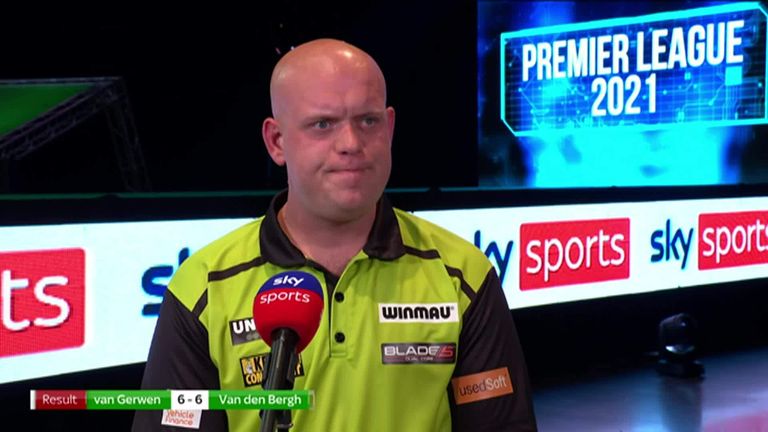 Meanwhile, Van Gerwen – who endured a difficult 2020 season which saw him miss out on the Play-Offs for the first time – remained positive following the result.

“You can never be happy with a point,” Van Gerwen told Sky Sports. “Overall I can’t be too unhappy with my game – I played OK I think.

“I feel good and I want to do even more tomorrow. I always try to aim for the best and it’s not always possible.”

Watch full coverage of every night of the Premier League on Sky Sports, and stick with us through the year as we bring you the latest darts news on skysports.com/darts, our app for mobile devices and our Twitter account @skysportsdarts