BORUSSIA Dortmund defender Mats Hummels has not held back after his bizarre sending off against Ajax in the Champions League.

The German centre-back has blasted Brit referee Michael Oliver for an 'absurdly bad decision' that even Ajax man Antony even admitted was not a red card. 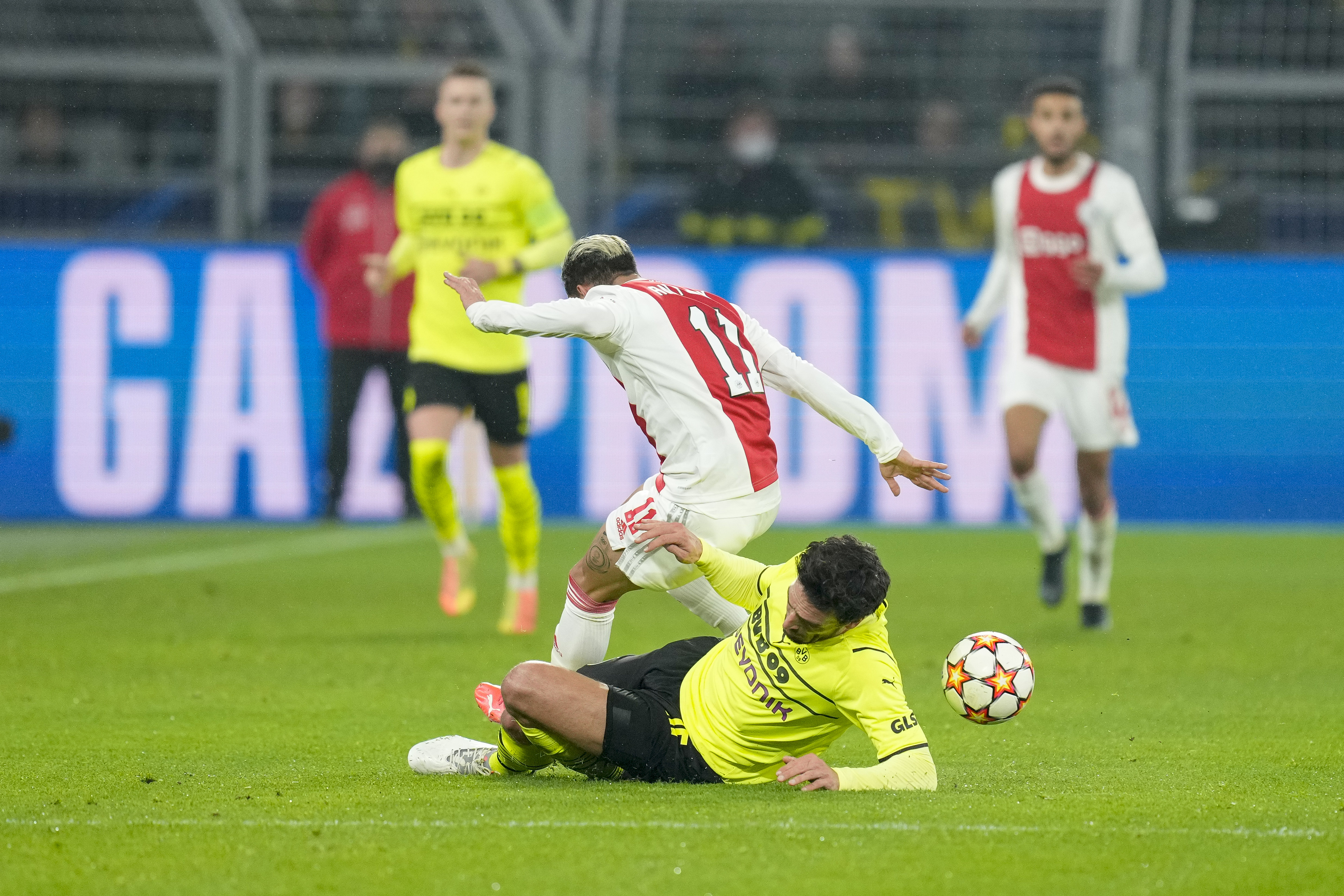 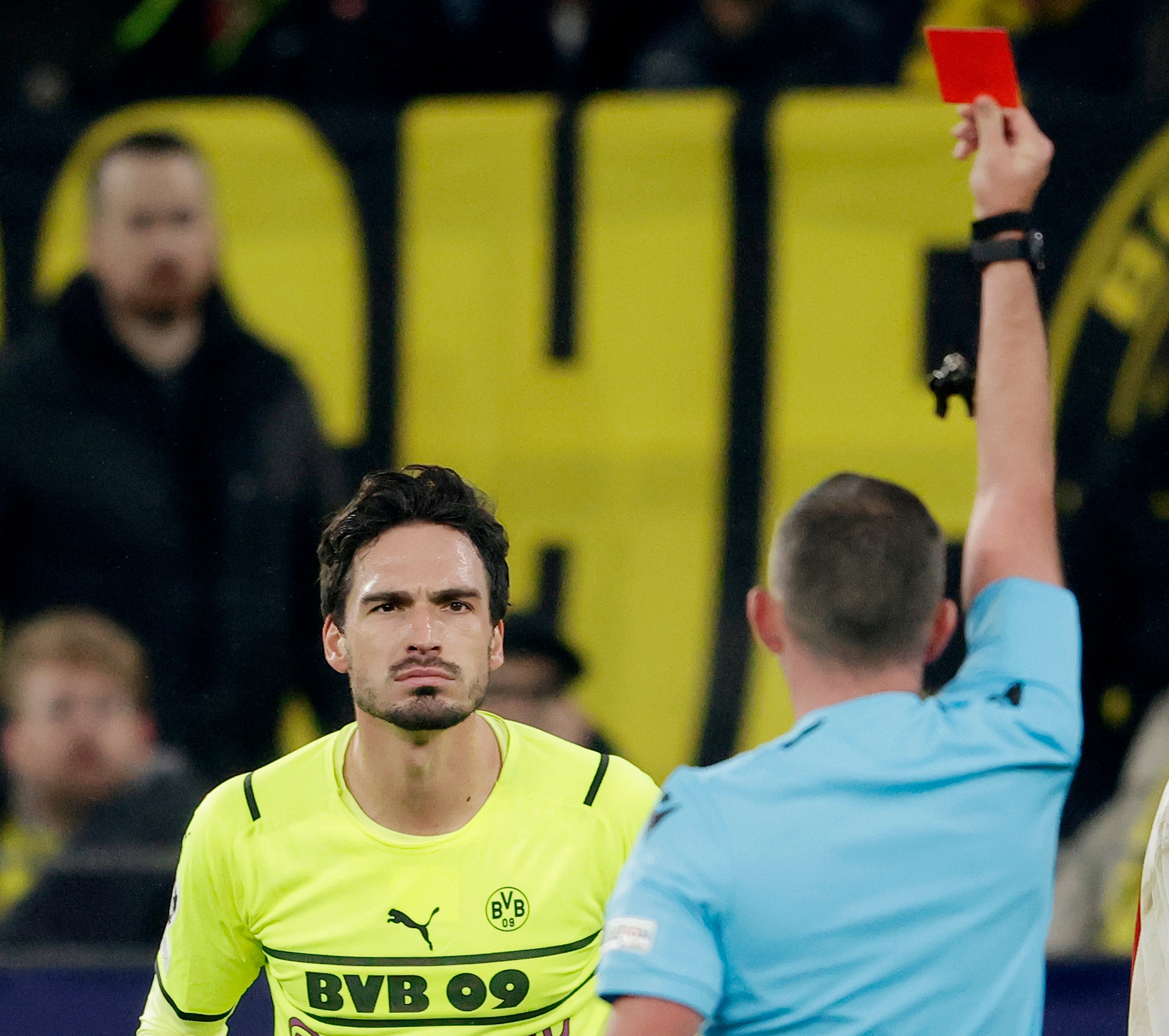 Hummels was sent off in the 29th minute after a seemingly innocuous sliding challenge on winger Antony.

But as the Ajax man fell to the ground and rolled around on the floor, Oliver showed the barely believing Hummels a red card.

And the centre-back fumed to DAZN: "I have no idea how you can give a red card there.

"I stayed on the pitch. When he showed me the red card, I was in disbelief. That was an absurdly bad decision.

"You shouldn't ignore the diving of my opponent. It's grossly unsportsmanlike conduct.

"He [Antony] came to me and said himself that it was not a red card.

"This is a farce, this is ridiculous. He's a super footballer, but he still needs to learn how to be a sportsman."

Despite Antony's admission the 32-year-old defender has been harsh in his criticism of the Brazilian youngster.

Hummels was sent off in the 29th minute and despite taking the lead eight minutes later, the German giants went on to lose the game 3-1.

Dortmund's Twitter account reacted to the decision by posting a number of question marks – as if they could not believe what they were seeing.

But Oliver – who consulted fellow Brit on VAR Stuart Atwell – was certain in his decision and Dortmund were reduced to ten men.

It leaves Dortmund second in Group C, level on points with Sporting and in real danger of not qualifying for the knockout stages.

Ajax meanwhile are already through after four wins from four – including impressive 4-0 and 3-1 wins against Dortmund.

Hummels will now serve a one game suspension, while star man Erling Haaland is likely to be out until Christmas with injury.

It means the Germans face dropping down into the Europa League if Sporting better their results in the final two group games.

And their next tie?