A FOOTBALL match in Jamaica was abandoned after two players were horrifyingly struck by lightning and rushed to the hospital.

Wolmer's Boys' School were in action against Jamaica College at the Stadium East field in Kingston when the footballers collapsed. 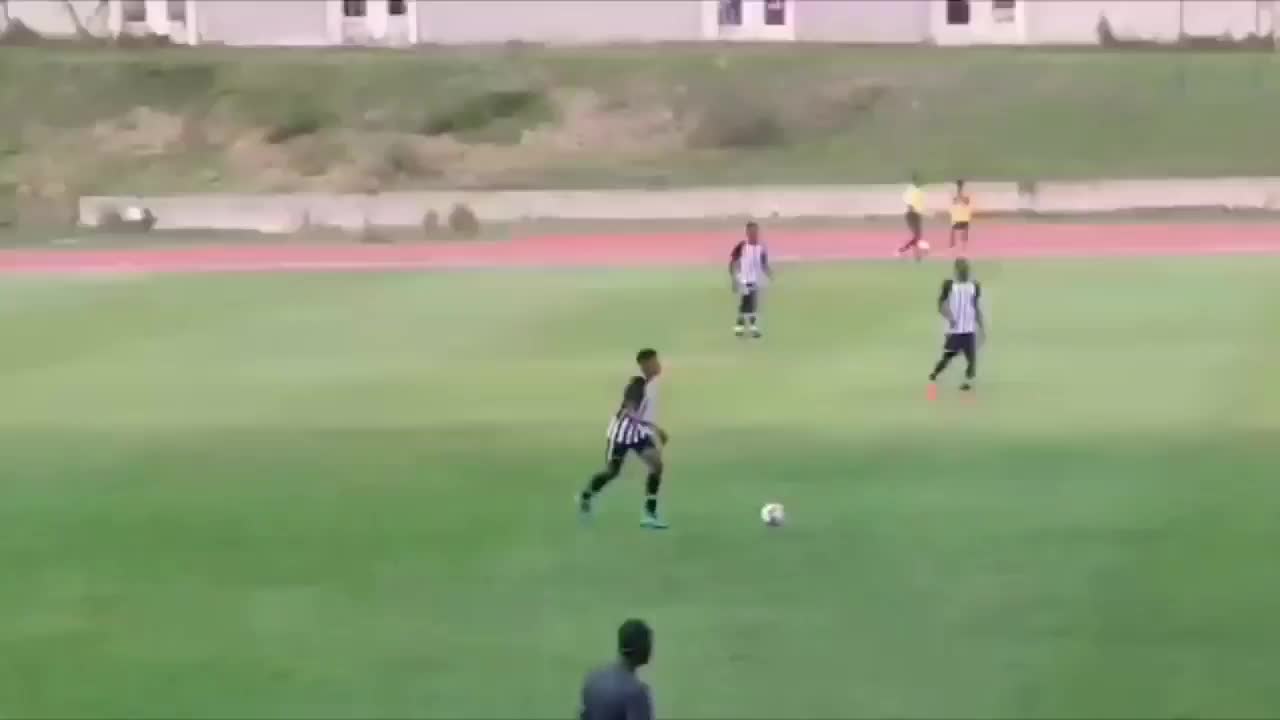 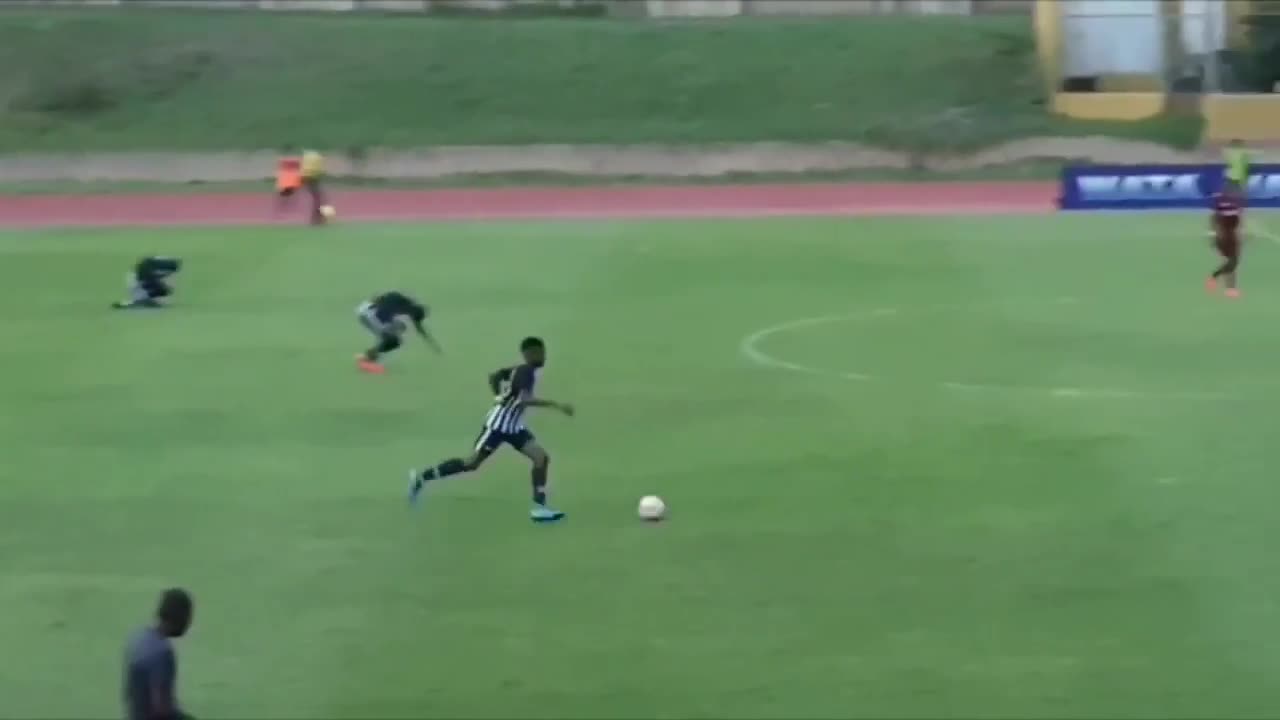 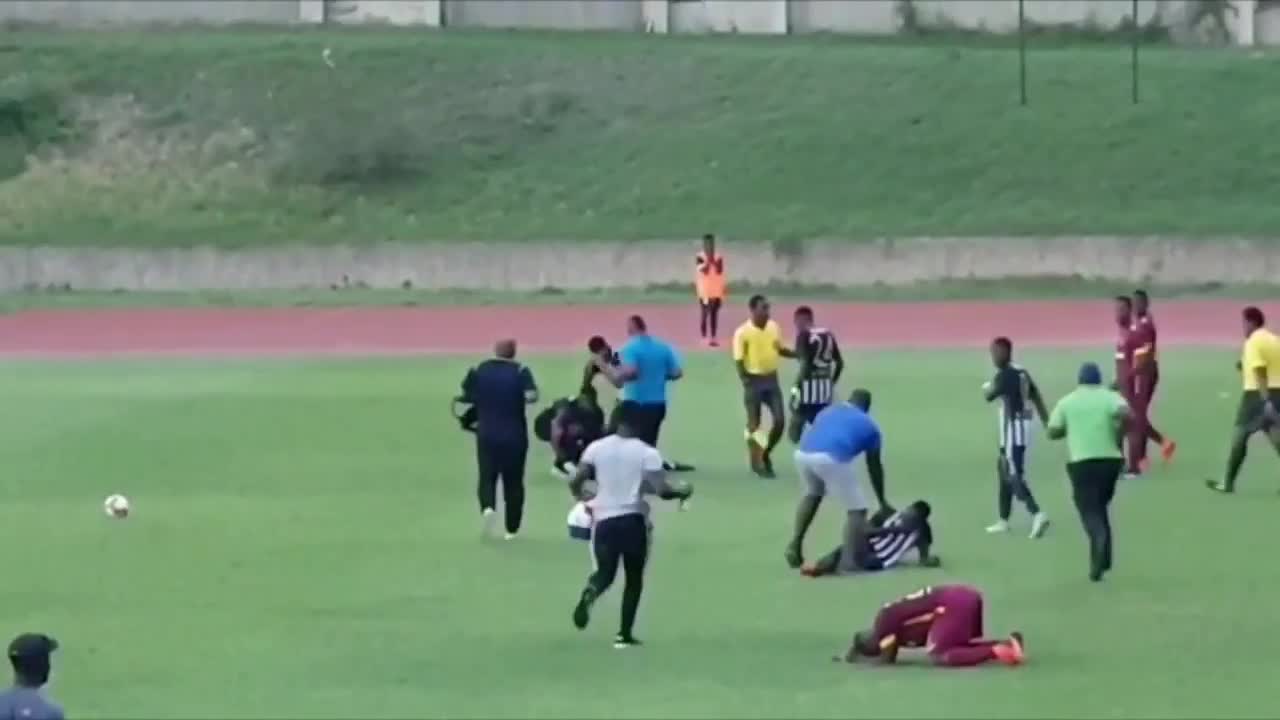 Loop News reports that Wolmer's were leading 2-1 in the second half when the bolt hit that caused four players to fall to the floor.

JC player Terrence Francis and Wolmer player Dwayne Allen were both rushed to University Hospital in West Indies for observation.

According to local outlets, Francis was stretchered off the field after he failed to respond to treatment and another of his teammates Nickache Murray was later admitted after "complaining of chest pains".

The Jamaica Gleaner added that he was held overnight after The Inter-Secondary Schools Association said tests were done and "ECG showed irregularities."

The ISSA later revealed that Allen has since been discharged from hospital while Francis has shown “significant improvement," and is now in a stable condition.

Footage of the shocking incident is now doing the rounds on social media which shows two players drop and clutch their heads after lightning strikes.

Their teammates continue to play on unaware for a few seconds before referee Karl Tyrell blows the whistle and people rush onto the pitch to help.

Calabar High's clash with visitors St George's College was blown off at half-time with the score at 0-0 and principal Albert Corcho believes the correct decision was made.

Speaking to the Jamaica Observer, he said: "I think it was the right move; we learned from what happened yesterday [Monday].

"The match can be played at any other time and I spoke to the ref and also, as an ISSA representative, I had taken the decision and as a principal, I had to look at the safety of all the boys.

“I would sanction it that we play the next half at another time which is more conducive. The safety of our boys must be the number one thing."

View this post on Instagram what’s your go to drink while visiting animal kingdom? for me, it’s DEFINITELY the night blossom! ✨🌙🌺 (extra passion fruit…

It's time to rejoice, Little Monsters! Lady Gaga is finally back to making bops with the official release of her first single in three years:…

On March 4th, Rolling Stone will host its second annual Women Shaping the Future event, celebrating, raising and honoring the most influential female voices in…